India Should Reconsider Its Stand on Investment at the WTO

Rejecting an investment agreement at the WTO is not the best strategy. It would be better to make sure the agreement addresses India's concerns.

Summary rejection of a multilateral investment agreement at the WTO is not the best strategy. It would be better to make sure the agreement addresses India’s concerns. 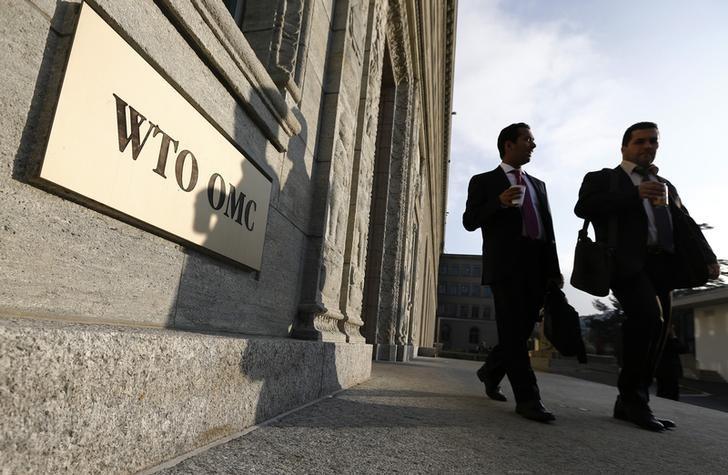 The EU and Canada, during the World Economic Forum at Davos last month, informally floated the idea of working towards a multilateral investment agreement (MIA) that would incorporate investor-state dispute settlement (ISDS) at the WTO. The WTO regulates global trade in goods and services, but not foreign investment, barring two exceptions – first, WTO contains a multilateral agreement on trade-related investment measures which prohibits measures such as local content requirements that violate the General Agreement on Tariffs and Trade 1994; second, WTO contains a General Agreement on Trade in Services, which deals with foreign investment in the service sector as one of the modes of trade in services. Globally, foreign investment is regulated by 3,000-odd bilateral investment treaties (BITs) – treaties that protect foreign investment by holding countries accountable, under international law, for exercise of their public power. The accountability of countries is fixed through the ISDS mechanism, which, unlike the state-state dispute settlement system (SSDS) of the WTO, allows foreign investors to sue sovereign states for treaty breaches before an ad hoc international arbitration tribunals.

International trade and foreign investment are closely related. According to the WTO, by the end of 2011, 49% of world trade in goods and services took place within global value chains, up from 36% in 1995. These value chains are brought about by foreign direct investment (FDI) enabling different countries to specialise in particular stages of the production of a good. Given this economic rationale, at the first WTO ministerial conference at Singapore in 1996, held soon after the formation of the WTO, member countries decided to set up a working group to examine the relationship between trade and investment. Subsequently, at WTO’s Doha ministerial conference in 2001, it was agreed that negotiations on an MIA in the WTO would commence after 2003, based on a decision taken by explicit consensus. However, since this consensus was not forthcoming, due to stiff resistance from developing countries including India, investment was finally dropped from WTO’s negotiating agenda on August 1, 2004. The current proposal of the EU and Canada seems to be an attempt to bring investment back on WTO’s negotiating table, relying on paragraph 34 of the 2015 WTO Nairobi Declaration that allows countries to “identify and discuss other [new] issues for negotiation”. However, the Nairobi declaration also makes it clear that negotiations on new issues such as an MIA can be launched only if all WTO member countries agree.

Rattled by close to 20 ISDS claims under different BITs, India’s commerce minister summarily rejected the EU and Canada’s proposal, arguing that an MIA with ISDS is not acceptable. India is of the view that foreign companies challenging sovereign regulatory measures before an international tribunal, without exhausting local remedies, amounts to an assault on India’s sovereignty. Therefore, India now insists, as evident from India’s 2016 model BIT, that foreign investors should first litigate in domestic courts before bringing an international claim. This is notwithstanding India’s overstretched and tardy judiciary.

India’s position is a curious one. Within the WTO system, other member countries have challenged India’s sovereign regulatory measures more than 20 times. However, India has never argued that because of this it plans to walk out of the WTO, presumably because India thinks it is okay for a foreign government to challenge a regulatory measure internationally but not for a foreign investor. This defies logic. How does it matter who sues India internationally as long as India’s conduct is judged against reasonable rules by an impartial and transparent dispute settlement process and as long as India complies with her international law obligations?

This is not to suggest that India’s skepticism about the ISDS mechanism is completely misplaced. Indeed, over the years, the following weaknesses of the ISDS mechanism have come to light. First, lack of transparency – often ISDS arbitral proceedings are conducted under the veil of confidentiality, at times arbitral decisions are not made public, there is little participation of the public in the adjudicatory process, the appointment of arbitrators is not always above board and so on. Second, lack of consistency in interpreting investment protection standards, which has resulted in the emergence of an incoherent case law confusing countries and foreign investors alike about the actual import of treaty provisions. Third, there is a lack of an appellate review. As a result, mistakes of law made by ISDS tribunals, while interpreting a BIT, are never corrected.

Having an MIA with ISDS in the WTO, depending on how it is structured, could actually help overcome these three limitations. How? First, assuming that an ISDS mechanism will function under WTO’s supervisory control, the ISDS mechanism can become more transparent by benefitting from WTO’s transparency rules and practices. These rules and practices include allowing other member countries, who have a ‘substantial interest’ in a matter being litigated, to make third party submissions; making information about the dispute publicly available as soon as a case is filed; making dispute settlement rulings public; providing information on compliance with the rulings; and opening oral hearings to public, which is now the case in most WTO disputes that involve the US, EU and Canada.

Second, a lack of consistency in case law under the current ISDS system exists because there are too many ad hoc ISDS tribunals applying substantive law scattered into 3,000 different BITs. An MIA will consolidate this scattered substantive law on investment protection into one multilateral agreement binding on all 163 WTO member countries. This will make the task of developing coherent foreign investment protection jurisprudence easier as the WTO’s dispute settlement body has done for existing WTO agreements.

Third, WTO’s appellate body – an appellate tribunal comprising of seven members – could act as the appellate body for the ISDS and thus correct the errors of law and contribute further towards developing a coherent regulatory system that lays down clear benchmarks helping foreign investors and states to regulate their behaviour. In any case, if an ISDS is the reason to oppose an MIA in the WTO, India could consider proposing an MIA that incorporates the current SSDS system of the WTO.

There are three more reasons why India should reconsider its position. First, India’s age-old concern that an MIA could lead to the loss of policy space can be addressed by negotiating for a balanced MIA that reconciles foreign investment protection with the host state’s right to regulate. Given the ongoing global backlash against one-sided investor friendly BITs, the time is ripe to negotiate for a balanced MIA. A balanced MIA in the WTO will bring greater predictability in the FDI process, both for foreign investors and states, and help overcome the complications caused by the ‘spaghetti bowl’ of bilateral and regional investment treaties.

Second, in the last decade or so, India has emerged as a capital-exporting country. India’s overseas FDI has increased from less than $1 billion in 2000-01 to more than $21 billion in 2015-16. This has increased the vulnerability of Indian companies to regulatory risks as the following examples demonstrate: GMR’s agreement to build Male airport was suddenly repudiated by Maldives in 2012; Sri Lanka scrapped NTPC’s plans to build a coal-based power plant in Trincomalee in 2016; and recently an Indian investor, Flemingo Dutyfree Shop Private Limited (FDF) successfully sued Poland under the India-Poland BIT, winning damages of 17.9 million euros. The last example demonstrates the usefulness of the ISDS system for Indian investors abroad. Thus, an MIA in the WTO will allow Indian companies to protect themselves from abusive regulatory behaviour in all 163 WTO member countries. Arguably, Indian companies can also protect themselves through BITs. However, this would require India to have BITs with all WTO member countries. Moreover, India’s recent decision to terminate a large number of BITs and failure to elicit positive response for her new model BIT as the basis to negotiate a new BIT has dampened the prospect of having BITs with large number of countries. Consequently, Indian companies abroad will be exposed to high regulatory risks.

Third, post the UK’s exit from the EU, rise of anti-globalisation voices in Europe and Donald Trump assuming presidency in the US, there is a clear shift towards unilateralism and protectionism on both sides of the Atlantic. This poses a grave risk to market access opportunities of developing countries like India. At this time, India should work towards boosting rule-based economic-globalisation – the best antidote to tame the unilateralism of powerful nations. This is especially so because, as IMF data shows, India has benefitted immensely from globalisation with its share of global GDP increasing from 3.6% in 1990 to an estimated 7.3% in 2016. Working towards negotiating a balanced MIA in the WTO can be one of the many steps in boosting rule-based economic globalisation. For this, India should revisit its current negotiating strategy of spending too much negotiating capital on food security, which could be more effectively dealt with by exploring the possibility of restructuring existing domestic farm-support programmes in accordance with WTO rules. Recalibrating negotiating energies will help India to effectively respond to issues like investment in the WTO. A summary rejection is not a good idea.