There is No Tibet Card for India to Play. Here's Why.

China considers Tibet a 'core' issue and any change in India's historical position would mean challenging China’s territorial integrity, to which Beijing would likely respond with violence. 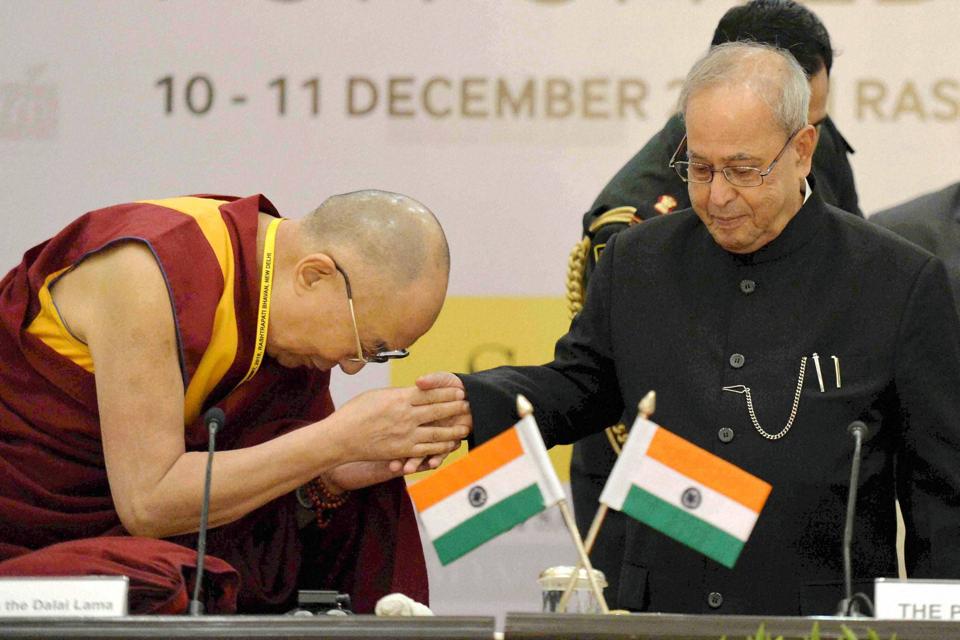 A glance at some recent news reports would suggest that the Indian authorities are assiduously being urged to “change” their policy on Tibet and that a new policy that would enable India to play the so-called Tibetan card was in the offing.

All of this is in riposte to China’s anti-India attitude that has most recently manifested in China once again blocking India’s proposal to list Jaish-e-Mohammad chief Masood Azhar as a terrorist at the 1267 Sanctions Committee of the UN Security Council.

But what is this Tibetan card and what does it entail?

When China invaded Tibet on October 7, 1950, to incorporate Tibet into the just proclaimed People’s Republic of China, it presented India with an acute dilemma – what should newly independent India do?

Hitherto policy matters pertaining to India were always decided by Whitehall, taking into consideration the British Imperial interests, including the commercial, and the safety and security of the British Empire in India.

Therefore, it was but natural, given the long history of association between Tibet, the British Indian government and China, that Prime Minister Jawaharlal Nehru thought it fit to consult the Attlee government in London. He did so on October 27, 1950.

Attlee’s advice to Nehru came in the form of an eight-point memorandum. Points two and five of this memorandum were the most significant. These were that ‘India should do what it can for Tibet … short of military assistance,’ and that ‘recognising Tibetan independence must be ruled out.’

Similarly, the British also emphasised the following points to the US. These were,

Tibet has long been judged as incapable of doing anything more than nominal resistance. Nehru accepted the British government’s advice for he maintained in a note on November 18, 1950, that ‘neither India nor any external power could prevent the Chinese takeover of Tibet.’ Having taken this position, Nehru, who was conscious of India’s inferior military position, now defined Indian policy as consisting of:

It was partially due to Nehru and the machinations of Attlee that the Tibetan question in the UN, raised by the hapless Tibetans, never preceded beyond the preliminaries. It died a natural death for by then even the US had decided to play safe.

The 17-point agreement signed between Tibet and China on May 23, 1951, ended any hopes of genuine autonomy for Tibet. Further, the signing of the 1954 India-China agreement symbolised the complete formalisation of all developments since the invasion of Tibet by China and the total elimination of Indian political influence in Tibet.

For the first time ever, India, in a formal document, recognised Tibet as an integral part of China. In international legal terms, it signalled the fact that the only country that had special relations with Tibet had now agreed to relinquish these relations and had done so without any reference or consultation with the Dalai Lama or with the Tibetan government. For the Tibetans, it can be said that the curtain was finally drawn on their aspirations to be an independent state or even an autonomous one.

From this point on till June 23, 2003, India maintained that ‘Tibet is an autonomous region of China’. Even during the 1962 conflict and thereafter, India did not waver or change its position. However, when Prime Minister Atal Bihari Vajpayee of the BJP visited China in June 2003, the formulation to describe Tibet’s status with China underwent a significant change.

The new position was that “The Indian side recognises that the Tibetan Autonomous Region is a part of the territory of the People’s Republic of China.” This position has since been reiterated in the joint statements/declarations on April 11, 2005, and November 21, 2006. Thereafter there was no mention of the status of Tibet in the January 15, 2008, Shared Vision of the 21st Century statement or in the December 16, 2010, joint communique. The above formulation was later revived after May 2014.

India stating that it now considered Tibet Autonomous Region to be a part of the People’s Republic of China had certain distinct political connotations. Firstly, it was now understood to mean that India accepted that there was no ‘invasion’ of Tibet by China in 1950 since Tibet was a part of the People’s Republic of China that had already been established in 1949. It also means that the entry of Chinese troops into Tibet in 1950 was only a part of territorial consolidation. Secondly, China had lopped off considerable parts of erstwhile Tibetan territory and incorporated these into other provinces. Thus, by recognising Tibet Autonomous Region as opposed to Tibet earlier, India also recognised its new territorial limits and the incorporation of parts of Tibetan territory into other Chinese provinces, contrary to the position of the Dalai Lama. It may also be noted that China describes Arunachal Pradesh as “Southern Tibet.”

Thus, if this is the stated position that India had taken all along, where is the space for playing the Tibetan card? Not only would India have to renege on all previous positions taken since 1950, but also consider that there is no other foreign state that recognises Tibetan independence. China considers Tibet to be a “core” issue and therefore any change in position by India would mean that a challenge to China’s territorial integrity had been made. Its reaction would inevitably be violent. In 1954, Prime Minister Zhou Enlai had told Nehru in Beijing that China was a ‘peace loving’ country, but if its territorial integrity was threatened it would react with full force. All those who insist on playing the Tibetan card should be mindful of what this entails and be wary of treating this issue with a light heart.

R.S. Kalha is a former secretary, Ministry of External Affairs and a member of the National Human Rights Commission.