Britain has been urging India to abandon its historic lack of interest in what is formally called the Commonwealth of Nations and help revitalise the grouping. 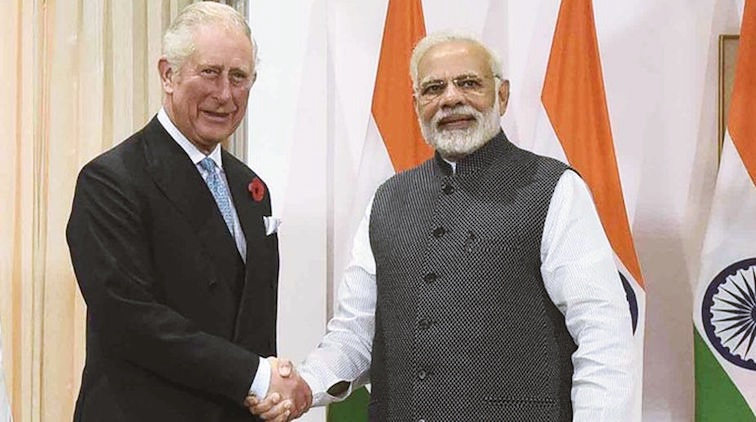 Britain is discussing with Narendra Modi’s government how India how could play a leading role in revamping the Commonwealth when the international organisation of 52 countries holds its summit in London next April. One idea being considered is that administration of the grouping should be de-centralised with specific subjects being run from other countries, breaking the ponderous grip of the imperial style Marlborough House headquarters in London near the royal family’s homes of St. James’s Palace and Buckingham Palace.

Prime Minister Narendra Modi is believed to be interested in India taking on the larger role – and maybe responsibility for trade and investment. He discussed this with Prince Charles when the heir to the British throne visited Delhi on November 8 and 9 at the end of a ten-day tour that included Singapore, Brunei and Malaysia.

Prince Charles had been invited to Delhi by Modi, and the agenda for their talks included plans for what is traditionally called the Commonwealth Heads of Government Meeting (CHOGM). Prince Charles said later that he had told Mr Modi, “As the world’s largest democracy, India’s role in all of this could not be more crucial nor her contribution to the Commonwealth more essential.”

He also followed up on a formal invitation for Modi to attend the summit that had been sent to Delhi by his mother, the Queen. Although India has not yet formally replied, Modi will accept, combining that with a formal bilateral visit to Britain that will add substance to his trip.

Britain has for several months been urging India, which has 55% of the Commonwealth’s 2.3 billion population and 26% of its internal trade, to abandon its historic lack of interest in what is formally called the Commonwealth of Nations (without the word British) and help revitalise the grouping. Downing Street has therefore been anxious that Modi should attend the summit, not only to indicate India’s new commitment to the organisation but also to take a progressively leading role in the next few years.

Indian prime ministers have not been to the summits since 2007. Modi skipped the last gathering in Malta in 2015, and prime minister Manmohan Singh did not attend the previous two in 2011 and 2013 in Australia and Sri Lanka, missing the former because he had more pressing engagements and the latter because of regional sensitivities involving India’s Tamils and the island’s human rights record.

It is not yet clear however how far India would be accepted by other Commonwealth countries as a leading player – though, of course, decentralisation would also involve others taking responsibility for subjects such as security and climate change.

India has not proved itself adept at managing diplomatic relations even with its South Asian neighbours, which resent the way it exercises its clout. This has driven all of them (apart from Bhutan, so far) to respond positively to blandishments from China. Similarly, other smaller Commonwealth nations may resent India assuming a large role, though it does expect support from African countries and probably Australia, Canada and New Zealand.

A week after Prince Charles visit, Tim Hitchens, a senior Foreign Office official who is in charge as chief executive officer of the team preparing for the Commonwealth summit, also visited Delhi. He was earlier ambassador to Japan and assistant private secretary to the Queen and now reports direct to Theresa May, the prime minister (who currently has other priorities with Brexit and a weak divided government). In Delhi, Mr Hitchens discussed details of how India could become a leading player with, among others, the foreign secretary, Subrahmanyam Jaishankar. Neither government has however yet said anything publicly, and progress will be slow till nearer the time of the summit.

Although the reorganisation ideas are at a very tentative stage, they are based on the argument that the Commonwealth, which embraces a third of the world’s population in English-speaking democracies spanning ethnic and religious boundaries, could and should develop as a significant international alliance.

This appeals to the UK, which is looking for new international post-Brexit links, though the Commonwealth’s limited record of past achievements has prevented this being treated very seriously. The idea was not helped earlier this year when someone in the British civil service dubbed its Commonwealth trade ambitions as Empire 2.0 (initially for an Africa free trade zone).

A strong Commonwealth also appeals to India because China could not be involved, unlike many other international forums where it is either a leading member or has managed to attach itself as an observer, for example in South Asia’s SAARC regional organisation.

At a time when China is pushing its One Belt One Road international initiative for economic and trade corridors linking Asia to Europe, a re-energised Commonwealth could provide a counterbalance for countries such as Australian, Malaysia and Singapore as well as India that are under Chinese pressure to co-operate. It would also fit neatly alongside the quadrilateral link-up being developed by the US, India, Japan and Australia to counter China’s ambitions.

The aim therefore is to give next year’s summit a more radical purpose than is indicated by the traditionally bland theme, Towards a Common Future, which has been chosen by the Commonwealth Secretariat with subject headings of “prosperity, security, fairness and sustainability”. These cover boosting intra-Commonwealth trade and investment, increasing security cooperation on terror and cyber attacks and organised crime, promoting democracy and good governance, and dealing with the effects of climate change. 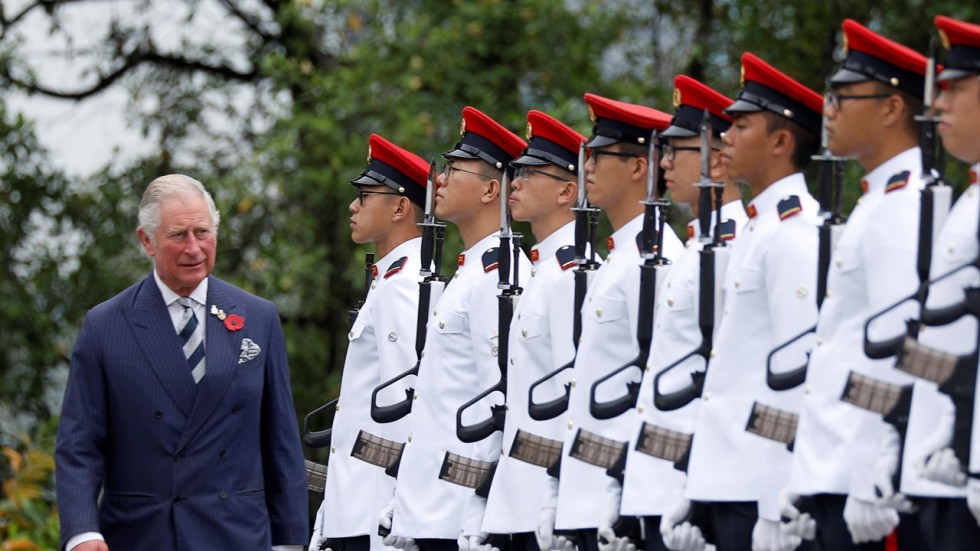 The idea of India and the UK teaming up to boost the Commonwealth first surfaced when C. Raja Mohan, a leading Delhi-based analyst on international affairs who now heads Carnegie India, wrote about it in an anthology published in 2011. Called Reconnecting Britain and India, it was edited by Jo Johnson, a former Financial Times journalist (and correspondent in Delhi), and now a minister in the British government, and Rajiv Kumar who now heads the NITI Aayog (planning commission).

Raja Mohan had little time in his essay for the Commonwealth, which is valued by many member countries for the often low-key work that it does. He said it had been a “political bully that was incompetent at its best, impotent at its worst, and increasingly irrelevant on the economic front”. But he suggested that India should take over some of the leadership role from London because, as a rising power, it could influence the Commonwealth’s economic prospects and emerge as a new influence countering China’s dominance.

Mohan’s words were prophetic on China but I found few supporters for his ideas at the time, either in Delhi or London, when I wrote about it on my blog. Mohan acknowledged to me that the idea “is indeed new and does not have much currency at the moment”, but added: “A rising India must consider taking over the leadership of the commonwealth at some point of time”, working with English-speaking leaderships of Commonwealth countries in Africa, the Caribbean and the Pacific.

There were few supporters in Delhi in 2011 because the idea was not on the government’s agenda, but that has now changed with Modi’s positive interest in carving out new international roles for India. Similarly, Britain now has its post-Brexit motives. There is however widespread international scepticism about whether the Commonwealth, which has little significance at present, can become an effective force.

One prominent advocate of a large India role is Manoj Ladwa, an Indian-born businessman and consultant based in London who is on the board of the Commonwealth Enterprise & Investment Council. Ladwa was one of the top people in Modi’s highly successful general election campaign in 2014, and was also in charge of the prime minister’s triumphant mass rally in London’s Wembley Stadium in November 2016. Earlier this year he produced an anthology of essays that included the Commonwealth ideas called Winning Partnership: UK Relations Beyond Brexit in July, where he advocated India becoming a Commonwealth “business hub”.

“The Commonwealth cannot continue to be London-centric and it is only right and proper for India, with 55% of the Commonwealth’s 2.3 billion population and 26% of its internal trade, to play a more frontal and central role,” he told me just before Prince Charles arrived . “This could be done by India providing facilities for trade and investment”. Continuing that theme, he added: “This is not a solution to all problems, but it is worth having a look at. The Commonwealth has remained relatively stable but has not done all it could because it is London-centric”.

Prince Charles will stand in for the Queen, who is 91, during most of the summit events next April. This is part of efforts, which seem to have been successful, aimed at ensuring that his role as head of the Commonwealth is not disputed by other member countries after he succeeds his mother and becomes King. Locations for the summit’s official meetings will include Buckingham Palace, with a leaders’ retreat hosted at Windsor Castle, one of the Queen’s homes. In parallel, there will be other events including a large business forum.

The undeclared theme of next April’s summit will however be to move on and turn the Commonwealth into a worthwhile international alliance, not just a post-imperial club with noble intentions and some good works.

John Elliott is a former Financial Times journalist who has been based in India for over 25 years and writes a current affairs blog called Riding the Elephant.

This article was first published on Riding The Elephant. Read the original article here.