Is India Finally Getting Serious About Its Connect Central Asia Plans?

Although Central Asia holds many strategic advantages for India, not much has been done to take this forward. But recent developments in our neighbourhood could serve as the much-needed wake up call to New Delhi to pursue its regional policy plans. 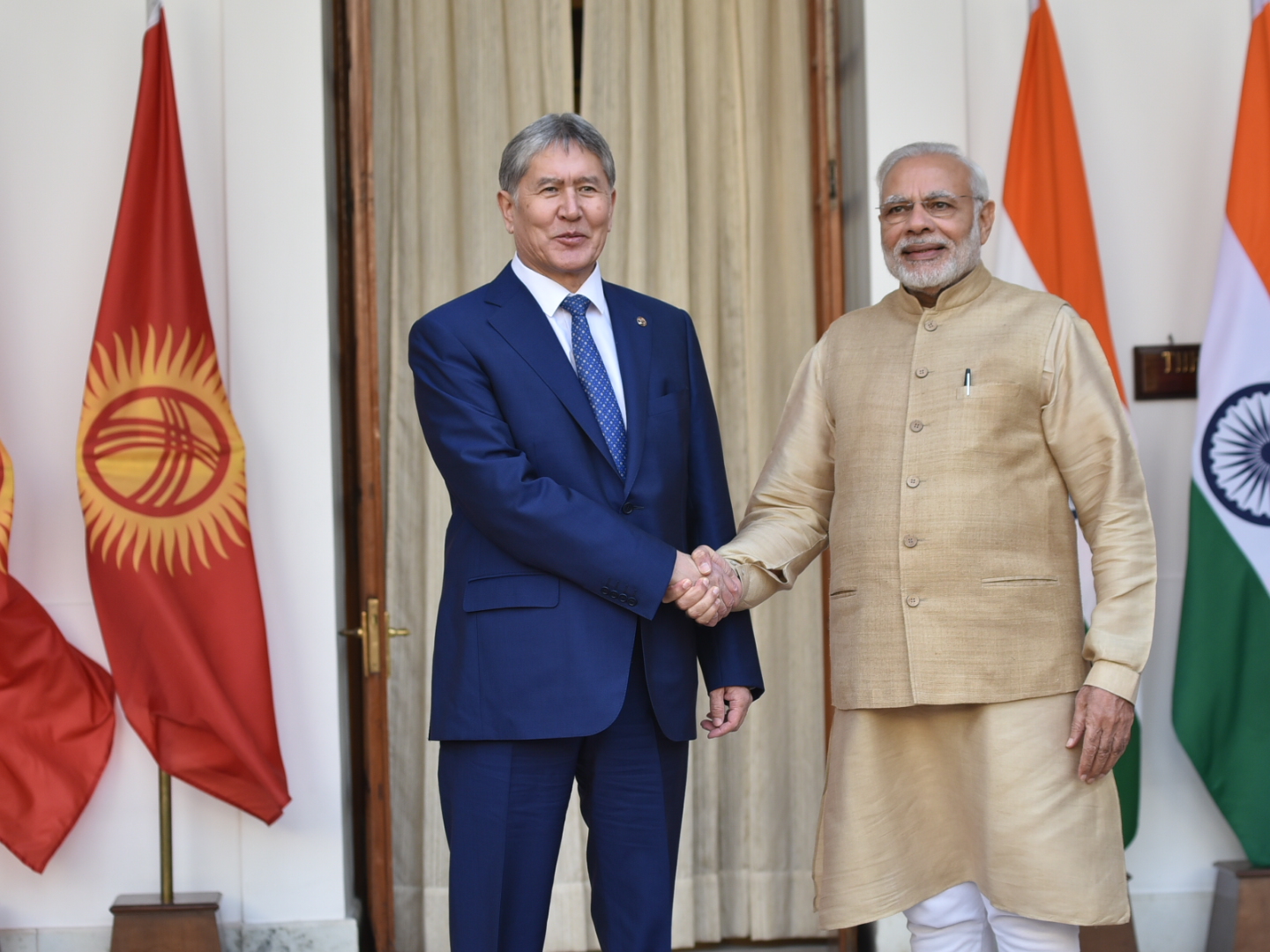 On Tuesday, December 20, Prime Minister Narendra Modi held delegation-level talks with President Almazbek Atambayev of Kyrgyz Republic, who was on a visit to the country, with the two sides reiterating their commitment to bolster bilateral ties. Days earlier, on December 17, the president of Tajikistan, Emomali Rahmon, had also visited the capital and held bilateral talks with Modi.

Energy-rich Central Asia, with which India shares historical linkages, holds great strategic importance for the country. India hopes to build closer political, security, economic and cultural relations based on ancient civilisational linkages even though it no longer shares physical boundaries with the region. This does pose some challenges; although these countries are quite close, the connectivity with Delhi is not always as smooth.

The ‘Connect Central Asia’ policy was first unveiled by E. Ahmed, the former minister of state for external affairs, in 2012 during the first Track II meeting of the India-Central Asia Dialogue in Bishkek, the Kyrgyz capital. The policy is often seen by many as an alternative to China’s earlier New Silk Road and current One Belt One Road (OBOR) initiatives.

Proposed connectivity projects have largely remained on paper and any progress has been at a snail’s pace. Except Afghanistan, where India has invested heavily as part of its commitment to help rebuild the country, and Iran, from which it buys the substantial amount of its petroleum products, India has made limited outreach efforts to the Central Asia countries.

Take for instance the Chabahar port project which suffered setbacks due to international sanctions on Iran for much of last two decades. After Modi’s visit to Tehran in May this year, the project is back on track. Once the Chabahar port is ready, it can become an important anchor for trade to and from Central Asia via Afghanistan. 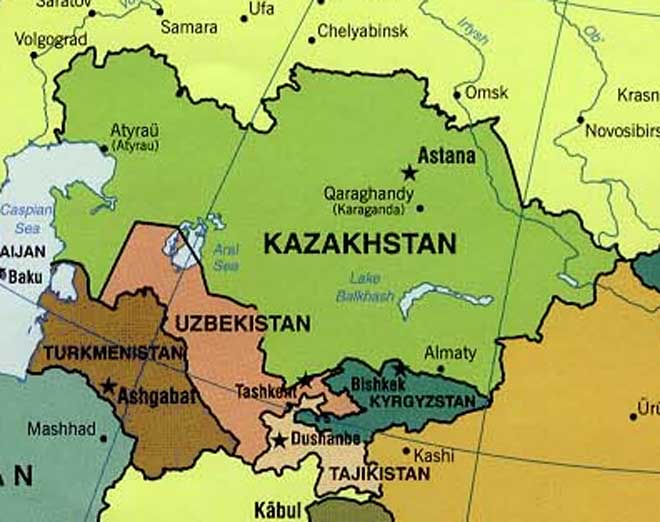 The Chabahar port project’s main rival is the Gawadar port in Pakistan, set up with China’s help and which will be an important feature of the China–Pakistan Economic Corridor, especially considering China is building rail and road links in Central Asia under the OBOR.

The International North South Transport Corridor is another crucial project that will connect India with Central Asia. Modi’s cabinet has already given the go ahead to India’s plans of acceding to the multi-modal transport agreement, known as Ashgabat Agreement, which will serve as an international corridor facilitating the transportation of goods between Central Asia and the Persian Gulf. Talks are also on for India to join the Shanghai Cooperation Organisation as a full member.

Through all these projects, energy hungry India hopes to import oil and natural gas, and rare metals like uranium from Kazakhstan for its nuclear plants. India also hopes to expand markets for Indian products, although this will not be easy as these markets are flooded with Chinese goods. India can leverage its potential in the IT sector, soft skills training, textile, hydropower, pharmaceuticals and healthcare industries. There is also scope of collaboration in the agriculture sector and hydro power, particularly in Tajikistan.

While a large number of academic conferences have been organised discussing India’s vision of ‘Connect Central Asia’, the full potential of the policy remains untapped. In practical terms, China has far surpassed India in the region, investing millions of dollars in building road and rail networks since it shares borders with three countries – Tajikistan, Kyrgyz Republic and Kazakhstan. Besides, China also offers hundreds of scholarships to students from each of these countries, while India offers only a handful to students from the region.

Tajikistan, which borders Pakistan, Afghanistan and China (and Kyrgyz Republic and Uzbekistan), has been a close ally of India and is a “valued friend and strategic partner in Asia,” as Modi put it. The country served as an important link for India in the 1990s when India recognised and supported the Northern Alliance government in Afghanistan and practically had no ties with Taliban government. Tajikistan has set up a field hospital in Farkor at the border with Afghanistan to treat Northern Alliance fighters. According to reports, it also had a “quietly functional” small base to aid the Afghan government, and helped service and repair Mi fighter planes.

In 1995, India extended a $5 million credit line to Tajikistan to set up a joint venture with a private Indian company for the production of pharmaceuticals. Despite these links, bilateral trade is not too high at a little over $58 million of which $53.7 million are export from India. 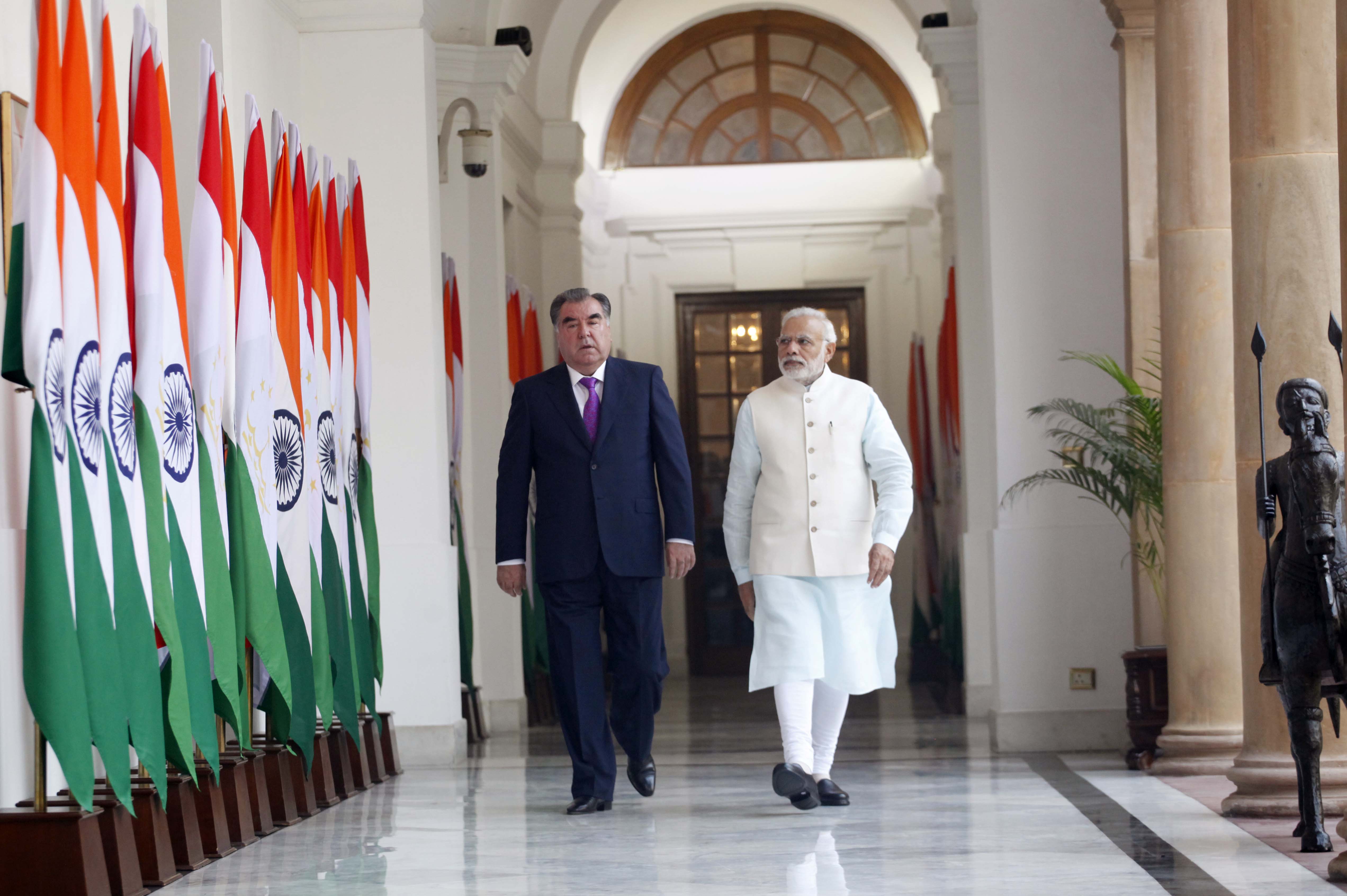 The field hospital in Farkor was closed and in 2003 a fifty bed “India-Tajik Friendship Hospital” was started in Qurghonteppa, southern Tajikistan. Although so far there has been no official statement from the government, there have been reports for years now that India is quietly setting up its first full-fledged outpost airbase in Tajikistan. The Ayni airbase, near capital Dushanbe, according to a 2013 Times of India report, already had 100 Indian military personnel. According to a recent report, the India government is planning to deploy a fleet of MiG-29 fighter-bombers at this base. This is of strategic importance, as southern Tajikistan borders Afghanistan and Pakistan.

Physical and political hurdles have hindered India’s prospects in Central Asia despite civilisation linkages. With Modi at the helm, the Indian government has shown rare swiftness as he has talked of a ‘neighbourhood first’ policy.

Although no new significant announcements were made, the visits by Atambayev and Rahmon, coming weeks after Afghan President Ashraf Ghani’s visit to India for the Heart of Asia conference, assume lot of significance.

Atambayev was on his maiden tour to India where he participated in a bilateral business forum, besides holding bilateral talks with Modi. The joint statement issued acknowledged that the bilateral trade between Kyrgyz Republic and India is currently below potential – in 2015-16, bilateral trade was $27.99 mn – and pledged to explore opportunities for cooperation. Also discussed were the joint military exercises and the need for increased cooperation in defence. The countries also hope to leverage the direct flight from Delhi to Bishkek and use it for tourism, including medical tourism purposes.

Rahmon, meanwhile, also held extensive discussions with Modi on “bilateral defence and security cooperation and decided to further extend and expand existing cooperation”. Modi and Rahmon discussed the prevailing situation in the region and “stressed that terrorism and extremism seriously threaten peace, stability and progress for all countries”. Besides, four new pacts were also signed, including one related to financial intelligence.

The main concerns for India remains thorny ties with Pakistan and instability in Afghanistan. India has often mooted the option of regional connectivity minus Pakistan, in which Chabahar will be the major anchor, connecting Indian ports via sea. But recent developments in the neighbourhood – Pakistan, which already has excellent relationships with China and Iran, is gradually cosying up to Russia as well – should serve as a wake up call to India.

One can only hope the new-found rigour in foreign policy vis-a-vis Central Asia will continue and these talks will pave the way for concrete action in the near future.

M. Reyaz is a research scholar on Central Asia at the Academy of International Studies, Jamia Millia Islamia and also teaches at Aliah University. He tweets @journalistreyaz