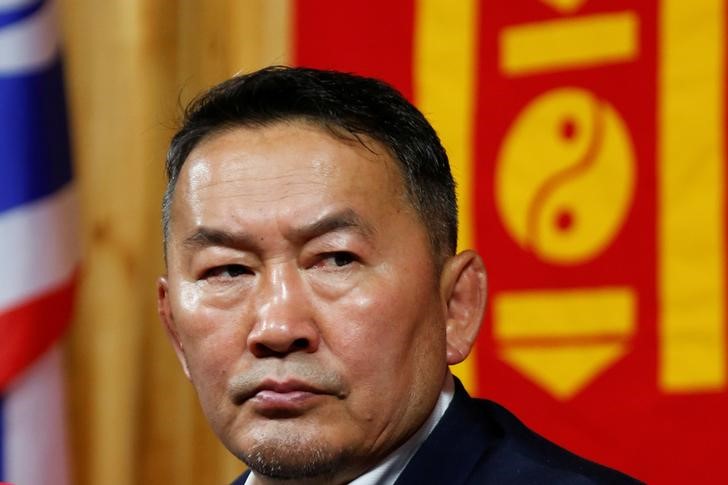 The poll was seen as a referendum on the government’s economic recovery plans and the role of southern neighbour China in the landlocked but resource-rich country known as the birthplace of Mongol emperor Genghis Khan.

Battulga, of the opposition Democratic Party, won with 50.6% of the vote on a 60.9% turnout, giving him the majority needed to overcome his opponent, said parliament speaker Miyeegombo Enkhbold of the ruling Mongolian People’s Party.

Election officials are still, however, waiting on a final count of votes from abroad.

The election campaign was marred by political mudslinging from all sides and the public perception that none of the candidates were fit for the job, according to Luvsanvandan Sumati, the head of polling group the Sant Maral Foundation.

Enkhbold’s loss was definitive. He trailed far behind Battulga with 41.2% of the vote due to the nearly 1,00,000 blank votes submitted in protest at the choice of candidates.

Friday’s run-off was scheduled after the June 26 vote failed to result in a outright winner.

Some investors have been wary of a Battulga presidency because of his calls for more state control of some mines and his suspicions of China, Mongolia‘s biggest trade partner.

Despite past protests, he has said he will stand behind plans to build a key railway to China from the enormous Tavan Tolgoi coal mine and has praised China’s Belt and Road pan-Asian infrastructure initiative.

“He may push projects that are politically motivated but not economically justified,” said a Mongolia-focused institutional investor who asked not to be named.

Battulga rose to fame as a Mongolian wrestler. His businesses include a hotel, a Genghis Khan-themed amusement park and food companies for baked goods and meats.

Tsakhia Elbegdorj will step down as president after finishing his second and final term.

Battulga’s opponent Enkhbold has stood behind the current government and prime minister, pledging to stay the course for economic recovery following a $5.5 billion rescue package from the IMF and partners in May.

Battulga captured the attention of voters who feel Mongolia received a bad deal on investments, promising greater government control of strategic mines, such as Rio Tinto’s Oyu Tolgoi copper mine.

Mongolia is a parliamentary democracy. The government is run by a prime minister, but the president has powers to veto legislation and make judicial appointments.