For Wang Qi and His Indian Family, a Bittersweet Return to China

Vishnu Wang spoke to 'The Wire' about his experiences in China, not knowing Mandarin and how he feels about the possibility of his father remaining in China. 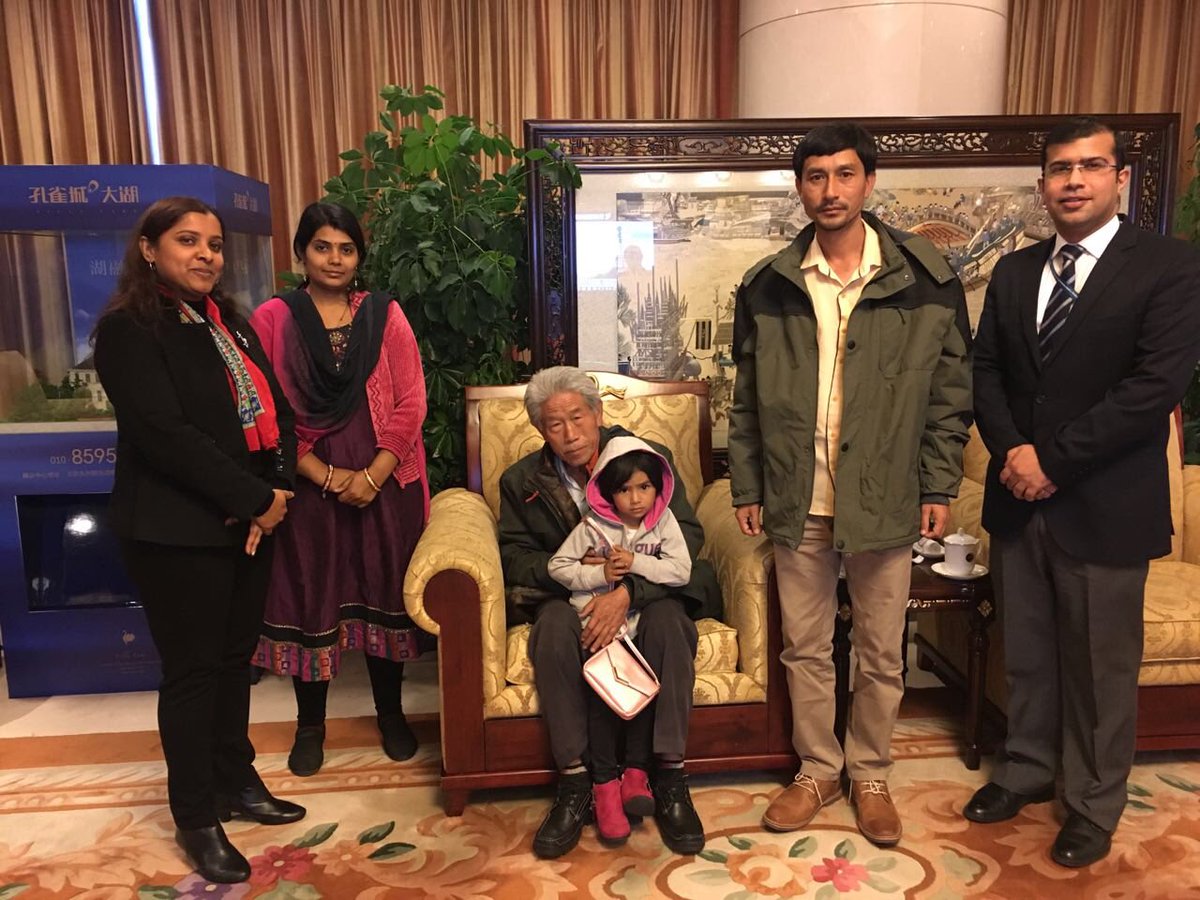 New Delhi: It has been over two weeks since his unexpected journey to China – and Vishnu Wang doesn’t know when he will be back.

On February 11, the story about his father, Wang Qi, went around the world – an 78-year-old man who returned for the first time to a country that he had last seen as a young PLA soldier in 1962. He was a celebrity in China, feted at each stop as he travelled towards his hometown, where he had an emotional reunion with his brothers and sisters after more than half a century of being apart.

Silently shadowing Wang’s each step were his son, daughter-in-law and granddaughter – his Indian legacy.

For 35-year-old Vishnu, who was given a two-year Chinese visa on his Indian passport – just like rest of his young family – it has been an even more profoundly life altering trip. While his father had memories and the language to guide him back to a transformed country, Vishnu is un-anchored.

From their temporary abode at the house of “bade pitaji” (eldest uncle) in Xianyang city, Vishnu spoke to The Wire about the sudden developments in his life, which he had always hoped would come true for his father, but never expected to actually witness.

After a delirious first few days, Wang has settled down to enjoy the company of his family and has been catching up with the life histories of his three brothers, two sisters and their large progeny.

“There are over 50-60 people in the extended family… I am probably the youngest among them,” Vishnu noted, with a laugh.

Vishnu didn’t learn to speak Chinese from his father, so Wang sometimes translates for his son. Or Vishnu finds another relative with whom he can converse in English.

“There is only one brother now left in the village that he [Wang] grew up [in]. Everyone is scattered, but mostly living in Xianyang,” Vishnu said.

Usually, these impromptu clan gatherings end with a round of questions, with the Chinese relatives wanting to know about Wang and his children’s life in India.

The conversation often veers towards Vishnu picking up new words in Mandarin or teaching his cousins their Hindi equivalents. “They call India as Yindu. So ask they me ‘what is the name for tomato, in the language of Yindu?’ I have picked up some words for ‘potato’, Namaste – ‘ni hao’ and ‘I am going to sleep’,” he said.

Learning the last phrase is perhaps necessary as their days have been filled with visitors dropping in to reacquaint themselves with long-lost Wang and his Indian family.

“One day, many of his friends from college came to meet him. They all remembered him and talked for hours. They even got a photograph of my father in college,” Vishnu said.

Vishnu was brought up in Tirodi, a small hamlet in Madhya Pradesh, where his father ended up after his release from a series of jails across India in 1969 – six years after he first strayed into Indian territory. He married a local girl, Sushila, and had four children. His life split into two parallel paths of struggle – to support his family and find a way to return home to China. 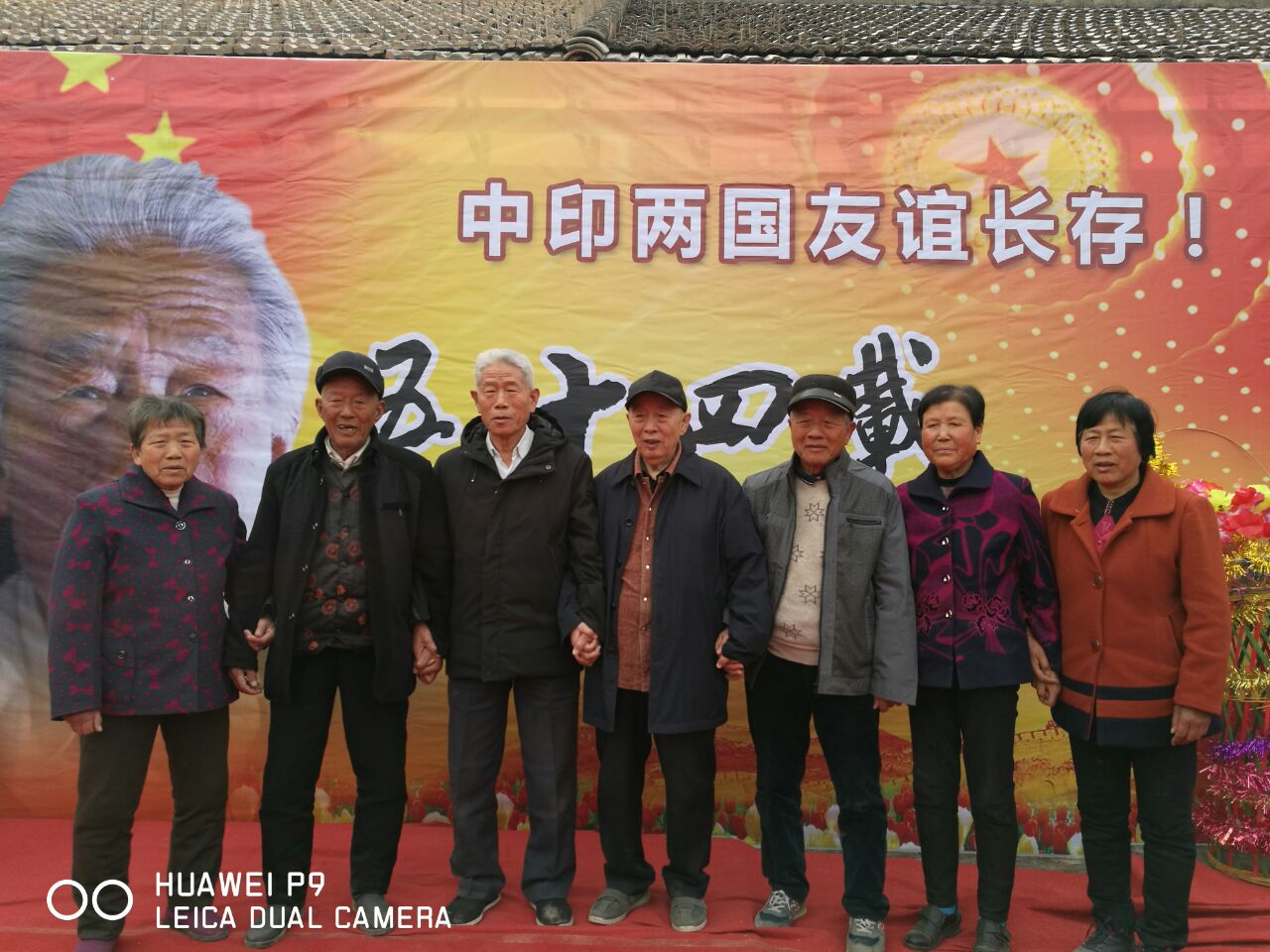 Wang Qi with this siblings. Credit: By special arrangement

As Wang basks in the company of his relatives in Xianyang, Vishnu admits that there has been pressure on him to remain in China, to spend his twilight years there. “I actually don’t know,” Vishnu says when asked if his father will remain in China. “We will probably have a serious chat in a couple of days on this. I don’t want to pressure him now to take a decision when he is just come back to China.”

Vishnu mused on whether he could live in China if his father decided to stay back. “I will obviously have to learn Chinese”. His young daughter would probably be much faster in picking up the language, he added.

While both Vishnu and his wife are strict vegetarians, he rubbished the assumption that they are facing any culinary hardships. “There are fruits… rice. It is not a big problem,” he said, dismissively. His father, meanwhile, has been indulging in Shaanxi’s famed dishes, especially its noodles.

For Vishnu, the happiness that he has seen on his father’s face in the past month has made the decades of innumerable appeals and closed doors worth it.

“See, you have to understand. From the time I can remember, I have seen my father do backbreaking work to support and educate us… In college, there was a time when there was no money for my education. I saw him almost begging to collect enough for my fees,” said Vishnu, who now works as an accountant with a private firm in Tirodi.

Vishnu had been at his father’s side all these years – writing letters and making rounds of government offices. “We must have written hundreds of letters to the PM, Supreme Court, collectors, SPs, collectors, chief ministers… We have this big file of correspondence dating back to 1971,” he said.

In between all this, Wang managed to contact his family in China and used to speak regularly with his mother and brothers. But then, tragedy struck. Wang’s elder son died in 2005, he was only in his twenties. A year later, Wang’s mother, who had waited so long to see her favourite son again, passed away. “My father’s life has been full of tragedies,” Vishnu said.

In 2009, a nephew from China visited India and both Wang and his son travelled to Delhi to meet him. “He had even got the childhood photos of my father”.

The nephew left, but with renewed determination to pull some levers back in China. Due to the documentation that the family provided to the Chinese government, the embassy in Delhi issued a passport to Wang in 2013.

But even after that, there was no sign that Wang Qi would be able to see his country or family back home again. 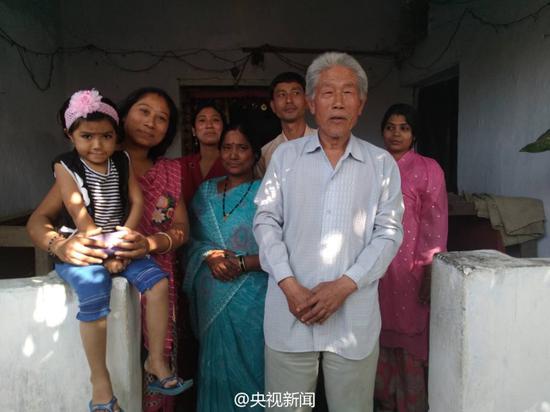 In October last year, a local edition of the Hindustan Times was the first to chronicle the sad, strange tale of Wang. This was followed by more reports in the Bhopal edition of the Times of India, Nai Duniya, news agency PTI and a local TV channel. However, none of them were really able to push officialdom out of its ennui.

Vishnu and his father again travelled to Delhi to visit the Chinese embassy on November 17, where officials assured them that his case continued to be on their radar. The Chinese officials told the duo again that if Wang wanted to visit China, he required clearance from Indian authorities. But Indian authorities told them that obtaining a no objection certificate was not possible, as there was no record of Wang’s existence for the last 30 years.

Meanwhile, BBC Hindi tracked them down in their small house. On January 31, BBC published a report and video about Wang. It took just a day or two for his story to spread like wildfire across the online world. And a slumbering giant was finally awoken.

Under public pressure, the Chinese foreign ministry leaned on the embassy in New Delhi. “On February 3, reporters from People’s Daily, CCTV, CRI, who are posted in India, came and talked to my father about his life,” said Vishnu.

The same day, the Chinese foreign ministry’s spokesperson offered the country’s first public statement on the case, stating that Beijing was “very sympathetic with the conditions Mr. Wang is currently facing and have been offering help”.

Meanwhile, the Indian Ministry of External Affairs (MEA) made it clear to the home ministry that any further foot-dragging on Wang’s case, which was a genuine humanitarian issue, could be detrimental to Indian interests.

The Wangs were summoned to the Balaghat district collector’s office on February 7. “He told my father that here is a form for Indian citizenship that you can fill up… Pitaji told him that he has a Chinese passport, so why should he go through this,” Vishnu told The Wire.

The senior district official then told them to return to his office in a couple of hours. When they went to the district office, there were direct instructions from the MEA that the Wangs had to leave India by February 10 in time for the Chinese lantern festival and therefore their travel documents had to be processed at the earliest.

“I had already got a passport, but I filled up the online (application) forms for my other family, wife and daughter,” Vishnu said. His mother, who had fallen ill, preferred to stay back. The process for police verification was completed promptly on February 8, with two collectorate clerks accompanying the Wangs to the various offices.

In the early hours of February 9, they left for Bhopal by road to get their passports from the regional passport office. The next day, they reached Delhi. An MEA official collected their passports and got them the visa from the embassy, while his father’s stay was regularised with a visit to the Foreigners’ Regional Registration Office.

Before they knew it, Wang, his Indian family trailing behind, had reached Beijing on February 11. It had taken barely a week to get the Indian bureaucracy to end Wang’s 54-year-long wait.

Vishnu often finds himself comparing India and China, but prefers not to voice his comparisons, worried that his observations could be misinterpreted. “The big crowds greeting us ended just last week, but I had kept a distance from reporters. I didn’t want to say anything which is taken wrongly. I can’t say that India is better or China is better. Our dream has been fulfilled because the two governments of India and China work together”.

The 2011 Census records Tirodi’s population as 8,451 people. The city of Xianyang, located in Shaanxi province in central China, has over five million residents.

But he does admit that China seems to have greater state capacity when it comes to the implementation of rules. “Nobody throws rubbish outside.. On the road, traffic rules are obeyed,” Vishnu said.

His mind does wander towards ‘what if’ scenarios, particularly about his father remaining in China. “He would certainly have been happier here,” Vishnu admits quietly. “But, then…I wouldn’t have been here.”