Under Donald Trump, relations between India and the US are going to soar because he will see India as a natural ally, the Indian-American told The Wire. 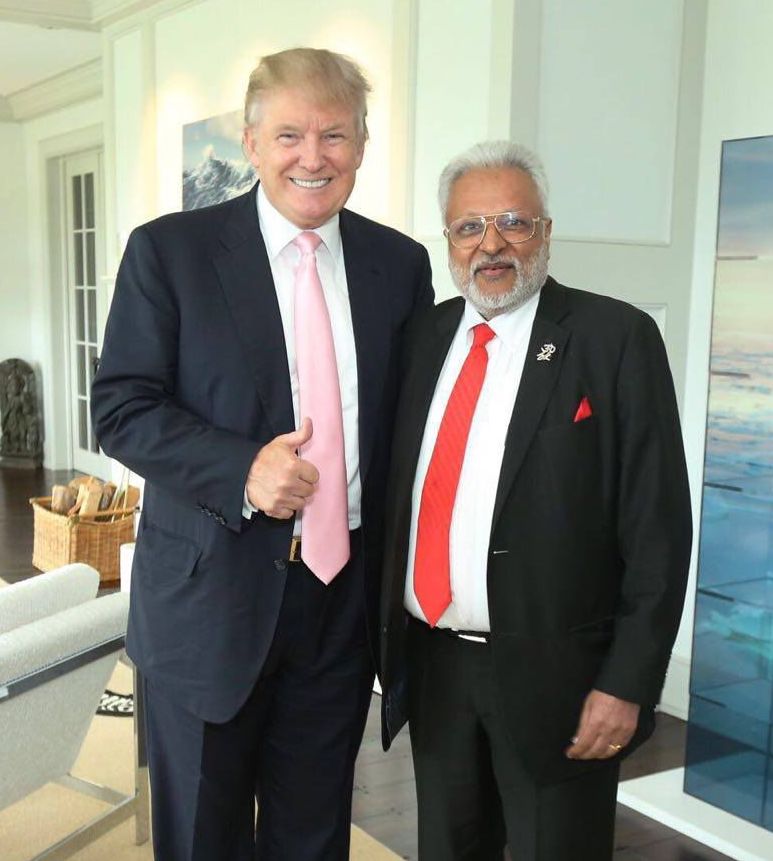 New York: Indian American business tycoon Shalabh Kumar has an uncanny knack for picking winners. He makes a beeline for them early in the race when they are solid underdog bets.

Kumar has been a staunch Narendra Modi supporter and in 2013, he was part of a US Congressional delegation to Gujarat that ended Narendra Modi’s diplomatic isolation. It was the highest-level US delegation to meet Modi since the 2002 riots.

A hardcore Republican for several years, Kumar joined the Donald Trump campaign when hardly anyone gave him a chance. Kumar became the ‘Indian-American’ face of the campaign and emerged as one of Trump’s biggest financial backers. After Trump’s victory, Kumar has been appointed to Trump’s Transition Finance and Inauguration Committee.

Kumar says he was won over by Trump’s tough words for Pakistan when he first met Trump at his mansion in the Hamptons. The Indian American tycoon, who is the founder and head of the Republican Hindu Coalition (RHC), is one of only a handful of donors to contribute to what Trump fundraisers call the “double max” – the holy grail of campaign fundraising. Kumar sent $898,800 to Trump Victory. While the individual maximum donation is $449,400, the “double max” is when a wealthy donor also gives the maximum contribution in the name of his spouse, as Kumar has done.

Kumar sat down for an interview with The Wire. Excerpts follow:

You backed Donald Trump for president – a lonely position in the early part of the election cycle, but a decision that now seems prescient. Do you feel vindicated?

It isn’t so much a question of vindication. I believed in the wisdom of the American people. We have had too many career politicians making promises during the elections, but when they go to Washington they change. Donald Trump is not a politician, he is going to be a straight-forward businessman-president.

Trump’s phone call with Pakistani Prime Minister Nawaz Sharif has sent an unwelcome message to India. In the call, Trump said, “I am ready and willing to play any role that you want me to play to address and find solutions to the outstanding problems.” Since India doesn’t want US mediation in Kashmir, can you explain Trump’s position and what’s the best hope that you can offer India?

Prime Minister Sharif has given reporters a read-out of the telephone conversation, but Trump has never acknowledged that any of these things are true. It is simply Sharif’s version. More significantly, Nawaz Sharif sent his top foreign policy aide Tariq Fatemi, to the United States to meet with Trump’s transition team. Sharif’s emissary was here for ten days but he wasn’t even allowed to meet a mid-level advisor or member in Trump’s incoming administration. I was reassured by the Trump inner circle and told not to worry about the Pakistani statement but “watch real actions.” Seen in this light, Fatemi was denied access to the incoming Trump administration.

What can India expect from a Trump presidency?

We are likely to see a much more rounded defence, trade, cultural and diplomatic relationship between India and the US. Trump sees the huge business potential of India and his administration will aspire to boost bilateral trade to $300 billion from a little over $100 billion a year currently. Deals on the defence side will reflect the new energy to deepen ties with India under Trump. Trump recognises that India is hungry for technology, hardware, energy and advanced weapons.

India has ratified the international treaty on nuclear liability and for the most part the liability issues have been worked out. Now American suppliers have to be convinced to go along with that and move forward with projects. On the energy side, India is also looking to increase natural gas in its energy mix and has been urging the US to green light liquefied natural gas (LNG) exports. Washington doesn’t allow gas exports to any country with which it doesn’t have a free trade agreement, but in the past it has made an exception for India’s state-run energy giants. You can expect things to move forward on the energy front rapidly under a Trump presidency. The US would also support India’s development as a manufacturing hub, especially on the electronics side, as a counterweight to China. Trump sees India as a natural ally and its rise as a superpower will bring peace to the region.

Do you think India will find in Trump an ally against radical Islamic terror?

Pakistan will not get a blank check anymore. Pakistan has received billions through foreign military financing, coalition support funds and development assistance. Yes, it will get foreign aid but it will be contingent on Pakistan taking action against terrorists. I would advise Trump to strengthen Nawaz Sharif’s hand so that he can boost education and root out madrassas.

Republican Congressman Ted Poe from Texas had introduced a bill in the US congress aimed at designating Pakistan as a state sponsor of terrorism. The bill aimed at cutting off foreign aid to Pakistan had cited infractions by Pakistan in its sponsorship of terrorism. Trump would have no problem supporting a bill like that.

Trump will not let Pakistan get away with saying one thing and doing another. He is not used to double-talk. Trump is going to hold Pakistan’s feet to the fire.

Trump won applause at your event in Edison for comparisons between himself and Modi, who he called a “great man.” Do you think the two leaders have a lot in common?

Trump sent a bleak signal to the Indian IT industry by picking passionate H-1B visa critic and anti-immigrant hardliner Alabama Republican senator Jeff Sessions as his choice for attorney general. Does India have to worry when it comes to H-1B visas?

Jeff Sessions is a good friend. He attended our October event in Edison. India has nothing to worry about on the H-1B visa front. The attorney general will only be proactive in prosecuting companies that abuse the H-1B visa system. Overall, H-1B visa holders and L-1 visa holders have nothing to worry about. The US economy is going to grow under Trump. In a high growth environment, the US economy will need IT professionals as it doesn’t have enough engineers. Under the Trump administration the wait time to get a green card for a H-1B visa holder will also decrease. 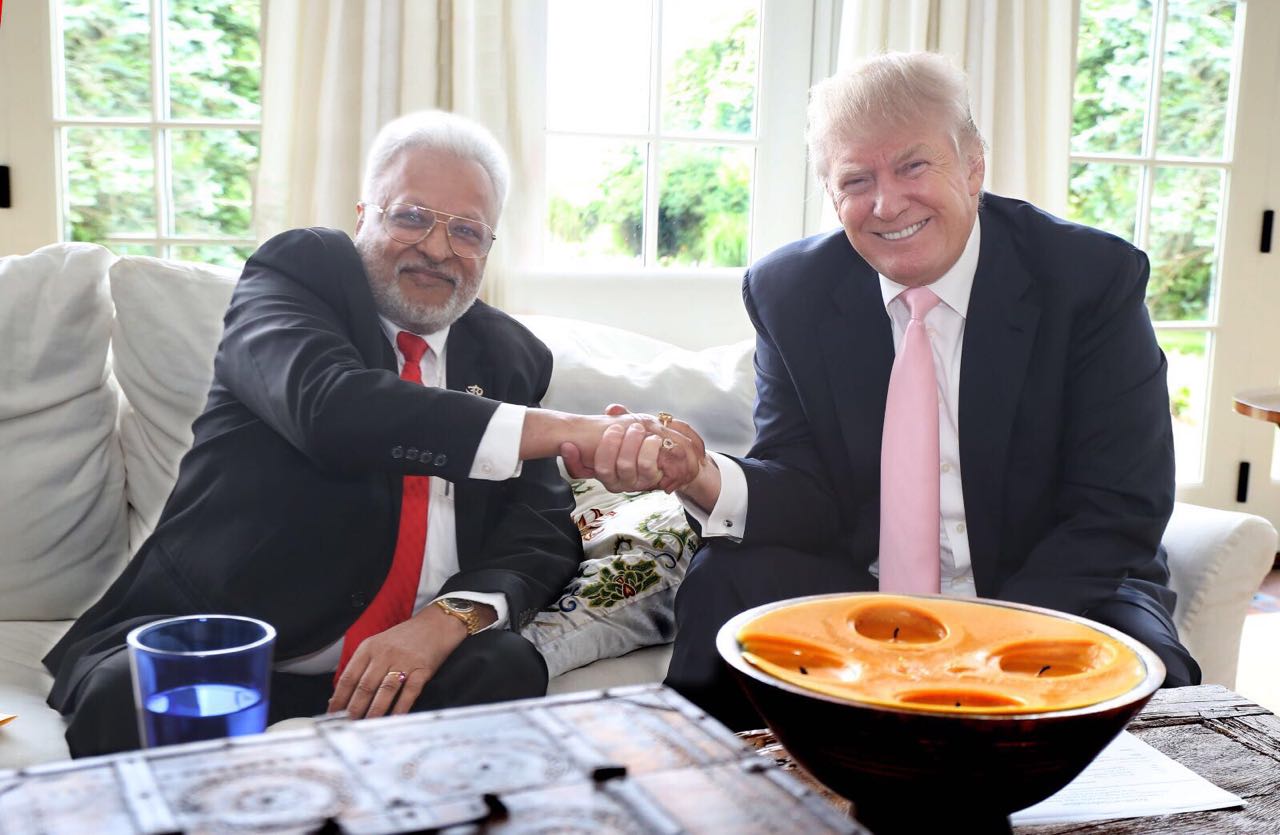 Will a Trump presidency have a short-term chilling effect on foreign students coming to the US, not unlike there was after 9/11 because of the racist rhetoric and hate crimes after the elections?

This fear is a creation of media hype. International students have nothing to worry about. Trump is a businessman and a forward thinker. He recognises that skilled immigration is necessary for the US economy to grow. Silicon Valley was fueled by start-ups launched by immigrants from countries like India. The number one objective for the Trump administration is the creation of new jobs and keeping the economy humming. US companies need STEM talent, they need foreign students graduating from US universities. International students and H-1B visa holders have absolutely nothing to worry about.

Do you agree with Trump’s proposal to ban Muslims temporarily from coming to the US?

You have been recognised for creating thousands of new jobs and also serving on President Reagan’s Business Advisory Council. Do you envisage a bigger role for yourself in the Trump administration?

It takes big ships miles to change course. Well, the United States is a big ship and it is changing course. I am excited to see Donald Trump steer the American ship towards change.

You used your clout to organise a rally by the RHC for Trump, in New Jersey. By standing by Trump at his lowest point did you build a key bridge for India and the Indian American community with the president-elect?

Absolutely! It is important both ways: it is important that the Republican Hindu Coalition stood by Trump, we never wavered, we never once thought of disinviting him. Similarly, Trump decided in July to reach out to the Hindu American community. This has been an important constituency for Trump during this election cycle and will remain a pocket of support for the Republican Party.

We wanted a candidate who would be vocal and say the word ‘Hindu’ and Trump did it by embracing Hindus and India at our event. Trump’s embrace of Hindus at our event transformed the voting pattern of Hindu Americans. A poll shows that while 16% of Hindus voted for the Republican Party in 2012, nearly 65% of Hindu Americans, a significantly larger population than just Indian Americans, voted for Trump.

Trump believes India is a peace-loving nation and Indians are not only smart, but hard working with the ability to help the US economy. Trump’s outreach to Hindus will grow into a close bond with India and a strong partnership between Narendra Modi and Trump. India and the US will be much more prosperous as a result of the friendship.

Yes, definitely! I would like to see it happen in the first year itself, but the first term for sure.