The Trump administration plans to expand the scope of a policy blocking assistance to foreign groups that perform or provide information about abortions. 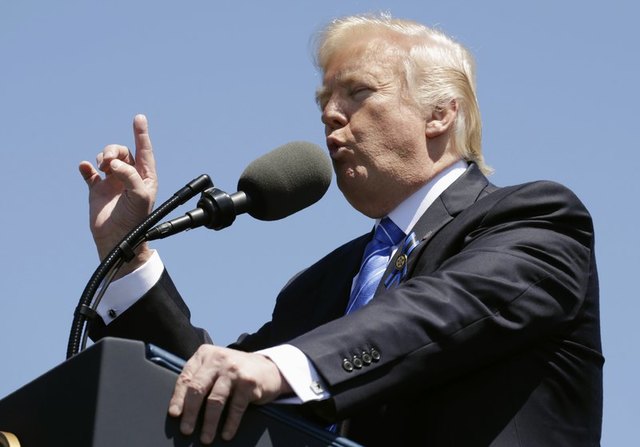 President Donald Trump speaks at the National Peace Officers Memorial Service on the West Lawn of the U.S. Capitol in Washington, U.S., May 15, 2017. REUTERS/Kevin Lamarque

Washington: The Trump administration said on Monday it was vastly expanding the scope of a policy blocking US assistance to foreign groups that perform or provide information about abortions, a move critics say will hinder women’s access to critical care.

The new policy means that $8.8 billion in US assistance to an array of programs fighting HIV/AIDS, malaria, and maternal and child health will be subject to the so-called Mexico City policy.

The policy, introduced in 1984, holds that no US government funding for family planning services can be given to foreign clinics or groups that offer abortion services or discuss abortion, even if the funds for those activities come from non-US government sources.

The policy previously applied to a much narrower stream of about $600 million in US government funds.

Since it was unveiled, the Mexico City rule has been routinely rescinded under Democratic administrations and reinstated under Republican ones, and is used by presidents to signal where they stand on abortion rights.

Critics of the policy call it the “global gag rule,” and say it hurts vulnerable women worldwide who depend on aid groups for their healthcare. Even when the Mexico City policy is not in place, federal law prevents the use of US funding for abortions abroad.

US President Donald Trump, a Republican, reinstated the policy in January, just days after taking office, but he went further and directed government agencies to figure out a plan to apply the policy “to global health assistance furnished by all departments or agencies”.

US secretary of state Rex Tillerson has approved a plan to expand the policy‘s provisions to funding for HIV/AIDS, maternal and child health, malaria and other health programs, the state department said on Monday.

That includes about $6 billion in funding for the President’s Emergency Plan for AIDS Relief, or PEPFAR, the world’s largest provider of AIDS-fighting medicine. PEPFAR, launched in 2003 during Republican President George W. Bush’s administration, has been credited with saving millions of lives and enjoys bipartisan support.

Other programs affected by the expanded policy, called “Protecting Life in Global Health Assistance,” include the President’s Malaria Initiative, which received about $621 million in funding in 2016, according to its website.

The state department said in a statement: “Protecting Life in Global Health Assistance does not reduce the amount of global health assistance the US Government makes available, and funding previously obligated will not be affected as a result of this policy.”

US officials said the malaria and HIV/AIDS programs would be resilient even if the US had to deny funding to existing healthcare providers.

“We have a diversity of partners who are providing services and that would be available to continue those services,” a senior administration official told reporters on condition of anonymity.

The new policy applies to funds provided to foreign non-governmental organisations, but not to aid provided to governments or multilateral organisations, the state department said. The expanded policy also does not apply to humanitarian assistance and disaster relief or to UN funds and programs.

Democratic senator Jeanne Shaheen, who sits on the Senate Foreign Relations Committee, said the expanded policy would have “severe consequences for millions of vulnerable women and children.”

Anti-abortion groups praised the decision, saying it merely represented a realignment of funding.