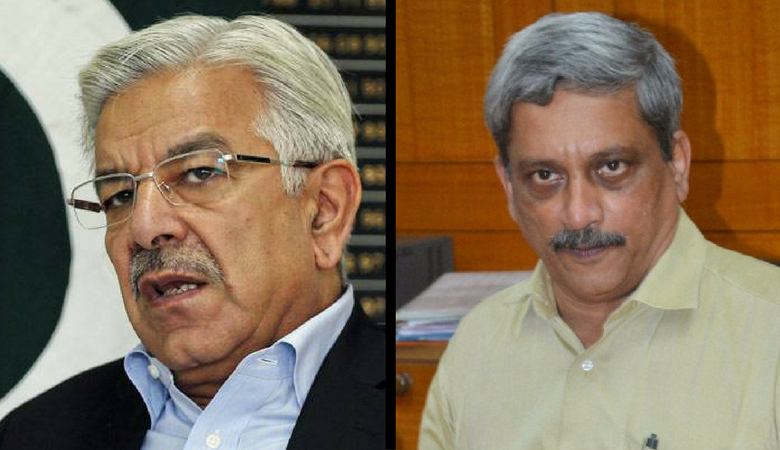 On September 26, the defence minister of Pakistan, Khawaja Muhammad Asif made very sweeping statements about the use of nuclear weapons by Pakistan in an interview given to the Pakistani TV channel, SAMAA. Speaking in Urdu, he said that the tactical nuclear weapons Pakistan has developed are not just to be kept as showpieces and if security is threatened then Pakistan will annihilate India. In fact, his comment about annihilation sounded even more offensive in the original (‘naisth-o-naabud kar denge’). The Pakistani defence minister had made a somewhat similar comment earlier on Geo TV on September 17, before the Uri attack.

Apart from being extremely offensive, this statement made by the defence minister is also at variance with the official Pakistani position, presented earlier – that tactical nuclear weapons are meant to be used only if Pakistan cannot manage to push back Indian advances.

Unfortunately, whether in response to the offensive and provocative statements made by his Pakistani counterpart or independently of that, the defence minister of India, Manohar Parrikar has also been making avoidable provocative statements. On October 1, addressing a gathering  in the Pauri district of Uttarakhand, the defence minister said, “Pakistan’s condition after the surgical strike is like that of an anaesthetised  patient after a surgery who doesn’t know that the surgery has already been performed on him. Even two days after the surgical strike, Pakistan has no idea what has happened.”

Although such statements are not as aggressive as those made about the use of nuclear weapons, they are needlessly provocative at a time when even India would not like the situation escalate. These were the first comments on the surgical strike by a member of the cabinet committee on security and therefore Parrikar needed to be more restrained and nuanced.

Indeed, just a day earlier, on September 30, home minister Rajnath Singh had said that all attempts were being made to secure the release of the Indian soldier who had been arrested in Pakistan following the ‘inadvertent crossing over’, as India explained. Clearly in such matters, enough scope for cooperation should be kept open and this will also be possible if those in senior positions speak with care and caution and not in a cavalier way.

The defence minister of India, in his speech in Uttarakhand, also persisted in making avoidable comparisons with mythological characters. He said that the Indian troops were like Hanuman and did not quite know their prowess before the surgical crisis. Taking his mythological comparisons even further, the minister added,”Like Lord Rama conquered Lanka and gave it to Vibhishan, we did the same in the Bangladesh operation.”

Such statements may be alright as street level conversation, but should be avoided by persons holding senior positions as mythological comparisons can have several interpretations when applied without justification to contemporary events. For instance, the role of local freedom fighters is needlessly understated in the example of Bangladesh and can even cause offence to what is otherwise a friendly country.

It is also clear that this statement made by the Pakistani defence minister has been counter-productive on the diplomatic front for Pakistan as the international community was  appalled by the brazen way in which a defence minister was threatening to annihilate another country using nuclear weapons. This reinforces the point often made by diplomats that aggressive and provocative statements by senior leaders, particularly  in sensitive times, are likely to be counter-productive and hence are best avoided.