Given the profoundly anti-science attitude of our government leaders, things are not likely to change in a hurry. 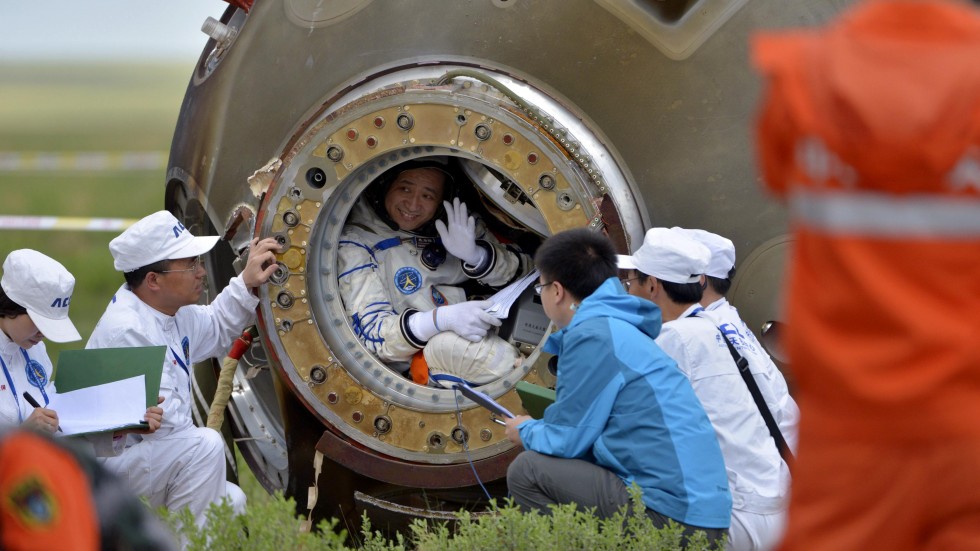 China now has a serious programme to attract its own researchers back to the country. Credit: Reuters

In Aurangabad, Satyapal Singh, the minister of state for human resource development which oversees the country’s higher education system, has questioned Charles Darwin’s theory of evolution, arguing that no one has actually seen an ape turning into a man.

In Jaipur, thousands of women brandishing swords took out a ‘Chetavani Rally’ and threatened to commit jauhar or ritual collective suicide by jumping into a fire.

If you get the depressing impression that the country is rapidly regressing to the medieval ages of ignorance and superstition, you would not be wrong.

In contrast, US’s National Science Foundation and National Science Board have recently released their biennial science and engineering indicators which provide detailed figures on research and development (R&D), innovation and engineers. But its true message is in a different direction, “China has become,” concludes Robert J. Samuelson in a column, “or is in the verge of becoming – a scientific and technical superpower. This is not entirely unexpected given the size of the Chinese economy and its massive investments in R&D, even so, he says, “the actual numbers are breathtaking”.

China has also become a more attractive destination for foreign students and is now occupying the third slot after the US and the UK. This year, it is likely to gain the second spot. China now has a serious programme to attract its own researchers back to the country. The thousand talents plan targets scientists below the age of 40 who have PhDs from prestigious foreign universities. The government offers 500,000 RMB ($80,000) lumpsum to everyone enrolled in the programme and promises research grants ranging from one to three million RMB ($150,000-$300,000). The funding for the programme is growing and in 2011, China awarded 143 scientists out of the 1,100 who applied, and in 2016, 590 from 3,048 applicants.

Individual Chinese universities are offering several times that sum. One specialist in advanced batteries from an MIT post-doctoral programme was offered a salary of $65,000, $900,000 as research grant and $250,000 to buy a house.

The report also flagged the serious deficiencies in US higher secondary education where in 2015, average maths scores for the 4th, 8th and 12th graders dropped for the first time. In the field of R&D and patents and revenue accruing from them, the US remains ahead, but the recent anti-immigration trends pose a serious long-term risk to the American supremacy because in essence, the US has been the best in harvesting talent from across the world.

Of course, the quantity of money or the number of research papers by itself does not automatically translate into leadership. The US remains the world leader in investment in basic research (17%) versus 5% in China. It remains the leader in top quality research, attracting the best and the brightest of international students and in its ability to translate basic research into revenue-generating intellectual property.

But the Chinese have been putting serious money into key areas which they aim to become world leaders in the next decade or so. One of these is AI where the government and Chinese corporates are moving in a big way. Just recently, Chinese tech major Baidu announced its decision of setting up two more AI labs in the US, one focusing on business intelligence and the other on robotics and autonomous driving.

There is little point in flagellating ourselves by putting the Indian figures alongside those of the US and China. Given the profoundly anti-science attitude of our government leaders, things are not likely to change in a hurry. But it is worth looking at the latter’s trajectory because some in India still see themselves as competing with China. With Prime Minister Narendra Modi visiting Davos to attract investment, presumably in high-tech areas, it is worth reminding ourselves that science and technology is the core of the economic foundations of an advanced country, which China says it intends to become by 2050.