The CGTN news producer's tweet, which had four photos of a village alongside a river valley and a map, was deleted after causing a furore. 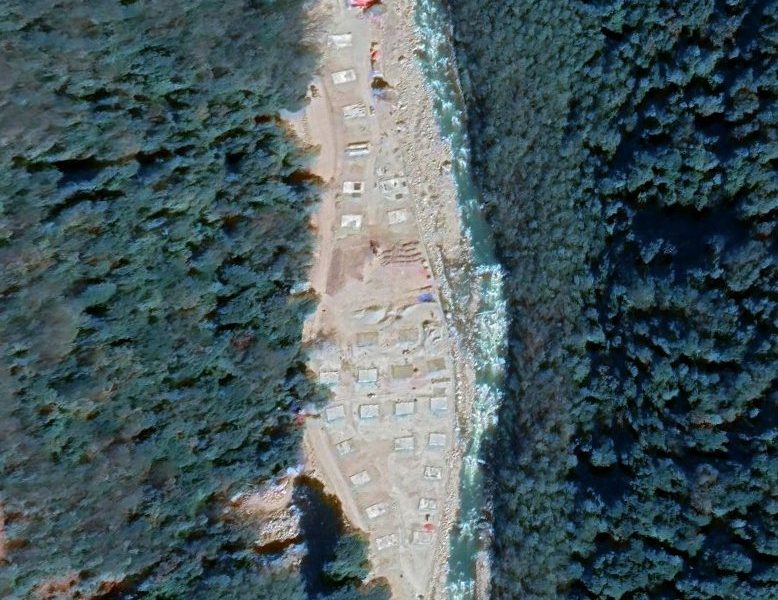 New Delhi: Bhutan has denied claims by a Chinese journalist and satellite imagery expert that China has constructed a village more than two kilometres inside its territory.

On Thursday, a news producer of the China-run CGTN, Shen Shiwei tweeted four images along with the following text:

“Now, we have permanent residents living in the newly established Pangda village. It’s along the valley, 35 km south to Yadong country. Here is a map to show the location”.

The tweet, which had four photos of a village alongside a river valley and a map, was subsequently deleted. 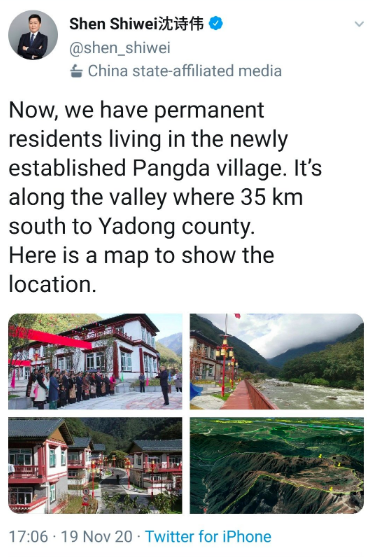 Bhutan’s ambassador to India, Major General V. Namgyel has categorically denied the journalist’s claim. “There is no Chinese village inside Bhutan,” he said in a statement to The Wire.

An Australian satellite imagery expert with Canberra-based think tank, Nathan Ruser claimed that the location of the village that Shen had tweeted was 2.5 kilometres inside the Bhutanese border.

Here’s a CGTN news producer openly admiting that China has occupied and now populated part of a sovereign country. This Pangda village has been constructed (as shown by the included map) ~2.5km beyond Bhutan’s international border. China now baselessly claims about 12% of Bhutan. https://t.co/3TxNSffYdJ pic.twitter.com/fEAgWXk7Ln

NDTV had reported that the deleted tweet of the Chinese state media journalist appeared to be about landgrab by China just nine kilometres from the Doklam area where India and China military had been on a stand-off for over 70 days in 2017.

A senior Bhutanese journalist Tenzing Lamsang pointed out that the satellite imagery was based on open sources like Google, who may not have access to the exact lay of the border areas and claim liens by countries in that area.

Bhutan has troops on the ground in the said border areas & they would have spotted and reported such matters to Thimphu.

In the past even for minor encroachments like a road etc Bhutan takes note & issues a protest or demarche to the Chinese Embassy in Delhi.

He also noted that Bhutan has usually been quick to bring up any minor encroachments to the Chinese embassy in New Delhi. Bhutan does not have direct diplomatic relations with Beijing, so their main channel for communication is through their missions in the Indian capital.

Lamsang, editor of The Bhutanese newspaper, also stressed that Bhutan border troops had not reported any such construction of a village in that area.

The 2017 Doklam stand-off began in mid-June when a Chinese PLA team was spotted to have started construction of a road on the Dolam plateau. After the Chinese army refused to stop work despite being confronted by the Royal Bhutanese army, Indian army personnel came down from their posts on their side of the border and began a nine-week long stand-off.

An agreement on withdrawal by the two sides came just a week before Prime Minister Narendra Modi was to travel to China to take part in a BRICS summit.

While the status-quo at the face-off site remains unaltered, several observers had pointed out that China has continued to build up presence in the surrounding region.

Bhutan and China have held several rounds of talks to demarcate their boundary. However, they continue to have a difference on the location of the tri-junction, which has strategic implication for India’s vulnerable ‘chicken neck’ corridor.

Earlier this year in June, China had objected to a proposal made by Bhutan for funding to develop Sakteng wildlife sanctuary at the 58th council meeting of the Global Environment Facility. The objection was rejected and the funding proposal approved. The minutes of the meeting recorded the remarks of the Council member representing Bhutan, India and two other South Asian countries as having asserted that the wildlife sanctuary was integral part of Bhutan and had never featured as a disputed area in any bilateral boundary talks.

At that time in 2017, the Doklam stand-off was considered as the most serious military encounter between the two Asian giants since 1962. Currently, India and China have entered the eighth month of their ongoing stand-off at multiple points in eastern Ladakh, which has already broken several taboos including use of firearms and fatalities along their long mountainous border.