The Chagos Island Quandary: Will India Fight for Mauritius at the ICJ?

Mauritius is pushing India – its key ally – to submit a written statement backing it on the Chagos question before the International Court of Justice. 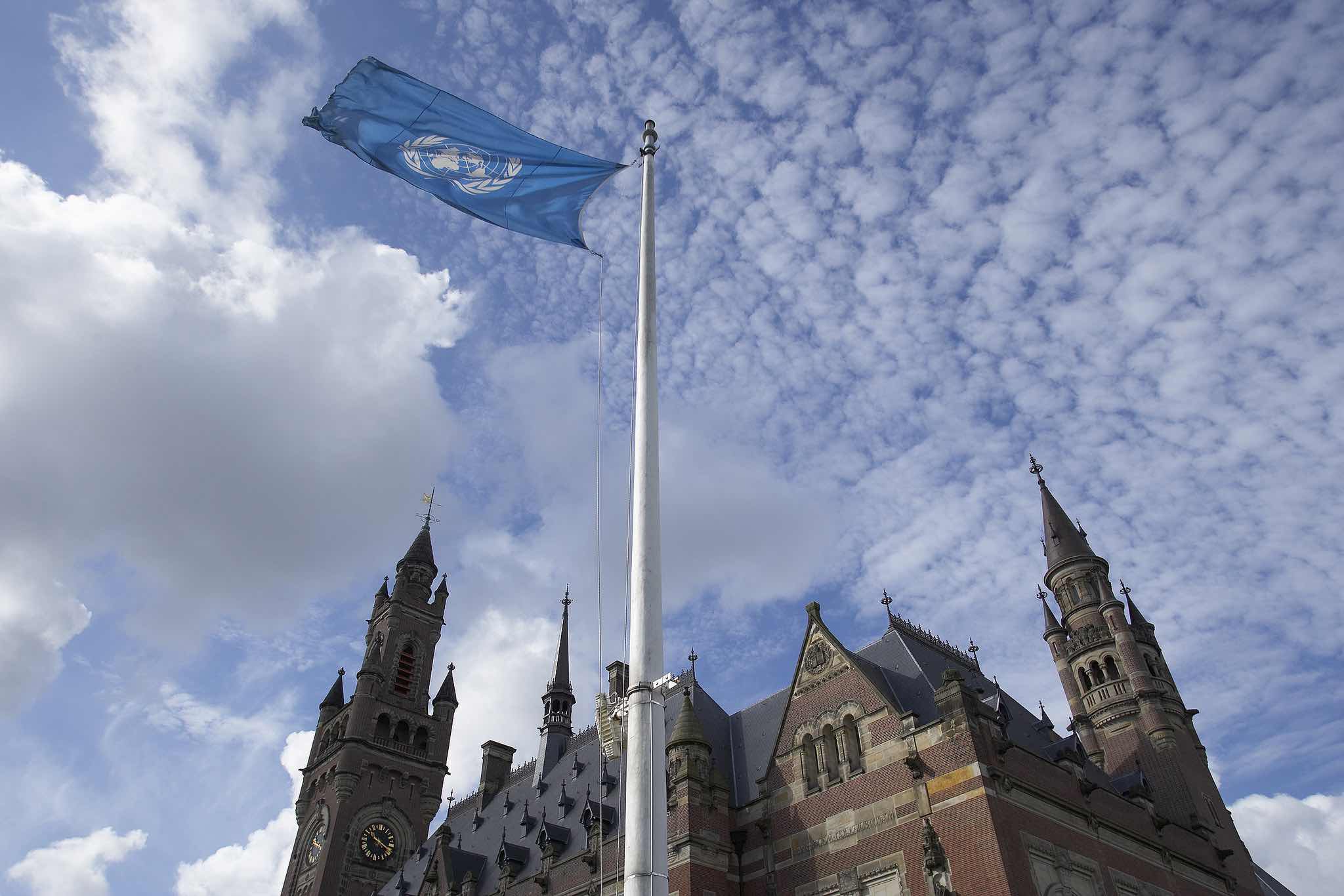 The ICJ in The Hague. Credit: United Nations

New Delhi: With two weeks left for the deadline, squeezed between competing concerns of the Unites States and Mauritius, India has yet to take a final decision on whether to submit a written statement before the International Court of Justice which will consider the legality of Britain’s possession of the Chagos archipelago in the Indian Ocean.

Last year on June 22, the United Nations General Assembly (UNGA) adopted a resolution that asked the ICJ to give its advisory opinion on whether or not the UK was violating international law by carving Chagos out from Mauritius at the time of independence and evacuating its residents. In line with its long-standing support to Mauritius, India voted in favour of the resolution which was passed with 94 in favour, 65 abstentions and only 15 negative votes.

After receiving a request from the UN secretary general, the ICJ, in its order of July 14, fixed the time limit for interested parties – any members of the UN – to “furnish information” before the court by January 30, 2018.

The UK had split the Chagos archipelago from Mauritius three years before its independence in 1968. Thereafter, the US had leased Diego Garcia from the UK to set up its Indian ocean military base. The lease was renewed in 2016 for another 20 years.

Mauritius, the UK and the US will certainly be submitting their written submissions to the ICJ before the deadline, but any other country or UN agency could also make their position known to the world court.

The Wire has learned that Mauritius has been pushing India – its key ally – to submit a written statement on the Chagos question to the ICJ.

There is still internal discussion going on in the South Block on whether India should go to the extent of sending a written statement to the court. There is some hesitation as some sections argue that India has already exhibited its backing for Mauritius and therefore does not need to take an additional step that could potentially aggravate Washington.

As The Wire had reported earlier, the US had requested India not only to not vote for Mauritius’s resolution in the UNGA, but also to wield its influence to convince Port Louis to back off from continuing on its path towards the ICJ. This was raised at multiple levels, including by national security advisor H.R. McMaster and secretary of state Rex Tillerson in meetings with their Indian counterparts.

India didn’t accede to either request; it didn’t ask Mauritius to withdraw the resolution, and ended up casting its own vote in favour of the referral to the ICJ. In fact, officials claim that India’s support increased the tally in favour of the resolution, with other countries also joining the ‘yes’ camp after India’s top diplomat to the UN, Syed Akbaruddin, made an oral statement on the floor of the General Assembly. However, India also kept some distance when it did not agree to Mauritius’s request to co-sponsor the resolution. Officials claimed that India wanted to keep open channels of communication with the US and UK on this question.

The delay in taking a decision on whether to not submit a written statement to ICJ, said sources, is mainly due to the political leadership being pre-occupied with a heavy diplomatic calendar in January.

There is no consensus within the ministry yet, but the mood seems to be moving towards submitting a written statement.

The last time that India had given its view on an advisory opinion case was in the early 1990s, when the ICJ was asked to opine on the twin questions of the legality of the threat and use of nuclear weapons. India had in written submissions in 1994 and 1995 argued that the court should rule that the use of nuclear weapons was illegal under international law.

Sources indicate that if India does finally decide to give a written statement to the world court, the main thrust would along the lines of proving that Mauritius has had historical sovereignty over Chagos. India could also point out that there was no bilateral treaty between Mauritius and the UK which could have allowed for the archipelago to secede or be detached.

According to diplomatic sources, the US would be “disappointed” if India does submit a written statement, but it is not likely to overshadow the broad-based relationship.

Officials argue that India has always made it clear that while it supports Mauritius, there is also a clear understanding that the presence of the US in the Indian Ocean is critical at this juncture. This position was also reflected in Akbaruddin’s statement in the UNGA, where he noted that India “shares with the international community, security concerns relating to the Indian Ocean”. He added, “We are conscious of our collective commitment towards ensuring the security and prosperity of our oceanic space.”

This is in contrast to New Delhi’s stance during the Cold War, when it was staunchly opposed to the military presence of any non-littoral power in the Indian Ocean.

The change in India’s position can also be attributed to the increasingly visible Chinese role in the Indian Ocean. If the US decreases its activity in the Indian Ocean region, then the vacuum would be filled by China sweeping in, Indian officials believe. That was one of the reasons New Delhi had convinced Mauritius to publicly offer a long-term lease to the US for Diego Garcia, if sovereignty was restored. This offer was made by the Mauritian permanent representative to the UN, Jagdish Koonjul, before the resolution was put to vote in the UNGA. Aerial view of the US military base at Diego Garcia in the Indian Ocean. Credit: Reuters/US Navy

India, of course, has had extremely close relations with Mauritius over the years. The intimacy in the relations had proved valuable during the difficult re-election process of Indian judge Dalveer Bhandari to the ICJ.

During the fraught fight between the Indian and British candidates for the one vacant slot on the world court, Mauritius had played a very active role in garnering support for New Delhi. As per sources who were involved in the campaign, Mauritius’s mission to the UN had been active in rallying the African countries, following direct instructions from Port Louis. India had got nearly two-third of the votes in the UNGA, with the UK staying below the majority mark in the second day of the election. This was the tipping point for the UK withdrawing its candidate, leaving only Bhandari in the fray for the last seat to be filled in the ICJ.

The importance that India places on its relationship with Mauritius was amply acknowledged last month, with the Ministry of External Affairs directly intervening before a state high court in a case that could have caused severe fuel shortage in the Indian Ocean nation.

Mauritius imports all its fuel needs from India, with Mangalore Refinery Petroleum Limited (MRPL) contracted to supply 11,50,000 tonnes of petroleum products every year. The State Trading Corporation of Mauritius (STCM) had contracted a Mauritian-based shipping company, Betamax, to transport fuel from MRPL, but terminated the deal prematurely in 2015.

After Betamax did not get $120 million awarded by the Singapore International Arbitration centre, it approached the Karnataka high court to direct the port authorities to not give clearance to a tanker with 40,000 tonnes of fuel to leave for Mauritius.

On November 30, a division bench of the high court directed the New Mangalore Port Trust to refrain from giving clearance to the vessel, Pacific Diamond. With petrol pumps in Mauritius facing the spectre of going dry, the Mauritian government began to scout for emergency fuel from other sources.

This forced the MEA to rush its senior officials in charge of the Indian Ocean region and Legal and Treaties to Bengaluru. With two MEA joint secretaries present in court, the ministry, through a special mention via Additional Solicitor General Prabhuling Navadgi, pointed out that due to the interim order “a situation of great concern has arisen in Mauritius which has resulted in a certain delicate impact on the Union of India in its trade relations”.

On December 11, the high court division bench modified its interim order to allow the Pacific Diamond to leave with its precious cargo, and removed roadblocks for future consignments of petroleum products to Mauritius “till further orders”.