The Indian side's response was muted, cautious and immediate. 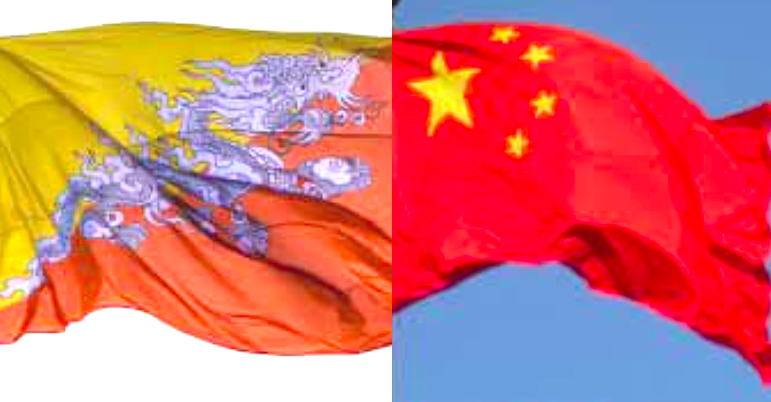 The national flags of Bhutan and China. Photos: Wikimedia Commons

New Delhi: Four years after Indian and Chinese troops had a stand-off on Bhutanese territory, Bhutan and China signed a new “three-step roadmap” for expediting talks to demarcate their 470 km-long disputed land boundary.

There was a muted, cautious and immediate response from the Indian side to the signing of the Memorandum of Understanding.

The ceremony was also witnessed by Chinese and Bhutanese envoys to India. The two countries do not have formal diplomatic ties, and all communication is channelled through their missions in Delhi.

“The Memorandum of Understanding on the Three-Step Roadmap will provide a fresh impetus to the Boundary Talks. It is expected that the implementation of this Roadmap in a spirit of goodwill, understanding and accommodation will bring the boundary negotiations to a successful conclusion that is acceptable to both sides,” said the foreign ministry readout.

It added that Bhutan and China had “agreed” on the three-step roadmap during the tenth expert group meeting in Kunming, April this year.

A joint press note on the outcome of the April meeting stated that the two sides “discussed a roadmap to expedite the Bhutan-China Boundary Talks”.

During the media briefing in Delhi, the MEA spokesperson was also asked whether India had been informed in advance about the roadmap. He responded that there would be no official reaction for now beyond the two lines.

Bhutan announced that the MoU would be exchanged between the two sides through diplomatic channels. However, the text has not been made public.

As per sources in the Bhutanese embassy in Delhi, information on the process of the negotiations of the bilateral boundary talks with China are highly sensitive and will not be shared with the media at this stage.

Bhutanese sources described the roadmap as a “positive development” that will allow both sides to have “more focused and systematic discussions” on the boundary talks.

“In the spirit of goodwill, understanding and accommodation and conducting our negotiations more systematically and frequently, as agreed in the Roadmap, the two sides should be able to reach agreement on the pending issues and bring the boundary negotiations to a successful conclusion that is acceptable to both the governments,” they added.

China claims around 764 square km of Bhutanese territory, distributed between the north-west and central regions of the Himalayan kingdom. 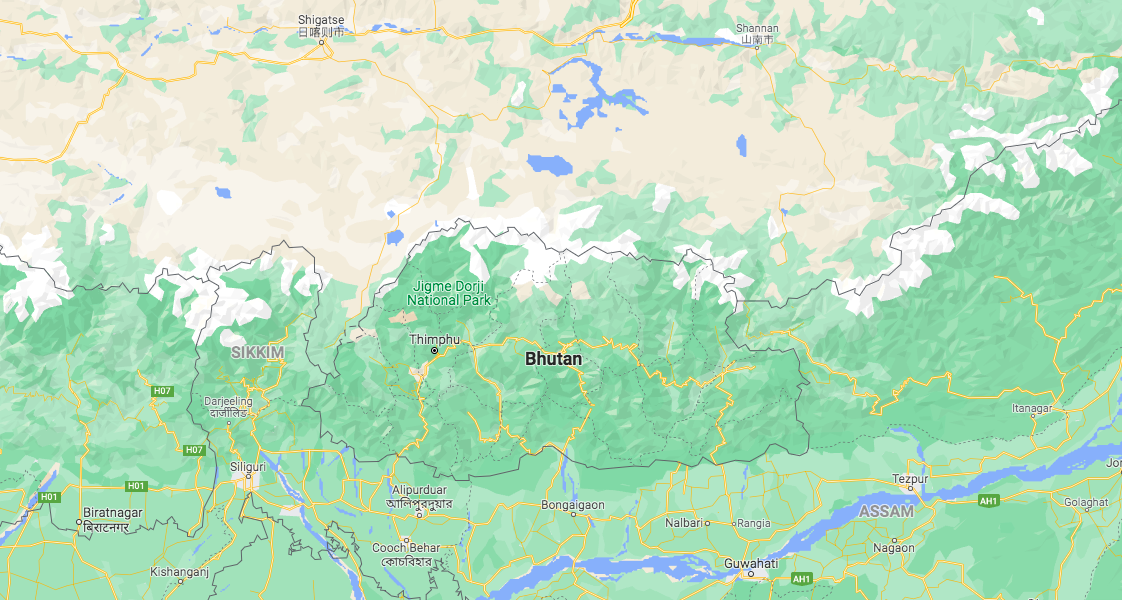 While the dispute was earlier subsumed under the India-China border negotiations, direct bilateral talks between the two countries started in 1984. Since then, there have been 24 rounds of boundary talks and 10 rounds of meetings at the expert group level.

In 1997, China had offered a so-called ‘package deal’, under which it would give up claims on areas in central Bhutan in exchange for territory on the western part, including Doklam. However, Bhutan did not accept the ‘deal’, reportedly under pressure from India, which was concerned that it would bring China too close for comfort near the narrow Siliguri corridor.

On behalf of Bhutan, Indian soldiers challenged Chinese troops constructing a road in Bhutan’s Doklam region near the tri-junction of the boundaries between the three countries in June 2017. After a 73-day stalemate, Indian and Chinese troops withdrew from the stand-off location, but satellite pictures have subsequently shown that China has built up a network of military infrastructure in the region.

Last year in June, China made a surprising claim on Sakteng wildlife sanctuary in eastern Bhutan, the first time Chinese negotiators had discussed any region in the eastern sector with their Bhutanese counterparts. No new rounds of boundary talks have been held since the Doklam stand-off.

The announcement of the signing of the MoU has significance for India’s own strategic security in the vital region which connects the Indian mainland to the north-eastern states.

According to Medha Bisht, an expert on Bhutan’s foreign policy and boundary issues, the inking of the agreement for a roadmap is “not surprising” as it was a reflection of the Chinese way of working on boundary agreement. “Much of the ground work had already been done since 2010,” she said,

Over a decade ago, Bhutan and China had agreed to carry out joint field survey of the disputed regions, which was completed by 2015.

While the text of the roadmap is not public, Bisht, senior assistant professor at South Asian University, reiterated that the signing of the MoU should “not raise eyebrows” as it had been “anticipated for a long time”.