Three men recently released have denied that they were in law enforcement custody. That’s not surprising, given the threats and intimidation involved. 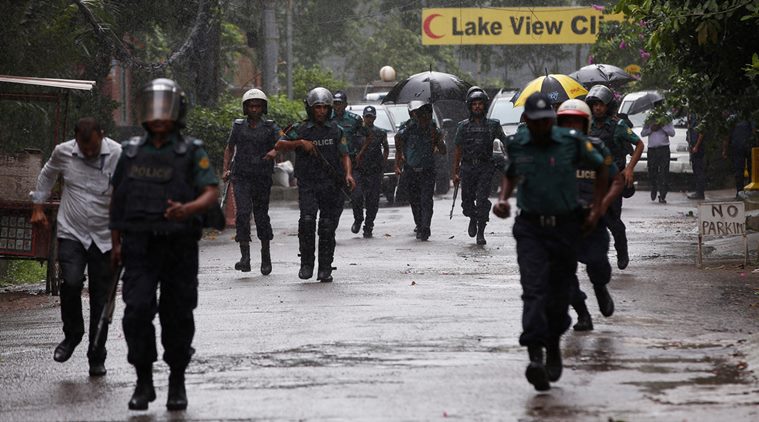 Last week, academic Mubashar Hasan, allegedly held in secret detention by Bangladesh’s military intelligence agency for 44 days, was released blindfolded onto the streets of Dhaka. This followed the release a day earlier of journalist Utpal Das, also believed to have been in secret custody for over two months. In the same week, another disappeared man, Aminur Rahman, was also ‘released’, again apparently from secret detention, though this time he was brought to court and ordered back into state custody after police accused him of involvement in a bomb attack.

In short interviews with the media after their release, none of the three men have said that they were in law enforcement custody.

Hasan told journalists that on November 7, his Uber taxi was stopped and he was dragged into a white microbus. He was kept in a room with one window “which was always kept shut” and “the captors used to argue with each other whether they would kill me or not”. When Hasan was asked by reporters whether the captors spoke to him he said, “Yes they did…. It was for money.”

Das told reporters, “The room I was kept in had no bed, so I slept on the floor. The door was locked all the time, and food was delivered from under the door. … My abductors demanded money from me and slapped me around on a few occasions.”

Some people have suggested that the interviews show the men were simply kidnapped for ransom – and that the state was not involved in their detention. The home minister has gone so far as to praise police investigative action for getting the men released.

However, since 2010 when secret detentions and disappearances started in significant numbers, those lucky few who are released almost never speak publicly about their detention in state custody because they are threatened before being released. Having spent weeks or months in secret detention, not knowing whether they would be released alive, future threats to the detainees freedom and safety, as well as those to their families, are highly effective in keeping them mum.

The one exception to this silence was Sukhranjan Bali, a prosecution-turned-defence witness at the International Crimes Tribunal who was picked up by law enforcement officials from outside the court gates in November 2012. Speaking from an Indian jail a few months later, he said he was “abducted from the court premises in a police van and was taken to an office in Dhaka”, which he later thought belonged to the Detective Branch of the police because of words on a paper stamp which he saw on the desk.

“[The] people in the office were in police uniforms and the ones who abducted me were in civil clothes,” he said. “I was being asked the reason why I was supportive of Sayedee sahib [Delwar Hossain Sayeedi]. They said that I will be killed and Sayedee sahib will be hanged.” According to his statement, Bali remained in illegal detention in Dhaka for six weeks before being handed over to India’s Border Security Force near the end of December 2012, and was detained in different Indian jails since then where he was prosecuted and convicted for illegal entry.

The Bangladesh authorities have repeatedly denied any involvement in his abduction, secret detention and passing over to the Indian authorities – though eyewitnesses were present when it happened. 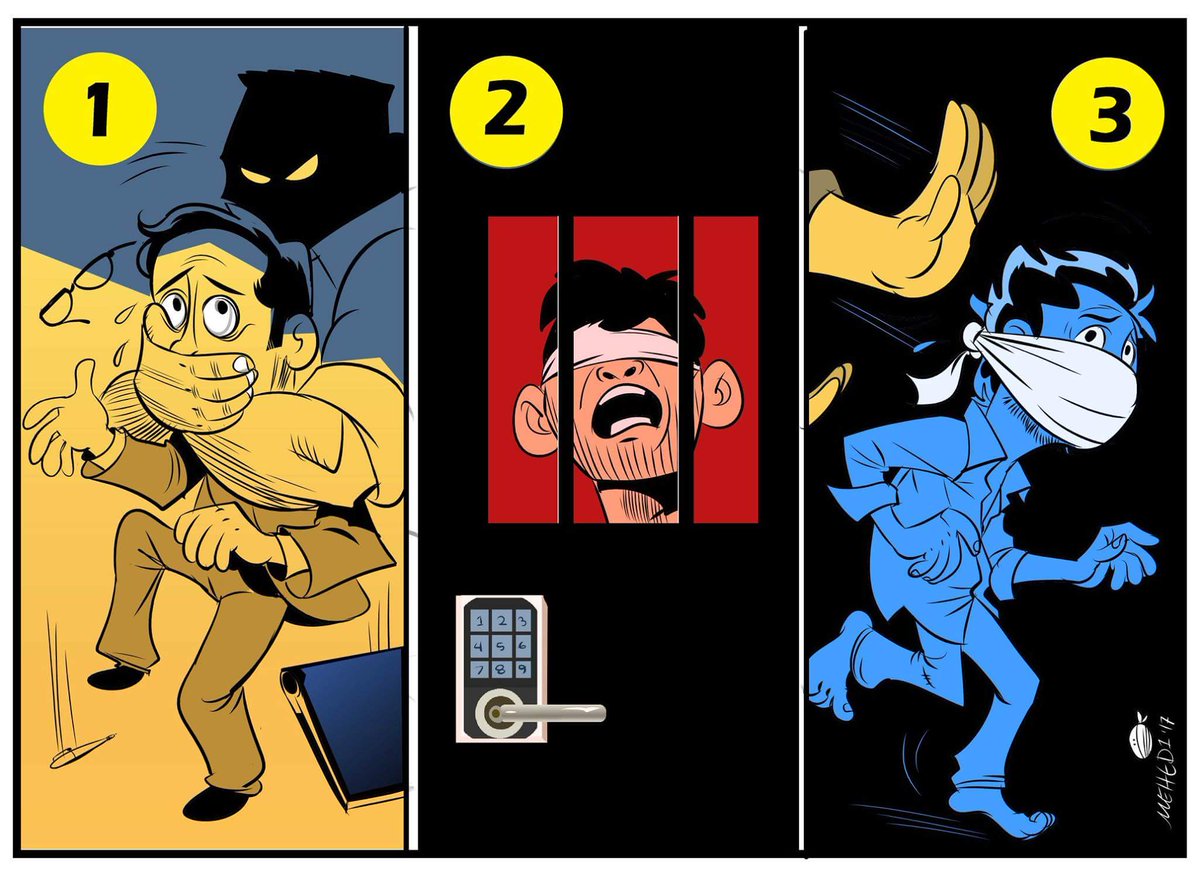 Whilst researching a recent report for Human Rights Watch on disappearances, I interviewed a number of men who were picked up and secretly detained, who spoke on the condition that their identity – as well as the location and time of their detention – would not be disclosed. This is because they remain extremely fearful for their own and their family’s safety.

One of the men was picked up, along with a number of other friends who remain disappeared, and put into a silver-coloured microbus. “I assumed that they were Detective Branch men as they were wearing civil dress, but at that time I was not scared as I was not a political person, and had no cases against me,” this secret detainee said.

When the friends were put into the car, they were handcuffed and hooded. “At that moment, I got scared,” he said. As the vehicle began its journey, the law enforcement officials began beating the men. ‘They were hitting [one friend] really hard. He was screaming loudly, and the men hit him for a long time. …. Whilst they were hitting the men, music on the radio was put on very high volume.”

After about an hour on the road, the vehicle stopped and they were taken into a building. “We had no idea where we were. … We were so scared and beaten up,” the friend said.

One by one they were taken into a room for questioning. “I was made to sit on a chair, and my legs and arms were strapped,” the released man said. “My hood was replaced with a blindfold.”

After their interrogation, the friends were taken to another room, which was like a cell. “My handcuffed hands were moved from behind my back to my front. My blindfold was kept on. I could have taken my blindfold off, but I was scared,” he said. “The room had bars, but they had a curtain covering them.”

Also read: Uncovering Extra-Judicial Killings in Punjab, and the Police Impunity That Followed

Initially, each of the men thought that they were alone, but after a few days of confinement they realised that they were all living in adjacent cells and so started talking to each other. “I came to know that [some of my friends] were beaten particularly badly and were barely conscious that first night.” The secret detainee said that the word ‘RAB’ – referring to the Rapid Action Battalion – had been written inside the cell.

The men were detained in this way for nearly two weeks when he was told out of the blue that he would be released the following day. “The next day, I was taken into a room,” one of the friends said. “There was a senior official who spoke very politely. He said, ‘If someone asks you where you have been, don’t tell them you were here. Don’t tell them what happened to you here. Tell them another story, that you were robbed’.”  The man remained blindfolded.

He was then put into a car and driven around for over an hour, after which he was pushed out of the vehicle and told to run. It was about 1:30 am at night.

This man will never tell his story in public, as he remains both traumatised by the incident and deeply scared of the consequences of revealing what happened to him.

This is also the reason why we have not heard from Hasan and Das about what happened to them. It is of course also the reason why Salahuddin Ahmed, the Bangladesh Nationalist Party leader detained for six weeks in 2015 before (like Bali) being pushed over into the Indian border where he is now being prosecuted for illegal entry, and Humman Quader Chowdhury, released earlier this year after eight months apparently in secret detention, have both not spoken.

Looking at the lack of independence of the Bangladesh legal system, it is unlikely that those responsible for these secret detentions and disappearances – resulting in many being killed – will ever be brought to justice, and certainly not in the near future. Therefore, right now, those concerned about these disappearances should not expect the secret detainees to provide accounts of what really happened – as it will result in no benefit to them.

The focus should be on pressing the Bangladeshi government authorities to release those who were picked up, secretly detained and remain disappeared (not yet having been killed). Because, despite the release of Hasan, Das and Rahman in the last week, there remain 34 men whom human rights organisations claim were picked up in the last two years by state agencies and whose whereabouts are unknown.

David Bergman is a journalist who also runs the Bangladesh Politico and Bangladesh War Crimes blogs. Follow him on Twitter @davidbangladesh.