African Nations Up in Arms Over Trump's ‘Shithole’ Remark 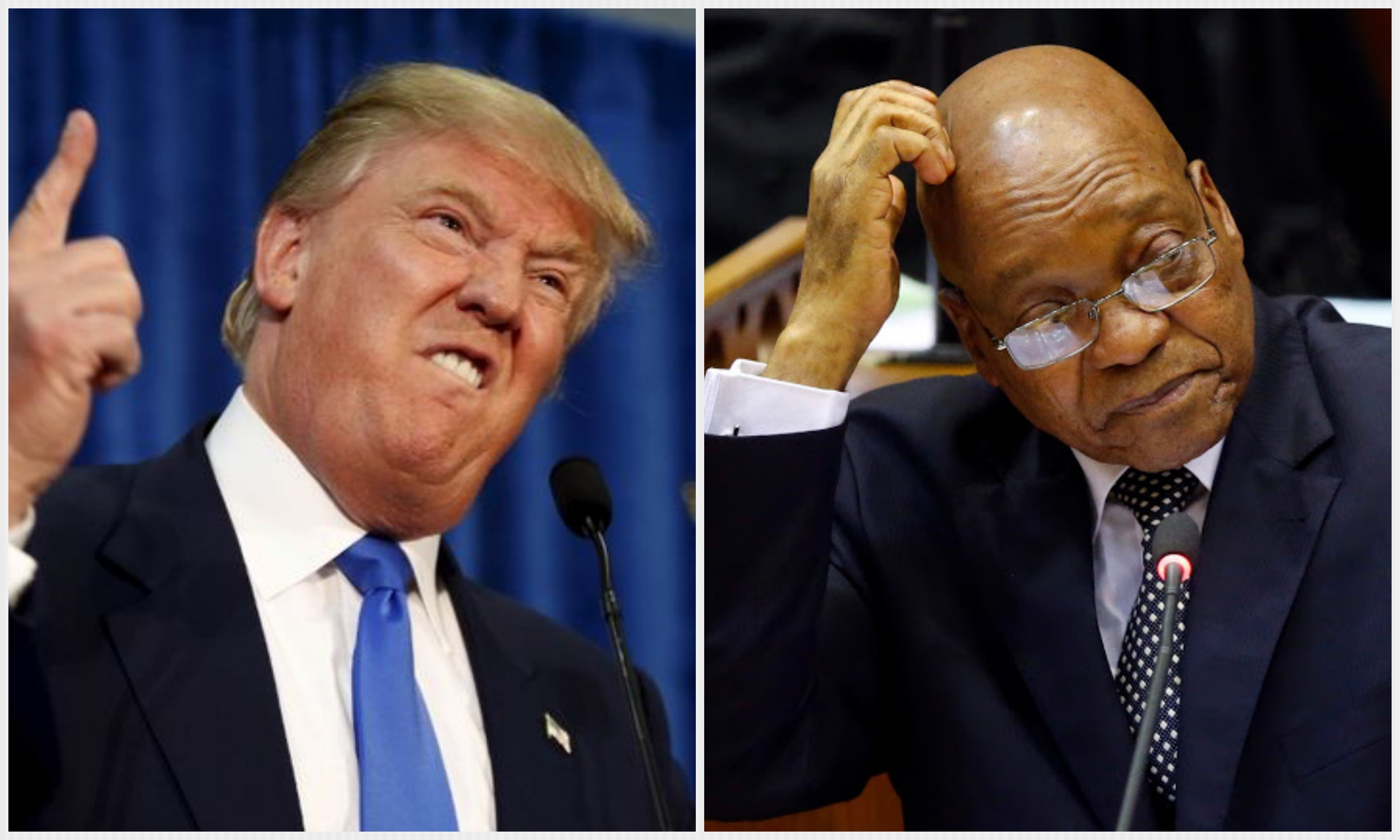 “Why are we having all these people from shithole countries come here?” Trump asked during discussions on January 11 in the White House on a possible bipartisan deal to give legal status to immigrants brought to the United States as children. He suggested that instead the US should bring more people from Norway.

On Sunday, South Africa’s Department of International Relations and Cooperation announced that it will be summoning and issuing a demarche to the US embassy’s charges de affaires (CDA) on the “recent disturbing comments attributed” to Trump.

“The department will provide an opportunity to the charges de affaires to explain the statement that African countries, alongside Haiti and El Savador, constitute “shitholes” from where migrants into the United States are undesirable,” said the statement.

The South African press note said that while the Trump had tweeted a clarification on Friday to his “crude and offensive statement”, it was inadequate as there was no disavowal about his reference to Africa.

“The department has noted further that President Trump’s denial was not categorical, referring only to Haiti and not addressing the entirety of the statement attributed to him,” it said.

South Africa also reiterated its endorsement of the statement issued by the African Union and the ambassadors of the Africa group at the United Nations in New York.

On Friday, the AU mission to the United States expressed “infuriation, disappointment and outrage” over Trump’s remarks which it said dishonoured the “celebrated American creed and respect for diversity and human dignity”.

Condemning Trump’s remarks in the “strongest terms”, they demanded a retraction as well as an apology “not only to the Africans but to all people of African descent around the globe”.

The African Union were also not shy of terming Trump’s alleged statement as “very racist”. “Given the historical reality of how African Americans arrived in the United States as slaves, and the United States being the biggest example of how a nation has been built by migration – for a statement like that to come is particularly upsetting,” AU spokeswoman Ebba Kalondo said, according to Reuters.

I am dismayed by the unfortunate remarks attributed to the President of the United States on migrants from African countries, #Haiti and #El Salvador.

The UN Human Rights commissioner’s spokesperson Rupert Colville also noted that there was “no other word one could use but ‘racist’”. “You cannot dismiss entire countries and continents as “shitholes” whose entire populations, who are not white, are therefore not welcome. The positive comment on Norway makes the underlying sentiment very clear,” said Colville.

There has been condemnation from across Africa, but only a couple of governments have taken the step to express their displeasure individually.

Botswana was the first country to summon their resident US ambassador.

“The Botswana government has also enquired from the US government through the ambassador, to clarify if Botswana is regarded as a ‘shithole’ country given that there are Botswana nationals residing in the US, and also that some of Botswana may wish to visit the US,” said the statement from Botswana’s ministry of international affairs and cooperation, dated January 12.

Senegal foreign ministry had also summoned the US envoy in Dakar to protest the “outrageous and racist remarks” by Trump at the Oval Office meeting.

Ghana’s president Nana Akufo-Addo hit out at the US president in a tweet, which tagged Trump’s Twitter account. “We will not accept such insults, even from a leader of a friendly country, no matter how powerful,” he said.

The language of @realDonaldTrump that the African continent, Haiti and El Salvador are “shithole countries” is extremely unfortunate. We are certainly not a “shithole country”. We will not accept such insults, even from a leader of a friendly country, no matter how powerful.