The Indian statement conspicuously did not ‘welcome’ the move, a reflection of the worry in New Delhi about the impact of the absence of foreign troops in Afghanistan. 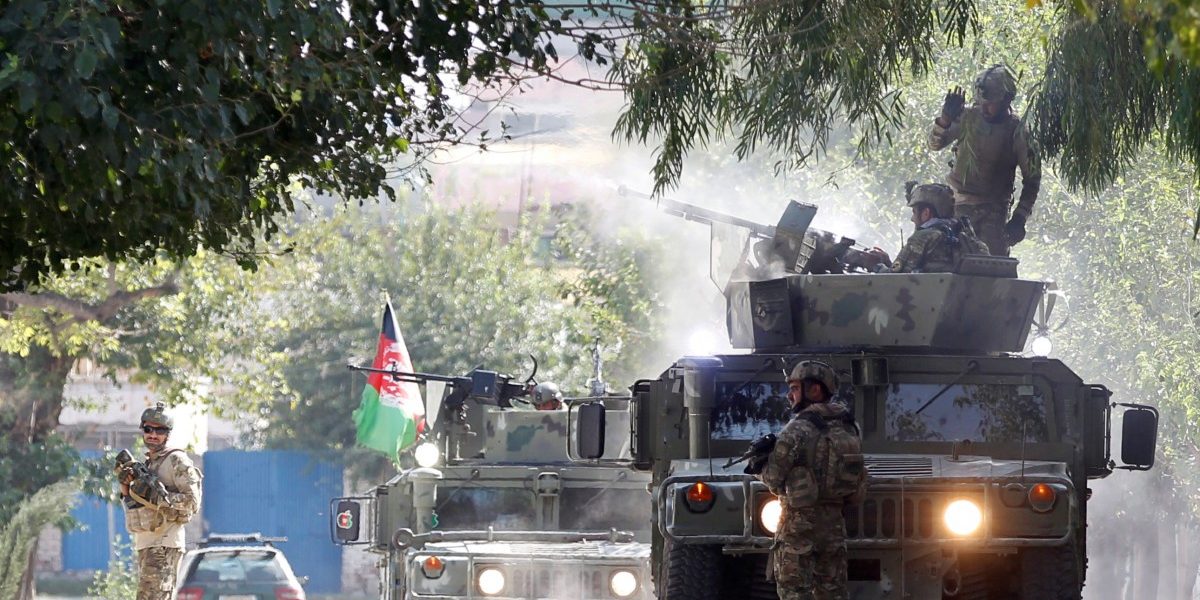 New Delhi: India on Friday took cautious note of the US announcement to withdraw all its troops from Afghanistan by September 11, even as the New Delhi remains concerned that the gains of the last two decades of democracy will be frittered away by divided stakeholders.

In a 16-minute speech from the White House, US President Joe Biden announced on Tuesday that it was “time to end the forever war”. For nearly two decades, US troops have remained in Afghanistan, which they first entered in pursuit of Al-Qaeda after the September 11 attacks.

“We have noted the decision of the United States to withdraw its troops from Afghanistan and to end its military operations there. We are closely following the ongoing intra-Afghan peace process. Afghan people have seen more than four decades of war and unrest and deserve long-lasting peace and development,’ said MEA spokesperson Arindam Bagchi.

The Indian statement conspicuously did not ‘welcome’ the move, a reflection of the worry in New Delhi about the impact of the absence of foreign troops in Afghanistan.

Earlier in the day, Minister of External Affairs S. Jaishankar had stated that the US withdrawal would be a “big step”, but it was essential to get all parties to work together in the right direction for Afghanistan.

At a session of the Raisina Dialogue, he spoke in the context of the US proposal to hold a conference between the Taliban and the Afghan government in Turkey to decide on a political settlement that will also agree on forming an interim government.

The “principles” of Afghanistan’s collective interest – peace, development, reduction in violence and democracy – have always been touted and agreed upon by various stakeholders, said Jaishankar.

“The issue is how to get everybody to work in what they say that they believe in, without, you know, going different ways because of calculations and short term interests and pressures from other parties…”

The future of Afghanistan should not be a return to its past.

The international community should take care not to throw the baby out with the bathwater. pic.twitter.com/2YSI3FnZxz

He called for all the different parties to pull together. “What all of us see in president Biden’s announcement is a big step which is going to take Afghanistan in a certain direction, and it is important that we all work together to ensure that the direction is right and the outcomes are good for Afghanistan.”

At the same session, Iranian foreign minister Javed Zarif, in similar vein, counselled the Afghan polity to unite to present a common position in talks with the Taliban. “It is important to have a concept of peace. Democratic forces inside Afghanistan have to think about how to bring themselves together in order to have a unified plan. Because, we know what is the Taliban’s plan”.

He also urged the Taliban to “start negotiations now”. “Waiting for an eventuality when there will be a (security) vacuum and the Taliban will fill that vacuum is disaster. That is the recipe for new war in Afghanistan and we in the region cannot tolerate more burden. We have already have 3 million Afghan refugees,” said Zarif.

Iran, which had backed the Northern Alliance along with India and Russia, had initiated formal links with Taliban in last few years.

The Taliban had refused to send a delegation on the first proposed date of April 16 to start negotiations with Afghan government in Turkey. However, the insurgent group has yet to respond to the announcement of the new dates of April 26 to May 4.

The Indian minister also stated that it was not just about the presence of foreign soldiers, but foreign fighters who remain in Afghanistan. He referred to an UN report which had observed that around 8,000-9,000 foreign fighters were in the country.

Pointing a finger at Pakistan, he said that neighbours need to “lay off Afghanistan and let the Afghan people do what is in their best interest.”

Afghan National Security Adviser Hamdullah Mohib agreed, adding that the Taliban were working closely with the foreign fighters whose presence in Afghanistan was a threat to the region. Mohib also revealed that he had spoken with India’s NSA Ajit Doval on Friday morning to discuss the transition process.

The official Indian statement from the MEA reiterated support for the peace process to be “Afghan-led, Afghan-owned and Afghan-controlled”. “Any political settlement must be inclusive and should preserve the socio-economic and political gains of the past 19 years. India supports a united, democratic and sovereign Afghanistan,” said MEA spokesperson Bagchi.

He also called for an immediate and comprehensive ceasefire and expressed concern at the increase in targeted killings in Afghanistan.

The Indian diplomat also underlined that India is deeply involved through various conferences on Afghanistan. “India remains engaged with the Afghan stakeholders and also our regional and international partners regarding next steps”.