Construction of the sewage treatments plants falls under Maily Se Nirmal Yamuna project, initiated on the directions of the NGT. 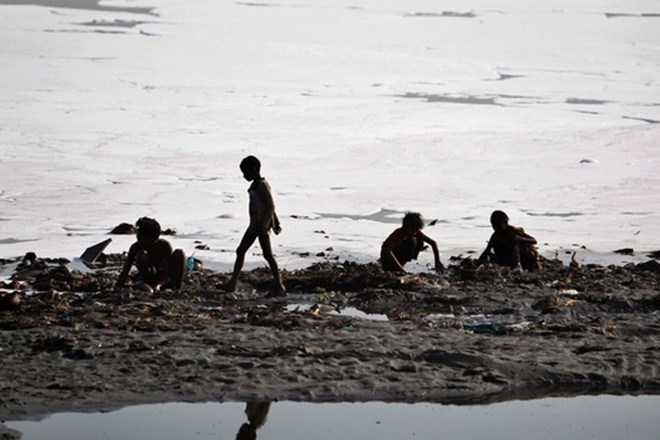 New Delhi: The decks have been cleared to ensure that Delhi no longer pollutes the Yamuna by discharging effluents into the river. The National Mission for Clean Ganga (NMCG) has approved funds worth Rs 1,900 crore for the creation of sewage treatment infrastructure in Uttarakhand, Uttar Pradesh, Bihar and the national capital.

Out of the allocated sum, Rs 344.81 have been earmarked for Delhi, to be used in the construction of seven sewage treatment plants (STPs) with a total capacity of 94 million litres per day (MLD) in the Najafgarh area on a priority basis, under the Maily Se Nirmal Yamuna project that was initiated on the directions of the National Green Tribunal (NGT).

The NGT, which had in January 2015 laid out an exhaustive plan – the Maily Se Nirmal Yamuna Revitalisation Project, 2017 – to revitalise the river, had only last month constituted a committee headed by the Delhi Jal Board CEO to oversee the execution of works pertaining to the cleaning of the river. The NGT reiterated the hope that the people of Delhi would soon “be able to walk across the banks of river Yamuna without breathing stinking air”.

The committee, with members also drawn from the Delhi Development Authority and the NMCG, was also directed to submit status reports at regular intervals. The NGT bench, headed by chairperson Swatanter Kumar, had noted that pollution from the Delhi Gate drain and Najafgarh drain alone were contributing 67% of the pollution that the river witnesses across its 22-km length in Delhi.

In the case of Allahabad, a comprehensive project of interception, diversion and treatment of sewage in Naini, Phaphamau and Jhunsi sewerage zones, at a cost of Rs 767.59 crore, has been approved. This would include construction of a 42 MLD STP at Naini and building eight sewage pumping stations, among other works.

Since none of the three zones have any sewerage schemes or any sanctioned STPs as yet, the move is expected to curb the discharge of effluents to a great extend and thus help in pollution reduction in both the Yamuna and Ganga by arresting the flow of waste water from the 18 drains which discharge into them at present. The Centre has also linked this move to its arrangements for cleaning the rivers at Sangam ahead of the Ardh Kumbh mela in 2019.

In Patna, the project envisages construction of three STPS with 60 MLD capacity and laying of sewerage lines at an estimated cost of about Rs 744 crore. With these approvals, Patna’s sewage treatment capacity is expected to increase to 200 MLD.