Wood Beetles Are Nature's Recyclers – With a Little Help From Fungi

It's thanks to decomposition brought about by beetles and fungi that we're not all buried under dead organic matter. 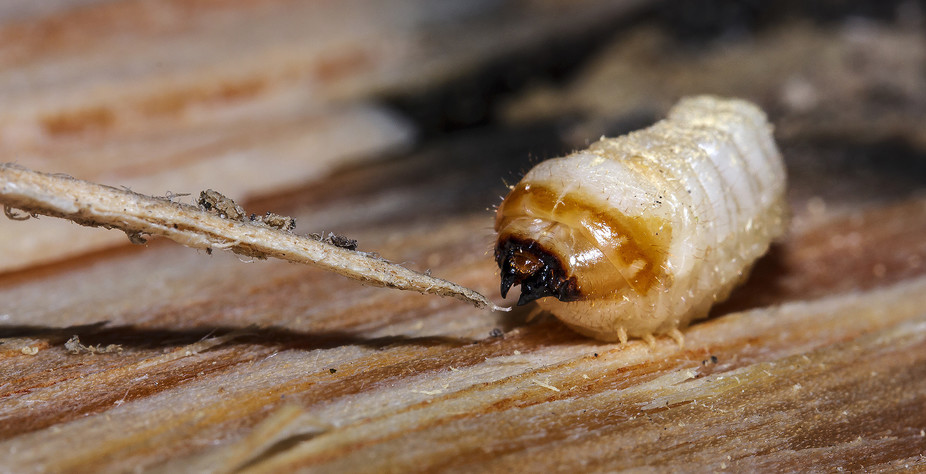 Dead wood-eating beetles, such as termites, can cause damage to residential properties. But they repay humans by performing a priceless service: helping us recycle decomposing dead trees.

Decomposition may have an unpleasant ring to it but it is a fundamental process in a functioning ecosystem, ensuring that we are not buried under the huge mass of dead organic matter that is produced every year right on our own doorsteps.

Dead wood-eating beetles are among the insect world’s best decomposers – organisms that digest dead matter and make their own living cells and tissues out of the acquired atoms.

The vast majority of organic matter produced worldwide every year is stored in wood, which is tough, and hard to digest and decompose. Worse yet, wood is nutritionally stingy. Dead wood is rich in sugars (cellulose, hemicelluloses and lignin), but try surviving on sugar alone.

Digested wood may be source of energy, but it is insufficiently nutritious so that all the organisms developing in dead wood – beetles but also flies, moths, and bacteria – struggle with growth, development and maturation.

Still, dead wood eaters are able to survive and thrive on this low-quality food source. How do they do it?

All living organisms have their own ecosystems, with digestive tracts inhabited by symbionts, the scientific term for organisms living in symbiosis.

Common knowledge would suggest that the activity of wood-eating beetles’ symbionts provides them with nutritionally balanced diets. And we know that beetles are able to synthesise important organic compounds out of nutrients furnished by their primary food, the dead wood.

But according to the law of conservation of mass, which dictates that the mass of the products in a chemical reaction must equal the mass of the reactants, a complete diet based on pure wood would be impossible. The atoms composing nutrients cannot be created out of nothing.

The problem is the organic composition of wood. Even if sugars (chemical structure CxH2yOy) are split into atoms, they are a source of only three chemical elements: carbon, hydrogen and oxygen. This is not enough to live off even when we consider that symbionts have the ability to assimilate the fourth element, nitrogen, directly from the air.

It has been estimated that for wood-eating beetles to consume the atomic composition of their bodies from wood alone would require approximately 40 years for males and 85 years for females, which are bigger. In fact, the beetle’s growth period spans at most three to four years in nature.

Beetles must therefore have a source of proper food, offering the needed atoms in the right proportions, and it cannot be the wood that seemingly comprises the whole of their diet. Where do they get the nutrients needed to grow and mature?

The answer is fungi.

During the first few years of decay after living wood dies, its nutritional composition is changed by fungi. Fungal tissues growing inside of dead wood are connected to nutritionally-rich areas of the environment outside of the wood.

These may consist of either protein-rich organic matter or of minerals and rocks. Rocks may be disintegrated by fungi, and are sources of specific atoms utilised to build fungal tissues. Fungi may even “predate” on soil fauna.

Acquired nutrients are translocated from the outside of dead wood to the inside via the fungal mycelium (that is, mushroom “body”). By consuming decomposed wood that is rich in fungal tissues, the dead wood eater is able to grow, develop and reach maturity.

But even then its growth is constrained. To cope with the nutritional limitations of dead wood, these beetles prolong their development, slowly growing over several years. During this time, they are able to gather all the necessary building blocks (atoms) for their adult bodies.

Their prolonged development time is made possible by the relative safety and climatic comfort of living inside logs and tree trunks, as opposed to in the outside world, which reduces mortality.

Growth and development of dead-wood eating beetles are co-limited by the scarcity of non-sugar nutrients rich in essential bio-elements, such as nitrogen, phosphporous, potassium, sodium, magnesium, zinc and copper. Atoms of these elements have the nutrients used for building and maintaining the bodies of growing dead wood-eaters. 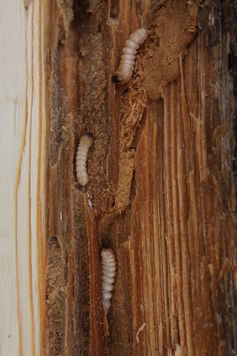 Fungi utilise dead wood as a source of energy, and as they sprout all over logs during the first four or five years of decay, they nutritionally enrich and rearrange dead wood. In doing so, they create a nutritional niche for dead wood-eaters, allowing them to undergo growth and development to maturity.

In turn, deadwood-eaters affect the wood, fragmenting and shredding it and producing what’s known as frass (wood pieces mixed with excrement that may be further decomposed by microorganisms). Beetles therefore, contributing to further wood decomposition and nutrient cycling on the forest floor.

Thanks to complicated ecological interactions between dead wood, fungi and dead wood-eaters, the huge mass of the most common organic matter in land ecosystems is being continuously decomposed in forest ecosystems. It’s nature’s own recycling system.

Michał Filipiak is an environmental biologist at the Institute of Environmental Sciences, Jagiellonian University.