A new study says plant productivity will peak around the mid-century, after which the rate of carbon uptake will start to decline. 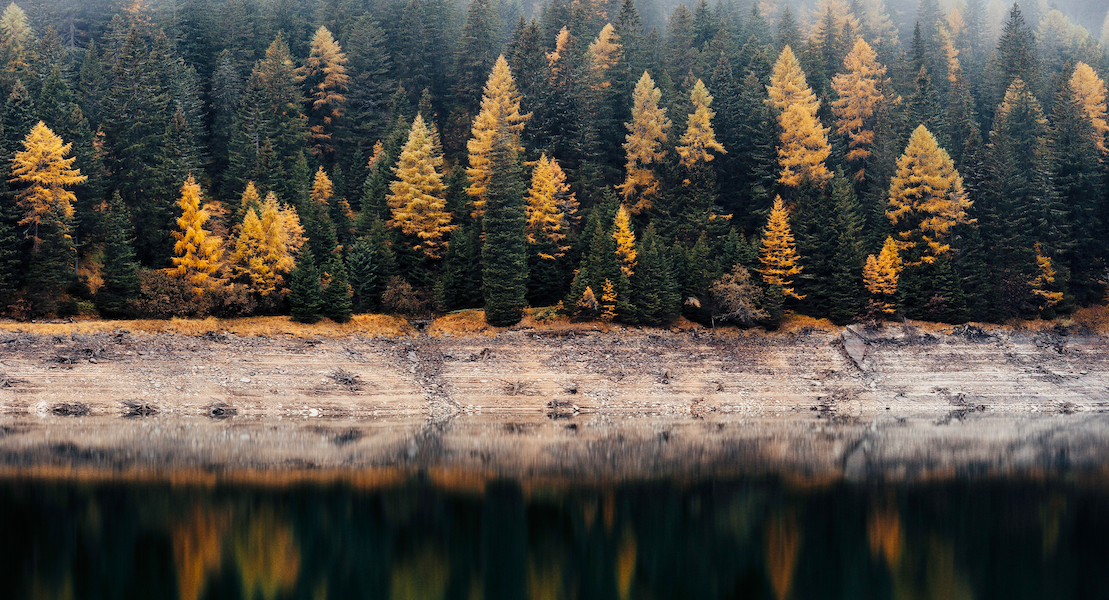 In natural forests, every hectare of land together with its trees traps about 250-300 metric tonnes of carbon. Photo: Samuel Ferrara/Unsplash

Africa is building an 8,000-km-long wall of trees. The UK government has announced funds to plant 10 million trees across England. In India, volunteers planted 66 million trees in Madhya Pradesh within 12 hours. Many countries hope to offset their carbon emissions by planting more trees.

But in a new study, scientists from Columbia University show that if carbon emissions continue at the present rate, planting trees alone may not work.

Trees and the soil together capture almost a quarter of carbon dioxide that humans put in the air, offsetting global heating by a small but significant amount.

However, the efficiency with which flora fix carbon depends on climatic conditions, including the correct temperature and the right amount of water.

“At present there is a lot of uncertainty about our climate even in the next 10-100 years,” Julia K. Green, a scientist at the Laboratoire des Sciences du Climat et de l’Environnement, France, told The Wire. According to her, there’s a lot of year-to-year variability in soil moisture and it’s hard to say this might impact photosynthesis and plant growth.

Thanks to the climate crisis, many parts of Earth – but the tropics in particular – face water scarcity. Climatologists also expect the number of extreme weather events will spike. So, Green, who was previously at Columbia University, and her colleagues decided to find out how soil moisture changes could affect vegetation growth.

They found that plant productivity would peak around mid-century, after which the rate of carbon uptake will start to decline. “If this were to happen, climate change and global warming could speed up,” Green said.

In other words, planting more trees will help us only for a little more time, and after that – especially if we don’t cut back on our carbon emissions now – we’re going to be in big trouble.

“That’s not surprising,” Somnath Baidya Roy, an associate professor of atmospheric sciences at IIT Delhi, told The Wire. “Carbon dioxide is fuel for plants, and as its availability increases, plants will produce more food and grow quickly.”

This effect is called carbon dioxide fertilisation. And at some point, the plants are going to stop eating – just as you would in an all-you-can-eat buffet. “Plants will reach this point when they run out of water or nutrients,” Roy said.

Earlier this year, a group of researchers had suggested planting trees on an additional 900 million hectares of land would offset the effects of global heating to the point of resolving the crisis. But others criticised the group for making simplistic associations and disregarding the dynamic nature of carbon storage and future emissions.

Stefan Rahmstorf, a physicist and oceanographer at the Potsdam Institute for Climate Impact Research, Germany called the claim “too good to be true”. Trees store atmospheric carbon gradually. At the current rate, trees on 900 million hectares could only offset anywhere between a fifth and a third of our emissions; if emissions rate increases, this fraction will only fall. The estimate also varies if climate feedback alters plant growth rate. Finally, the 900 million hectares of land will not all be forestable, and could destroy other ecosystems like savannah and grasslands.

Scientists estimate that without extreme events and seasonal dry spells, we could store approximately twice as much carbon dioxide in the terrestrial biosphere.

According to Rattan Lal, a professor of soil science at Ohio State University, Columbus, “increasing soil organic content may improve water storing capacity and buffer some of the climate change effects.” But it won’t be enough to sustain plant growth at the same scale. Lal wasn’t involved in the study, and praised Green and co. for using a more quantitative method.

He also said that extant carbon emission estimates don’t include the amount of carbon dioxide released from soil because it’s “tricky” to calculate. This is worrying for two reasons.

First, soil in permafrost up to three meters deep contains about 1.7 trillion tonnes of carbon. As the ice at Earth’s polar caps melts, it will release all this carbon into the atmosphere.

In natural forests, every hectare of land together with its trees traps about 250-300 metric tonnes of carbon. That is, if we cleared the forest, burned the biomass and let the vegetation decay, we would release as much carbon dioxide into the atmosphere. This value is lower for grasslands (75-80 tonnes/ha) and monoculture plantations (60-75 tonnes/ha).

But the soil stores carbon up to several metres below ground. Once the vegetation on the surface has been cleared, the soil’s quality continues to shift, and could add more carbon dioxide to the atmosphere, according to Lal.

One analysis of satellite data found that India’s leaf cover grew by 7% between 2000 and 2017 but that forest cover increased only by 4.4%; many experts have disputed this figure, pointing to government data that classifies plantations as forests as well. So India’s carbon sink capacity is even less than what scientists have estimated it to be.

“While plantations can hold more carbon dioxide, they may not reach the level of natural tropical forests,” Lal said.

In February 2014, the Government of India launched a multi-target scheme called the Green India Mission. One of its goals is to increase forest cover to 5 million hectares and improve the quality of forest cover on another 5 million. Official estimates suggest the move will enhance India’s carbon sink capacity by 50-60 million tonnes by 2020. However, the scheme doesn’t specify if monoculture plantations are part of the plan.

In a 2017 report, researchers estimated that the amount of carbon India’s forests were sequestering had plunged by 12% relative to their capacity 2003 – despite an increase in forest cover.

Green’s study shows that with frequent droughts, many existing forests might also turn into grasslands. In the short-term arid regions like the Savannah type grasslands of central India and Western Ghats will be the most vulnerable.

However, Prosenjit Ghosh, an experimental Earth scientist at the Indian Institute of Science, Bengaluru, has some concerns. According to him, global data models have a lot of uncertainty – so projections based on them could feed unreliable conclusions. He said that climate change could promote the growth of more vegetation in Earth’s northern latitudes, over areas currently covered in ice or permafrost.

“Such a shift in vegetation types will be the major driver influencing net carbon uptake in the terrestrial regime, and will need further investigation,” Ghosh told The Wire.