Why India's Insects Are Disappearing

According to scientists, 40% of insect species are likely to become extinct globally in the coming years. Indian entomologists agree that India is already witnessing a slump in insect numbers. 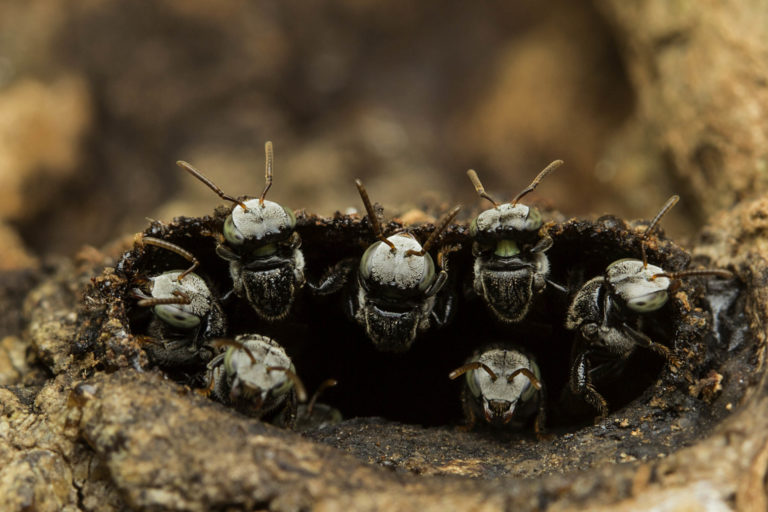 When was the last time an insect fell in your soup? Or down your collar under a bright street lamp? Insects rarely land on window panes on a rainy night or buzz about in the sun, nowadays. If you think that’s a good thing, think again.

There are approximately 5.5 million insect species buzzing, creeping and crawling across planet earth. However, a scientific review of records recently published in the journal Biological Conservation reveals that up to 40% of insect species worldwide are likely to become extinct in the coming years. And, entomologists say that is bad news.

Our knowledge of the services that insects provide to the ecosystem is limited. In fact, nearly 89% of the global insect population has not even been named, said former director of the Zoological Society of India, P.T. Cherian, who is among the many scientists who believe that India too is part of the decline of insects being witnessed globally.

“In the early 70s, I visited Coonoor several times in search of this interesting leafhopper of the genus Gunhilda that had earlier been recorded from that place. But neither my students nor I, or anyone else looking for it, has found it ever since,” shared C.A. Virakthamath, the 76-year-old doyen of contemporary Indian entomology, Professor Emeritus at Gandhi Krishi Vignana Kendra (GKVK), Bengaluru, in Karnataka, and an authority on leafhoppers. A complete genera of leafhoppers has disappeared in India.

Also read: A Bug’s World: the Story of How Wings Set Insects Free to Colonise Earth

“You don’t hear insects as you would before,” Rohini Balakrishnan, chairman, Centre for Ecological Studies at the Indian Institute of Science (IISc), Bengaluru, told Mongabay-India. Balakrishnan specialises in insect acoustics, particularly crickets and tettigonids. “Their numbers are diminishing, and that should be a cause for worry,” she added, underlining the growing urbanisation as one of the reasons.

Other Indian entomologists have similar tales to tell. According to Prathapan Divakaran, an entomologist from College of Agriculture in Vellayani, Thiruvananthapuram in Kerala, two species of flea beetles that he had collected from the Botanical Garden at GKVK campus in Bengaluru in the 90s, are now locally missing. An expert on flea beetles, who has described 80 new species and seven new genera, Divakaran says: “I have also not been able to locate several genera described in the records on fauna from British India.”

Director of the National Bureau of Agricultural Insect Resources (NBAIR), Bengaluru, Chandish Ballal said that the same seems to be happening with the Ichneumonid wasp, Campoletis chlorideae, an important pest controller against moths infesting chickpea crop. Past published records showed the presence of 70% of these wasps on chickpea pods. Yet in 1990, when she was studying the wasp for her doctoral work, Ballal barely recorded 20% of these wasps on chickpeas. Could this be attributed to the use of pesticides? The lack of records leaves this question unanswered.

Meanwhile, V.P. Uniyal from the Wildlife Institute of India in Dehradun, Uttarakhand, has observed a drastic decline of fireflies. He is now planning a project to monitor their status.

These are just a few of the several anecdotal records that point to both a change in the numbers of insects and absence of some species in habitats from where they had been recorded earlier. But why should their decline be a cause for concern? 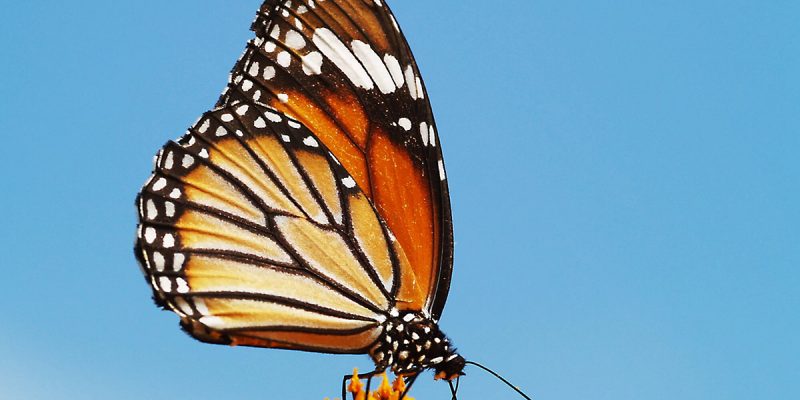 Why should we care about declining insects?

Insects are often panned for the harm they do instead of being valued for the benefits they bring. For instance, caterpillars, which are essentially the larvae of lepidopterans like butterflies and moths, are mostly treated as pests that damage many plants that are food sources for humans. However, the butterflies and moths they grow into, are important pollinators, necessary for plants to bear fruit, which humans consume.

In a paper published in 2016, Pannure from GKVK stated that, in India, most food crops need insect (and mainly bee) pollinators for sufficient successful pollination. These crops include oilseeds, vegetables, legumes and fruits.

Insects also have other economic importance. About 1,500 edible insect species are consumed by 3,000 ethnic groups in 113 countries – grasshoppers, cicadas, ants, bugs, beetles, caterpillars are food to a large population of people. Jharna Chakravorty and team recorded 51 insect species, belonging to nine orders that are consumed as food by six indigenous communities (tribes) of eastern Arunachal Pradesh. Insects are also food to diverse groups of vertebrates. Frogs, reptiles, birds and several mammals are insectivores. Herpetologists and ornithologists have started raising an alarm at the declining numbers of frogs, reptiles and birds and one of the reasons is the lack of insects for food.

Freshwater lakes and streams that are sources for drinking water are generally poor in nutrients. Insects falling into them add considerable amounts of carbon, nitrogen and phosphorus to enrich these ecosystems and thus helping shape the dynamics of aquatic communities.

“Our endeavour to use new and modern pesticides, without adequate studies of their effects on ecosystems, has served to pollute soil and water leading to the disappearance of several useful and agriculturally unrelated aquatic insects,” Subramanaian K.A. from the Zoological Survey of India, Chennai, told Mongabay-India.

A dragonfly expert himself, Subramanaian says that while the common species of dragonflies are still around, the numbers of those that live around streams and lakes have declined due to pesticide pollution. Aquatic insects such as mayflies, stoneflies, and caddisflies have also suffered the same fate. Many are yet to be identified by taxonomists.

Pollination apart, biological control, food provisioning, recycling organic matter, producing honey, silk, lac, medicines and food are just some of the reasons why we need insects. Given their ecological role and economic value should there not be a greater concern about insects?

Studies by agricultural scientists in India usually focus on a select group of pests and their common predators. NBAIR’s Ballal told Mongabay-India that the systematic survey of insects or generating quantified data of insect species has never been the mandate of NBAIR. The objective of the institution is to identify agriculturally useful insects and ensure that their population thrives and to find ways of destroying pests. 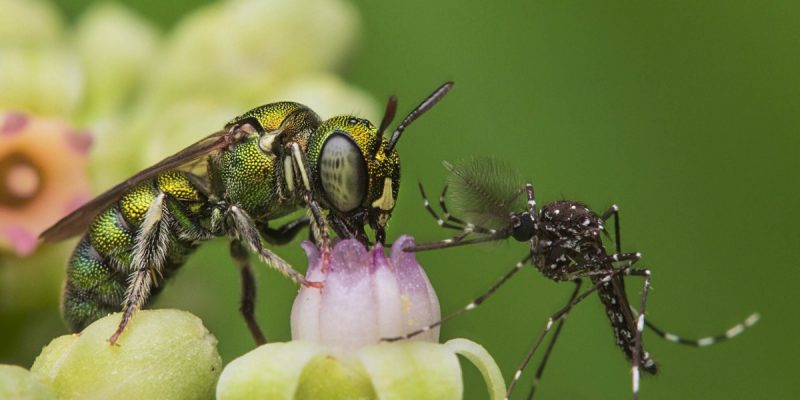 Scientists rue the lack of adequate information and documentation on insects in India.

“If we are ignorant of how many are out there, then how can we know about their decline,” says Cherian of the Zoological Society. “I have been following the literature on decline of insects, and I suspect that there is little or no information from India,” adds ecologist Raghavendra Gadgkar, chairman of the Centre for Contemporary Studies, IISc, Bengaluru.

In her study on bees as pollinators, Arati Pannure from GKVK observes, “Remarkably very little is known about the status of bee pollinators in the wild and their population dynamics, life history, habitat requirements pollinator interactions with other elements of crop and crop-associated biodiversity, the ecology of pollinators, or the ultimate consequences of their decline.”

According to Nicola Gallai and co-authors in their 2009 research, more than 40% of honey bees have disappeared during the last 25 years in India. In India many crops are pollinated by wild bees. These include not only wild honey bees, carpenter bees, bumble bees and leaf-cutter bees of the family Megachilidae but also rare ones from the family Andrenidae, Colletidae and Melittidae. But according to Pannure there is no clear data on the composition of bees from India. 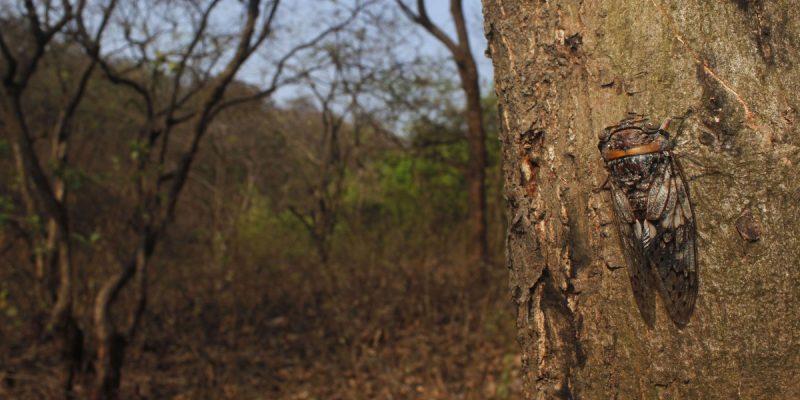 There is also no available data on other key crop pollinators like flies, moths, wasps, beetles and butterflies in that order of magnitude.

“We have started collecting and preserving type specimens of moths from Eastern Himalayas to record and update the species in our collection,” shared Kailash Chandra, director of the Zoological Society of India, Kolkata. A small but important step. “But there are no systematic surveys that can give us quantified data of their presence or decline,” he adds.

The Fauna of British India (FBI), published in the early 20th century, is the only comprehensive document on Indian insects till date. But the insects described in the document are not easily accessible to Indian entomologists as most of them are now found in European museums.

“Where is the funding to document insects from various habitats?” asks Divakaran, bringing in the pragmatic aspect that’s been a stumbling block so far, for India to pursue data on insect numbers.

Also read: Meet the Professor Who Thinks Dinners of the Future Should Include Insects

Peter Smetacek, owner of the Butterfly Research Centre, Bhimtal is more forthcoming on this matter in his review published in ENVIS Bulletin in 2011. “There is no conservation plan, no plan to tackle potential emergencies, no recognised pool of expertise to deal with challenges, no formal group of authorities who can take new developments into consideration and formulate appropriate policies, no empowered committee, no up-to-date literature on the subject, no complete, taxonomically up-to-date collection…,” he elaborates on what’s keeping researchers from this quantifiable data collection.

A small step to document trends in insect abundance is a study to document the status of a group of insects, interestingly initiated by a professor of neurobiology and biomechanics. Sanjay Sane, by his own confession, began the systematic documentation quite by accident and realised soon the importance of it. When he set up his lab at the National Centre for Biological Sciences in 2012, the institute asked him to start a project at Agumbe, Karnataka. He chose hawkmoths as his study subject – a group he was familiar with from his initial work on their migration. From 2012 onwards, his students, trained in taxonomy, have been systematically documenting hawkmoth numbers and diversity on every night of a new moon. Into the sixth year, he reports that there is no substantial conclusion yet and that trends in the population numbers can be observed after ten years perhaps. “For now, it is important to keep track of numbers as no one else is doing this,” he said. In search of the culprit

Insects co-evolved with plants. Plant profiles are changing as we replace native trees with fast-growing exotic ones, and the loss of natural host plants denies insects their food and the opportunity to reproduce. “There are some insects that maintain only small populations. These are like indicator species as they are the first ones to disappear when the environment changes,” says Viraktamath. He gives the example of bark lice that breed only on tree lichens. Lichens disappear when air pollution levels rise. With trees being cut regularly, the bark lice’s chances of survival are very poor.

Viraktamath agrees that climate change has also been a contributing factor. He explained how, not the amount, but the distribution of rainfall has changed because of which vegetation has changed and, in turn, the insect population. Also on the list of culprits is technology pollution. A 2010 study showed that cell phone radiation had a marked effect on honey bee behaviour. At the end of the study, there was no brood, no pollen and no honey in the subject colony. The colony had collapsed – a condition that can happen, it appeared if hives are exposed to electric fields.

So, when will India sit up and take note of the phenomenon of insect loss? Will the government initiate projects to identify and document the status of unnamed and unknown as well as named and known insects? Taking immediate steps to stem the decline of insect populations is the need of the hour.

This article was first published in Mongabay. Read the original here.