New study confirms fears that the island's native wildlife can be poisoned by introduced Asian toads. 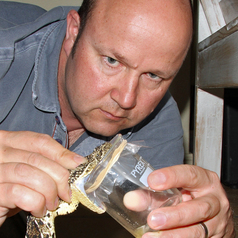 Madagascar is in the midst of a toxic invasion. Since around 2010, an army of invasive Asian toads (Duttaphrynus melanostictus) has gained a foothold in and around the eastern port of Toamasina after they were accidentally introduced from South-East Asia. This has dismayed conservationists who worry about the island’s already beleaguered endemic fauna.

Now, our worst fears have been confirmed by recent findings by a research team led by Bangor University masters student Ben Marshall and including myself. In our new study published in Current Biology, we show that most of Madagascar’s unique native wildlife can indeed be poisoned by the introduced toad.

Invasive species are one of the major drivers of extinction worldwide. Most impact native species by eating them (cats, rats), competing with them (grey squirrels in the UK) or altering local vegetation (rabbits, goats). Invasive toads, on the other hand, primarily affect native predators through their skin toxins, poisoning any animal that takes a toad into its mouth. “True toads”, of the family Bufonidae, synthesise potent toxins in large prominent parotoid glands on their backs. These “bufotoxins” impede the regulation of sodium and potassium levels in cells, leading to rapid heart failure and death. 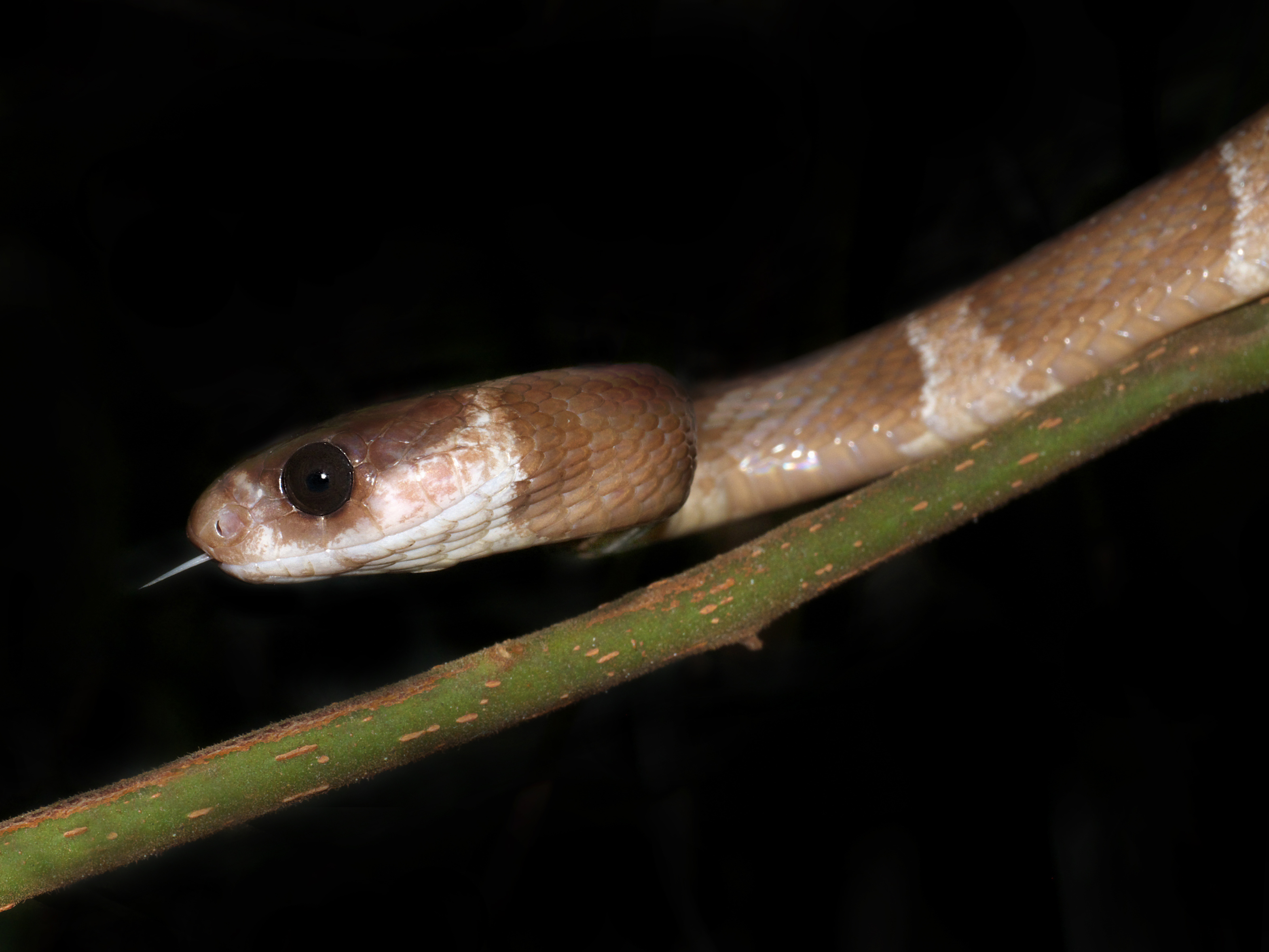 Where toads occur naturally, some predators avoid them, but others have evolved resistance to their toxins, allowing them to routinely eat toads. Recent investigations have revealed the mechanism of resistance: two specific amino acid substitutions in the target molecule of bufotoxin, the ATPase sodium-potassium pump, are all that is required to change a dangerously poisonous toad into a potential meal. Remarkably, the same solution has evolved in a diverse array of species, from rats to lizards to the toads themselves, and this appears to be the only way for any vertebrate to resist the toads’ toxins.

The problem for Madagascar’s animals is they developed on an island with plenty of frogs but no toads. Native species, therefore, had no reason to evolve any resistance to toad toxins nor any sense that they should avoid toads.

And when toads do invade these previously toad-free areas, it may result in mass mortality among some naive predators. For instance, the infamous cane toad invasion of Australia caused larger apex predators, such as monitor lizards, some snakes and the marsupial quolls to become locally rare or extinct. This, in turn, affected numerous other species in the food web, though some, such as some smaller lizards and snakes, actually flourished due to the removal of the larger predators.

So will Madagascar’s predators suffer just like Australia’s? As we now know that there is a single molecule responsible for toad resistance in vertebrates, this gives biologists an invaluable tool: simply examining the relevant gene will reveal whether an animal can eat a toad with impunity or is liable to be poisoned.

In our study, we used this approach on a range of Malagasy predators. The results confirmed our worst fears: out of 29 reptiles, eight mammals, 12 frogs and 28 birds tested, all except one rodent (the white-tailed antsangy) lack resistance to toad toxins. 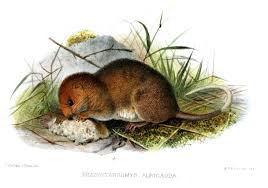 This presents an immediate conservation concern in an already troubled biodiversity hotspot, and has serious implications for the many species that exist only on Madagascar. For instance, all Malagasy snakes tested are vulnerable to toad toxins, and anecdotal reports have already documented snakes dying from eating toads.

It gets worse: in the past, a loss of snakes has led to booms in rodent populations and fears over public health. Such fears are warranted once again, given that non-native rats are resistant to bufotoxins.

However, rodents appear to be unique in this respect. Among the toad-sensitive mammals are Madagascar’s most charismatic and widely recognised residents. Three representatives from three lemur families are vulnerable. Fortunately, lemurs eat plants and sometimes insects, and only rarely prey on small vertebrates, which will likely limit the toad’s impact on them. The same cannot be said for the carnivores of Madagascar: the habits of the enigmatic fossa and others make them extremely likely to encounter and consume the toxic invader. 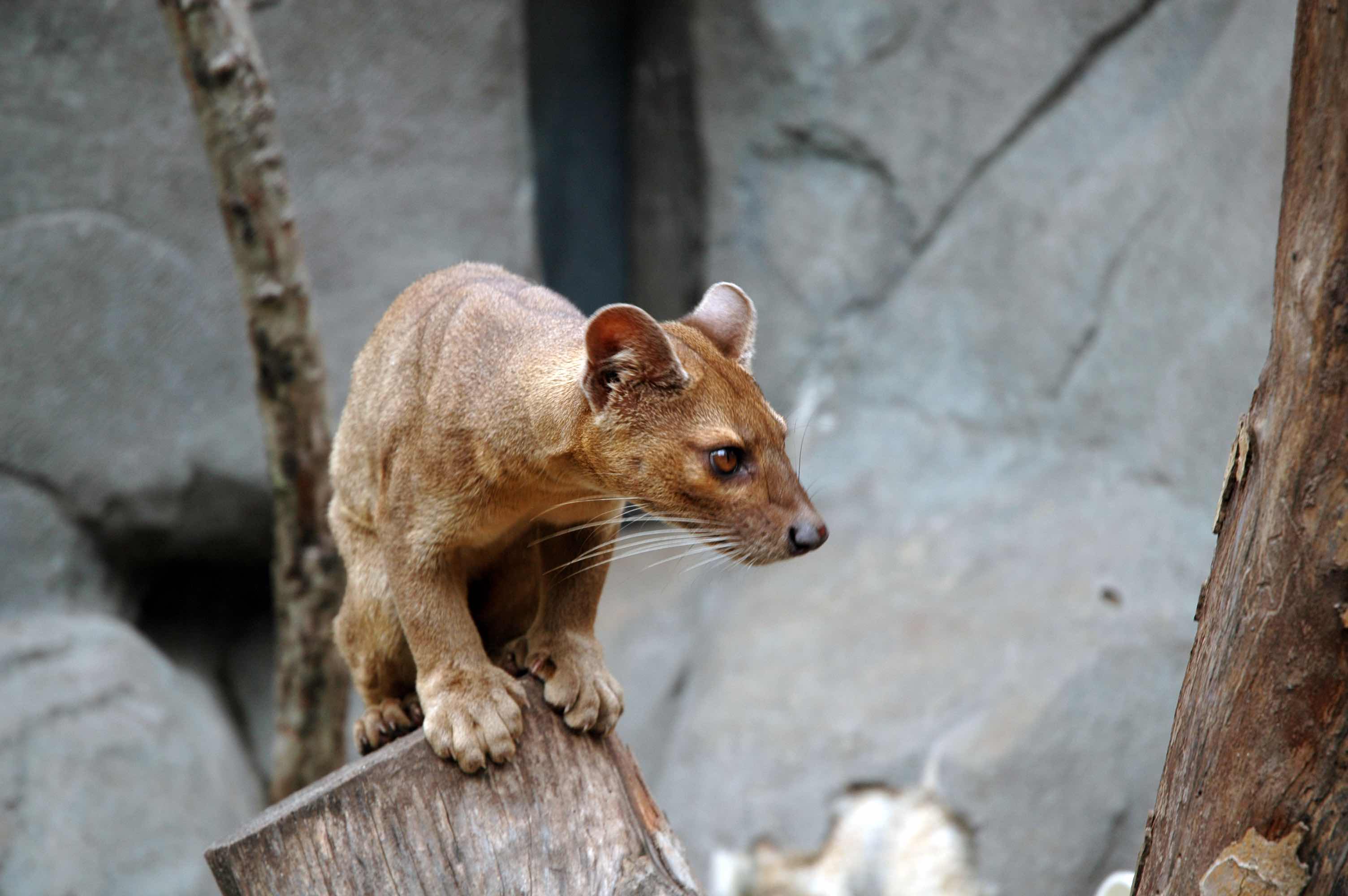 The cat-like fossa will eat anything from lemurs to lizards. Credit: Wikimedia Commons

As cane toads in Australia highlighted, it’s tough to predict exactly which species will be most affected by an invader. The sharing of habits and habitats will likely be the biggest factor influencing how much the toad will impact a species, but subtle differences in their interactions can make big differences to the outcome. For instance, small variations in breeding times made large differences in the relative success of native and invasive tadpoles in Australia.

Possible hope comes in the form of animals’ unrelenting ability to adapt. Australia offers many examples of native species evolving or learning quickly to avoid toads, or to only eat the least toxic parts of toads. Whether vulnerable Malagasy species, restricted to much more fragmented habitat patches serving as their final refuges, can display similar resilience remains to be seen.

The invasion of Madagascar by these toads has attracted considerable attention, but initial efforts to eliminate them have faltered. We hope that the confirmation that these toads pose a real threat to native species will reinvigorate efforts to protect native species from the toad’s further expansion.