The Toll of Ambiguity in the Government's Culling Orders

Discussions on culling had moments that were difficult to comprehend – especially since India claims to be a leader of wildlife research in the region. 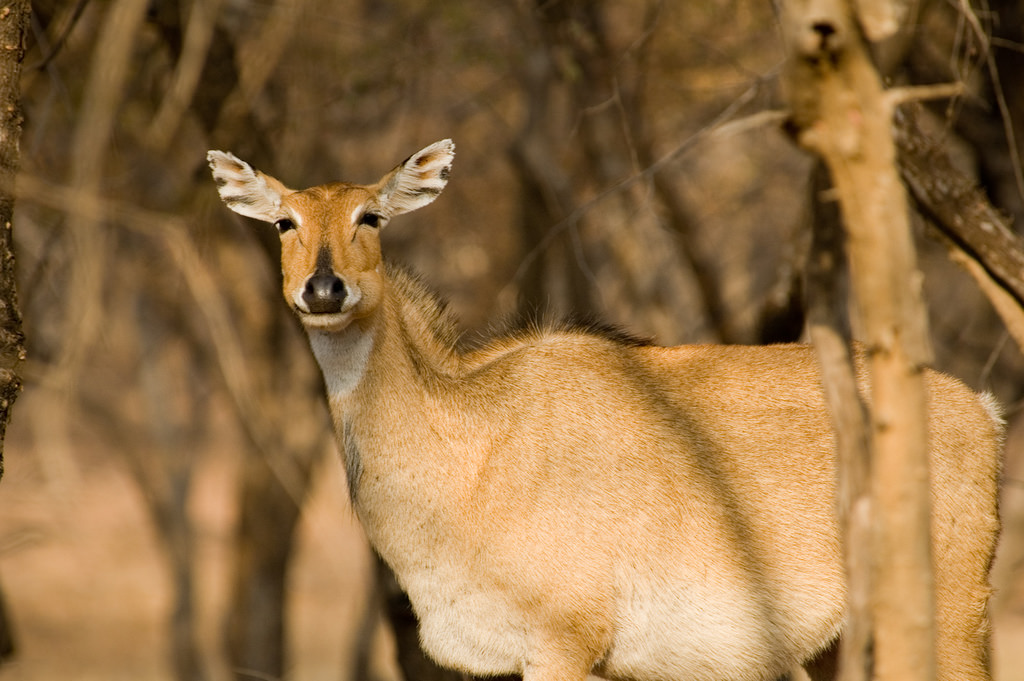 A nilgai. Credit: pauljill/Flickr, CC BY 2.0

The media extensively covered the debate around culling during May and June 2016. A spat between two cabinet ministers underscored the sound and fury. A spate of culling orders, December 2015 onwards allowed for wildlife to be killed in large numbers. As Neha Sinha wrote in The Wire in June 2016,

Wild species are protected under the Wildlife Protection Act of 1972 – all except vermin. These vermin include animals like rats, crows and insects like termites. In the case of damage to human life, protected wild animals, like ‘man-eating’ tigers or leopards and ‘rogue’ elephants can be killed or removed, while individuals of others species with lower levels of protection, like nilgai and wild boars, can be killed or removed on specific orders even if they damage property. Moving from the occasional act of removing individual animals toward the more active decision to declare entire species as vermin has been seen as populist, and as coming at the cost of good management. [Prakash] Javadekar says he is helping farmers, while [Maneka] Gandhi questions the human-centric move of shooting the animals. A series of broad orders by states now allow animals to be killed, implying that they can also be trapped or tortured without the need to report back to the state.

The Supreme Court has since refused to stay the Central government’s notifications allowing for nilgai, rhesus macaque and wild boars to be declared vermin under section 62 of the Wildlife Protection Act (WLPA). Bihar, Uttarakhand and Himachal Pradesh were the states affected.

There is very little understanding on how the situation has shaped in these states after the culling decisions. This also stands true for Maharashtra and Telangana where the state governments (under section 11(b) of WLPA) have permitted culling. Critical questions remain unanswered; from the number of animals killed to whether culling has had an impact on the human wildlife conflict situation.

Madhya Pradesh has used helicopters and horses to capture nilgai and move them to forests. This approach has led to lines in the press like “a scene resembling hallmark cowboy movies of Hollywood”. The number of nilgai and conflict locations the forest department will be able to address using this method is unknown. Also, while department officials appear to have colour-marked the animals captured, what prevents the ‘red’ nilgai from venturing out of the sanctuaries they are released in and into nearby crop fields? Above all, is this financially viable?

Karnataka has allowed the culling of wild boars across the state. A conservationist who did not want to be named said that no one from the Bengaluru wildlife community on his Facebook list even shared the news, let alone discuss it.

Himachal Pradesh decided to pay Rs 500 for each rhesus macaque killed – yet no one did any killing. The state then contemplated entrusting the task to its two eco-battalions, which otherwise ensure conservation of its urban forests. It also came up with an audacious plan to translocate the monkeys to Nagaland, Mizoram and Arunachal Pradesh.

Discussions on culling had moments that were difficult to comprehend – especially since India claims to be a leader of wildlife research in the region.

The Supreme Court had asked each of the three petitioners – Wildlife Rescue and Rehabilitation Centre, the Federation of Indian Animal Protection Organisations and Gauri Maulekhito – to make representations to the environment ministry.

In reply to one of these representations, the ministry stated, “Blue Bull (Nilgai), Wild Boar or Macaque are known as not very preferred prey … even within the forests”. Two days later, in the court, the petitioners presented the ‘Status of Tigers, Co-predators and Prey in India’ reports, besides other documents. These reports, by the Wildlife Institute of India (WII) and the National Tiger Conservation Authority (NTCA), mention the blue bull and the wild boar as being tiger prey. The WII is an autonomous institution of the environment ministry while the NTCA is a statutory body under the ministry. In other words, the ministry had contradicted its own documents.

Abi Tamim Vanak, of the Ashoka Trust for Research in Ecology and the Environment, Bengaluru, has suggested that a sound and robust scientific management plan is needed to systematically evaluate each intervention option using advanced modelling and decision support tools instead of winging the implementation.

On the other hand, Arpan Sharma, of the Federation of Indian Animal Protection Organisations, said that they were opposed to killing animals as a means of controlling a problem that had been created by treating animals as objects of human use. Further, there is little clarity on the number of animals that exist, which groups or individuals from this population are actually in conflict and what is driving that conflict. On top of it there is no mechanism in place to ensure that the conditions stipulated by the culling orders are adhered to. It is a free for all situation coupled with ambiguity.