"We understand Chennai's water-need is greater than ours, and we don't stand in the way of our water quenching Chennai's thirst. But to supply water meant for our farms to malls is unjust and not acceptable."

Some residents of Chennai wait for water near a hand pump. Photo: Twitter/@ANI

Thiruvallur, Tamil Nadu: The pamphlet announcing a protest to save groundwater, put together by villagers of at least seven villages in Thiruvallur district, bears a strikingly ominous message. Listing the dangers with exploiting groundwater, the third point declares, “We will be pushed to a Chennai-like situation, where we will have to beg for drinking water.” For many villagers, this was enough to bring them out to the streets.

It is ironical that these villages – Madura Mettur, Mettupalayam, Periya Colony, Gandhi Nagar, Kokkumedu and Marambedu – have reportedly been supplying drinking water to Chennai since the city’s crisis began.

Last week, about a hundred women from these villages, settled by about 5,000 people, protested at a site in Kokkumedu, where they claimed at least 11 bore-wells, dug only a few months ago, were draining groundwater to the detriment of their livelihoods. The ceaseless sound of tanker-lorries motoring nonstop through the narrow, dusty roads is something new to this part of the district, which remains largely untouched by its neighbour’s rapid urbanisation.

At Marambedu, villagers claim, a well that had served up water for over a century had run dry after the bore-wells came up. “We have never seen it dry, not even in the worst of times. For the past two months, it has become an oversized dust bin,” Malliga, 65, a long-time resident of Marambedu, said.

According to S. Thirunavukkarasu, a former engineer at the Public Works Department (PWD) and an expert on water issues, such a thing is eminently possible. “There is something called a cone of depression. If the well falls within its limits, it is highly likely that it became dry because of bore wells,” he told The Wire. 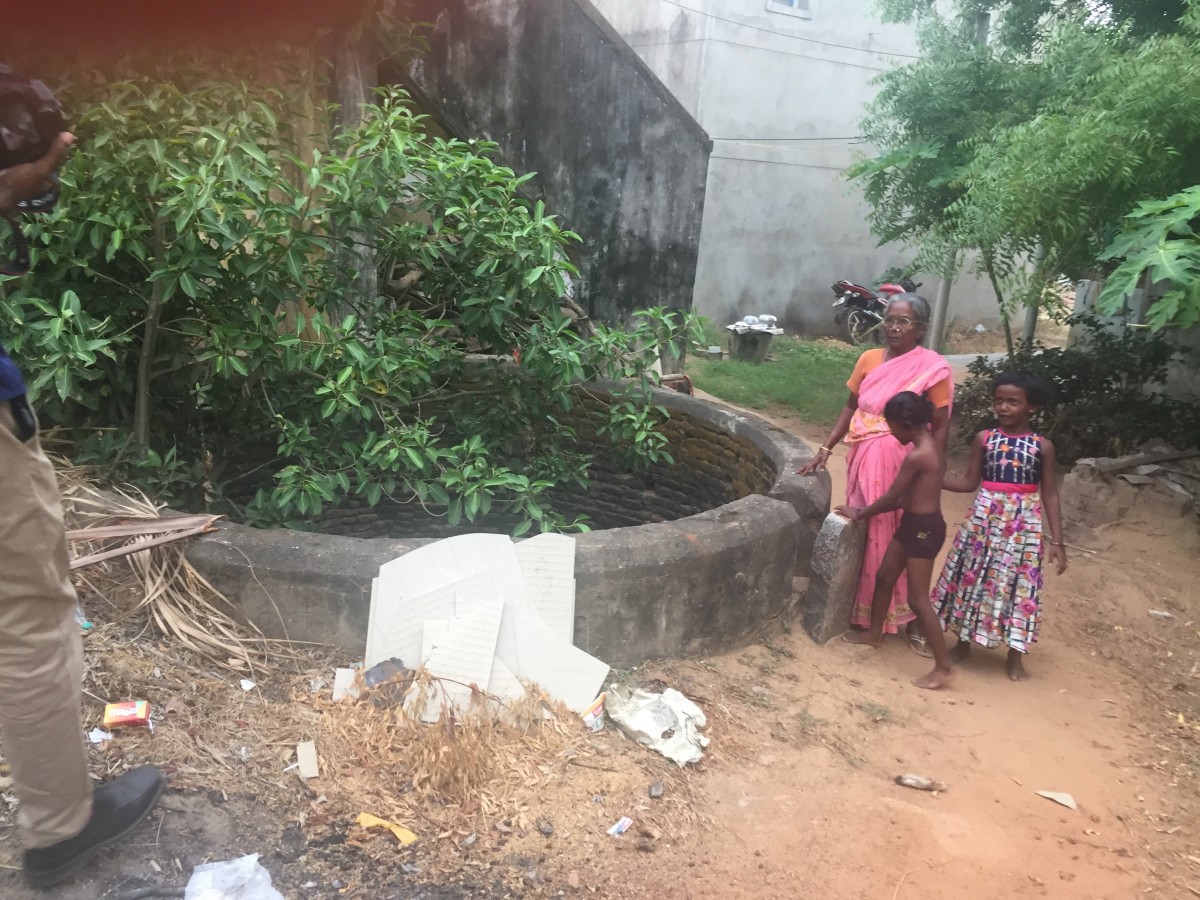 The villagers have protested against the bore-wells multiple times, to no avail. Their agitation last week was their fifth in four months. A few weeks ago, they laid siege to a public bus to draw the officials’ attention to what they say is nothing but water theft. “After every protest, the bore-wells remain idle for two or three days, but they soon resume their work,” Chandrasekhar, a resident of Kokkumedu village, said. The villagers have also alleged that, after the village administration cut the power lines to the bore site, the tankers’ drivers use electricity illegally drawn from other sources.

But their primary contention is that the water being drawn out from their land is being sold off at malls and shopping complexes. “We cannot afford to, but we wouldn’t have protested so intensely if it was meant to quench Chennai’s thirst,” S. Krishnaveni, a resident of from Marambedu, said.

When tens of lorries began plying the lanes of Kokkumedu on a daily basis, its residents set out to find where the vehicles were headed. “Some youth followed these lorries and found out that they were stopping at malls,” according to Krishnaveni. She was among the women who marched ahead last week to break the bore-wells before they were stopped by the police. Her husband, Saravanan, recently became a taxi driver after he figured farming was no longer a viable option, at least in the near-term. “We have two children going to school. We do not get any money from agriculture these days,” he said.

As it happens, the villages are also faced with acute water scarcity. When all adults in a family used to work earlier, the bore-wells and their consequences have forced the women to stay home. “We have to be at home because water supply here is now erratic,” Gomathi Sankar said. She and others used to work in the fields for Rs 150 a day, but that income has since vanished.

According to a PWD order dated October 1, 2018, Ponneri Taluk – under which most of these villages fall – is categorised as ‘safe’ for groundwater development, which means its groundwater exploitation is restricted to 70% or less. With the Metro Water department in Chennai no longer able to meet the burgeoning demands of the city’s residents, water tankers have taken to such ‘safe’ areas to mine water and sell it for very high profits in the city. 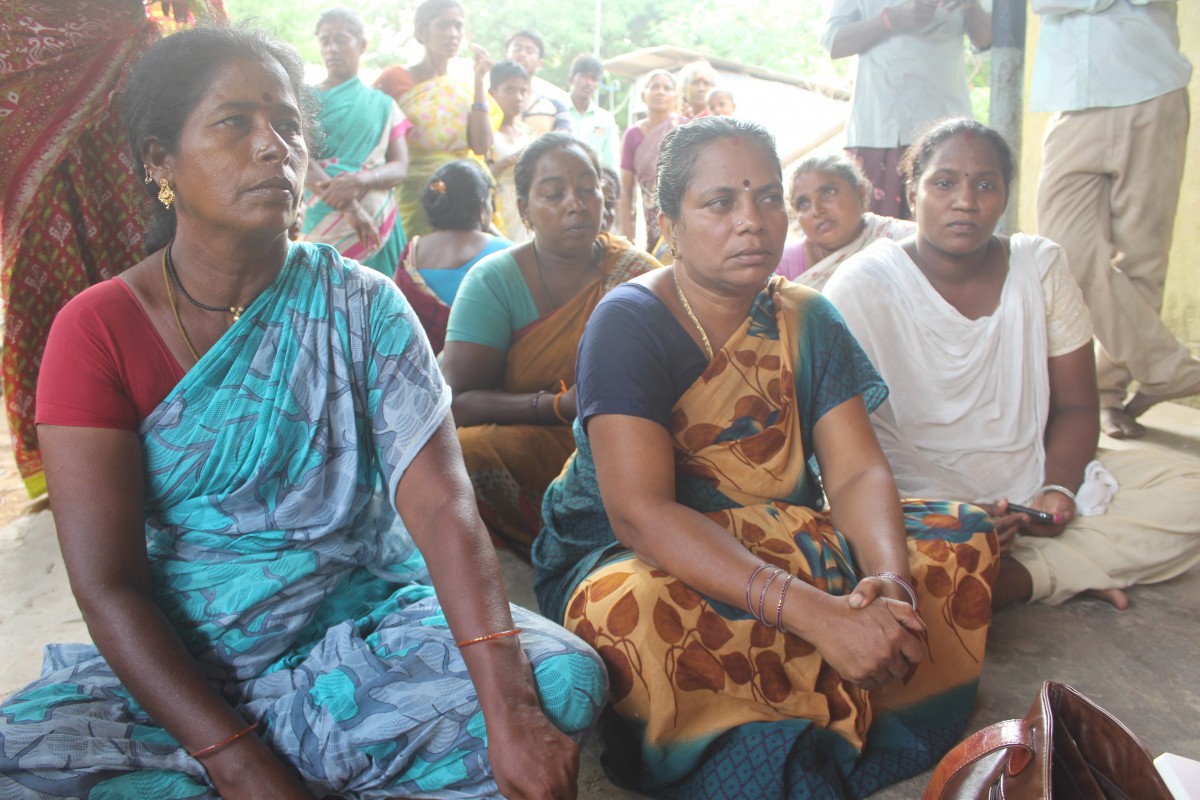 N. Nijalingam, the head of the South Chennai private water-tanks association, conceded that the water from Kokkumedu was being sold at malls but denied the charge of using electricity illegally in the villages. “We cannot help but supply to malls. When Metro Water cannot supply water, we have people coming to us and we will look at all possible ways to meet the demand,” he said. According to him, Kokkumedu has an “abundance” of water and that it should be used for other purposes. “That is why we take water from there. Also, it is not true that hundreds of lorries take water every day. It is practically impossible. It takes an hour for one tanker to be loaded.”

However, Thirunavukkarasu, the engineer, thinks the water going to malls is unfortunate. “The malls will be able to pay even Rs 7,000 per tanker whereas commoners will struggle to pay Rs 4,000,” he explained. “That is why supply to malls is more profitable for private tankers. It is also possible that if the bore-wells continue to exploit groundwater, sea water might intrude in a few years, and which would be very bad for agriculture.”

The indiscriminate use of bore wells continues to be a major cause of concern. Two years ago, the Madras high court had directed the Tamil Nadu government to frame norms for bore-wells, expressing serious concerns over its falling levels. However, sources say the state has endeavoured to comply only on paper.

An official at the taluk office overseeing Marambedu, said that “action [had] been taken every time the villagers protested”.

“Even now, we have put up barricades on the site and there is no activity there. It is true that we cut off power supply, but later found that they were getting it illegally. This time we have escalated the issue to the district collector and the superintendent of police. If there is any theft of power in future, we will file an FIR and take immediate action,” he said.

Following this, the people of the seven villages heaved a sigh of relief – and they hope they can stay relieved, too. “As we have always said, we understand Chennai’s water-need is greater than ours, and we don’t stand in the way of our water quenching Chennai’s thirst,” Chandrasekhar said. “But to supply water meant for our farms to malls is unjust and not acceptable. It is that we are fighting against. After all, we cannot imagine a Chennai-like situation in our village.”