Quantitative national targets that featured in the draft concept note released in March 2018 don’t find mention in the updated note from April 2018. 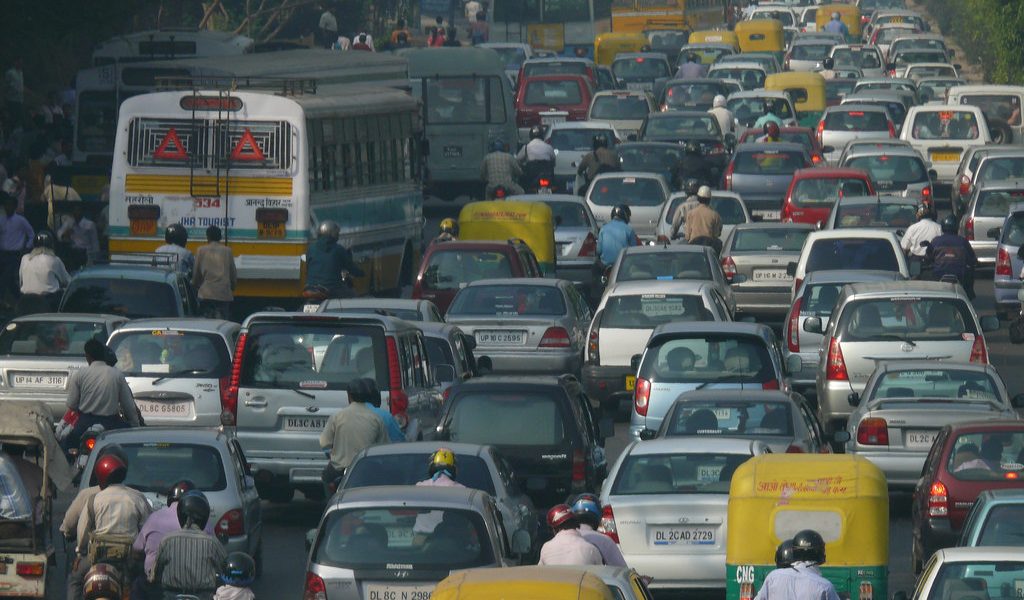 India is one of the most polluted countries in the world and as such the situation endangers a sizeable fraction of humanity. Per the WHO, 14 of the world’s 15 most polluted cities between 2010 and 2016 were in India. The present situation is no less than a public health emergency.

Recently, the US Health Effects Institute reported that India and China account for over half of global deaths due to air pollution. The Energy Policy Institute at the University of Chicago also concluded that Indians could live four years longer on average if the nation complied with WHO standards. Monetarily, air pollution is estimated to have pulled India’s GDP down by 8.5% in 2013, out of which some $55.39 billion (PPP-adjusted for 2011, Rs 3.9 lakh crore in 2018) was due to losses in labour output.

To contain this risk, the environment ministry crafted an ambitious plan called the National Clean Air Programme (NCAP), worth Rs 637 crore. It was due to be notified by the end of July this year but hasn’t been. More worryingly, the plan document appears to have been diluted over multiple iterations.

Quantitative national targets that featured in the draft concept note released in March 2018 don’t find mention in the updated note from April 2018. In the absence of time-bound targets as part of cohesive city-, state- and sector-wise plans that add up to a larger national effort, the success – or lack thereof – of the publicly funded programme simply cannot be determined. The targets of reducing pollution levels by 35% and 50% in the next three and five years, respectively, would have been the guiding lights creating impact. Now that they stand redacted, the NCAP is effectively blind.

The draft’s focus remains primarily on strengthening monitoring and assessment of pollution, which is a worthy goal. However, it does little to account for the inadequate enforcement of existing industrial standards, the unchecked growth of vehicular pollution and emissions by old and inefficient thermal power plants. It is not clear why the plan doesn’t outline actionable interventions where more than enough data exists to clearly define the problem.

Where action points are mentioned, the document relies uncritically on the 42 points (5.4.1) communicated by the Central Pollution Control Board (CPCB) to different state boards in 2015 without review, updates or additions of any kind. Certain steps across ministries, such as aggressive promotion of renewable energy, electric vehicles and retrofitting existing infrastructure for sustainability, will greatly ease the burden – but they find no mention in the programme.

The NCAP lists 20 different components and activities that it will undertake with an admirable attempt at framing targets – albeit non-numerical – with timelines and costs. However, it is not clear whether these components will address mutually exclusive and collectively exhaustive parts of the problem in a cogent manner.

The programme’s structure is in dire need of streamlining; the environment ministry should also prioritise activities based on the magnitude of impact plus ease of implementation. A piecemeal approach will not be effective. The silver lining (likely the only one) of having a situation as bad as ours is that there are many low-hanging fruit that can be addressed – but which the NCAP doesn’t.

Missing pieces of the puzzle

Whether it is cities or sources, there are a number of gaps in the programme’s coverage. Together with its woeful lack of specific action steps, the NCAP omits a number of pollution sources where low-cost, high-impact interventions will be useful.

For example, a study conducted by the Centre for Science and Environment earlier this year found that use of diesel generators caused a 30% increase in PM2.5 and PM10 levels in Gurugram. While the CPCB recognised these machines as part of the problem in a last national source apportionment study in 2011, coordinated government action to curb their impact has been lacking.

For Delhi, the same CPCB study revealed that diesel generators contributed 13-16% of the air pollution compared to 5-13% from vehicles. Improving the reliability of grid power is a longer-term exercise but in the interim, given the crisis India’s cities are facing, regulating generators is a no-brainer. Along with emissions norms for manufacturers that must be enforced, O&M and audit standards should be set up for units already commissioned, at least for bigger sets in commercial complexes, hotels, malls, etc.

The usual suspects like thermal power plants, vehicles, industries, construction, road dust and crop burning must be addressed – but another lesser-known source that can be addressed for the Indo-Gangetic plains in particular, where 14 cities are located, is forest fires. Startlingly, India has witnessed a 125% increase in forest fires from 2015 to 2017 alone. The low-lying geography that traps air over the plains can’t be changed but addressing this major hazard, such as through an integrated National Forest Fire Policy, can go a long way. Such a policy does not exist yet.

A crucial characteristic of the air pollution problem remains the diversity of sources, so stakeholders’ actions must be coordinated to solve the problem. Without committed inter-ministerial convergence, the action necessary to clear the air will be next to impossible. NITI Aayog’s ‘Breathe India’ document outlines steps that can be taken across sectors and ministries, and the NCAP take these into account as well as provide the coordination and leadership necessary for their implementation.

It is vital that the programme brings back its targets, streamlines its functioning and, at the very least, recognises all major sources of pollution. The NCAP was expected by an activist and expert community alike, to be a breath of fresh air, but in its present form, it remains just a tempest in a teapot.

Sanjana Manaktala is a Young Professional with NITI Aayog, with a focus on gender and the environment. She was formerly with the United Nations in India. Abhinav Verma is a policy analyst in environment and sustainability sectors with Chase India.