Industrialists around the world have been extracting a wide array of minerals and metals to build electric vehicles and 'cleaner' batteries, simply replacing one injustice with another. 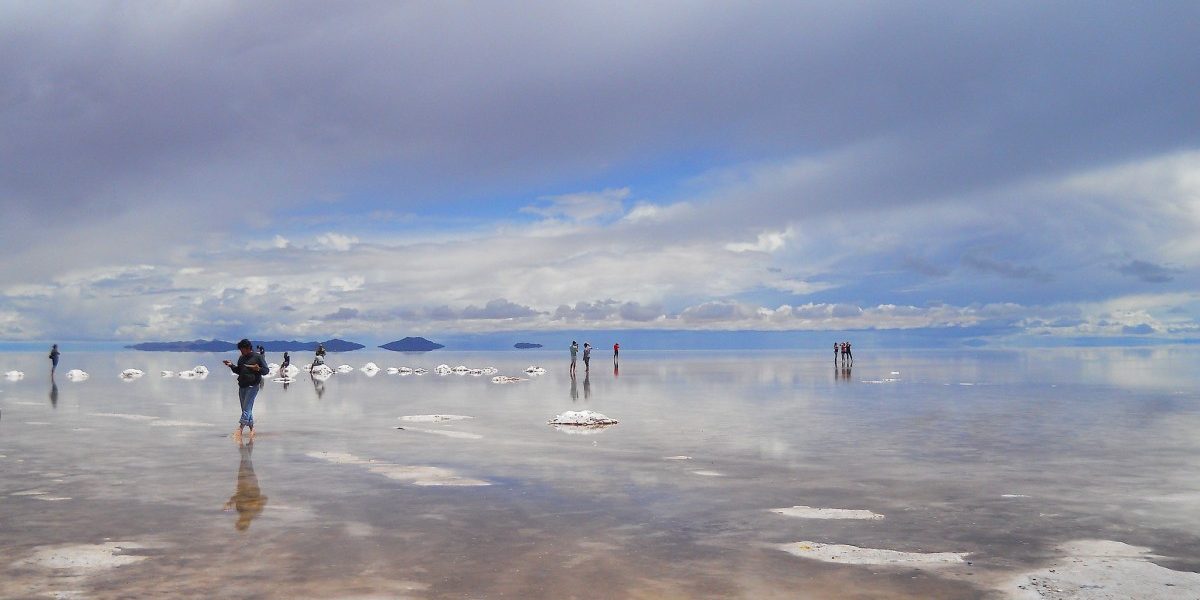 Bolivia has a sixth of the world's lithium reserves, most of it found deep below the Salar de Uyuni salt flats. Photo: psyberartist/Flickr, CC BY 2.0

“Listen to the science,” they insist. Public support for climate action has been burgeoning around the globe, with lakhs of people in various countries demanding governments act now to stave off the worst effects of the climate crisis. Governments and corporations have been responding by announcing substantial commitments to forge cleaner paths into the future.

But in all this clamour, two dangerous ideas fester.

The first is the legitimisation of further emission of greenhouse gases, at least until around 2050. This is curious considering scientists have presented evidence that the powers that be should act now, not later. Experts have also said many scientific reports on the subject might even have underestimated the risk of delayed action. So why the delay?

A part of it is rooted in buying time to allow the global energy sector to transition from fossil fuels to cleaner alternatives, such as renewables like wind and solar power. Most of the loudest voices demanding protective, adaptive and rehabilitative climate action have supported the need for such a transition – including proponents of the ‘Green New Deal’ in the US, Extinction Rebellion campaigners protesting near oil fields, the UN Intergovernmental Panel for Climate Change and international activists like Greta Thunberg.

But as it happens, the idea that ‘green technology’ can help save the environment is dangerous because it glosses over the alternatives’ ills. In a bid to reduce the extraction of hydrocarbons for fuel as well as to manufacture components for more efficient electronic and mechanical systems, industrialists around the world have been extracting a wide array of minerals and metals, destroying entire ecosystems and displacing hundreds of thousands of people. It’s as if one injustice has replaced another.

The Republic of Guinea in equatorial Africa hosts 30% of the world’s bauxite reserves as well as large quantities of iron ore. Some 98% of the country is also covered by forests. Aluminium from bauxite is required to make electric cars and high-capacity electric cables. Steel is the most commonly used metal and is used to make windmills and for structural use in urban infrastructure. Imagine the plight of Guinea’s forests in the face of rising demand for both these materials.

The Congo, its neighbour, is home to 60% of the world’s cobalt. This metal is a critical component of batteries that power smartphones and electric vehicles. Contractors are thought to employ some 35,000 children, forced to work in pitiable conditions, to extract this metal. The mines erected to service this industry have destroyed large tracts of savannah and agriculture land and eliminated the livelihoods of thousands. As the demand for cobalt increases, as it is bound to, the Congo’s rainforests are likely to be the next big casualty.

It’s a similar story across Africa, the continent with the most mineral reserves. As the rest of the planet decides to shift to alternate sources of power and redesigns its technology to accommodate new batteries and other components, Africa’s countries bear the brunt of the mineral-extraction drives that will follow. The continent is already struggling with the effects of the climate crisis, including large-scale food shortage, biodiversity loss and disease epidemics.

Countries like Guinea and the Congo might initially benefit from the sale of mining licenses but they also place themselves at risk of environmental as well as political disruption.

For example, salt flats 3,600 meters above sea-level in Bolivia and Chile hold nearly half of all the lithium in the world. Lithium is another important metal required to manufacture energy storage devices. (This year’s Nobel Prize for chemistry was awarded to researchers who invented the lithium-ion battery.) But the rush to control Bolivia’s resources quickly destabilised the local socialist government, which had intended to regulate mining and distribute profits among the population. The right-wing government in place now is likely to reopen negotiations with foreign mining companies that its predecessor had nixed.

Water is already quite scarce in the xeric environments of these countries. In addition to contamination from tailing ponds attached to copper and lithium mines, up to 75% of the available water in some of these locations has been diverted for mining.

In the same vein, conventional methods of solar panel manufacturing release nitrogen trifluoride, a greenhouse gas 17,200-times more potent than carbon dioxide and with an atmospheric tenancy of over seven centuries. High-voltage power generation and transmission requires the use of sulphur hexafluoride, which is 23,500-times more potent than carbon dioxide and lingers in the atmosphere for a millennium. Leaks of this gas in the European Union and the UK in 2017 alone amounted to equivalent emissions from 1.7 million cars.

While activists, experts and others demand greener sources of energy, their thirst for energy itself hasn’t abated. This, together with weakening regulations and rising income inequality, will ensure the problems described thus far will only become more entrenched.

Currently about 8% of the world’s electricity comes from solar and wind power. Different analysts expect demand will rise by 7-20 times in the next 30 years. Each unit of increase will precipitate disproportionate consequences for countries supplying the resources, such that the direct impact of large-scale conversion to renewable energy technology on ecosystems and land-bases could be as significant – if not larger than – climate change itself. Moreover, the wear and tear of infrastructure will require replacements in two or three decades, triggering more toxic gold-rushes.

Recycling is also energy-intensive and can often salvage only a fraction of spent resources. For example, the world produces about 360 million tonnes of plastic a year but only about 9% of all plastic waste is recycled. If production continues to grow at its current rate, recycling a tenth of it will soon be rendered meaningless. (Factoid: we extract about 70-times as much minerals from the ground every year.)

Myopic planning and assessment, and not understanding that industrial solutions are inherently unsustainable have led us, among other things, to our planet-wide crisis. And inexplicably, we’re making a lot of the same mistakes again. Just as urgently as international protest marches have demanded that governments act, the protestors must also decouple the climate conversation from alternative technologies. Otherwise, the prevailing rhetoric will only endanger more lives.

Instead of resorting to industrial or, more broadly, techno-optimistic alternatives, we need to immediately reduce our industrial footprint by more than half and adopt alternative ways of living and working. This is also possible and will likely benefit Earth more than everything else we seem to be trying.

Godwin Vasanth Bosco is an ecologist working to restore forests and grasslands in the Nilgiri mountains of South India. He is the author of Voice of a Sentient Highland (2019).