The Beauty and Intrigue of Seeing Evolution in Action

A tool used by biologists to study evolution is called phylogenetics, in which the scientist attempts to make connections among extant species based on a set of measurable properties. 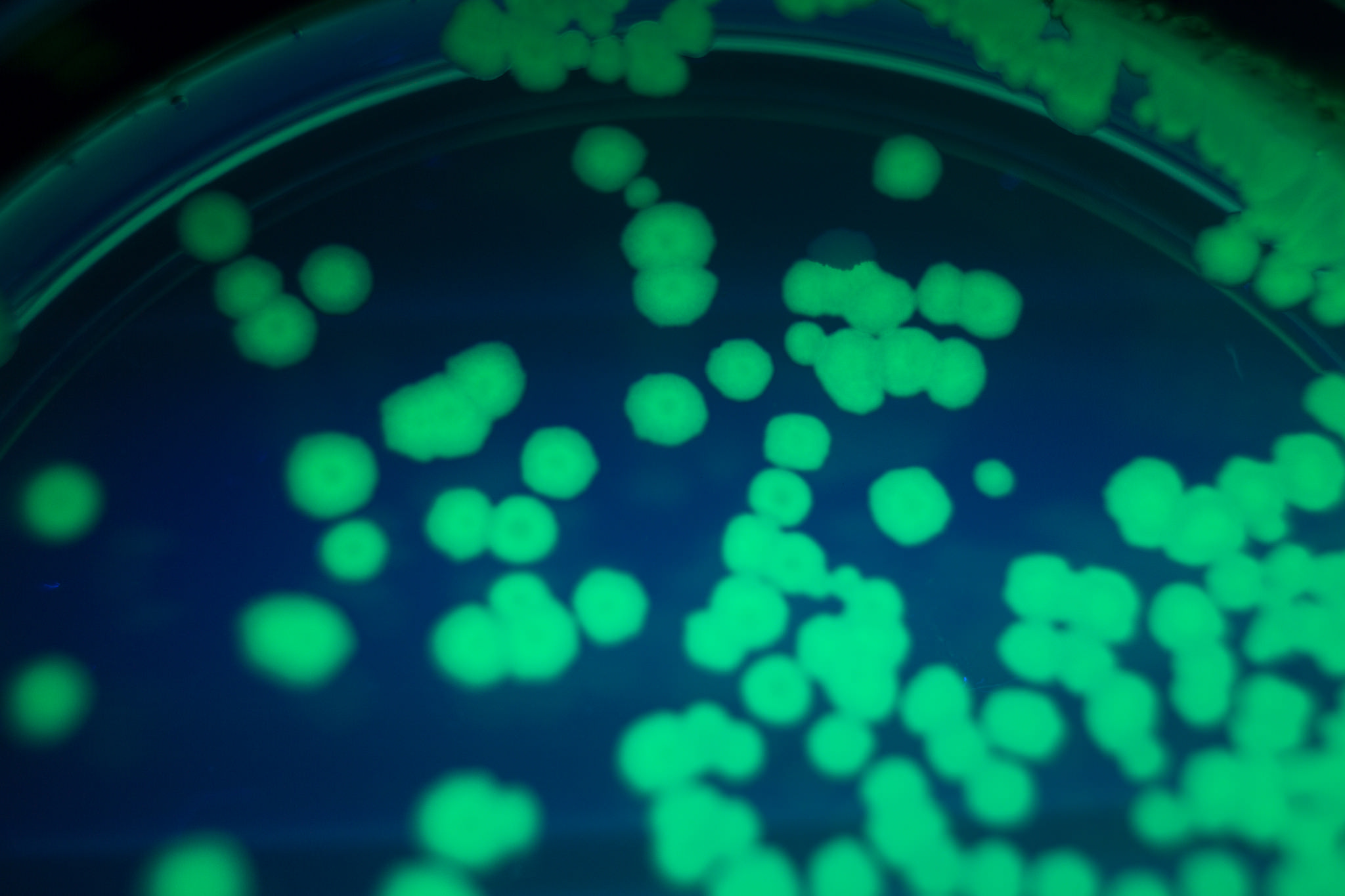 The debate over the origin of life between the creationist school and evolutionary biology is often portrayed as an ultimate challenge to biology and to the faith of the common man in the life sciences. In reality however, this appears to be an issue in a few countries, such as the USA. In England, a majority of people believe in evolution. And in India, according to a survey of about a 1,000 individuals, nearly 80% believed in evolution, including 85% of those who believed in God.

The idea of the origin of life in Indian philosophy and religion is clearly more complicated than the Christian genesis. As argued by Radhakrishnan in his treatise on Indian philosophy, the Rig Vedic canon transitioned from polytheism to monotheism and finally monism. Over the course of this transition, the authors of these works express their puzzlement over the origins of the universe in the following, beautiful verses (courtesy: Radhakrishnan, Indian Philosophy, Vol. 1, Oxford University Press):

“Who then knows, who has described it here, from whence was born this creation?

The Gods came later than this creation, who then knows whence it arose?

He from whom this creation arose, whether he made it or did not make it, the highest seer in the highest heaven, he forsooth knows, or does even he not know?”

The six systems of the later Indian philosophy encompass the overtly religious to the rationalist Samkhya and unabashedly atheistic and hedonist Charvaka, in which there is little space for a Creator. Given this panoply of thoughts and schools, it is probably not entirely surprising that evolution rarely stokes the fires of dispute among Hindu Indians today.

Evolution as phylogenetics in modern science

Over to modern science, how is evolution studied? A tool used by biologists to study evolution is called phylogenetics, in which the scientist attempts to make connections among extant species based on a set of measurable properties. Once these relationships are established, logical arguments are used to infer the nature of the ancestor(s) of these extant organisms. These measurable properties might be as simple as the morphology of the organism or, as is more popular today, molecular composition.

DNA, being the genetic material, turns out to be the molecule of choice for phylogenetics or molecular evolution. In the 1970s, Carl Woese exploited recent developments in DNA sequencing to show that there are three major kingdoms of life. These are bacteria, archaea (many of which are found in extreme habitats such as deep thermal vents) and eukarya, which includes everything else from fungi, worms and flies to mice, humans and plants.

A fundamental reference point for the study of evolution is what is called the modern evolutionary synthesis, which reconciled the ideas of Charles Darwin and those of Gregor Mendel, the fathers of evolution and of modern genetics respectively. The modern synthesis states that evolution typically happens via mutations, each of which is of a small effect, and that a genetic variant with greater fitness, as defined by its ability to produce progeny, will dominate the laggards and become more numerous. The latter point is often referred to as natural selection or ‘survival of the fittest’. In the words of Darwin (from his ‘Origin of Species’), “One general law, leading to the advancement of all organic beings, namely, multiply, vary, let the strongest live and the weakest die.”

Evolution is typically seen as something that happens over millions or billions of years. For example, the last common ancestor of the eukarya must have existed two billion years ago, and over these many epochs spawned the large variety of life forms that we see today. In more recent times, the great apes emerged some 15 million years ago, and it took another 12-13 million years for primitive humans to evolve from their ape ancestors.

But for now, let’s not investigate the ways in which scientists have attempted to understand the organic origin of life from a confusion of primordial chemicals, but how they see evolution playing out right in front of their eyes in their laboratories.

Studying the evolution of large animals in real-time in a laboratory is impractical, since these organisms reproduce once every few decades, and the production of progeny with a genetic makeup subtly different from their parents is critical for evolution. Instead, laboratory studies of evolution deal with cells, and for convenience large populations of cells that reproduce rapidly such as bacteria like E. coli and baker’s yeast.

Since bacteria and yeasts are single-celled organisms, these studies can be treated as investigating the evolution of an organism. Viruses, whose deeds have been described earlier in this series, are also excellent models for studying evolution. Here we will use bacteria to illustrate examples of evolution being observed in real-time in the laboratory, and conclude by saying how viruses contributed to this discourse in a historical experiment.

In a laboratory evolution experiment, a bacterium of choice is subjected to multiple rounds of growth in an environment of choice, which may be defined by certain nutrients, or stresses such as changes in temperature or acidity, or the concentration of toxic agents including antibiotics.

Let us assume that the bacterial population we start with is sensitive to an antibiotic, but a single mutation in its genome could result in resistance. Let us further assume that we have a million bacteria in the growth pot, that the genome of each bacteria has a million units or bases each of which can be mutated in principle, and that the probability of a mutation occurring at random is one per ten generations. Thus, the chance of a mutation conferring a single bacterium resistance to the antibiotic arising is 0.0000001 (one in ten million) per generation, which is quite small.

However, we start off with a million bacteria, which means that the probability of one bacterium in the pot finding the mutation is one in ten, which is not quite small. If the bacterium doubles in population size by reproducing every hour, then the chance of finding a resistant bacterium within a day becomes fairly high. Compare this to large mammals, who reproduce only once every few decades. Even a single resistant bacterium, once it emerges, could quickly take over the population. With recent advances in genome sequencing technologies, and the attendant cost reduction in performing such experiments, the process of discovering mutations has become routine.

It is not at all surprising that several laboratories (including mine) have used this strategy of growing bacteria in small concentrations of antibiotics to discover the mutational trajectories they take to acquire resistance to different antibiotics and to different regimes of antibiotic treatments. This is literally observing bacterial evolution – and one of immediate relevance to human health – in a matter of days.

These laboratory evolution studies have also given us new insight into fundamental bacterial physiology. This includes the recent observation by William Navarre’s laboratory in Canada that a single protein, which regulates the production of many proteins in Salmonella – the agent of typhoid – is critical for the bacterium being able to cause disease. In the absence of this protein, Salmonella finds it rather expensive to maintain the weapons it uses to cause disease, and unable to bear the burden, throws down its arms and calls for a truce! Many other studies have used such experiments to measure mutation rates, which is of fundamental importance to studying evolution, including infectious disease epidemiology.

Our work has observed E. coli evolution in real-time to show how two opposing halves of its chromosome “talk” to each other, resulting in questions on the molecular causes of this conversation. The laboratory of my colleague Deepa Agashe has used laboratory evolution to show how a class of mutations, which do not affect the nature of proteins produced by a cell, can in fact have profound effects on cell physiology.

One often quoted finding from Lenski’s many studies is the discovery of a very curious series of mutations, which enabled E. coli, normally unable to utilise citric acid (a major component of citrus fruits as well as a crucial intermediate in cellular metabolism for energy production) to suddenly do so. This appears to be a case of the survival of the fittest, with some subtle arguments of course, for this mutation-enabled E. coli to make good use of the loads of citric acid that had been added to the environment for purposes not directly related to nutrition.

Of course, the popular reach of Lenski’s studies have attracted the attention of the propagandists of the theory of intelligent design, which has resulted in some entertaining exchanges.

Evolution in the early years of molecular biology

It has been 100 years since bacteriophages – viruses that kill bacteria – were first discovered. This was an epoch-defining moment in the history of molecular biology. It also enabled definitive research on evolution, for these viruses multiply rather fast and generate mountains of genetic diversity on which principles of natural selection can act.

Felix d’Herelle, one of the discoverers of the bacteriophage and the pioneer of phage therapy that might soon see a second coming in light of antimicrobial resistance, showed that bacteriophages are highly picky in choosing their prey – i.e. each bacteriophage can infect and kill bacteria of a specific kind. However, he showed that a bacteriophage population when exposed to a bacterium that is closely related to its favourite prey can rapidly evolve the ability to make a meal of this new potential victim.

Later, in the 1940s, Salvador Luria and Max Delbrück performed a classic experiment using bacteriophages and bacteria to address an important question in evolution. Let us assume that a bacterial population, originally susceptible to predation by a bacteriophage, evolves to become resistance to attack. Did these bacteria deterministically generate advantageous mutations after being exposed to the bacteriophage, or did natural selection act on pre-existing variations, generated by random chance, to enrich for a mutant(s) that could resist predation by the bacteriophage? This is often referred to the adaptive evolution debate.

Using simple microbiology experiments in which several independent populations of bacteria were exposed to bacteriophage, Luria and Delbrück counted the rate at which resistant variants were produced. By comparing their experimental results to probabilistic models for describing the two alternative scenarios, these researchers showed that the latter is more likely. This experiment is called the “fluctuation test”.

It is a reflection of the strength of scientific discourse, that the results of these simple experiments are still being analysed from new angles by mathematicians and theoretical biologists. And for the molecular and evolutionary biologists, the question of adaptive evolution is not yet settled.