The Rest of India Is Only Just Seeing the True, Decolonised Version of Shimla

For decades now, a summer in Shimla implied scarcity of water. But PR around the town has kept that – and other unpleasant realities – buried. 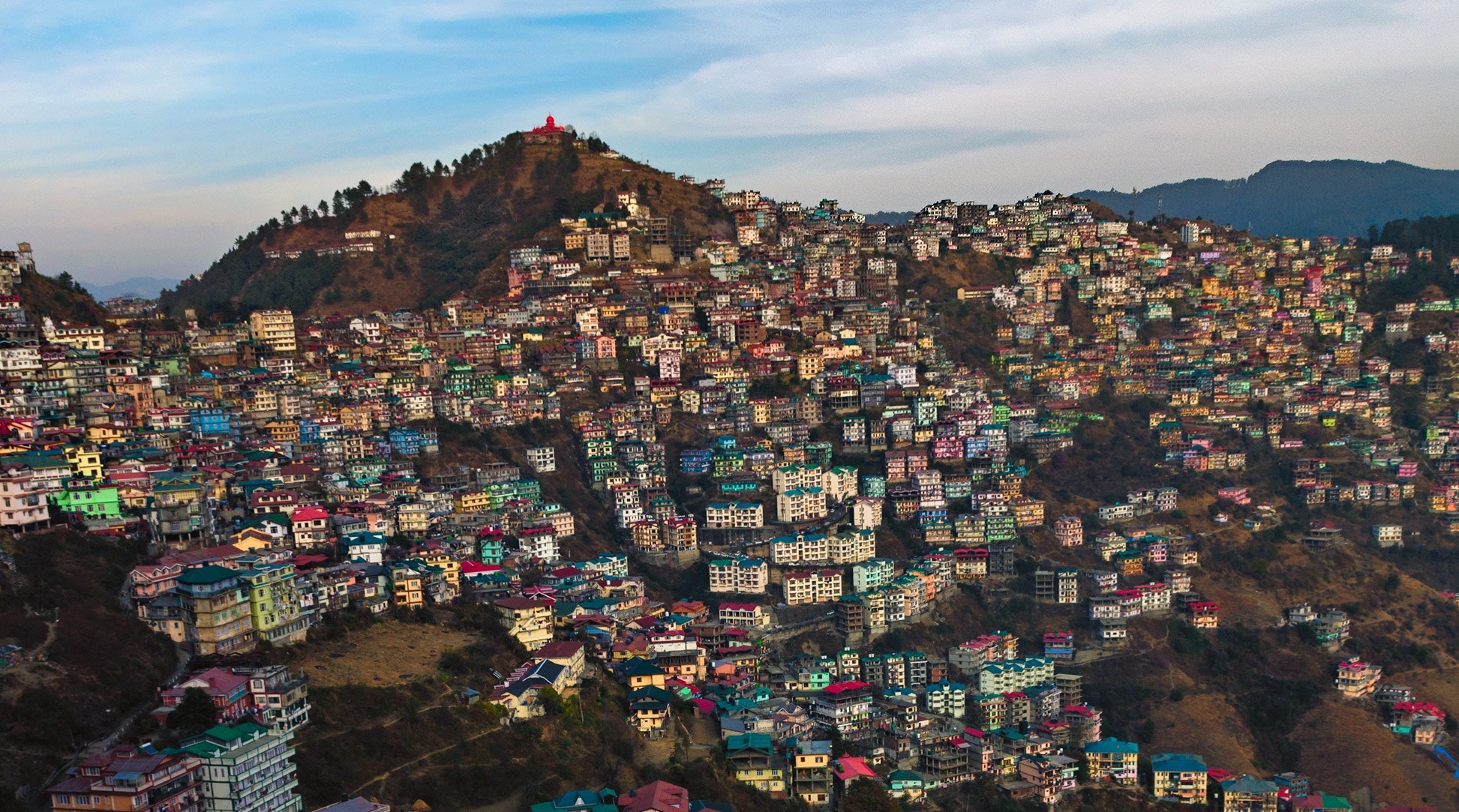 In popular culture and popular imagination, Shimla has been cast within the columns of its colonial heritage. Credit: Pritam Das Biswas/Unsplash “Tum Shimla se ho? Shimla toh ghumne jaate hain (You’re from Shimla? But Shimla is meant for vacations),” I remember a colleague tell me during my years as a software engineer in Pune.

Shimla has long enjoyed a bespoke reputation akin to a car that James Bond might drive, because for all that you find fascinating about a Bond car, you wouldn’t imagine one parked somewhere on the street you live on or shooting torpedoes at its far corner. Similarly, no one would actually ‘live’ in Shimla. But while Bond gadgets and cars have been mystified as precursors of the future, in case of the town its most essential myths have been perpetuated by the past. A past that sets it as one of the most un-Indian, un-desi places in India. For a country perennially wanting to escape itself or at least its borders, a fabrication so richly anchored in memory and history is rare. The water crisis it is now suffering from, however, isn’t.

For as long as I can remember, a summer in Shimla implied scarcity of water. In 1994, when we shifted to Vikasnagar, then a mortifying expanse of green where jungle cats roamed at night, we depended, despite having a regular water connection, on the natural springs in the area. Those springs have since either dried up or been constructed over. Vikasnagar is now a site of ungainly pillars and roofs, with cars decked under them like tiffin boxes in the cupboard. This is evidence from lived memory. The crisis in Shimla is not new – it is simply a tipping over of the cup it has resolutely filled with notions about itself that simply aren’t true.

These notions are naturally born out of history, the life-affirming potion of Shimla’s self-image. The British left 70 years ago, but you’d struggle to find stories about the years since. This in a town where writers Nirmal Verma and Krishna Sobti lived, where artists Satish Gujral, Jagdish Swaminathan and Ram Kumar once painted. Cultural amnesia aside, its socio-political stories have remained unmoored, appearing only in the form of mystifying parables – ghost and love stories set in Shimla and so on. Literature, though, at least in the book form, is not as much at fault as perhaps the media’s abstraction of the place or Bollywood’s obsession with its touristy flavours. To the extent that even those who live here have grown up believing it.

From films as early as Love in Simla (1960) to Udaan (2010) through Jab We Met (2007) Shimla has been cast within the columns of its colonial heritage. From the Shimla-Kalka toy train to the ridge and the erstwhile seat of the empire at the Viceregal Lodge, there is a sense of moving away from India, within India. What that has done, or has rather successfully orchestrated, for decades is the idea that the town exists neither beyond the Mall Road, nor beyond its fetching architectural antiquities. Which is why, what has always remained hidden is the town’s perennial struggle to sustain and provide for its locals, the people who make it work.

The last water reservoir that was added to Shimla’s water supply plan was the Ashwani Khad back in the 1980s. For three decades, no new source of water or even plans to harvest rainwater have been put in place despite the rampant growth in population. After a jaundice outbreak in the winter of 2016, the administration had to cease pumping water from the contaminated Ashwani Khad. The death toll from it is still a matter of heresy in the town. There were hardly any detailed reports about the outbreak in the national media. Shimla was set up by the British to only accommodate a maximum of 25,000 people. A large chunk of its water supply still runs through pipes and channels laid down by them. It is as if you understand the cover, but not the book.

Now, close to 40 lakh tourists visit Shimla every year. The local population is somewhere around 2.5 lakh. The four-lane highway being laid down from Chandigarh to Shimla will only spike those numbers considerably. What then have successive governments (both BJP and Congress) planned to handle the squeeze on resources, especially water? On evidence, nothing. We’ve heard of malls and multiplexes opening up, ropeways and malls, but haven’t heard of a new catchment area, a new reservoir or maybe a new traffic management system. If you’ve been living here you would be aware that the local administration’s primary focus has always been to either patch into or redraw its colonial image. British-style benches, sheds and waiting areas regularly come up along the Mall Road as part of beautification schemes and so on. But rarely have plans been set afoot to curb illegal construction, encroachment, decongest settlements or curb pollution and traffic. If at all such plans are there, they have been flouted.

Many might think that there is little difference between Shimla and other colonial hill stations like Darjeeling, Ooty etc. But a majority of these, in fact all of them, are located well away from small and big cities. Plus, they don’t serve as the site where the state government sits, and they have, in the form of tea estates and so on, land that is untouchable and therefore unfaultable.

To add to that, Shimla’s PR rather writes itself most of the time. I have seen a Shimla heritage hotel in Karolbagh, and one as far as Chennai. There is, of course, the Shimla mirch, and the Shimla apples which, though they might grow 50 miles from town, will be called that because the name sells.

I have often been given the impression by relatives and friends that a place so linked to beauty and ‘getting away’ must never face any problems. That, despite the landslides during the monsoons, the hellish winters and the almost embarrassing hardships for a person with a bad knee, to get to one place from another. Of households storing water carefully and using it very sparingly. People who have only walked the length of Mall Road have no clue how severely wanting Shimla’s public transport has become. Not to mention the lawlessness. Rapes and murders have happened, but have never received Talwar-esque coverage, keeping in line with its self-serving narrative of good-places-don’t-breed-bad-people or bad problems.

Shimla’s current resources simply won’t hold. Whosoever wants to do something with Shimla must also think of doing something for it and not just through it. Sell it, but at least also take care of it, of its people. What the pouring over of messages on social media has done is for once decolonise the place of its own image. For once the local has been pushed into saying, enough is enough. You can’t, at least not at the moment, separate the sunset as seen from the mall to photos of people standing in queues for a bucket full of water, people who survive, like any other Indian town, the cut of everyday chaos. They have long since grown over the romance, or have at least realised, there just wasn’t as much love in this place to begin with.

Manik Sharma is a Delhi-based writer on arts and culture.