The government has ignored a 2019 circular by the transport ministry asking projects that impact wildlife sanctuaries to take detours when possible. 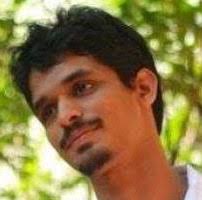 A new proposed highway between Seijosa and Bhalukpong in Arunachal Pradesh will cut through the Pakke Tiger Reserve, an 862-sq.-km tropical forest refuge for hundreds of animal and plant species, some found nowhere else in the world.

The 49-km Seijosa-Balukpong road has been designed as an elevated corridor near the border of Arunachal Pradesh with Assam. If built, it will destroy at least 160 ha of forest land and fracture a continuous jungle corridor between Pakke and the Nameri Tiger reserve in Assam, an important tiger and elephant passage in the region.

The flyover could violate provisions under the Wildlife (Protection) Act 1972, the Forest Conservation Act 1980 and various government orders issued by the Union Ministry of Road Transport and Highways and the Ministry of Environment, Forest and Climate Change.

The Seijosa-Balukpong road constitutes phase I of an ambitious East-West Industrial Corridor (EWIC), a 539-km double-lane state highway planned between Pasighat in central Arunachal Pradesh to Bhairabkund in the west (both towns). Phase II is a 160-km road connecting two foothill towns, Manmao and Kanubari, in eastern Arunachal Pradesh.

When complete, the highway will bridge nine neighbouring districts and ensure faster travel for residents, ferry agricultural produce and shuttle machinery and equipment along the state’s southern border. Good roads could encourage companies to set up manufacturing plants and rubber and tea estates.

The Arunachal Pradesh government first proposed EWIC in 1990 and received in-principle funding support from the Centre in 2015 if state authorities could finish preparatory work related to land acquisition, forest and wildlife clearances. However, the Centre offered no money to compensate families whose lands would be acquired or to shift public utilities like electric lines and water pipes.

Nature conservationists and scientists recognise what new tar roads could spell for households that to this point have only been promised its benefits. However, they’re also concerned that a road cutting through the tiger reserve could threaten the sanctuary’s future.

“The estimated length of the new highway through the Pakke Tiger Reserve would be about 49 km,” Nandini Velho, a conservation biologist who has worked in the Pakke Tiger Reserve since 2007, told The Wire. “It seems awfully wasteful to draw up a new road to shorten travel distances by 25 km at the cost of destroying acres of globally, nationally and locally important reserve forests that has evolved a unique conservation model.” 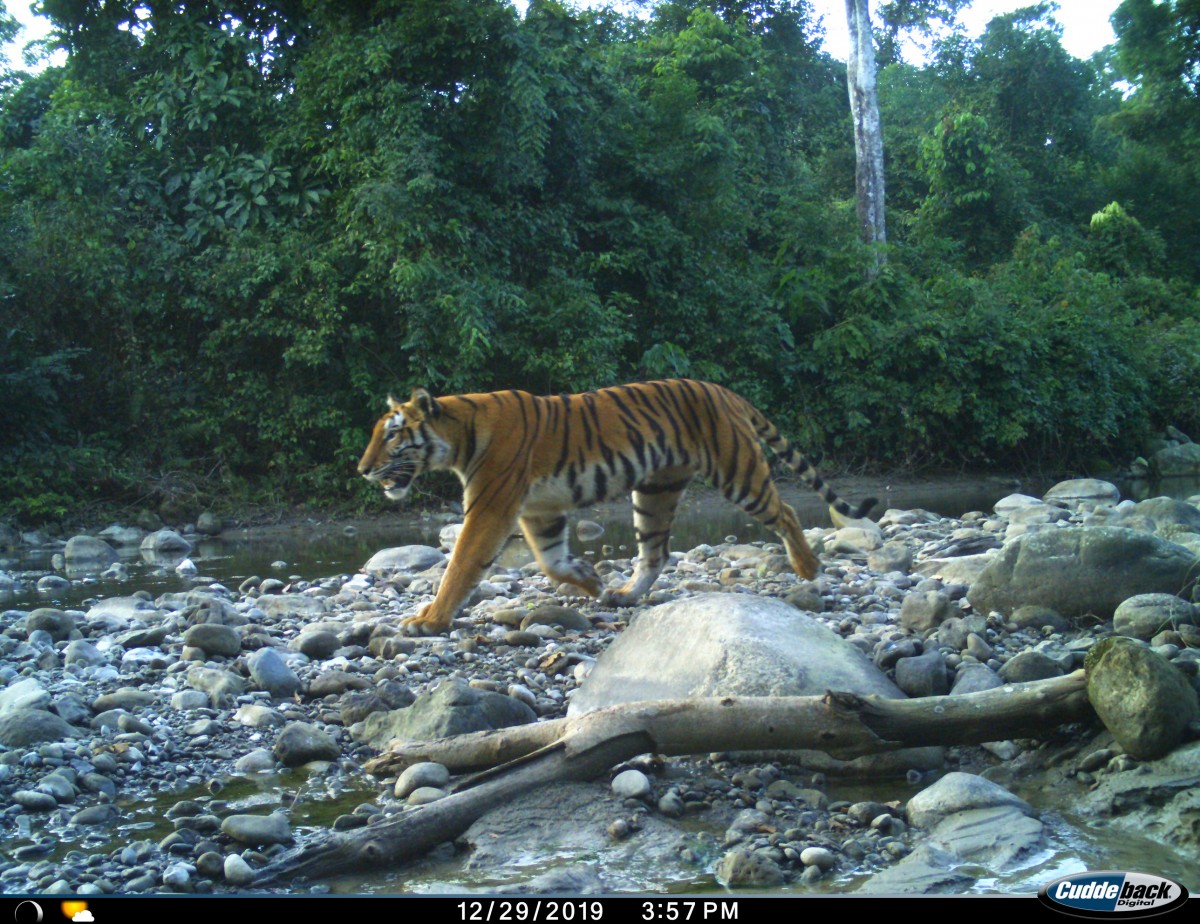 Pakke is a hilly jungle reserve watered by seven rivers. It sustains diverse animal and plant life, including over 2,000 species of plants, 59 species of mammals, 300 species of birds, 380 species of butterflies and hundreds of other reptiles and amphibians. Camera-trap images released every year by the Pakke forest department provide a glimpse of the astonishing wildlife, such as tigers, elephants, clouded leopards, marbled cats, Himalayan black bears and binturongs.

“The forests in Arunachal Pradesh are the furthest point from the equator anywhere on this planet that has tropical forests,” Chintan Sheth, an ecologist and geographer specialising in the eastern Himalaya, said. “It is so unique that even in the southern hemisphere, we don’t have tropical forests so far from the equator. We are at risk of losing thousands of trees that are integral to an incredible ecosystem that support people living around them and have positive impacts for climate and weather feedback.”

Roads are deadly to wildlife. Trees felled to accommodate them destroy whole animal habitats. For example, there are numerous nesting sites of three hornbill species, all classified as ‘vulnerable’ by the International Union for Conservation of Nature, on the proposed elevated corridor road. Eventually, when cars zip on the road, they could run over unsuspecting snakes, frogs, birds and other creatures. Roads open up previously inaccessible routes for loggers, miners and poachers as well; poachers in the region have already targeted tuskers, pangolins and otters, among other animals. “The permanent staff employed as forest guards is inadequate compared to other tiger reserves,” Velho said. “Due to factors such as tough physical terrain, a porous inter-state boundary and a long history of hunting, Pakke is already a challenging reserve to patrol. A new road would only compromise the forest department’s ability to properly manage the reserve.”

Jorjo Tana, an environmental activist in Seijosa, called the road “a gift to the timber mafia and a freeway for loggers to access the depths of the Pakke tiger reserve.”

Deforestation is already rampant in the eastern Himalayas. In September 2019, following a petition that Tana had brought, the National Green Tribunal had directed Arunachal Pradesh to act against illegal logging in the state. In recent years, forest guards and activists like Tana have also been routinely threatened and attacked by poachers and loggers. 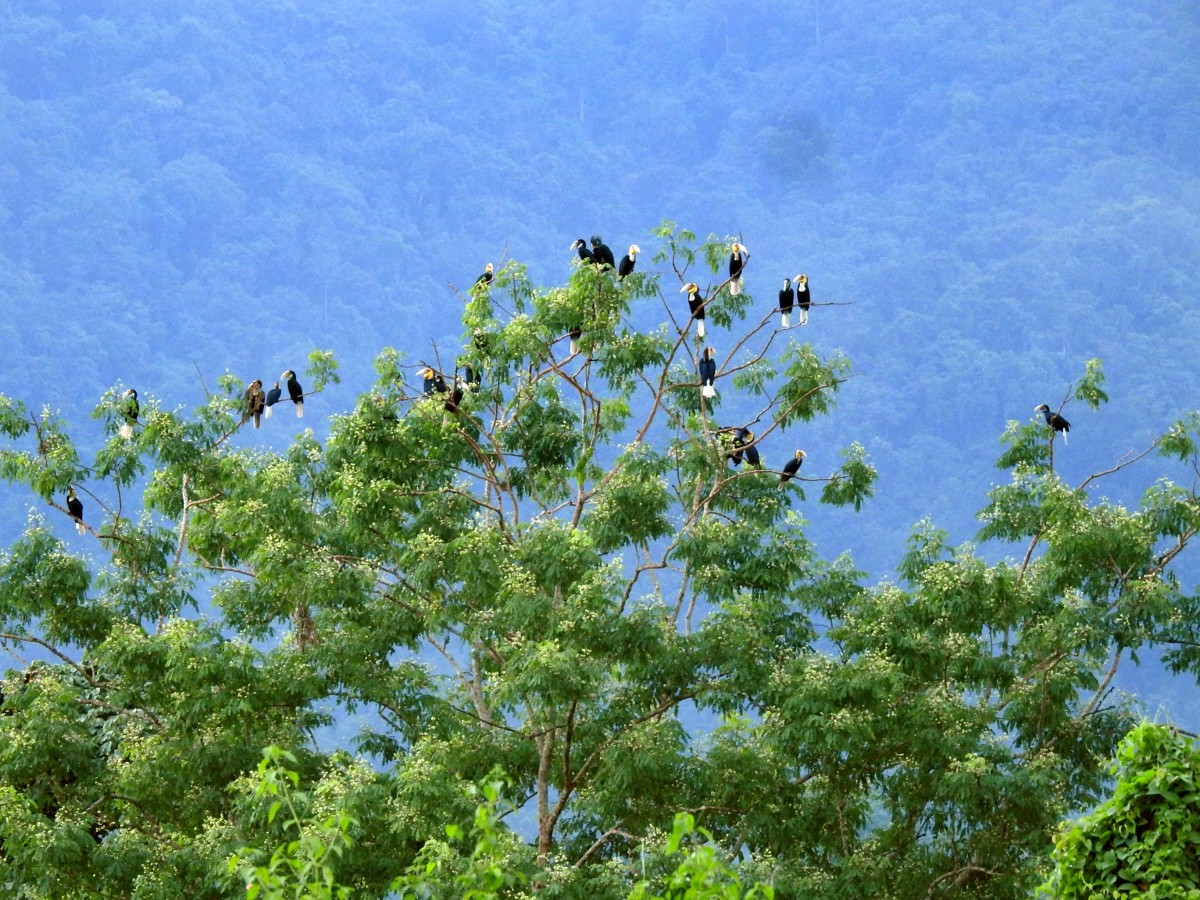 A 2019 preprint paper that assessed tree cover in a reserve forest adjacent to the Pakke tiger reserve reported the loss of 32 sq. km of forests – a 5% decline of cover – in four years. The authors concluded organised crime was an important cause, among others.

Undisturbed tropical forests harbour more species vulnerable to fragmentation, a study published last December found. Its authors surveyed 4,493 species in 73 forest regions around the world. “A large number of species are unable to deal with fragmentation of habitats,” Velho said. “For instance, in the Amazonian understory, bird home ranges become smaller after a road is built, with the road acting as a new hard boundary that birds will just not cross.”

Roads fragment tiger habitats and cut tigers off from the rest of their species. This affects the genetic diversity of the population and pushes them into territorial conflict.

In September 2017, the chief secretary of Arunachal Pradesh chaired a district commissioners’ meeting about the proposed EWIC’s route. The administrators unanimously endorsed the road alignment plan presented by the Public Works Department (PWD) for the corridor, including sections that passed through the Pakke sanctuary.

However, the government nod likely violated recommendations by a subgroup of a standing committee of the National Board for Wildlife in 2014, which said “new roads shall not be proposed inside national parks and wildlife sanctuaries”. The government also ignored a May 2019 circular by the Ministry of Road, Transport and Highways, which noted that highways cutting through wildlife sanctuaries can have “wide-ranging and complex impact on ecology and wild species”, directing authorities to “spare sanctuaries” and make “possible detours”.

In July 2018, ten months after the district commissioners’ meeting, the PWD state commissioner organised a meeting with ministers, local legislators and government officers to “sensitise the public” about land acquisition and forest clearance. Nektor Engineers and Project Consultants, an engineering firm from Ahmedabad contracted to produce the detailed project report (DPR) on the industrial corridor, was also present.

DPRs form the basis of government decision-making and implementation on infrastructure projects. 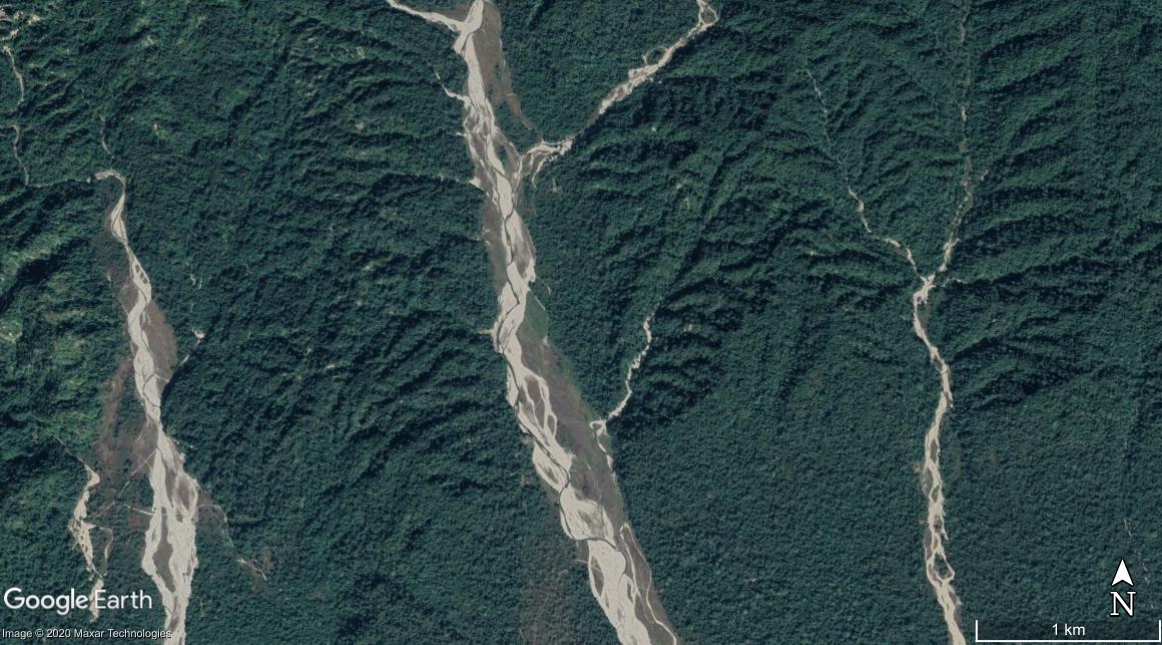 On July 9, 2018, six days after the PWD conference, Tana Tapi, the divisional forest officer of the Pakke Wildlife Sanctuary and Tiger Reserve, who had attended the meeting, wrote to the chief engineer of the Arunachal Pradesh government reminding him that the proposed Seijosa-Balukpong section of the corridor fell inside the reserve.

In his response, Tapi quoted legal provisions under the Forest Conservation Act 1980 and the Wildlife (Protection) Act 1972 that prohibit, for example, non-forestry activities within the limits of the national park and ban surveys without the National Board of Wildlife’s and the Supreme Court’s okays. Tapi recommended the chief engineer consider another “economically viable and ecologically stable” route. Tapi’s objections were formally recorded in DPR-related paperwork about the Seijosa-Balukpong road.

Sometime between July 2018 and February 2020, Nektor submitted the final draft of the DPR to the Arunachal Pradesh government. On February 4, 2020, a high-level committee group of the state government approved the DPR and proposed sending it to the Centre for funding.

In the DPR and related documents, Nektor proposed three possible routes between Seijosa and Bhalukpong. The preferred option is a flyover through the sanctuary expected to cost Rs 2,452 crore. Nektor argued the elevated road would minimise human-animal conflicts, permit 24-hour vehicular traffic and enhance opportunities for tourism.

The consultants provided schematic drawings for a range of possible passages both above and under the corridor for animals’ use. If the Pakke route was unfeasible, the consultants offered to develop two existing state roads that connect Seijosa and Balukpong – both significantly longer – that don’t run through the sanctuary.

A February 22 report in the Arunachal Times quoted an unnamed Nektor employee saying the DPR for the Seijosa-Balukpng road had been prepared using satellite imagery. Nektor never applied for permits to survey the tiger reserve – a process that would have involved applications before the State Wildlife Advisory Board, the National Board for Wildlife and the National Tiger Conservation Authority. It is unclear how effective a report prepared without a physical survey can be.

“You can’t build an elevated corridor without thoroughly understanding the fragile ecology and geology of the land,” Sheth, who has previously advised the Border Roads Organisation, a defence ministry department that maintains frontier roads, said. “The Himalayan foothills are composed of sedimentary rocks like mudstone, sandstone and pebbles that have been deposited in a floodplain system over millions of years and tectonically uplifted, making them susceptible to frequent landslides.” 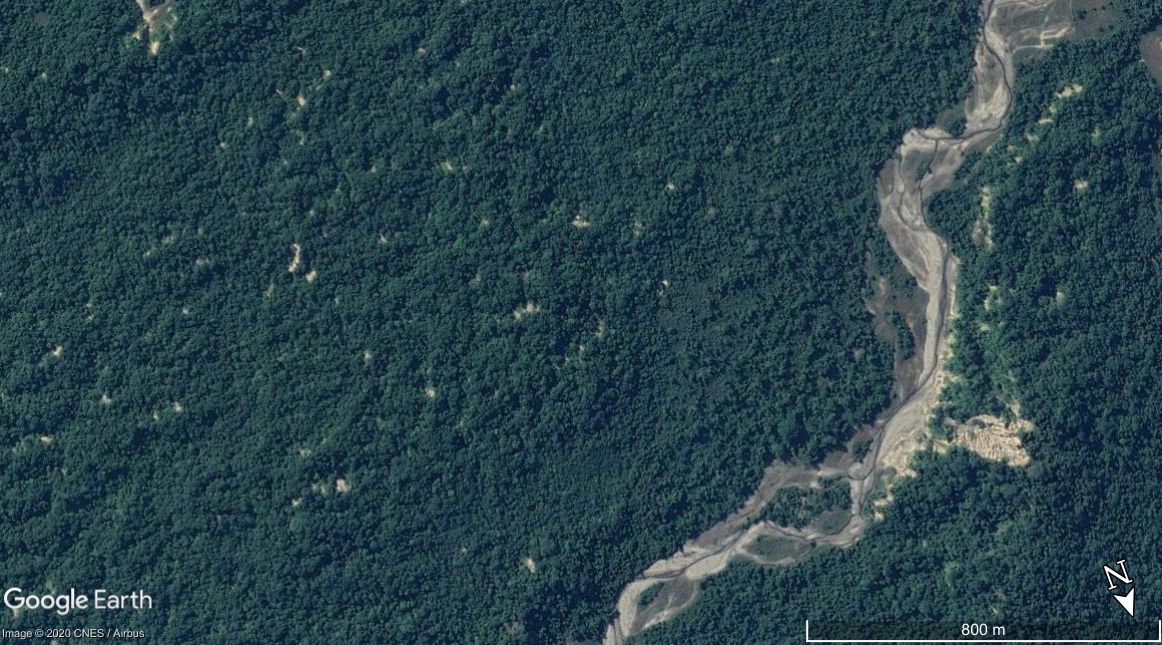 Seijosa is being mobilised. On February 15, 2020, the deputy commissioner of Pakke Kesang district, organised a meeting in Itanagar with state legislators and district authorities, village heads, rubber and tea planters, social workers and other community leaders in the district to review the government’s plans to secure forest clearances, including possibly in the Pakke Tiger Reserve. The Wire also confirmed the PWD is yet to apply for environmental clearances, including forest and wildlife clearances, related to the road project.

Experts wish the Arunachal Pradesh government would consult more widely, review environmental laws and guidelines rather than muscle a highway that could endanger the tiger reserve and the lives of those living on its boundaries – especially when other paths are open.