Experts also don't agree with state authorities' idea of burying the carcasses and instead say they should be burnt. 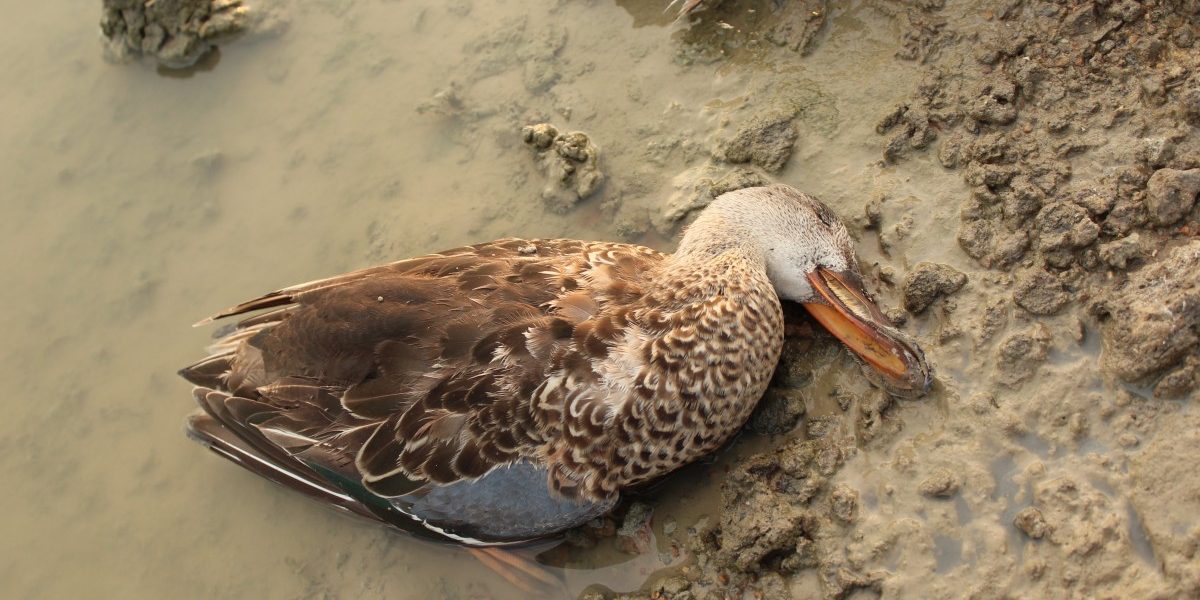 A dead bird on the banks of Nawa Lake. Photo: Shruti Jain

Sambhar Lake, Nawa, Rajasthan: Sambhar Lake is the site of Asia’s largest mass mortality of birds, and no one knows why, at least not yet. Over 10,000 birds have been found dead around the water-body – which is India’s largest inland saltwater lake – in a little over a week.

A disease called avian botulism appears to be the most popular explanation at the moment even if a test report from the National Institute of High-Security Diseases, Bhopal, ruled it out last week. Other explanations include effluents from salt-manufacturing units in the area, illegal salt-mining, excessive groundwater extraction and mass starvation.

The forest department doesn’t tend to the lake although its personnel are currently involved in rescue activities. The Rajasthan chief wildlife warden, Arindam Tomar, has refused to comment.

Sambhar Lake is located about 80 km west of Jaipur. The government declared it a Ramsar site almost three decades ago, under the Indian Wetland Conservation Programme. Ramsar sites are wetlands of international importance. However, the government hasn’t maintained the site well.

While birds visit the lake and its banks to nest and feed, people visit the surrounding city of Sambhar for a temple of the goddess Shakambhari, located in the lake’s middle. The part of the lake up to the temple is called Sambhar, and after that, Nawa. Birds have been reported dead in both lakes, but more so on the Sambhar side.

Preliminary reports from the site indicated a bacterial infection could have been responsible for the deaths. The bodies have symptoms of paralysis, which have been attributed to avian botulism. This disease is the work of a paralysing toxin produced by the bacterium Clostridium botulinum, typically found in polluted water bodies with low quantities of dissolved oxygen.

While the lake doesn’t appear to be polluted, chemical analyses have reached dire conclusions. For example, according to Hindustan Times, “about 16% of the wetland area is covered by invasive living organisms”; the biological oxygen demand in the water “was found to be between 78 and 203 mg per litre … about 13 to 34 times the permissible limit”; and “the water’s salinity was found to be more than 40 grams per litre”.

Botulism is a deadly disease and could have been responsible for all the deaths around Sambhar Lake. This said, according to The Print, an expert who supported the avian botulism hypothesis also clarified that Indian labs might not be equipped to test for botulism.

Dau Lal Bohra, a member of the IUCN wildlife health specialist group, said, “If there was a possibility of avian botulism or any viral infection, the birds would have had swollen nodes in some parts of the body.” But when he physically inspected some of the birds, he said he couldn’t find these signs. “If one is to believe that botulism [is at work],” other species as well as other parts of Sambhar Lake should have been affected.

Birds haven’t been found dead across the Sambhar Lake but only in certain spots, and birds in other areas haven’t shown show any signs of paralysis or illness. Experts who have inspected the area also suggested that the birds could first have died around Nawa Lake and then brought by water currents and tides to the Sambhar side. Affected species include avocets, plovers, ruddy shelducks and northern shovelers. 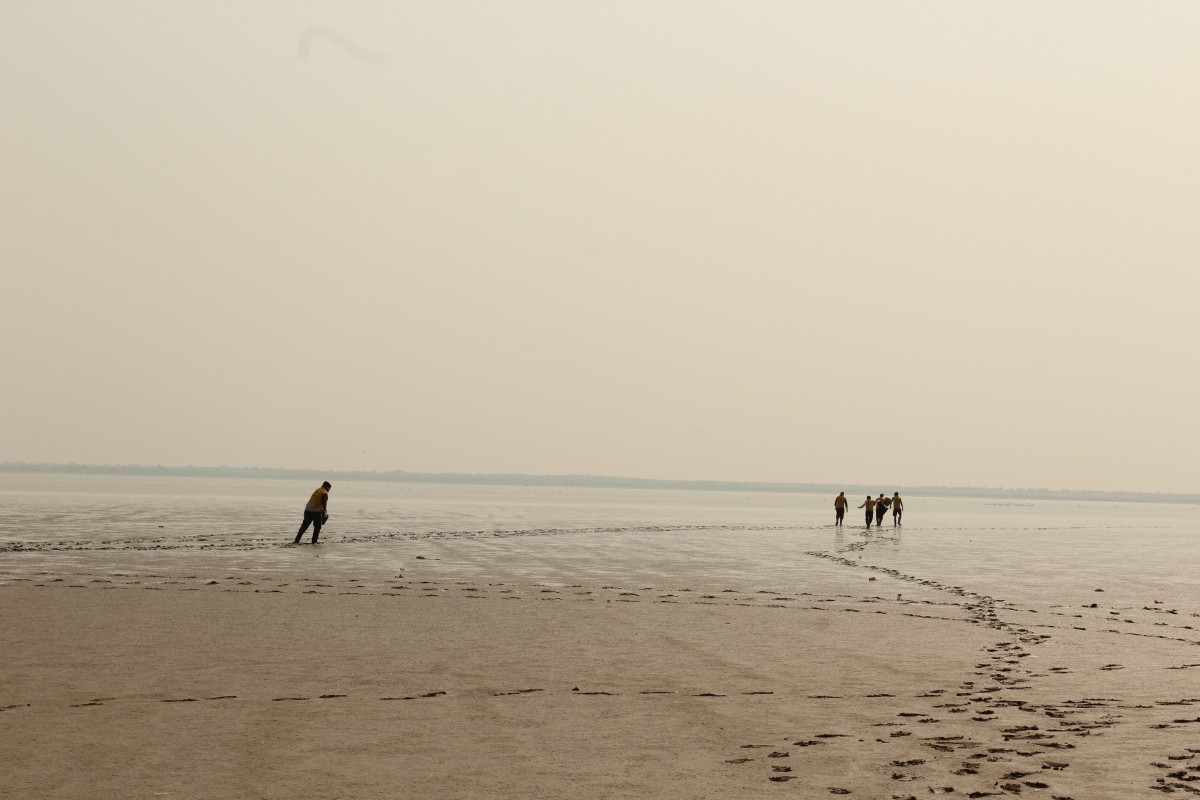 Bohra also said that in case of viral diseases like influenza, crows are likely to be affected as well because they’re more likely to come in contact with the dead bodies of previously killed birds. However, no crows have been reported dead around Sambhar Lake.

According to reviews of avian influenza published in South Korea in 2015 and by a clutch of European research bodies in March this year, different viral subtypes of the avian influenza virus could have entered Europe and Asia multiple times through the bodies of migratory birds.

“Weakness in the muscles of wings and legs of birds points to two possible reasons,” Bohra concluded. “It could either be a viral activity or the birds might have been exposed to a sudden [electric] shock, which happens quite often when lightning strikes the water.”

A bolt from the blue isn’t the only source of a large electric current. According to people living in the area, there are thousands of bore-well connections spread across the lake, some even submerged in the water, to draw salt water. They have alleged that the wells’ electric cables were found damaged, suggesting the birds could have been electrocuted to death.

“The electric cables rupture in summer due to excess heat,” a resident of Rajas village in Nawa tehsil, Nagaur district, told The Wire. “Workers from the salt manufacturing units fix them manually, sometimes even using a wooden stick to tie the broken wires together, but it could be dangerous.” 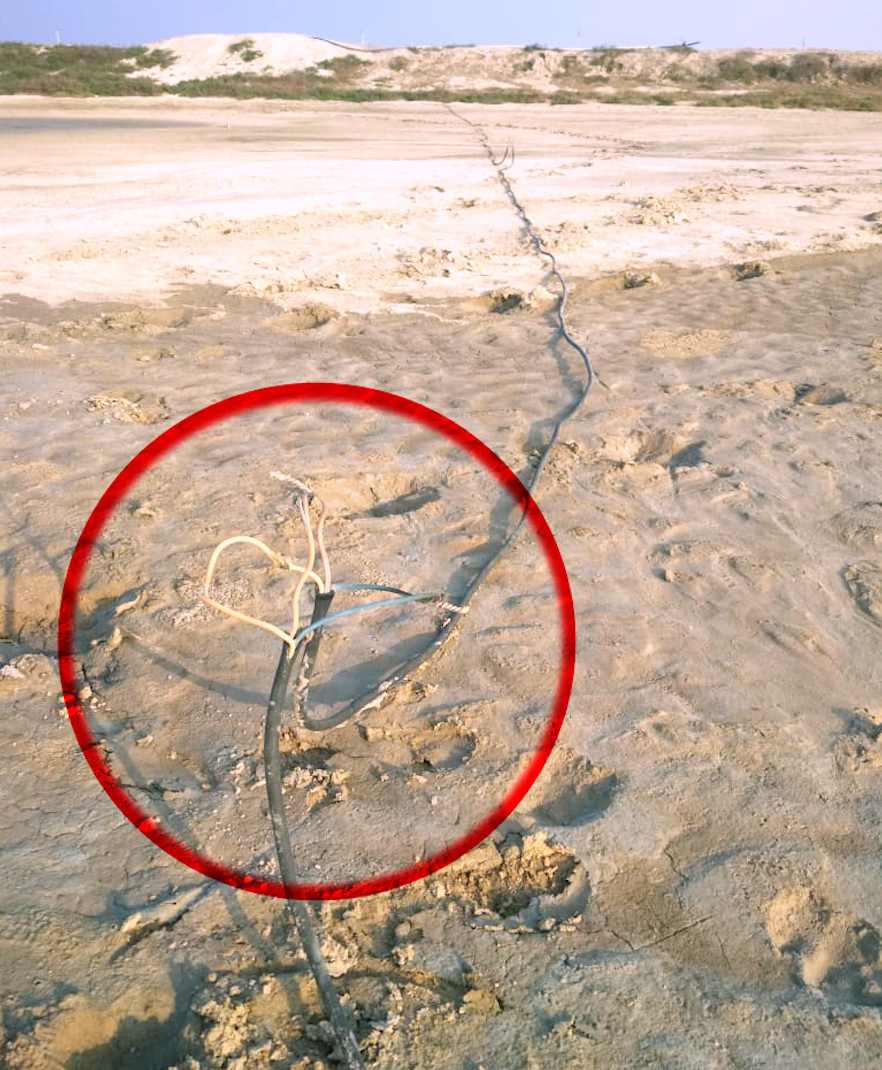 A pair of loose and exposed electric cables are visible in the lakebed’s foreground. Photo: Shruti Jain

Miners can extract salt from the lake only in summer, and that too not when it rains during the monsoons. Most of the water evaporates by November. However, this year, Sambhar received a moderate amount of rainfall for two days following Diwali (October 27-28), and the lake was partly full when it should have been dry. But since it was the end of the mining season, workers continued using the bore-wells to pump up the salty water.

In fact, miners were at work in Nawa Lake until Sunday (November 17). They filled the artificial pools they had created with salt water so it couldn’t have been more than a week since the workers last used the bore-wells to draw water. At the same time, since news first broke of the birds’ deaths, the salt manufacturers say they have turned their wells off.

If the electric cables had come loose when the wells had been operational, any bird that landed in the water could have been electrocuted.

Irrespective of what killed the birds – microbes, electricity or something else – experts don’t agree with state authorities’ idea of burying the carcasses within the lake or in the soil. “If the preliminary report suggests it is a case of avian botulism, how come the authorities want to risk” putting “the bacteria in the soil?” Bohra asked, adding that this could only help the disease spread. “The carcasses must be burnt.”