In the report, activists pointed out that the Sabarmati River "no longer has any fresh water when it enters the city of Ahmedabad".

New Delhi: A joint investigation conducted by the Gujarat Pollution Control Board (GPCB) and the Paryavaran Suraksha Samiti (PSS) on March 12, 2019, has revealed alarmingly high levels of pollution in the Sabarmati river.

The investigation was conducted to look into the implementation of the Supreme Court order on February 22, 2017, about industrial effluent and sewerage discharge into the Sabarmati river in Ahmedabad district.

The investigation was conducted by regional officers Tushar Shah and Nehalben Ajmera of the Gujarat Pollution Control Board, Rohit Prajapati and Krishnakant of the PSS, social activist Mudita Vidrohi and Gujarat high court lawyer Subodh Parmar. They found  the river to be “dry” in the Ahmedabad city stretch, before the riverfront, and “brimming with stagnant water” within the riverfront project stretch. In the last 120 km, before meeting the Arabian Sea, the river was “dead, comprising just industrial effluent and sewage”. 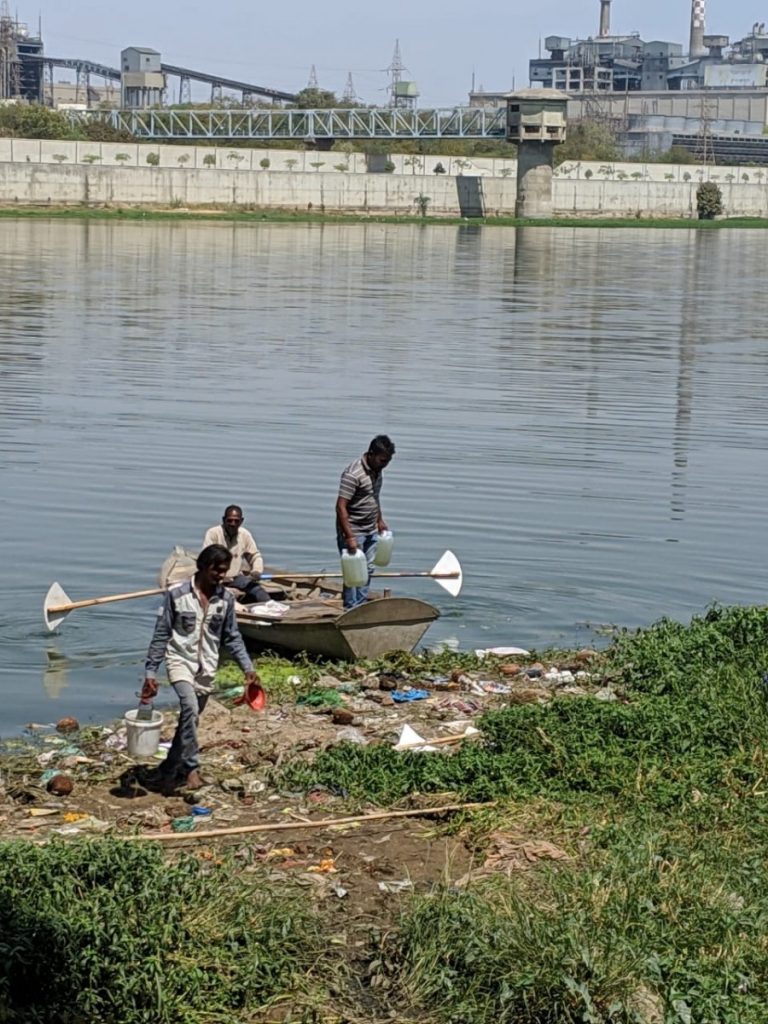 In their report, the group pointed out that the Sabarmati “no longer has any fresh water when it enters the city of Ahmedabad”. The much-touted riverfront has become a “pool of polluted stagnant water” while, further downstream, the it is merely a “channel carrying effluents from industries from Naroda, Odhav Vatva, Narol and sewerage from Ahmedabad city”.

The report also underscored the “drought-like condition of the Sabarmati river” aggravated by the Gujarat government’s ambitious riverfront development project, and has resulted in poor groundwater recharge and increased reliance on an already suffering Narmada river.

Also Read: Should Rights for Rivers Be on the Agenda for the 2019 Elections?

Finally, the report questions the negligence of the Ahmedabad Municipal Corporation, the Gujarat Pollution Control Board and the polluting industries that discharge their untreated effluents into the Sabarmati River despite the Supreme Court Order directing strict compliance of effluent treatment standards and the continuous monitoring and closure of defaulting industries.

The PSS has issued legal notices to officials of the union and state governments, the Central Pollution Control Board, the GPCB, the Ahmedabad Municipal Corporation and Ahmedabad’s district collector asking them to implement the Supreme Court’s and the National Green Tribunal’s orders.

In his notice, Prajapati warned, “If you don’t act now, your inaction shall be considered as non-compliance of the Honourable Supreme Court order, dated February 22, 2017, in our PIL-Writ Petition (Civil) No. 375 of 2012 and may invite further necessary action against all culprits.”

The report also states that the level of pollutants in the river far exceeds the permissible limits set, for river as well as effluent discharge norms.

Speaking to DNA India, Prajapati said that in most places the “dissolved oxygen level was so low that it could not be measured in the first place” and that the “only in the stretch of the river near Railway Bridge it was found to be 4.66mg/l” which is also below the minimum required level of more than 5 mg/l. 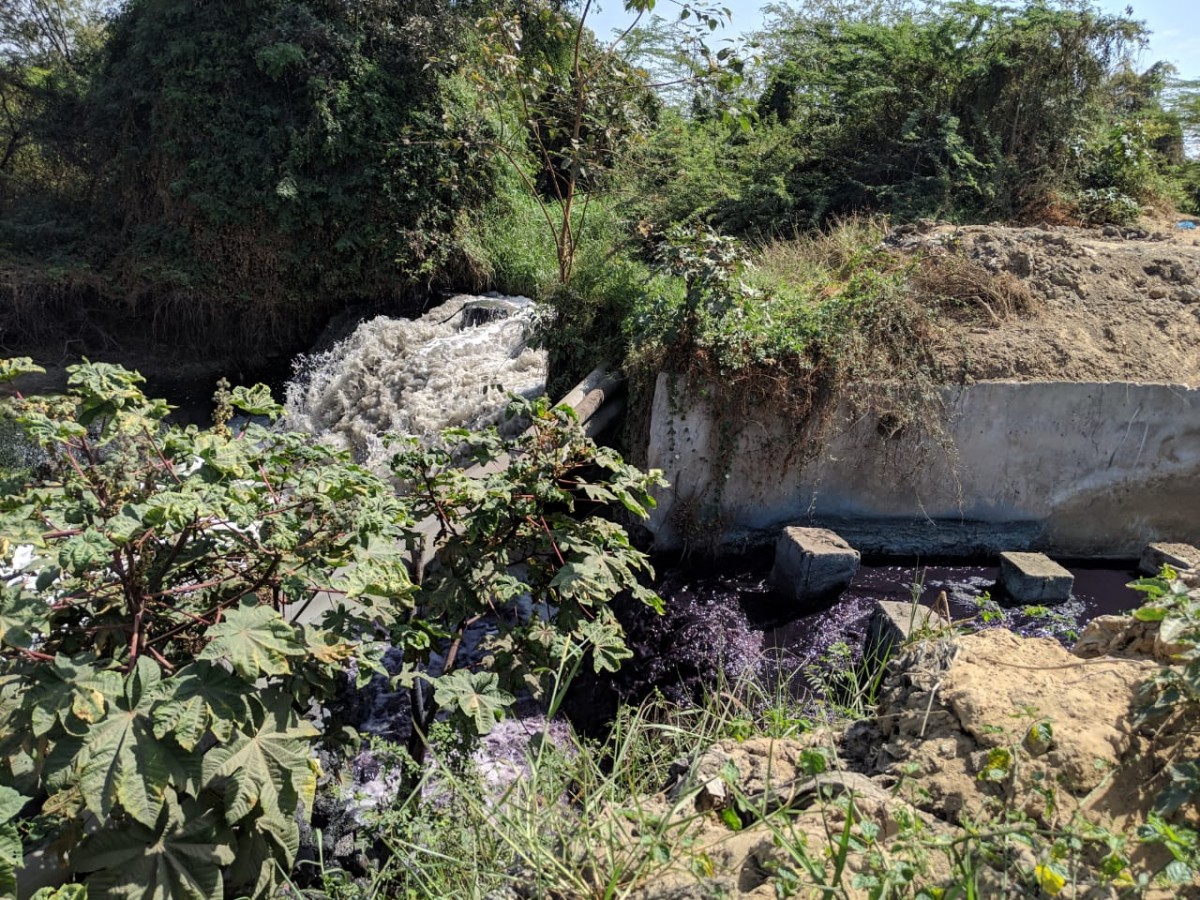 The Sabarmati is the primary source of water for Ahmedabad district, and its dismal condition is of grave concern for the health of the people in the villages around the river.

The report also highlights some of the major direct and indirect effects of the high levels of pollution on the people and environment which include groundwater and food contamination, associated health hazards, loss of natural river habitat, depletion of groundwater levels due to lack of water recharge, loss of flora and fauna, etc.

The high levels of pollution, as recorded in the investigation report, are summarised below: 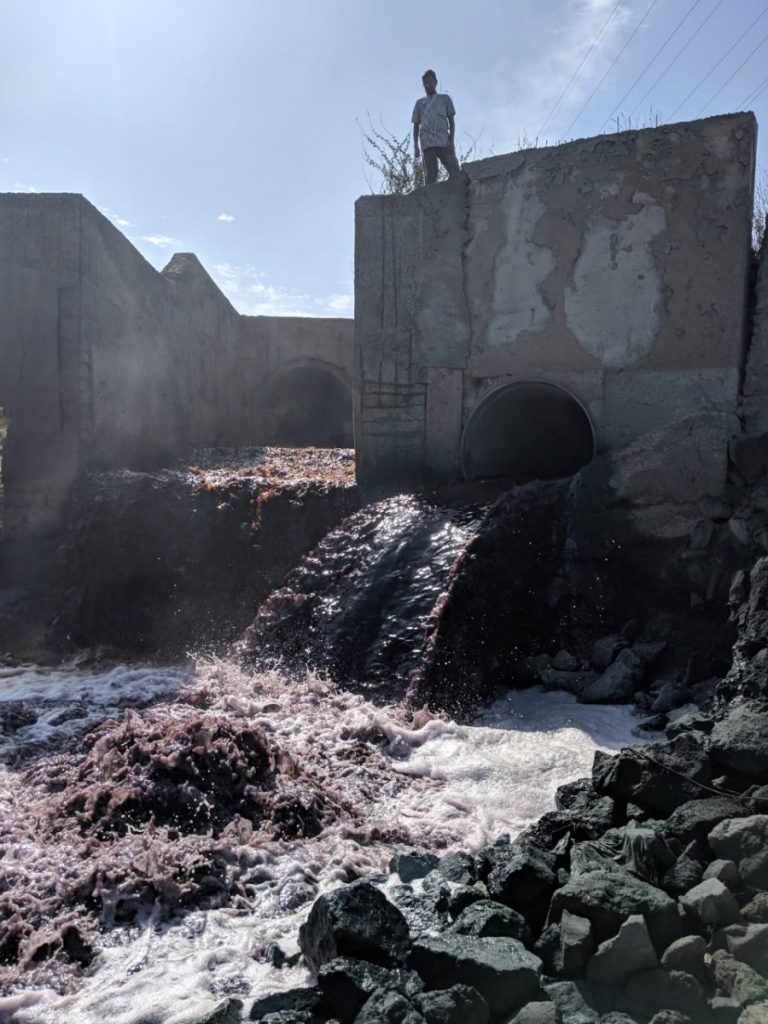 The activists have demanded that the GPCB immediately issue closure notices to all defaulting industries and common effluent treatment plants (CETP) in Ahmedabad, in line with the Supreme Court’s 2017 order. They have also demanded that the GPCB file criminal cases against all owners and directors of the defaulting polluting industries, the officers of the CETPs, and the municipal commissioner of Ahmedabad.

Also Read: When the Court Convicted a Person for Polluting the Environment

Further, they have demanded that the GPCB investigate and prepare detailed reports about the groundwater contamination as well as the contamination of food grains, vegetables and fodder and that adequate monetary compensation and medical services be provided to the farmers and villagers who have suffered from the groundwater pollution.

Finally, they have demanded that an interdisciplinary committee, comprising officials and field experts, be set up to assess the damages and quantify the real compensation payable to the farmers along with the implementation of the Supreme Court and National Green Tribunal orders.