According to experts, apart from the ecological threats that the 3,097 MW project poses, there is also a lack of transparency in the approval process. 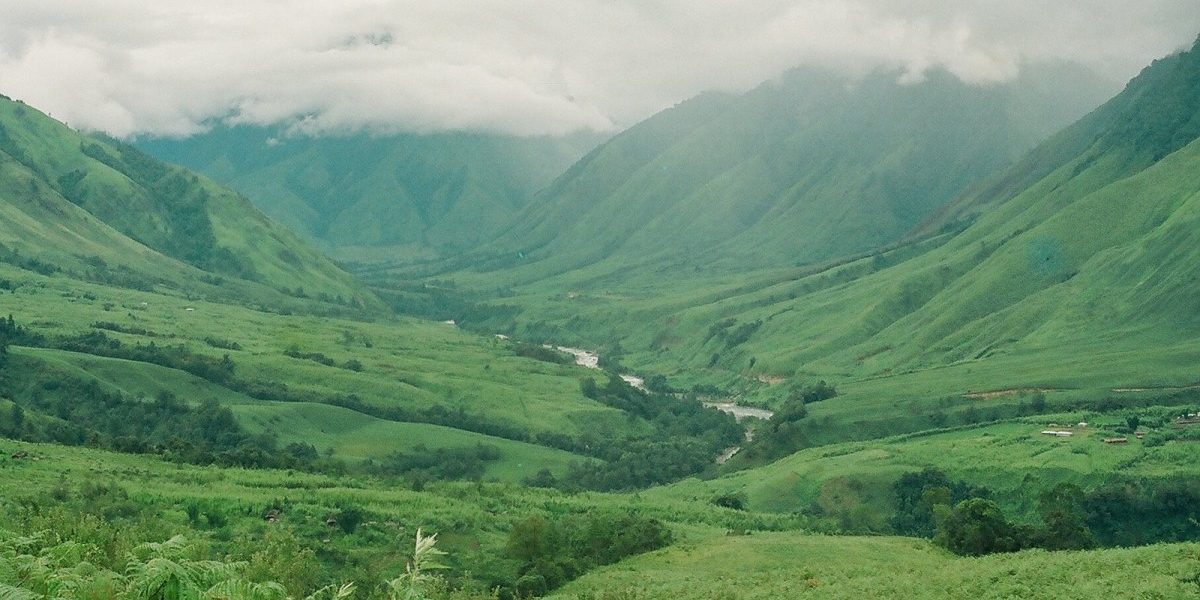 In a letter to the Committee on May 27, they wrote that apart from the ecological and environmental threats the project poses, there is also a “lack of transparency” in the approval process. Other conservationists have also written separately to the FAC highlighting similar concerns.

Ever since it was proposed in 2008, the Etalin Hydroelectric Project in Arunachal Pradesh has faced stiff opposition. Social activists, scientists and conservationists have highlighted several concerns surrounding the massive 3,097 megawatt project.

They have pointed out that the project’s cost to humans is high, noting that the project will displace local indigenous communities, such as the Idu Mishmi, from Dibang valley, which itself is a region of local cultural reverence.

Ecological and environmental concerns include the loss of unique and endemic biodiversity (including the tiger habitat, since around 1,165 hectares of forest land will be cleared) and the natural disaster risk that the project will expose the area to.

Also read: Why the Etalin Hydroelectric Power Project Is Flawed

These are the issues that seven conservationists, including former members of the National Board for Wildlife, Prerna Singh Bindra and Asad Rahmani, as well as some state wildlife board members, have highlighted in their May 27 letter to the FAC. Moreover, the “lack of transparency” in the latest FAC meeting in this regard, held on May 11, is a concern too, they added.

In its May 11 meeting, the FAC found that “almost all issues [raised against the Etalin project] have been addressed in detail by the Sub- Committee and the state”, as per the minutes of the meeting uploaded on the ‘Parivesh’ website of the Union Environment Ministry. However, none of the documents supporting this statement have been made available in the public domain, according to the conservationists.

In the meeting, the FAC also appointed a four-member committee to address all issues in a “holistic” manner, in view of “some apprehensions/representations received from some quarters concerning wildlife and other issues related to reported endemic flora and fauna of the area”. Their report is due in three weeks.

FAC approval based on this report is the only thing standing in the way of the proposed project becoming a reality.

After the May 11 meeting, other conservationists, including Firoz Ahmed of the Guwahati-based NGO, Aranyak, have also written to the FAC with similar concerns including the unsatisfactory biodiversity assessment (conducted by the Wildlife Institute of India in 2018) based on which the project has obtained other clearances so far, The Wire has learnt.

The Bombay Natural History Society, one of India’s oldest conservation organisations and a former member of the National Board for Wildlife, had also recorded its objection to the Etalin project through a letter to the FAC dated March 28. It highlighted the ecological concerns surrounding the project including the impacts that debris from the construction of the dam would cause (and for which a plan for disposal has not been drawn up yet).

It also noted how preventing deforestation is central to India’s climate goals, and the approval of the Etalin project goes against this.

The following is the full text of the letter dated May 27 sent by conservationists, including Rahmani, to the FAC.

We are writing to you to submit our concerns regarding the Etalin Hydro Electric Project (HEP), which is currently under consideration for Forest Clearance by the Forest Advisory Committee. We would like to bring to your notice some grave concerns we have regarding this project and strongly urge you to consider these with the utmost seriousness.

We believe that the Etalin HEP must not be granted forest clearance as it will have irreversible and wide-ranging negative impact on Dibang Valley’s biodiversity and diverse ecosystems some of which we outline below.

1. Area of Unique Biodiversity: The Etalin Project is located in a Global Biodiversity Hotspot and studies confirm the occurrence of extremely high biodiversity richness in in the impact area of the project. Rapid surveys have shown 24 mammal species, 230 bird species and the region has a high degree of endemism. Studies indicate six endemic species are found in the basin of the Dibang river.

a. Destruction of biodiversity rich, old growth forests: The project will cause destruction of at least 2,80,000 trees in the old growth forests of a biodiversity hotspot, over a total 1178.59 ha (~11 sq. km.) of land. Such forests provide a spectrum of ecosystem services and are irreplaceable. It is a fallacy to assume that these can be compensated by afforestation and plantations. About six globally threatened mammal species are found in this region, of which three are endangered and three are under the vulnerable category. About 680 bird species have been recorded from this region, including globally threatened, near threatened, critically endangered, endangered and vulnerable species.The construction phase of the project will involve extensive mining, quarrying, slope undercutting, and muck disposal, including the disposal of hazardous waste, all of which have extensive impact on the wildlife and ecology of the region.

b. Compensation: Compensatory or mitigation measures cannot in any way replace or compensate for destruction of old growth forests, the ecosystem services they provide and the loss of wildlife habitat. Even so, fact is that compensatory measures for such projects are openly sidestepped. The National Green Tribunal has taken suo moto cognisance of “how two key hydel power projects in Arunachal were among six mega initiatives in the country, between 2004 and 2020, where stringent conditions to compensate for the high environmental impact were sidestepped, ignored or met only on paper.” This includes the controversial Dibang Multi Purpose Project.

c. Tiger presence: The area hosts a unique, high-altitude population of tigers. Tigers have been recorded at an elevation of 3,630m in Dibang, which is the highest altitude at which tigers have been recorded in India. This important fact and the presence of tigers in this area is not included in the ‘Etalin Wildlife Conservation Plan’ authored by Wildlife Institute of India in its 2017  report. Additionally, research findings distinctly show that the tiger density in the community forests of Dibang is over four times more than that of the  regional reserves – but none of these unique findings find a place in the WII report.

d. Underestimation of Biodiversity in the Area: In 2017, the WII was tasked with preparing a report on the impact of Etalin HEP on the biodiversity of Dibang Valley, following which the WII submitted the ‘Etalin Wildlife Conservation Plan’. The report assesses the status of various taxonomic groups including mammals, avifauna, entomofauna, herpetofauna and flora in the HEP site, and forms the basis of any decision taken by the FAC on the project. The WII report records 21 species of mammals, 230 bird species, 31 reptile species, 413 plant species, 14 amphibian species and 159 butterfly species.What is strange is that the WII report was tasked with making a mitigation plan before the project has been approved – implying a fait accompli. The report in itself is problematic. It has been strongly criticised in a peer review by 29 scientists from 16 research institutions, including ecologists, geographers and social scientists, who conclude that “incomplete and inaccurate data (in the report) lead to an erroneous and inadequate assessment of the impact potential of the proposed HEP on biodiversity”. Despite clear directives to conduct a multi-seasonal study, WII spent only four months in the field surveying a limited number of sites. Nor does it consider the construction of new roads or the expansion of existing ones, thus hugely underestimating the biodiversity of the region, and the impacts that this project will have.

Etalin HEP is a mega hydropower project, the largest in India and if approved will be based in an extremely ecologically fragile region. The decision for clearance of a project of this scale cannot be based on a faulty and shoddy impact assessment.

2. High risk of natural disasters: Etalin HEP is based in Dibang river which is a high mountain watershed that is prone to natural hazards as a result of its unique and complex geological, ecosystem, weather and climatic conditions. Dibang Valley is thus a hazard-prone area and at risk of frequent landslides and earthquakes.

b. Roads and associated infrastructure: The Etalin HEP involves the construction of over 50 km of new roads and widening of an additional 30 km of existing roads. In addition to this, quarrying and debris dumping is likely to be much larger on account of the extensive slopes on either side of the steep river valley, and their very high susceptibility to landslides. The construction phase of the project will involve extensive mining, quarrying, slope undercutting, and muck disposal, including the disposal of hazardous waste. All these activities will have a deeply damaging effect on the region’s wildlife and ecology.

A team of independent geologists and hydrologists who reviewed the project documents have found that several such contingencies relating to possible natural disasters have not been adequately addressed by the project developers, potentially putting the people, biodiversity and economies at risk.

3. Lack of Transparency: The minutes of the recent FAC meeting held on 11th May 2022 state that “almost all issues have been addressed in details by the Subcommittee and the State.” However, there are no records available in the public domain of any of the above valid concerns being addressed. Thus, we can only conclude that these issues brought before the FAC have been either summarily dismissed or not been addressed.

We are very concerned about the grave ecological consequences, and the irrevocable loss of wildlife, of this project. We believe that the colossal ecological, social and fiscal of this project is unjustifiable.

Keeping in view the above outlined concerns, we urge you to recommend that the FAC unanimously rejects forest clearance for the Etalin HEP. It may do well to remember that the FAC has entrusted you to safeguard the country’s forests and natural ecosystems and we trust decisions taken will be true to this noble duty and in service of an ecologically secure India.