The campaign ignores the real threats – back to back dams, sand mining, pollution, deforestation and river interlinking – and offers tree plantation as the panacea to all ills. 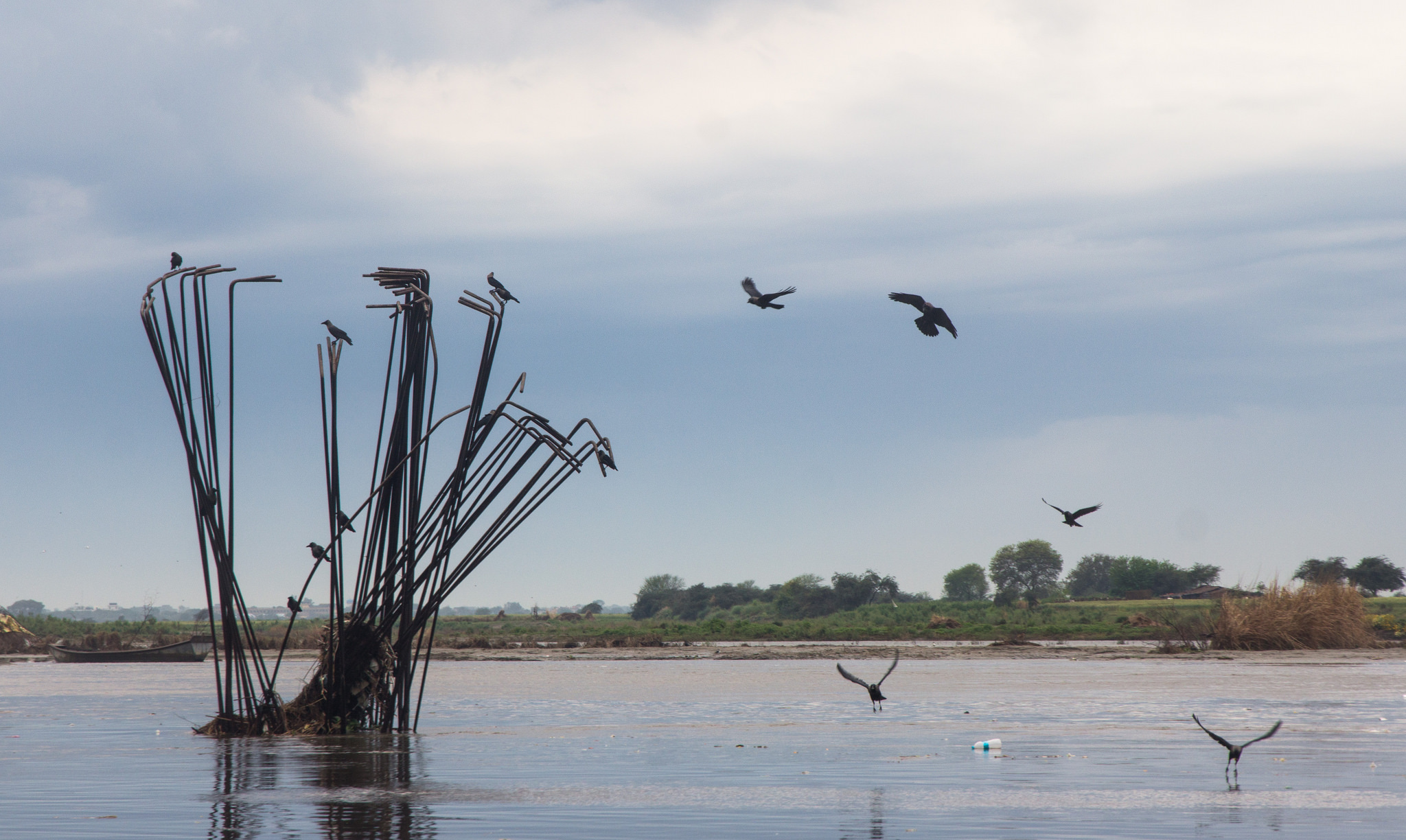 Manu Moudgil is an independent journalist and founder editor of GoI Monitor, a web magazine on development issues.

In the times of floods and drought, ‘Rally for Rivers’ seems to be the most appropriate thing. Thankfully, it’s not just about Ganga and Yamuna. That one can join in just by giving a missed call is another mercy.

The campaign, led by spiritual guru Jaggi Vasudev of the Isha Foundation, is inspired by Madhya Pradesh’s Namami Devi Narmade Sewa Yatra, which aimed at planting six crore saplings on the banks of Narmada river in July this year. On similar lines, the ‘Rally for Rivers’ calls for a 1 km’s buffer of trees alongside all the rivers. This will include fruit trees on farm lands and forests on government land. The campaign calls this the simplest way to save rivers as trees lead to greater rainfall, stop soil erosion and also replenish groundwater which in turn feeds the rivers. The arguments, though not incorrect, are incomplete.

The connection between trees and rainfall has only been established through climate simulation models and these studies have been done for large forests, not plantations. “Rivers stand to gain when trees help rainwater seep into soil but that requires planning and control on groundwater usage as well,” says Veena Srinivasan, who leads several research projects on hydrology at the Ashoka Trust for Research in Ecology and the Environment, Bengaluru.

Popular examples like Hiware Bazar, often quoted to show how trees and harvesting structures can lead to surplus water, are sustainable also because of a ban on new borewells and water budgeting that calculates the groundwater replenished and used.

“The Rally for Rivers goes in the other direction by suggesting fruit trees on farm lands. These trees not only have long gestation periods before they become economically viable for farmers, but also need good irrigation through borewells, thus further straining the already stressed aquifers,” says Srinivasan. “This means that any amount of rainwater that seeps in the soil with help of trees would go vertically to fill the empty aquifers than flowing horizontally towards the rivers and streams.”

The rally’s ‘one shoe fits all’ approach is also worrisome. According to Sunderrajan Krishnan, the executive director of India Natural Resource Economics and Management Foundation, “A campaign for rivers should be engaging, inspiring and unifying. Rally for Rivers is engaging and inspiring but it’s not really unifying as it offers a silver bullet solution of tree plantation in a country which has diverse ecological and cultural needs. There are many examples of people reviving their rivers from across India using a combination of measures. The campaign should assimilate all those approaches.”

Tree plantation as an excuse

A tree plantation has long been used both as a panacea and as an excuse for pollution and other harmful activities. From compensatory afforestation that legitimises the axing of fully grown forests for industries to international scams like carbon credits – all thrive on the idea that the saplings can match the diverse functions of a fully grown tree or offset the use of fossil fuels.

Back to back dams, sand mining, pollution, deforestation, and plans to interlink rivers and build waterways on them are the real threats. The campaign’s website, and the campaign, conveniently skips all these issues. It has a separate page for a few major rivers with details of depletion statistics, environmental and economic significance, recent disasters and spiritual and cultural significance. The only way pollution finds a mention is how the proposed buffer of trees will stop draining of contaminants into the river while ignoring the fact that it’s the dumping of domestic and industrial waste through pipelines that pollutes rivers the most.

“Saving rivers must start with cleaner water coming from our cities. Industrial wastewater gets mixed with city’s domestic wastewater, thereby making it tough to treat. Natural forests in river catchments are essential to a healthy river basin. But buffering river banks with tree plantations might be a poor approximation to that,” says Krishnan. An estimated 62,000 million litres per day of sewage is generated in urban India but only around 30% of this gets treated. The rest is dumped in rivers and lakes.

The campaign is going to offer a policy document to the Bharatiya Janata Party government at the Centre. The chances are the government will lap it up as it offers a perfect cover to the dispensation that is not only relaxing environmental norms for industries but also batting for big infrastructure projects on rivers.

It’s heartening to see many spiritual organisations using their reach to work on cleanliness and environment protection. Thousands of their followers volunteer to work on the ground but all this work has to be based on science rather than popular beliefs. Last year, when the Art of Living Foundation was to organise the World Culture Festival on Yamuna floodplains, its volunteers dumped 10,000 litre of an ‘eco-enzyme’ claiming it would clean the river – without offering any scientific evidence to back the claim. The National Green Tribunal had to step in and ban the pouring of the enzyme, made from vegetable peels and brown sugar.

Since all these spiritual organisations are presumably want to bring positive change, what stops them from collaborating with scientific organisations to design a more valid campaign? Why would they proactively look for partnerships with corporates and media channels but not with those who have been working on the ground for long?

The Isha Foundation has for long been embroiled in controversies related to construction and expansion in forests of Coimbatore district in Tamil Nadu. The state government departments had also submitted in the Madras high court that the foundation violated norms. Giving Isha Foundation company in this campaign is the Adani Group, whose Adani Ports & SEZ Limited was found guilty of “multiple violations, immense ecological destruction and illegal reclamation of land in Gujarat”. This had led to the environment ministry imposing the highest penalty ever on a company, of Rs 200 crore, later modified when a change of guard happened at the Centre.

Another partner, the Confederation of Indian Industry, inherently means business. Its members who are rallying for rivers today would jostle to gain contracts from projects like inland waterways and river interlinking. When it’s time to choose between revenue and rivers, where would their loyalties lie?

The most important partner in the rally is the urban Indian. We will wear blues and give missed calls because the action lies elsewhere. The rally is for trees on private farms and common lands in villages. It does not ask us to do the hard lifting. No need to build pressure on city administrators to manage our wastewater – or ensure that pollution control boards penalise polluting industries because the real problem, according to the campaign, is the depletion of water.

With such a narrow vision, the Rally for Rivers will end up as what it begins with: A missed call.