Why a Plastic Plant Was Deemed 'Essential' During Lockdown, and Other Questions on Vizag Gas Leak

Was the tragedy man made? Was it the effect of systemic corruption? 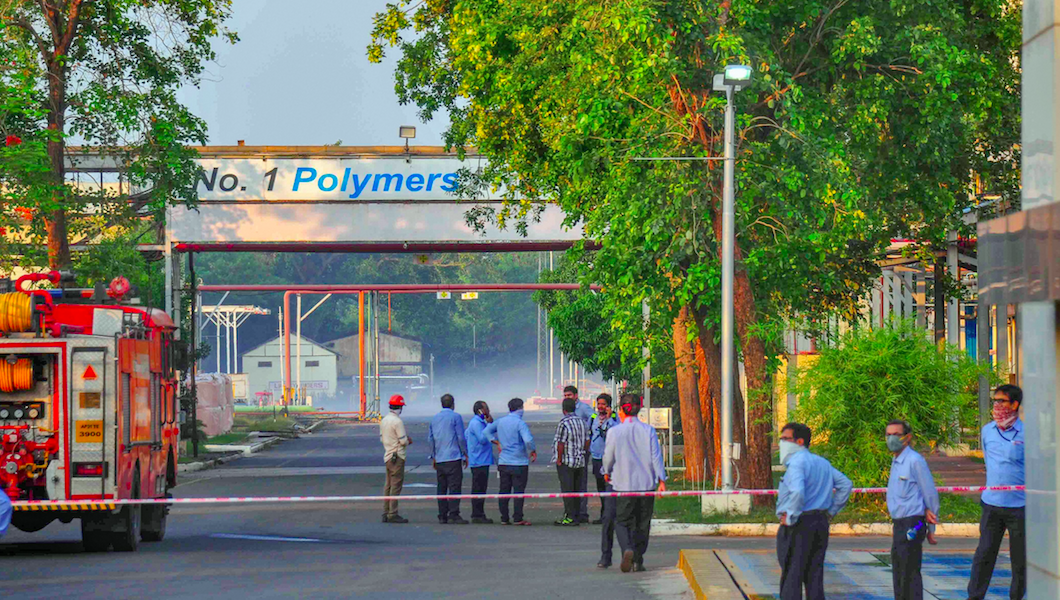 Hyderabad: The gas leak in a chemical plant in Visakhapatnam which left 11 people dead and around 1,000 hospitalised in the wee hours of Thursday, raises serious safety concerns and more questions than can be answered. Several victims have been battling for life at the local King George Hospital.

LG Polymers from where the lethal gas leaked, makes polystyrene and co-polymers by using styrene, a flammable liquid gas, as raw material.

It started out as an indigenous company named Hindustan Polymers which was founded in 1961. The factory building occupied 214 acres and there were no houses in the area at that time.

In 1978, the company was merged with McDowell & Co. Limited. Eventually, it was taken over by the South Korea-based LG Chem India Private Limited and called ‘LG Polymers’.

By then clusters of residences had come up around the plant. The factory engages 200 permanent employees and 300 contract workers. But there were only 20 workers at the time of the gas leak, eyewitness accounts said.

Andhra Pradesh chief minister Y.S. Jaganmohan Reddy has rushed to Visakhapatnam and announced a compensation of Rs 1 crore to each of the families who lost their relatives in the tragedy. Reddy said a high-powered committee, comprising the special chief secretary of Forests and Environment, secretaries from the Industries department and the Andhra Pradesh Pollution Control Board (APPCB), will be constituted to probe the accident.

The tragedy comes ahead of the Jagan government’s plans to shift the executive capital to Visakhapatnam from Amaravati. Visakhapatnam is an industrial hub, an Eastern Naval command and a major port. 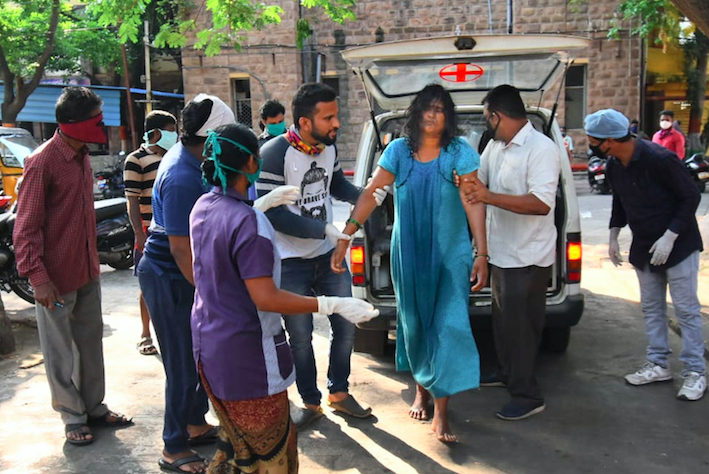 “It seems unskilled labour mishandled the maintenance work and because of that the gas leaked.”

This official version lends credence to the public perception that this is a man-made disaster. The plant management is further accused of having failed to sound a siren immediately after the gas leak.

“When a thick cloud of toxic gas began coming out of the plant and enveloping the residential area, workers inside the plant ran out of it helter-skelter and there were no attempts from the plant officials to alert people in the locality by way of sounding a siren,” J.V.V.S. Murthy, a spokesman of the CPI-affiliated All India Trade Union Congress, said.

It was police on COVID-19 duty who took people affected by toxic gases, to King George Hospital in the patrolling vehicles. The police personnel also evacuated the residents around the plant to safer places. They will likely not be able to return before two to three days.

Medical officials in the hospital said hundreds of patients were exposed to the styrene gas vapour which immobilises a person soon after inhalation and is deadly at high concentration.

The site, owned by the South Korean LG Corp, in the midst of Venkatapuram is inhabited by 15,000 people. However, it is not the safest area to inhabit even in normal circumstances as the plant uses styrene, a flammable liquid gas for making synthetic rubber and resin. This is lethal by nature.

E.A.S. Sarma, former secretary to the government of India and civil society activist, has expressed suspicion of a nexus between  plant management and official agencies over the former’s expansion plans. As a result, pollution controls were lax at the plant, he said.

The plant is embroiled in litigation with the government, which has tried to take back land it has encroached upon.

“Surprisingly, ignoring this ground reality, the pollution control board reportedly granted consent for establishment and consent for operation for the unit’s expansion in 2019,” Sarma, a resident of Visakhapatnam said. He sought an in-depth inquiry into the role of the PCB. “The unit being a highly polluting one and so close to residential localities, the PCB should have not have allowed the chemical plant to expand its operations,” he asserted.

AITUC leader Murthy said the chemical plant encroached upon 12 acres of government land. “When we agitated demanding that the government redeem the encroached lands from the company, police lodged cases against protesters and the encroacher was allowed to go scot-free,” Murthy said.

The chemical plant falls under an orange zone and was allowed to restart its operations in relaxation of lockdown guidelines.

The management is also alleged to have failed to carry out thorough safety checks in the presence of the officials from the Department of Industries and pollution control board before resuming operations after the easing of the lockdown norms.

Sarma said the plant apparently secured an NOC from the authorities concerned claiming to be an “essential industry”. “How could the officials think that a plastic manufacturing company is essential?” he asked.

Health experts highlight the need for long-term plans to focus on the impact of health complications of the gas leak on people in the city, keeping in mind the experience of the deadly gas tragedy at the Union Carbide India Limited in Bhopal in 1984 which left nearly 4,000 dead and half a million poisoned.