PM Modi Unveils Infra Projects of Rs 31,000 Crore For TN. What Will it Cost the Environment? 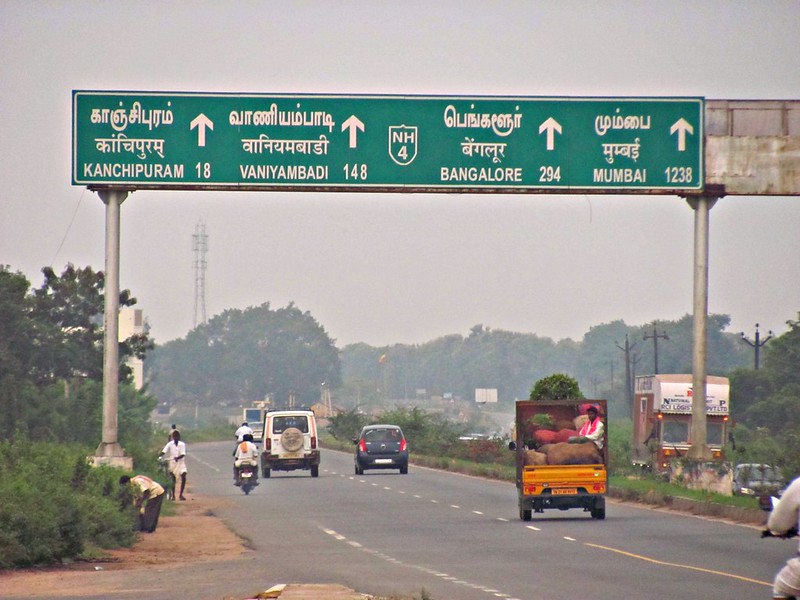 These include the 262-kilometre-long Bengaluru-Chennai Expressway (which will reduce travel time between the two cities by almost three hours) and India’s first multi-modal logistics park near Chennai that is expected to ease freight and cargo management.

Together, these projects amount to around Rs 31,000 crores. But some of the projects’ environmental costs are hard to ignore. They involve felling trees, diverting forest land and erecting infrastructure that could affect water flow in Chennai’s Cooum river. This will affect the local ecology and environment, experts say.

Among the road projects that Modi inaugurated or laid the foundation stones for are a four-way elevated expressway from Chennai port to Maduravoyal, converting a stretch of the National Highway 844 from Neraluru to Dharmapuri to four lanes, and developing National Highway 227 from Meensurutti to Chidambaram.

The other projects include redeveloping five railway stations (including Chennai Egmore), converting the Madurai-Theni rail line to broad gauge, developing the Tambaram-Chengalpattu rail line and laying natural gas pipelines in two stretches in the state – Ennore-Chengalpattu and Thiruvallavur-Bengaluru, which will supply the fuel to consumers and industries in Tamil Nadu, Karnataka and Andhra Pradesh. 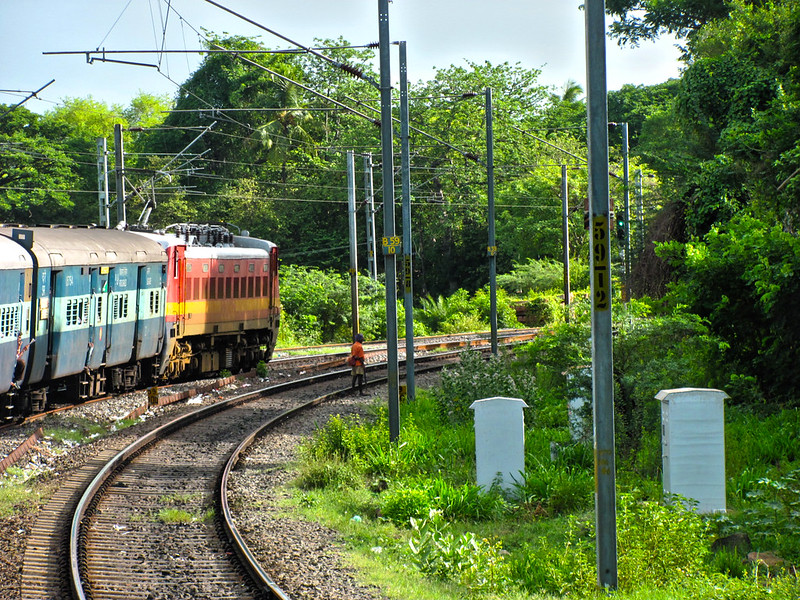 The Union government has also constructed 1,152 houses as part of the Lighthouse Project under the Pradhan Mantri Awas Yojana scheme.

Mappedu, a village near Sriperumbudur, will be home to India’s first ever Multi Modal Logistic Park (MMLP), which will help ease freight management and other port-related activities of the nearby Chennai Port. The park will also have specialised storage facilities, such as cold storages, warehouses and transfer terminals for containers and cargo.

“[The] Government is working to achieve saturation-level coverage for key schemes,” Modi said, according to a government press release, while announcing the slew of infrastructure projects in the state.

“Each of these projects across various sectors will boost job creation and our resolve to be aatmanirbhar [self reliant].”

The Union government will spend around Rs 31,000 crore on all these projects. However, the costs that the local environment would bear due to some of these projects are hard to ignore. For instance, the Union government will spend the highest amount (around Rs. 14,870 crores) on the Bengaluru-Chennai Expressway. This 262 km-long Expressway, plying through the states of Tamil Nadu, Andhra Pradesh and Karnataka, will connect Bengaluru and Chennai and reduce travel time by two to three hours.

Costs to the environment

However, almost 40,000 trees will be cut for two phases of the three-phase project. Phase 3 of the project (connecting Chittoor in Andhra Pradesh and Sriperumbudur in Tamil Nadu) will involve diverting around five hectares of forest land in the Mahimandalam reserve forest and Arcot range in Vellore forest division, as per a report by The New Indian Express.

The Union government has also revived the four-lane elevated expressway connecting Chennai Port and Maduravoyal (along 20 km) in west Chennai, at a cost of Rs 5,855 crore. The project had been stalled for 10 years. It was first announced in 2009. In 2012, the then AIADMK-led government paused the work citing, among others reasons, environmental concerns.

According to one report, this was because the erection of pillars for the project along the banks of the Cooum river in the city would impede water flow. This environmental concern still stands for the Cooum river, said author and activist Nityanand Jayaraman of the Chennai Solidarity Group. 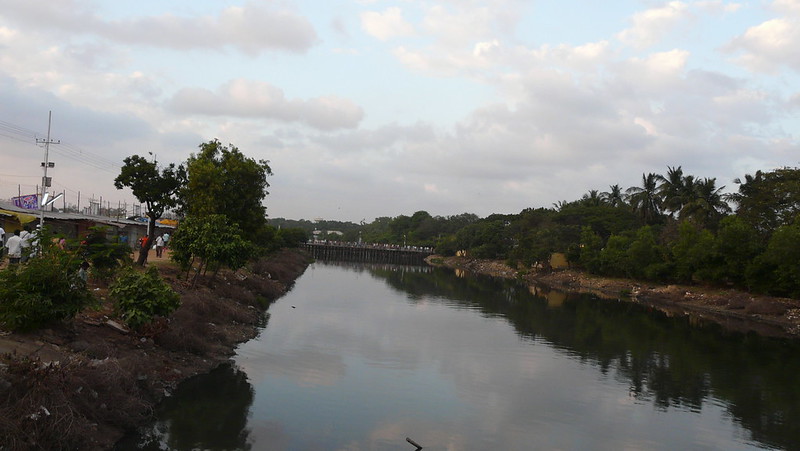 The pillars would definitely obstruct free flow of water in the Cooum, reducing the slow-flowing river to puddles, added a scientist working with the state government, who did not want to be named. “The floodplain of the Cooum has already been compromised greatly in several ways, including through encroachment,” the scientist said.

Both the Bengaluru-Chennai Expressway and the MMLP at Chennai come under the PM Gati Shakti National Master Plan, which aims to bring together 16 ministries to plan, implement and coordinate infrastructure connectivity projects for industrial and economic areas. In her Budget speech in February, Union finance minister Nirmala Sitharaman had announced that the Union government would implement several infrastructure projects – including expanding India’s national highways by 25,000 kilometres – under the Gati Shakti scheme this year. But as Gati Shakti now comes to Tamil Nadu, there could be much at stake.

Jayaraman had noted then that Gati Shakti, with its “seven engines of growth” (infrastructural projects focused on roads, railways, airports, ports, mass transport, waterways and logistics), would “drive the last few nails into India’s ecological coffin” and worsen not just environmental degradation but social inequality too.

The projects announced by Modi on May 26 “demonstrate how development as defined by the state will provide the gati shakti for our headlong rush to planetary ruin,” Jayaraman told The Wire.