In north Bihar's Kosi, groundwater is very close to the surface, so people prefer to have their toilets farther away from home or they think defecation will contaminate their drinking water supply. 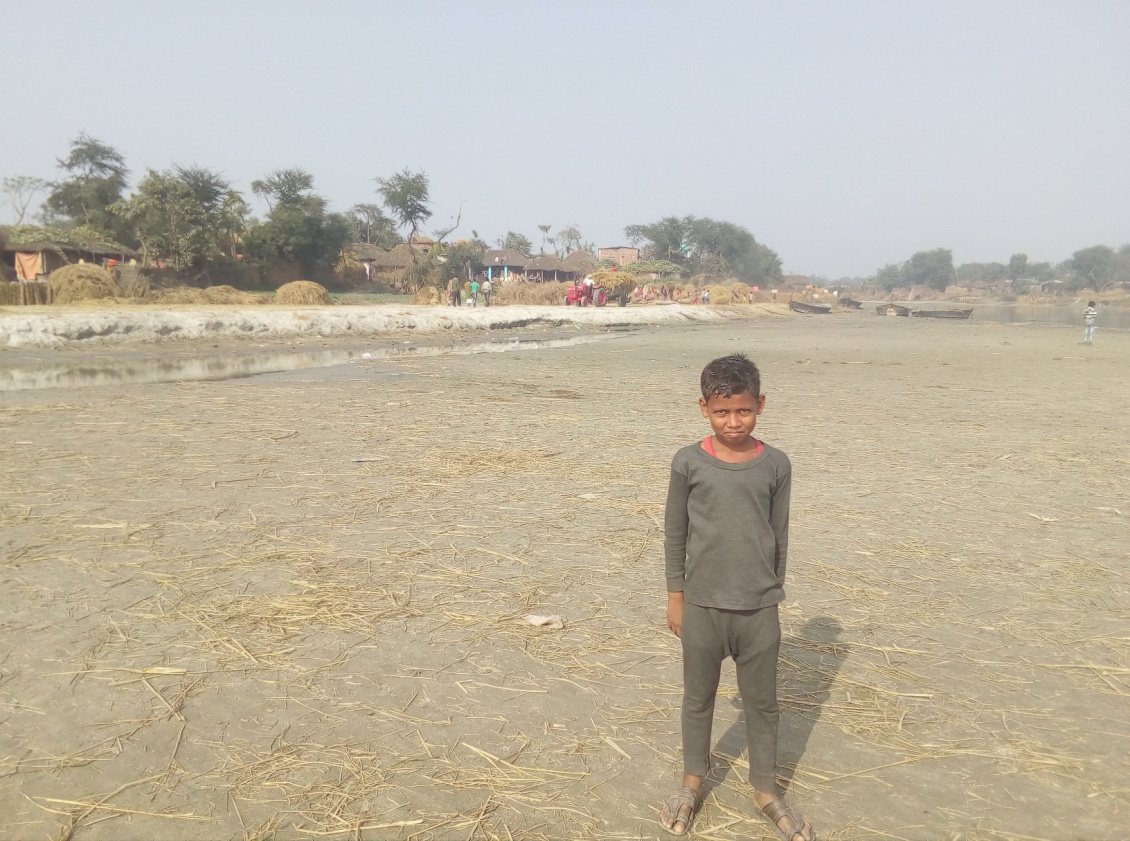 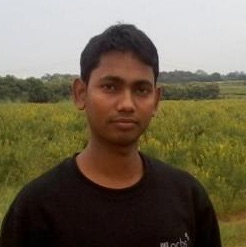 Ranjeet Kumar Sahani is a PhD student at the Ashoka Trust for Research in Ecology and the Environment, Bengaluru.

In a speech in 2014, Prime Minister Narendra Modi said, “We are living in the 21st century. The poor womenfolk of the village wait for the night, until darkness descends, to defecate in the open. Can’t we make better arrangements of toilets for the dignity of our mothers and sisters?” Two months later, he launched a campaign called Swachh Bharat Abhiyan to end open defecation throughout the country by 2019, together with the construction of 75 million toilets.

It is important to discuss Swachh Bharat Abhiyan now because the deadline of the mission is not very far. Also, the recent trend in terms of open defecation has been not-so-satisfactory for the ambitions of the mission started in 2014. This is because its success rate seems to be very low even though the program is supported by central and state government subsidies.

Building toilets may seem like an obvious solution to the problem of open defecation. However, a closer look at the people and their interactions with nature raises some serious questions about its feasibility and effectiveness. Consider, for example, the floodplain landscape in north Bihar, where the situation is more unusual.

In the Kosi region of north Bihar, the groundwater level is very close to the surface, so most people prefer to have their toilets farther away from home or they think defecation will contaminate their drinking water supply. A recent study conducted in the peri-urban area of Bengaluru found that seepage from soak pits actually contaminate groundwater, so it makes perfect sense for the people of Kosi to avoid building toilets near their homes.

The soil is so porous and sandy that building toilets is a challenge in itself. There also isn’t much of a difference in elevation between the village and its surroundings, so waterlogging is very common. Moreover, as the river channels shift through the year, villagers build protective ring bunds, but the seepage from these earthen dams creates more seasonal waterlogging. Kosi is a flood-prone area and using toilets means using more water – and with water getting everywhere, this could spell a public health disaster. Getting around during a flood can be nothing short of a nightmare for most villagers living inside the embankments. The people in Darhar village, Saharasa district (where I spent a few days as part of my PhD fieldwork), say that at least their homes should be dry.

The recent spate of floods in northeast Bihar and in West Bengal reflect the fragile nature of this landscape, where even national highways and railway tracks are washed away after a few days of rain. The Kosi and Kamala river embankments, and the NH57 and SH11 highways, crisscross the entirety of north Bihar, across its full breadth, and block the natural flow of water from the north to the south. 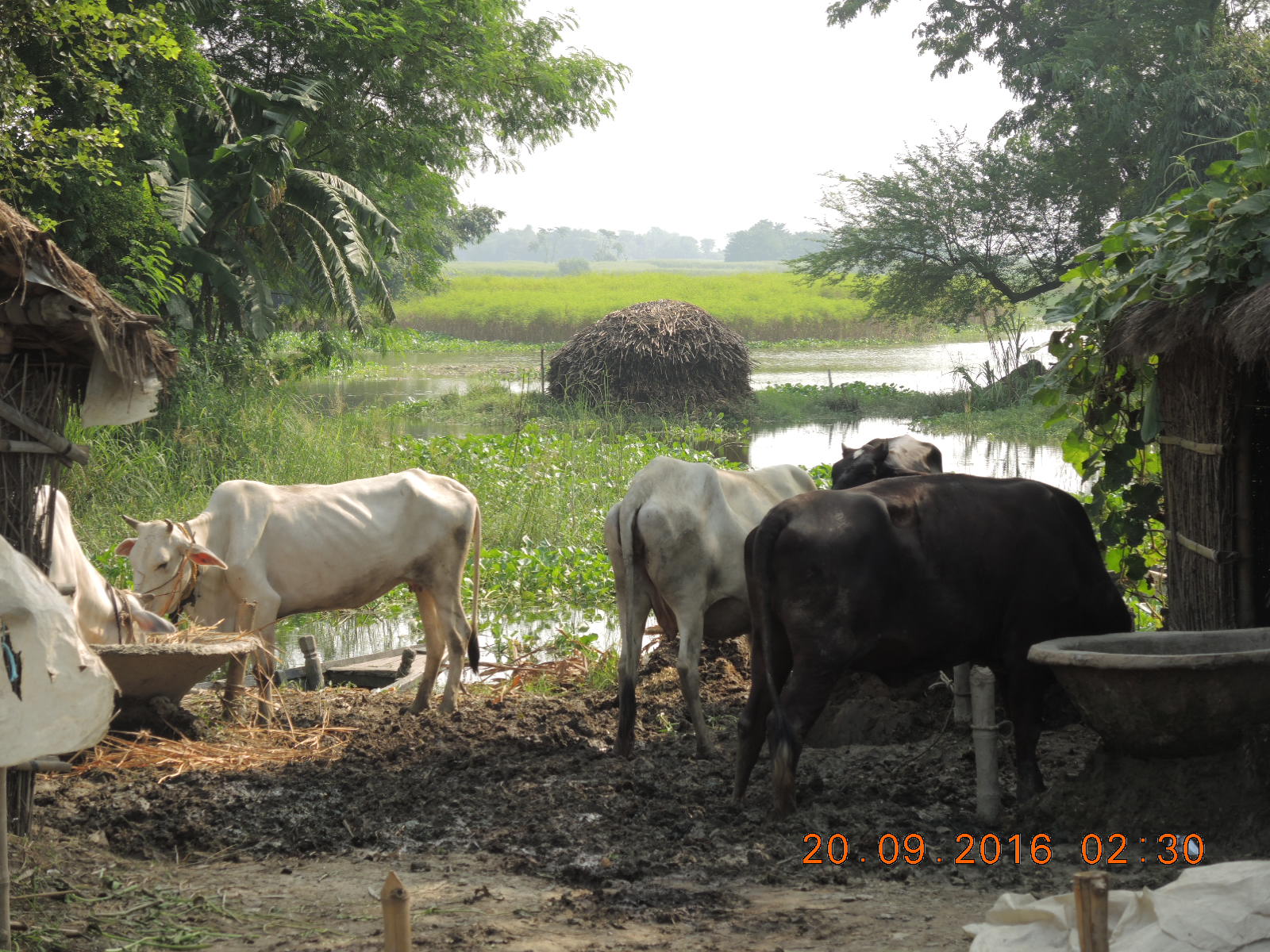 A waterlogged patch of land in a village in Kosi. Credit: Ranjeet Kumar Sahani

This has precipitated a drainage congestion inside the Kosi and Kamala embankments, which in turn has created an almost-perpetual situation of waterlogging in the region. Overall: homes flood easily and badly, often requiring costly repairs. The soak pits also flood with water seepage, making it more expensive to maintain a toilet throughout the year.

An obvious solution that comes to mind, then, is a sewage line to contain the seepage from toilets as well as the water contamination in the villages to some extent. They can designed and implemented at a village level by adapting to local elevational differences and with community involvement. The latter is important so that residents don’t feel left out of decision making and also so they become more proactive about maintaining the line.

Apart from geographical challenges, the social and cultural practices of women pose challenges as well. In spite of all the logistical issues faced in the absence of a working toilet, it is often the women who are quite reluctant to use an in-house facility. They argue that leaving the house’s premises to answer nature’s call is the only time when they can go out, meet other women and forget about their daily household chores for some time. One woman in Darhar said, “If we start using toilets, we would be trapped in our own homes.” According to another: “We do not want a toilet near our home because we cook food, eat and sleep in the open.”

Moreover, cleaning toilets is a taboo activity and is associated with a lower caste status in Bihar. This is why many people seldom use a toilet even if there is one. In fact, a recent book, Where India Goes by Diane Coffey and Dean Spears, found that this association presents a significant barrier in India that limits the use of toilets.