The reappearance of these turtle hatchlings may be related to an ongoing, two year-old citizen initiative to clean up the Versova beach 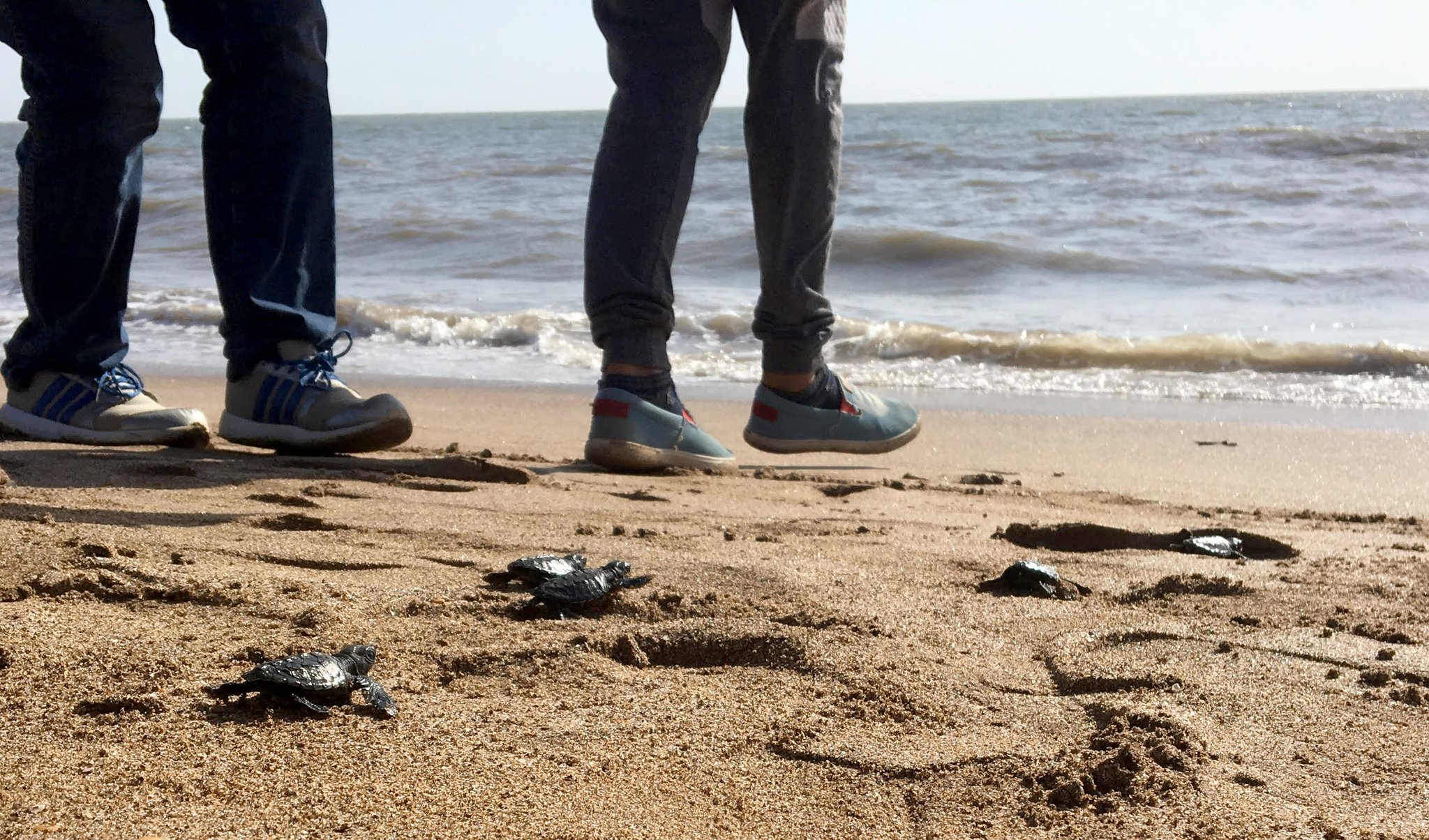 On March 21, about 80 olive ridley turtle hatchlings beelined from the Versova beach in Mumbai towards the Arabian Sea. According to anecdotal accounts, it is the first sighting of olive ridleys in Versova after 12-15 years. This event in India’s financial capital is now being tied to a recent beach cleaning campaign.

Versova is one of the most polluted beaches in Mumbai. Troubled by the mounting debris on the shore, Afroz Shah, a lawyer, launched a citizen-based weekend clean-up program in 2015. Shah and his team have since cleared about 5 million kilograms of debris from a 2.7 km shoreline. In doing so, they have cleared patches that were littered with plastic and other wastes. The timing of the events – cleaning on the one side and appearance of the turtles after almost a decade on the other – suggest that the two may be linked.

“Plastic litter is a menace for nesting turtles. It hinders [their] digging through the sand,” Biswajit Mohanty, the director of Operation Kachhapa told The Wire. Operation Kachhapa targets turtle conservation across the sprawling 460 km long coastline of Odisha. This region is the largest nesting ground for olive ridleys in India: each year, about half a million olive ridleys from all over the world come to nest here.

“The turtles look for conducive conditions when searching for a nesting site. A nesting site generally would have the right kind of soil, temperature and would be at a height above the tide line,” Shaunak Modi, a member of the first responders group, told The Wire. It is likely that clearing the garbage has freed areas where the mothers can make nests. 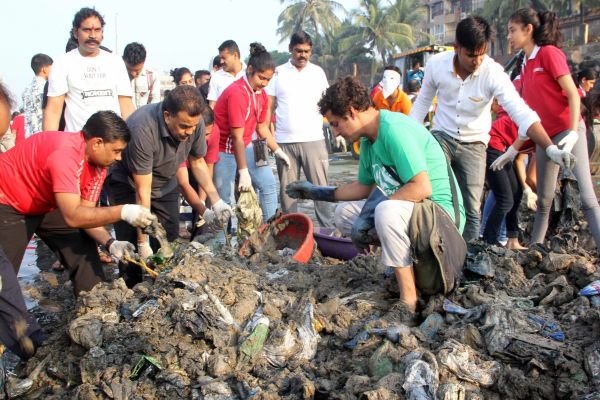 Volunteers of the Versova cleaning first spotted the turtle hatchlings and informed members of the first responders group. Modi, who is a first responder for Juhu and Versova beaches, is usually contacted if a marine animal washes up on the shore. “My responsibility then is to alert the forest department and ensure that necessary action is carried out”,  he explains. “But this was the first positive call of my life”.

He, along with the Versova Resident Volunteers, then ensured that the hatchlings entered the sea safely. The event was celebrated with a lot of enthusiasm because sea turtles are proxies for healthy marine systems. But even as the hatchlings created much awe, experts are sceptical about what it means.

“Olive ridley turtles are the most abundant sea turtles in the world”, M Muralidharan, the field director of the biodiversity and resource monitoring programme at Dakshin Foundation, told The Wire. These turtles nest in many pockets all along the coast of India. “The reason they have avoided the Versova beach could be due to a combination of pollution and the decline in the migratory populations”, he said.

An important point to bear in mind is that Versova was never a major nesting ground for olive ridleys. About 90% of the Indian olive ridley population nests in Odisha at the Gahirmatha and Rushikulya beaches. Here, the government and NGOs work with local communities to conserve these turtles.

But what’s more confounding is the reported period of the turtles’ absence. “Where is the number [20 years] coming from? I have read literature records of olive ridley nesting in this area in the 2000s,” said Muralidharan.

Mohanty is also of the same opinion. “It is possible that when the beach was not as dirty, say 5 years ago, the turtles could have nested in the area but nobody noticed,” Mohanty told The Wire. “Unless beach monitoring is carried out every evening, sporadic turtle nesting can go unnoticed.”

In any case, a single sighting of the turtles doesn’t tell us a lot. “It could also be a chance event,” Muralidharan said. 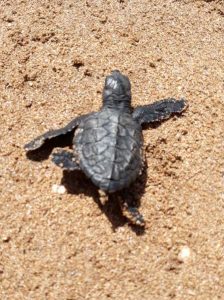 Olive ridley hatchlings use the reflection of the sun and the moon on water to navigate their way into the ocean. Credit: Afroz Shah/Twitter

But now that the turtles are here, the need of the hour is to sustain their numbers. It is essential to protect any remaining nests from the predators. It is also important to prevent nest trampling during incubation so that the hatchlings can emerge safely and return to the sea. Members of the Versova Resident Volunteers have been working to this end. They are planning to keep a vigil in the area for any other hatchlings that might emerge.

Both Mohanty and Muralidharan suggested dimming the lights in the area to ensure the safety of hatchlings. Olive ridleys rely on the reflection of the sun or the moon in water to navigate towards the sea. But bright lights in the area can confuse them and attract them towards the city instead. This can be fatal because hatchlings moving landward have to face a bevy of threats. They are in constant danger from predatory birds like crows and kites. They can also die of exhaustion and desiccation due to the hot sun, Mohanty explained.

The aftermath of turtle sightings also poses another important question- can the turtles be maintained along with tourist activity?

“Definitely!”, remarked Muralidharan. He cites the example of two popular tourist destinations in Chennai – the Marina beach and the Besant Nagar beach – to make his point. Here, the Students Sea Turtle Conservation Network has been monitoring sea turtle nesting since 1988. These beaches receive more than 150-200 nests every year despite lots of human activity and pollution.

“I think the larger issue is to deal with the lack of attachment that most urban-dwelling folks have with nature in their own backyards. This disconnect has led to a false notion that humans and wildlife can’t coexist,” Muralidharan said. “In such situations, even small encounters end up seeming so surprising and unlikely that people find it unbelievable.”

Modi believes that there is also a disconnect between the scientists and the general public. Another initiative called the Marine Life of Mumbai seeks to fill these gaps.

Marine Life of Mumbai is a joint venture of three people: a former kayaking instructor, a marine biologist and an academic researcher. Together the group arranges walks along the shoreline to showcase the expanse of coastal marine life in Mumbai’s intertidal zone.

The group believes that while large animals like tigers and leopards garner a lot of attention, the smaller creatures rarely share the spotlight. “People are not even aware that they exist. We are trying to reduce this by organising monthly walks,” explained Modi, who is also a member of the Marine Life of Mumbai.

On these walks, people get to see lesser known marine life-forms. There are several interesting and diverse marine animals found in the region. Members of the Marine Life of Mumbai have documented around 220 different species skirting the shoreline of Mumbai. “The ultimate aim is to show the people what is at stake and how they are the stakeholders in the process,” Modi told The Wire.

The extent to which pollution affects olive ridley nesting in Versova remains arguable, but the event has initiated a dialogue around conserving and valuing nature. Modi said, “It has been very encouraging for the volunteers of the Versova cleaning campaign and will attract more participants to the program.”

“But the single instance of turtle nesting should not be the benchmark for the cleaning program”, said Muralidharan. “If this inspires more beaches to be cleaned up then that is a more positive outcome than finding a single nest on the beach.”