'Not the Right Forum': Experts Back India's Stance on Climate Change at UNSC

India said the UNSC represents only a few countries, many of which have had a huge role in contributing to climate change historically. 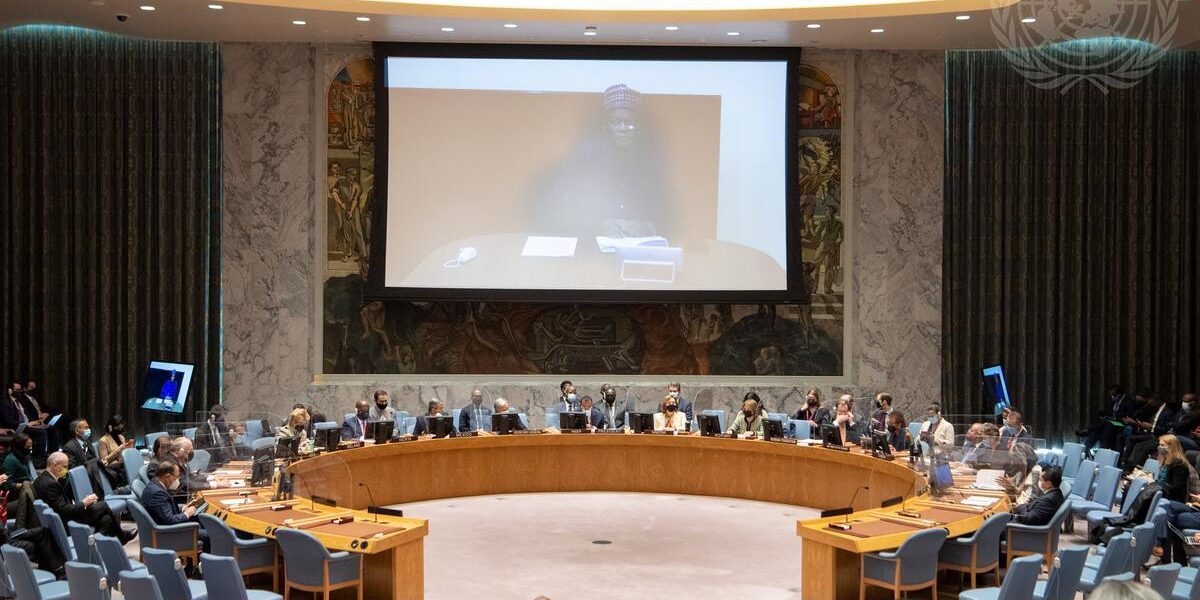 The UNSC during the discussion on climate change. Photo: un.org

Kochi: Backing India’s stand that the United Nations Security Council was not the ‘right forum’ to talk about climate change, experts called India’s vote in the Council against a draft resolution that sought to link climate change with global security challenges a ‘rational’ one.

On December 13, Niger and Ireland moved a draft resolution at the United Nations Security Council (UNSC).

This called on UN Secretary General António Guterres to include climate-related security risks as a “central component into comprehensive conflict-prevention strategies of the United Nations, to contribute to the reduction of the risk of conflict relapse due to adverse effects of climate change”, according to a press release by the UN. Russia (a permanent member of the UNSC) vetoed the resolution.

India voted against the resolution, saying it would “securitise” the issue.

But India had more to say.

Bringing climate change under the ambit of the UNSC (which has only 15 member states, of which only five are permanent) would mean that decisions can then be taken by a few states – most of which are the main contributors of climate change, historically – without involving most developing countries and without recognising consensus, India’s representative at the UN, T.S. Tirumurti said.

The Security Council is therefore not the place to discuss this, he added.

‘Not the right forum’

“Climate change is a concern that affects the whole of humanity and you can’t have a discussion on this in another forum which does not have universal representation,” agreed former diplomat Chandrashekhar Dasgupta, who has served as India’s ambassador to the European Union, China, among other countries and is an emeritus distinguished fellow at the Delhi-based Energy and Resources Institute.

Secondly, this does not conform to the provisions of the UN Charter, Dasgupta added. The UN Charter is the founding document of the United Nations that is binding on its member states.

It provides that the Security Council is meant to deal with situations that could lead to war in the near or proximate future; not for something that could lead to conflict over decades or longer. The Council also has powers, under Chapter 7 Article 42, to actually use force in order to give effect to its decisions and its enforcement position, Dasgupta said.

“It will be absurd to think of a situation which will enable the Security Council to take enforcement decisions in a matter concerning climate change when the permanent members include countries which have the greatest historical responsibility for precipitating climate change.”

Indeed, unlike in the Security Council, every country has an equal vote under the UNFCCC, said economist Dr. Vaibhav Chaturvedi, who works on energy and climate change mitigation policy issues at the Delhi-based Council on Energy, Environment and Water (CEEW) and has been a part of government committees on energy and climate policy.

Power, therefore, is equally distributed. “If climate change comes under the purview of the UNSC are we saying that the permanent members would have a higher say in who will do what, or who will mitigate more?” Chaturvedi asked.

Moreover, all countries have very different economic and technical capabilities, even in terms of understanding the climate change issue, mitigation and adaptation actions and so on, he added. It is a heavily political issue in terms of the global climate polity.

“So India’s stand is very reasonable and rational,” he said. 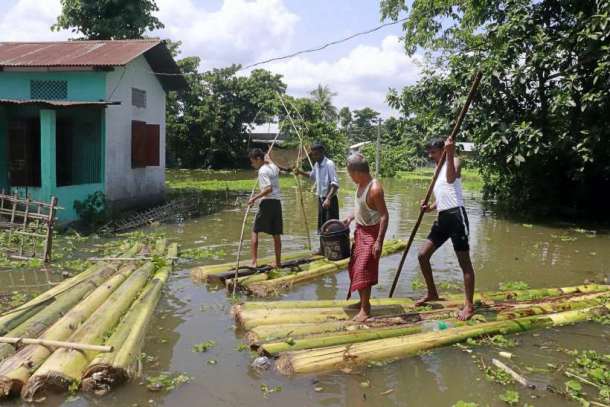 This conversation regarding climate change – and everything related to it, including conflicts which are likely to come up in the future – should have been undertaken in the UNFCCC and not in the UNSC which represents only a very few countries, added Swati D’souza, an independent researcher who studies energy transition and climate policy.

“That’s where the conversation around climate justice also comes into play, because you are excluding a whole lot of the population from this and it is against the idea of inclusion,” she said to The Wire.

There is global warming so its physical impacts on countries in terms of hurricanes and risks is definitely going to lead to some form of conflict, she said.

“However, it can be addressed under the adaptation framework [of the UNFCCC, which aims to strengthen action on adaptation to climate change in developing countries through international cooperation] which can guide the process to address even climate-related conflicts,” she explained.

Climate change has often been framed as a global security threat that can cause conflict in countries. Scholars have noted how “climate change has become ‘securitized’ in some policy circles, if understood to mean the (re)framing of climate change from an environmental and/or developmental issue to a matter of security”.

Indeed, climate change and its impacts have security implications, and increasingly so as climate impacts can lead to social disruptions worldwide, but the UNSC is not the place to make climate decisions, commented Dr. Navroz Dubash, professor at the Delhi-based Centre for Policy Research, who works on climate change, energy, air pollution, water policy, and the politics of regulation in the developing world.

While it is worth continuing to think through the implications of climate change for security, this should not displace the UNFCCC as the primary forum for climate governance because it is the best hope for balanced consideration of all aspects of the climate problem, including adaptation and loss and damage, Dubash pointed out.

FILE PHOTO: An iceberg floats in a fjord near the town of Tasiilaq, Greenland, June 24, 2018. Photo: Reuters/Lucas Jackson/File Photo

“A forum dominated by richer countries, like the Security Council, would likely marginalise some of these concerns. There is increasing discussion of limiting climate governance to fewer countries through ‘climate clubs’ to win broader agreement and spur more action. But this, by definition and intent, reduces the scope of concerns and voices. Being undemocratic in decision making is a very high price to pay, even for an issue as serious as climate change,” he said.

My concern regarding the securitisation of climate change is whether it will offer the right solutions, said Ulka Kelkar, director of climate at the World Resources Institute, India.

“When you start looking at climate change as a militaristic risk and define a problem in those terms, you will come up with solutions also from that perspective,” said Kelkar. “And the solutions might be such that they actually restrict local decision making over the same natural resources you are trying to protect.”

Which is why the forum you discuss the problem in plays a big role in how the problems are defined and what solutions are found, she said.

With the UNFCCC, decades of discussions take into account that different countries have different levels of responsibilities for each problem. But when you bring in a security lens, there is no room for nuance in who is responsible and who is not, she added.

This isn’t the first time that climate change is being discussed in the UNSC, pointed out Kelkar.

Indeed, the first ever such instance was in 2007, when the UNSC heard over 50 speakers to debate on climate change and its impacts on peace and security. The United Kingdom’s Foreign and Commonwealth Office (the Ministry of Foreign Affairs) “hatched the idea to hold a first-ever fully devoted debate on the topic of climate change in the UN Security Council in 2007 and actively pushed for it to happen”, write researchers in a paper on the securitisation of climate change.