Heavy rains are expected to lash Tamil Nadu, Puducherry, and parts of Andhra Pradesh and Telangana as the cyclone will cross the Tamil Nadu and Puducherry coasts between Karaikal and Mamallapuram on the late evening of November 25, 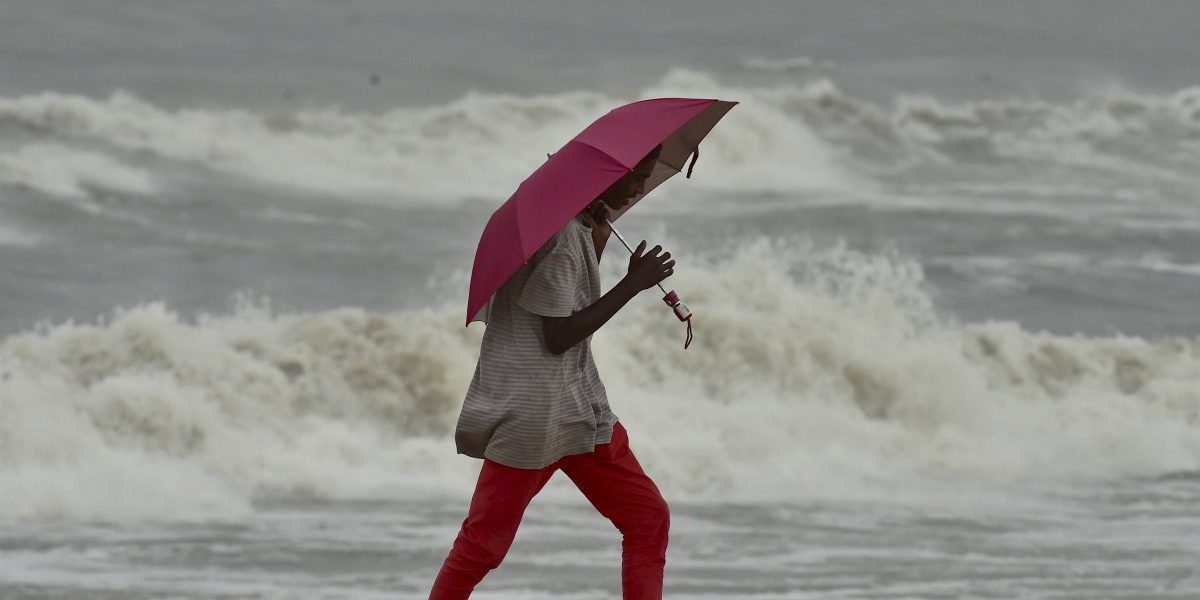 A man walks along the shore before the landfall of Cyclone Nivar at Marina Beach in Chennai, Tuesday, November 24. Photo: R Senthil Kumar/PTI.

Preparations are in full swing with 1200 National Disaster Response Force (NDRF) personnel have been deployed in Tamil Nadu, Andhra Pradesh and Puducherry.

The IMD had initially predicted that Cyclone Nivar was likely to intensify into a ‘severe cyclonic storm’ but has now estimated that it will intensify further.

Nivar is the second cyclone in the Bay of Bengal this year. In May, Cyclone Amphan had developed into a ‘super cyclonic storm’.

“Our forecast is, it will intensify into a very severe cyclonic storm by (Tuesday) tonight. It is very likely to cross Tamil Nadu and Puducherry coasts between Karaikal and Mamallapuram around Puducherry during November 25th late evening as a very severe cyclonic storm with a wind speed of 120-130 kilometres per hour gusting to 145 kmph,” Mohapatra said.

Besides strong winds, the cyclone is also expected to bring heavy rains. The IMD has issued red alert for coastal and north interior Tamil Nadu, Puducherry and Karaikal, for November 25.

He added that cyclone leads to multi-hazard scenario. In event of the cyclone, there could be serious damage to thatched huts, disruption of power and communication lines, damage to roads, uprooting of trees. There could be damage to horticulture crops like banana and papaya.

The IMD has also suggested total suspension of fishing operations and motorboats and small boats, shifting of people residing in coastal areas to safer places, judicious regulation of road, air and rail traffic.

NDRF chief S.N. Pradhan said they are prepared for a “high level of intensity and the worst form” of the cyclonic storm as it surges from the Bay of Bengal towards the southern coastline. 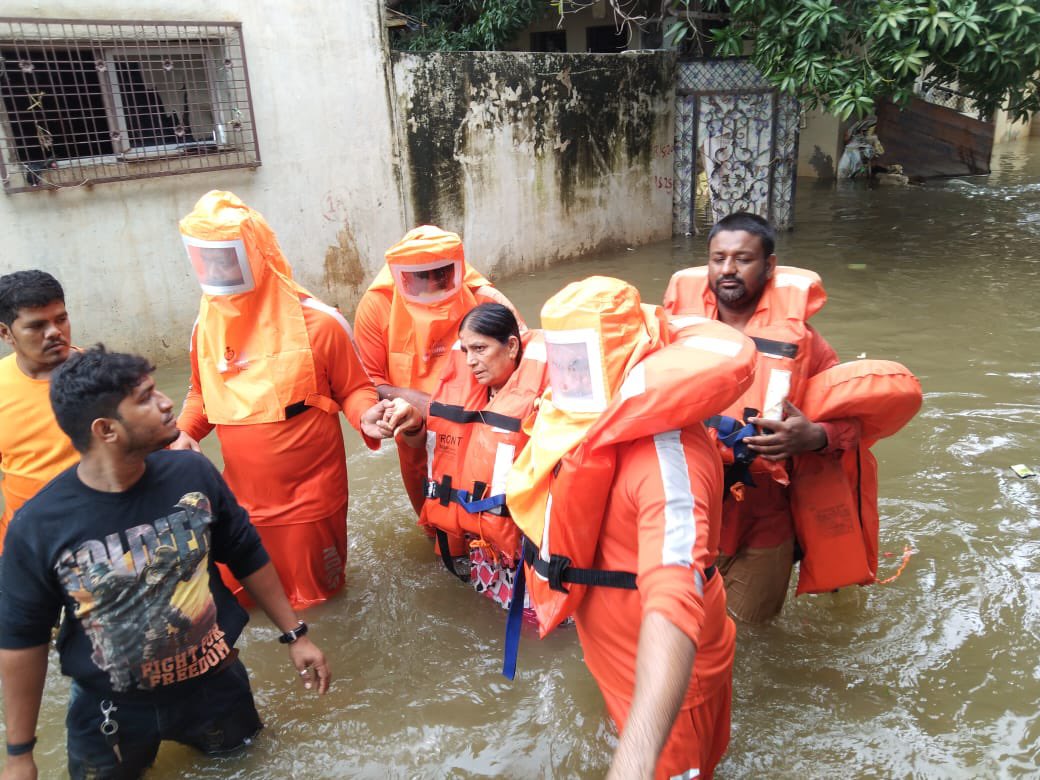 “We are keeping a close watch on the development and we are coordinating with the affected states,”he told a press conference here.

“It is a rapidly developing situation and it could take the shape of a very severe cyclonic storm that has a speed of about 120-130 km per hour.”

With heavy rainfall of 11-20 cm expected in south coastal and Rayalaseema districts under the influence of Nivar, Andhra Pradesh chief minister Y S Jaganmohan Reddy on Tuesday asked the district collectors to be on a high alert and take all necessary precautionary measures to prevent damage.

The Chief Minister held a video conference with collectors of SPS Nellore, Prakasam, Guntur, Krishna, Chittoor, Kadapa, Kurnool and Anantapuramu districts and reviewed the situation in view of the cyclone.

Though the cyclone would make its landfall in Tamil Nadu, heavy rains were likely in south coastal and Rayalaseema districts from Wednesday evening, the Chief Minister said.

Winds with speed ranging from 65-75 kmph are also likely. We have to be geared up for this,” the Chief Minister told the Collectors.

Jagan asked Collectors of SPS Nellore, Chittoor and Prakasam districts to concentrate on opening relief camps wherever required for moving people to safety.

Prime focus should be on preventing loss of lives and damage to properties, he added.

Meanwhile, the State Disaster Management Commissioner K Kanna Babu said in a release that two teams of SDRF and one of NDRF were positioned in SPS Nellore district while SDRF teams were also sent to Prakasam and Chittoor districts.