The tribunal has left it to the erring authorities to deal with the illegalities. 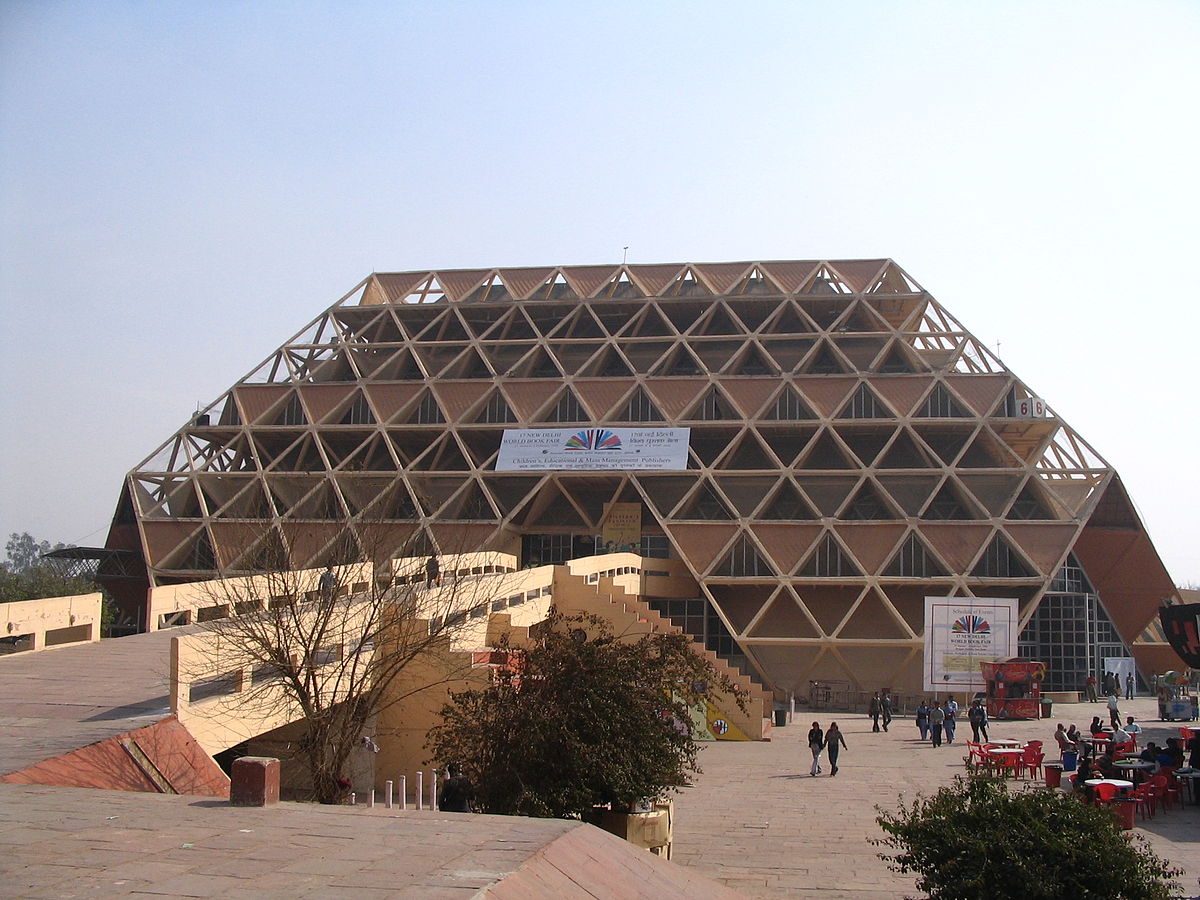 Raj Rewal's iconic Hall of Nations at Pragati Maidan in New Delhi, destroyed to make way for a new exhibition complex despite protests from architects around the world. Photo: Kprateek88/CC BY-SA 3.0

New Delhi: In a precedent-setting order, the National Green Tribunal (NGT) gave the go-ahead to the redevelopment of the ITPO complex at Pragati Maidan, Delhi. The nod came despite the fact that the project had taken off without statutory clearances under the Air (Prevention and Control of Pollution) Act, 1981 and Water (Prevention and Control of Pollution) Act, 1974.

The project had not secured these two statutory clearances even on the date of the judgement by the principle bench of the tribunal lead by its chairperson Adarsh Kumar Goel on October 24.

The order sets a precedent with the NGT refusing to initiate any penal action when a project developer is found to have carried out work without statutory clearances, instead handing the onus back to the erring authorities.

The NGT concluded that the environmental clearance was in line with regulations, but it also assessed that the petitioners were right – the consents under the air and water pollution laws had not been secured by the project developers even as they continued construction.

But it refused to order any penal action against these violations and the lack of two clearances. It concluded, “In our considered opinion, violations of the (laws)… are governed by the provisions contained in the statutes that stipulates the consequences therefor and it is for the regulatory authority to take appropriate actions.”

Even though more than half the construction on the project has been completed without the statutory orders, the NGT said people could go to court over these violations only once the authorities decide retrospectively on the consent under air and water pollution laws.

The law itself does not provide for the retrospective grant of these consents.

The redevelopment of Pragati Maidan in the heart of Delhi, within a kilometre of the apex court and the NGT, commenced in April 2017 with the demolition of existing structure. The court noted that the project proponent had applied for one of these clearances only in 2017. For another clearance, records show the project developers applied for it only in September 2018, that too after the NGT authorities asked for the status of all clearances. Initially, the government said the clearances were in order, only to come back to the tribunal in October 2018 to admit that the project had carried on without the clearance so far. But the NGT has again left it to the authorities to decide what to do with these violations.

The decision of the NGT marks a substantial step away from its earlier interpretations of the air and water pollution Acts and its own powers. In August 2018 itself, the same bench of the NGT had passed a judgement involving the violation of the air and water pollution laws. It involved industries running in violation of these laws and polluting the river water by dumping hazardous material in the districts of Uttar Pradesh. The court had pushed for the filing of police cases. In that case, the tribunal had recounted that the laws provided for strict penalties and jail terms, and ordered that criminal prosecution of erring industries be carried out.