Some Questions About Justice Goel's Tenure at the NGT

In the eyes of many experts, the tribunal has effectively gone from being a formidable ally of civil society to a weakened public institution. 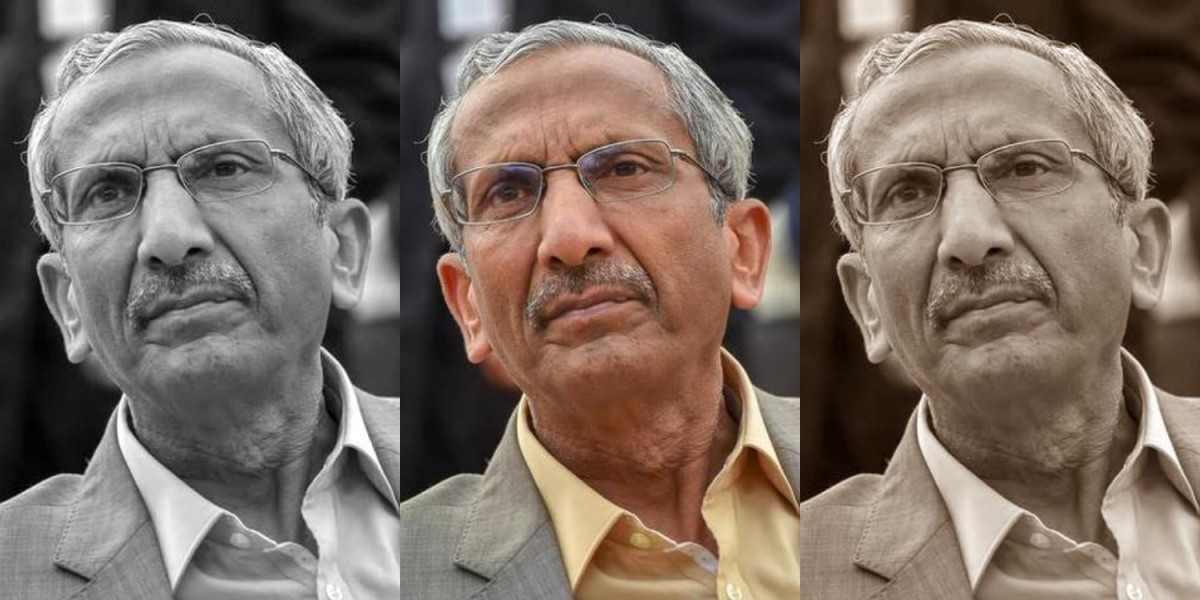 Justice Adarsh Goel, retired Supreme Court judge, was appointed chair of the National Green Tribunal (NGT) for a period of five years in July 2018. He stepped into the shoes of Justice Swatanter Kumar, who passed several landmark decisions including a ban on 10-year-old diesel and 15-year-old petrol vehicles; the demolition of illegal hotels in Himachal Pradesh; and a ban on plastic items in Delhi, Haridwar and Punjab.

Goel’s appointment as chair was notified within a few hours of his retirement from the Supreme Court. Before that, the NGT had operated without a chair for six months. Pertinent matters of air pollution, rejuvenation of the Ganga and Yamuna rivers, challenge to various redevelopments projects in Delhi and the Volkswagen emission fiasco were pending before the tribunal, making this long vacancy questionable.

Also, his selection is ironic in light of a hearing that took place in the Supreme Court two months prior to Goel’s appointment. In the hearing, senior advocate Arvind P. Datar presented a concept note stating:

… the tribunals should not be heaven for retired persons and appointment process should not result in decisions being influenced if the government (is) itself a litigant and the appointing authority at the same time. There should be restriction on acceptance of any employment after retirement.

The entire bench tacitly agreed to the assertions in the note. While the NGT Act doesn’t mandate a minimum time interval between the retirement of a chair and the appointment of her successor, the Supreme Court did implicitly agree to this as a pertinent consideration in cases of appointment of chairpersons of tribunals.

This controversy was further stirred by allegations of opposition party members and protests by the Dalit community. The Congress party alleged that the Narendra Modi government had “rewarded” the retired judge for diluting the SC/ST Act by imposing safeguards to avoid immediate arrests of public officials and ‘unnecessary’ misuse of the provisions of the Act by SC/ST groups. Goel’s verdict emerged in the case triggered by the death of ten Dalits and injury of eight more by police officials and upper caste members. It prompted heavy backlash from the Dalit community after police officials charged under the Act were released.

While the opposition left no opportunity to link this decision by Justice Goel with his appointment, the Dalit community objected to the removal of Goel as the head of the Supreme Court panel in the SC/ST case.

In contrast to his actions on the SC/ST issue, one could examine other significant pronouncements by the judge. In his previous Supreme Court orders, Goel directed Jagannath Temple authorities to deny access to the temple based on faith or gender. He had been instrumental in invalidating the ‘triple talaq’ Muslim divorce practice. He had also propounded the importance of judicial independence while helping to declare the National Judicial Appointments Commission unconstitutional because it wrongly empowered the executive to influence the appointment of judges.

Reviewing his term as chief

Be that as it may, it has been over three months since Goel became the NGT chair, three months in which confidence in the institution has waned. While Goel has seemed impatient with industrial offenders and environmental polluters, he has also said that about half of all petitions before the tribunal had been filed by “blackmailers”.

This transformation was advanced by the Finance Act 2017. The NGT chairperson used to be appointed by the Chief Justice. But thanks to the Act, this important responsibility was transferred to the Ministry of Environment, Forests and Climate Change, virtually bringing the tribunal under the purview of the environment minister.

Rajeev Suri, an environmental activist who represents himself before the NGT, wrote that almost as a result of the “blackmailers” sentiment, “despondency has come to pervade the portals of Faridkot House, the home of the National Green Tribunal. … Once abuzz with activity by seekers of environmental justice, the tribunal now wears a forlorn look, its earlier vibrancy no longer visible.”

Goel has been quick to dismiss existing cases, not infrequently on very technical points and/or on merit, treat the government’s word as the last word and rehear cases that had already been heard and decisions on which had been reserved. He has also displayed a preference for palming off monitoring responsibilities to committees, which further delay cases even as environmental degradation continues on ground.

As Ritwick Dutta, a lawyer who practises before the NGT, wrote in September, Goel disposed of an “appeal … against the second airport in Mopa, Goa” with directions “to construct additional rainwater harvesting structures”. This, when the airport’s construction entailed “the felling of more than 55,000 trees, loss of tiger habitats and destruction of water sources”. Dutta continued, “Another appeal against a bio-ethanol plant in the ‘no development cone’ of Kaziranga National Park was dismissed on the ground that the appellants were a few days late.”

There have been some bright spots in his tenure. Recently, the Principal NGT Bench presided over by Goel directed the Uttar Pradesh Pollution Control Board (PCB) to prosecute 124 industries for polluting the Hindon river, of which 30 have been directed to shut down effectively immediately. The bench further required the board to provide compensation to the victims of contaminated water and air by the polluting industries. However, such spots are few and far between.

For example, Goel also took the unprecedented move of directing a ‘rehearing’ of 18 high-profile, complex cases whose judgements had been reserved by the bench. Prashant Bhushan, a senior advocate at the Supreme Court, called the move “very irregular”.

These include petitions challenging the Rs-11,700-crore Char Dham highway project in Uttarakhand and the selection of experts to resolve conflicting recommendations on the hydel power project on the Arunachal Pradesh-Assam border.

The Char Dham case is especially curious because the Supreme Court had ruled in August that the case could be reheard if necessary but without changing the NGT Bench. However, the NGT insisted the case would have to be heard with a larger Bench and proceeded to include Goel.

In the eyes of many experts, the tribunal has effectively gone from being a formidable ally of civil society to a weakened public institution. The chairperson’s tenure is for five years and it remains to be seen how the NGT with Goel at the helm will function in this period, but the start does not inspire hope.

Mitakshara Goyal is a final year student at Jindal Global Law School, Sonipat, Haryana, where Armin Rosencranz is a professor of law.

Note: This article was heavily edited on October 18, 2018, at 9:55 am to include additional facts about the NGT’s functioning and correct a factual error about the legal status of the Char Dham project.