The government knows what it wants to achieve where the environment is concerned, even if it is at the cost of the protection of ecosystems, and people’s livelihood and well being. 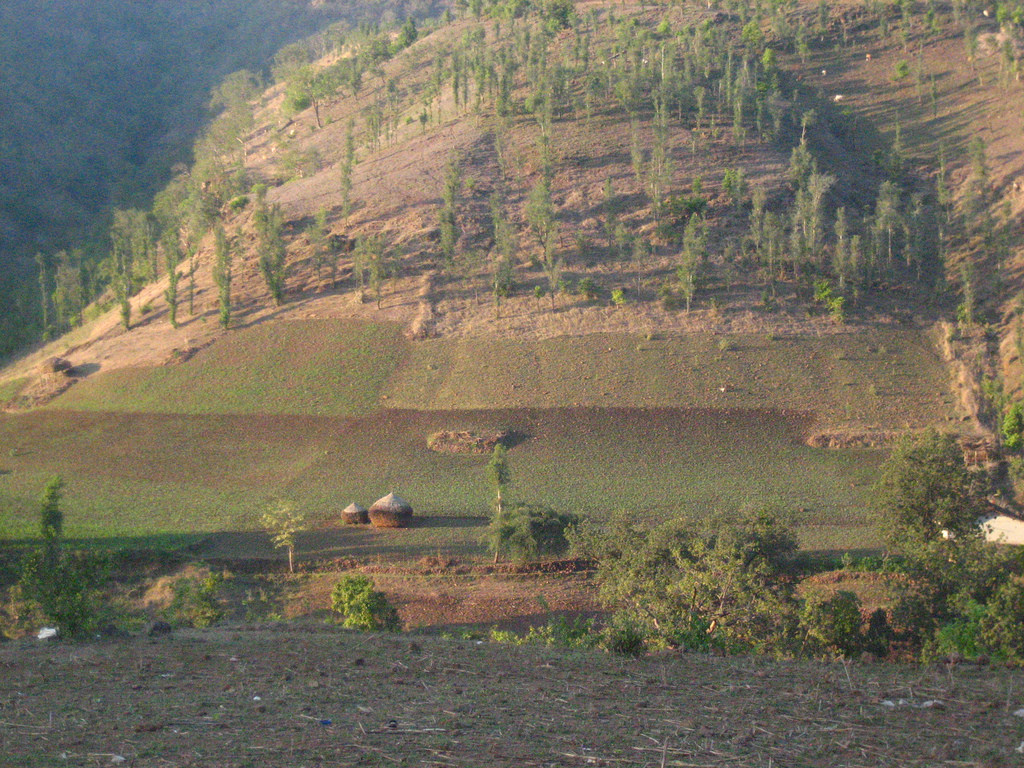 The last three years under the Modi government have seen the transformation of the environment from being a field of relative stability and inactivity, to functioning as an active instrument of capital accumulation. The sharp polarisation between extremely positive initiatives (like India’s assertive global position on climate change, ambitious forays into renewables and bills institutionalising water for life) and negative anti-people actions (especially decisions regulating natural ecosystems like coasts, forests and wetlands, and the eroding of people’s rights), is based on the government rationale to endorse everything that bodes well for business, new technology and international acclaim, even if this is achieved at the expense of the protection of ecosystems, conservation, people’s livelihood and well being.

Business development in the environment

The erosion of people’s rights caused by the government’s ‘development’ (or business development) initiatives, has been the most recurrent bone of contention over the last three years. Arguably, this mode of regulatory-business development is based on a command-and-control model whereby claims made by local community to the environmental commons are considerably eroded. Resources like land, air and water have come to be defined less by local ownership of ‘environment management practices’ and more by post-facto participatory public consultations.

The government is routing such practices through the system of Environmental Impact Assessment (EIA). The EIA is a critical constituent of responsible environmental governance and is a determining factor of how the balance between people, environment and industry will ultimately pan out. For instance, what happens when builders get automatic environmental clearance for online proposals pending more than a month, where there are no prior site checks? This is exactly what the Model Building Bye Laws do, which is just one among the many such prospective regulations.

While the UPA government, towards the end of its tenure and after being charged with policy paralysis, began distributing rapid-fire clearances to industrial projects, this government has systematised such manipulations as the norm. In the process, dispensing with the need to manipulate individual cases, by consistently working on the rules that have permitted companies to retrospectively apply for environmental clearance after their projects had already been launched. This allows violators an easy escape route – first commit violations and then cough up the payment, using the EIA route.

Under the present system, more hydropower units can be built on the Ganga, more land can be taken away from tribal forests to appease mining industries. Polluting construction projects along cities and coasts can easily get a go-ahead. Imagine this – already the 450 plus hydropower projects along the Ganga have adversely impacted 53% of its flow. And with the government planning more (remember the face-off between the ministry of environment, forest and climate change and the ministry of water resources), we can anticipate more devastating floods like those that took place in Chennai and Bihar.

This is not even a fraction of the massive problem facing the Ganga from various quarters, despite the Rs. 20,000-crore fund set-up by the government under the Namami Gange. However, the Namami Gange and the ‘water for life’ bills seem to be just part of the government’s rhetoric for political mileage.

Such practices have regularised a distorted system of environmental protection, where first the environment is damaged and then money is paid for committing the violations. This does not address the permanent damage done either to the environment or to the people affected by them. Meanwhile, businesses are guaranteed a backdoor entry into the system.

With this kind of a governance structure, the government is able to provide massive advantages to industries wanting to gain access in construction, or wanting to ‘develop’ the coastline. And all this is done in the name of the “people” and their interests. In providing access to industries to explore opportunities near port facilities, the government publicly states its intent to include the ‘development of coastal communities’ as part of the project. But such projects end up ignoring the people in the fishing villages, in addition to nearly a million plus people engaged in fisheries-related activities.

The government knows its business

From its environmental track record, one thing that emerges is the current government’s penchant for innovation, be that its earliest initiative – wanting to ‘reform’ (or dismantle) key environmental laws through the TSR recommendations – or the subsequent interventions that have, unfortunately, ended up in subverting the management of natural ecosystems, spanning forests, rivers, coasts and wetlands.

The rationale behind some of these policy ‘innovations’ does seem inexplicable. For instance, why do away with Central Wetland Regulatory Authority and devolve powers to states knowing that the latter are major violators of wetland conservation? It does away with EIA and shuts off citizens’ voices. Or, why come up with the controversial river-linking proposal or the Act to build navigable waterways knowing that it will adversely impact the hydrology and water flow? In Bundelkhand, it makes little sense to transfer waters from Ken to Betwa (even though Ken cannot be defined as a water surplus river), and then facing the consequence of having Betwa waters diverted beyond the region. Even the Central Water Commission was reluctant to give the go-ahead to this idea.

Such innovations can scarcely be explained unless we see in these moves the government’s intention to give fillip to new technologies, and make environmental governance an area that is essentially powered by businesses and innovative technologies. This means completely dispensing with any reliance on or engagement with traditional practices and local knowledge. Thus, far from being indifferent to, or confused, like the last government, the present government is overactive. It knows what it wants to achieve in environment.

Rivers and forests, like coasts, can become key areas for such interventions. Indeed, forests have been at the centre of many debates in the last three years. The government’s efforts to promote compensatory afforestation has been justifiably compared to a reversion to the draconian land acquisition laws of the colonial era. Similarly, other routes of such forced greening can be advocated for meeting India’s Paris commitments to increase green cover.

Unsurprisingly, India’s Paris commitments – and the fact that India has garnered international appreciation for heading the International Solar Alliance and assuming leadership in climate change negotiations. These have become feather’s in the present dispensation’s cap. The government justifiably has been credited for doing a lot in the field of renewable energy, for revamping India’s energy sector and departing from its predecessor’s opaque functioning and corruption.

These isolated piecemeal positive policies, however, stand in contradiction to the government’s overall track record on environment and policies that adversely impact people. For instance, even while approving two water bills to please farmers, the government has simultaneously implemented an adverse export-import policy, lowering procurement prices even during a bumper harvest. It has also not taken the discussion on farmers’ distress beyond loan waivers.

Its overall track record shows that this government is active. It knows exactly what it is doing. It is therefore not contradicting itself when it approves a slew of regulations to project itself in a favourable light to foreign investors farmers. While at the same time, it has transformed the environment sector from the bureaucratic, corrupt and lethargic field that it was under the previous regime, to facilitate active capital accumulation. Arguably, environmental governance, in the last three years, has transformed into a convenient green growth strategy.

Garima Maheshwari works at the Institute of Peace and Conflict Studies, New Delhi.