Ground Report: Entire Families Have Perished in the Kerala Floods and Landslides

"I felt I was still about to die," said Prasad, a resident of Pathar village who lost his bakery and grocery shops to the landslides in Kerala.

Nilambur/Kalpetta, Kerala: A young man who has lost all six remaining members of his family, a trader who has lost his source of livelihood, a salesman whose house has been completely swept away by a stream: these are some of the people at the panchayat in Pothukal, a village located near the Western Ghats. On August 8, as heavy rains hit the region, parts of a huge mountain collapsed over the village, burying more than 50 people alive.

After six more bodies were recovered on Sunday, the death toll reached 46. The other 13 are still missing under the mud, rocks and trees unleashed by the landslides. The search operations conducted jointly by the state police, fire and rescue services, NDRF and civilian volunteers continue. 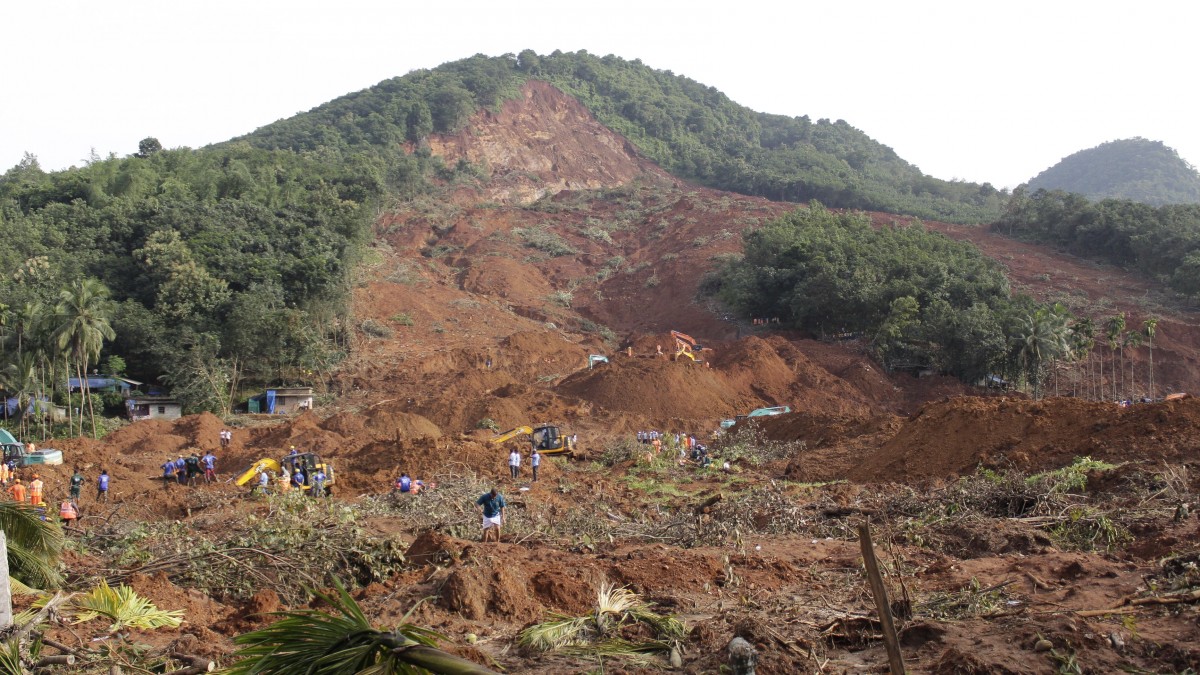 Search operations in progress at Kavalappara in Kerala on August 17, 2019 after landslides. Photo: Aswanth S.M.

However, even the efforts of a team from the National Geophysical Research Institute (NGRI), Hyderabad – who joined the operation on Sunday with a ground-penetrating radar (GPR) system – could not yield the expected results, according to local media reports. 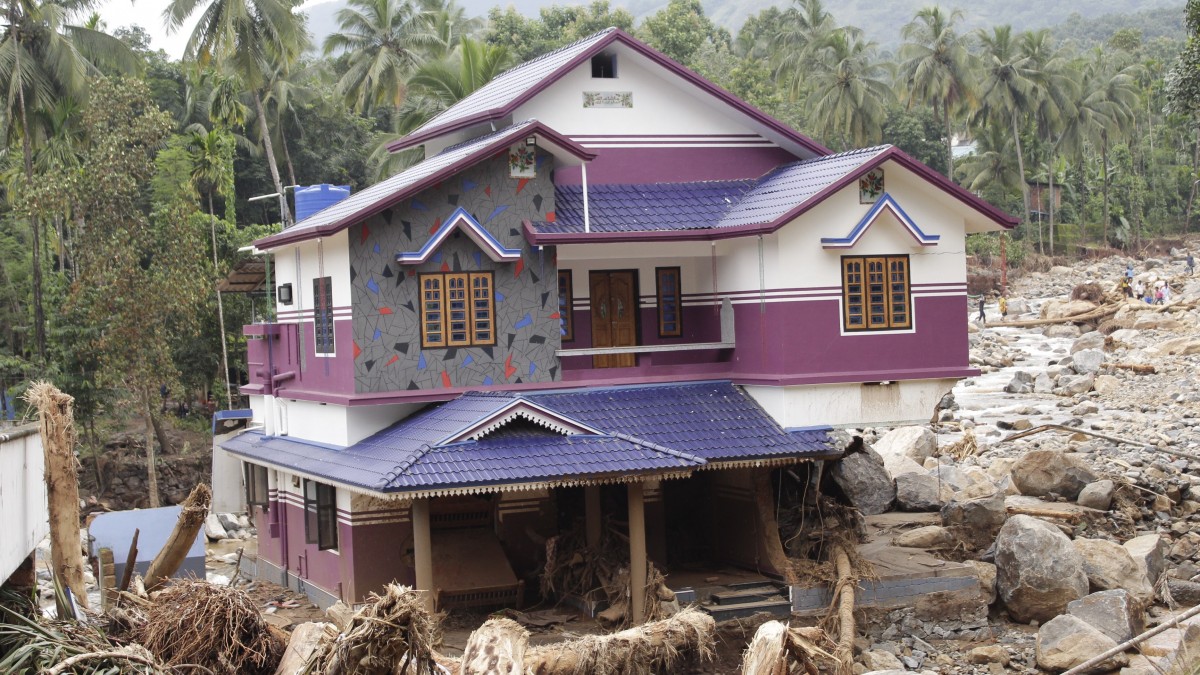 The Wire visited these sites on Saturday to ascertain the situation in the village and how the lives of the locals took a drastic turn after August 8.

At Pathar, rockfall, mud and trees had replaced houses, shops and other establishments that were a part of the village.

Locals claim that many houses and shops in Pathar have completely disappeared. The landslide on August 8 left no trace of several buildings in the area that existed until that fateful afternoon. The house belonging to Abdutty was one of them. 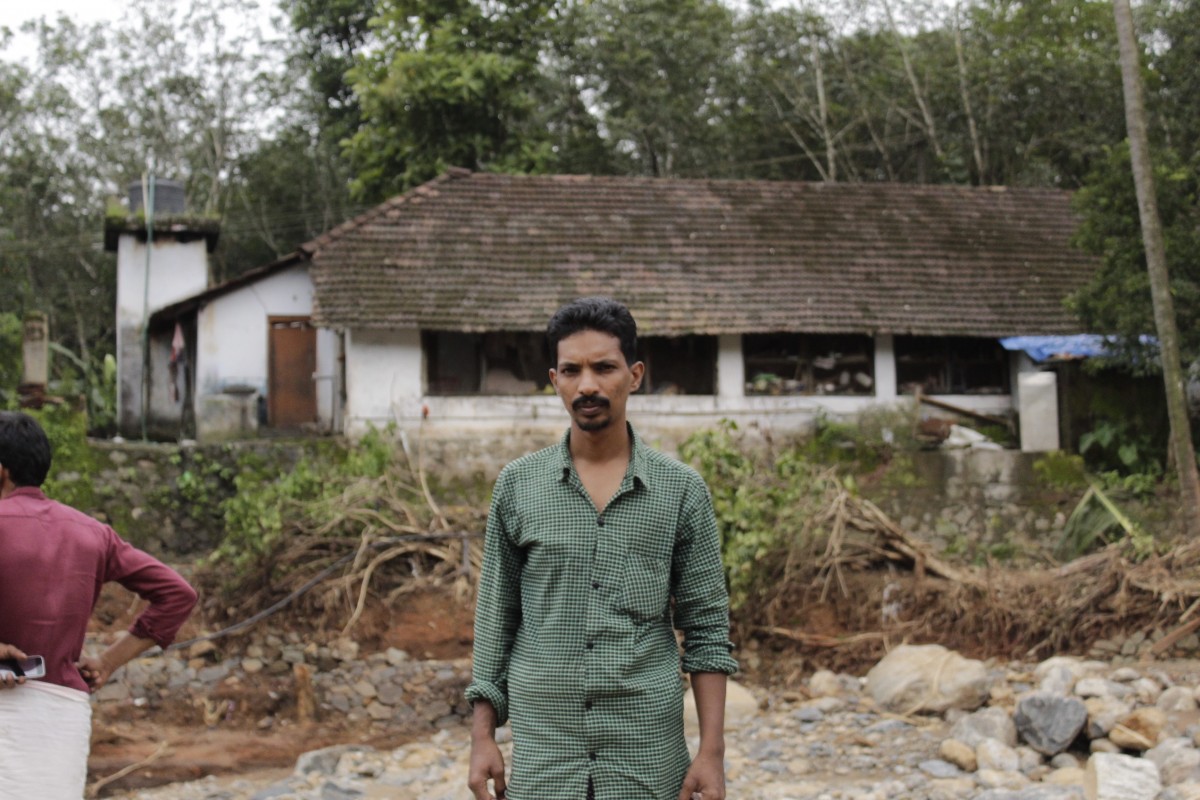 Abdutty from Pathar village. His house was amongst those that completely vanished after the landslides. Photo: Aswanth S.M.

Abdutty, who works as a salesman at a supermarket, said his wife and two children were shifted out of the house after the early warning. Following the landslide, a stream of water gushes through the patch where his house once stood.

Another resident, Prasad is in despair after he lost his bakery and grocery shops to the landslide. He said that he had recently spent a huge amount of money to purchase 10% of land near his shops in the hopes of constructing a house there. After the landslide, the area is hardly feasible for building a house. 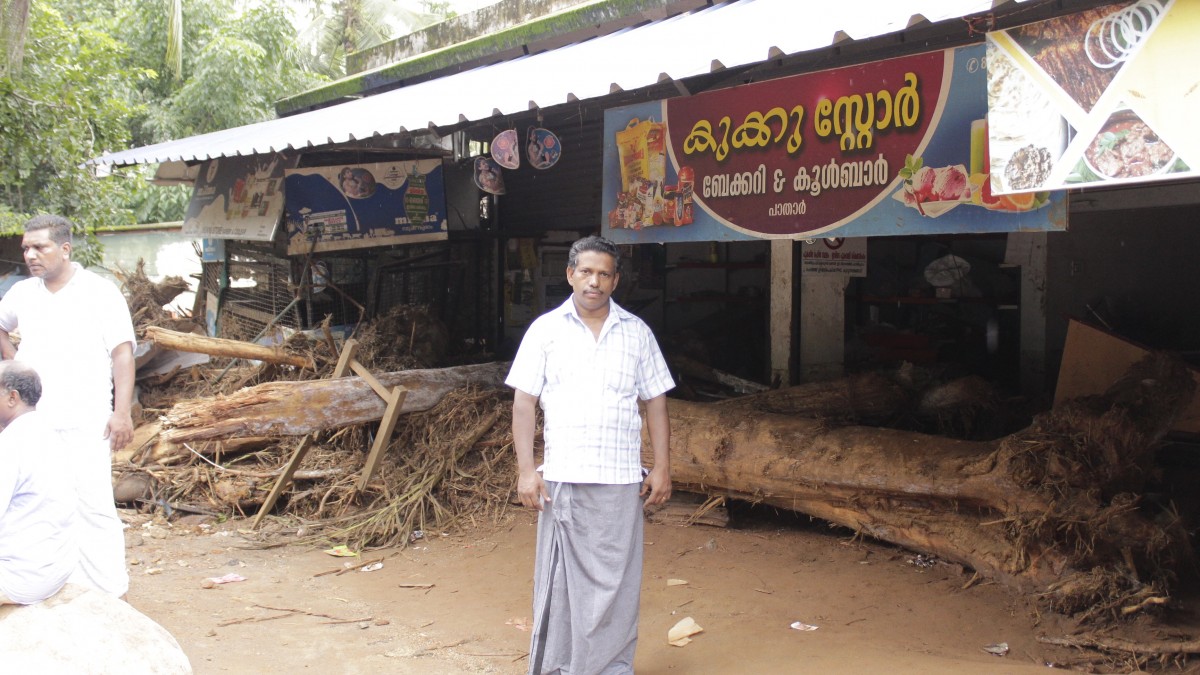 Prasad stands in front of his shops. Photo: Aswanth S.M.

Prasad also said that ministers and other government representatives had visited the site and offered the locals assistance. “We have to wait and see what happens [to the promises].”

He believes he is lucky to still be alive. “As I saw the landslide approaching, I first moved inside the shop to take cover,” he said and added that when he felt that being indoors was even riskier, he climbed to the roof. “I felt I was still about to die. Then I escaped from there and managed to run away,” he said.

The landslide in Kavalappara was deadly, as already reported by several media outlets. The collapse of the mountain not only took the lives of individuals but also erased entire families, including that of Suneesh. 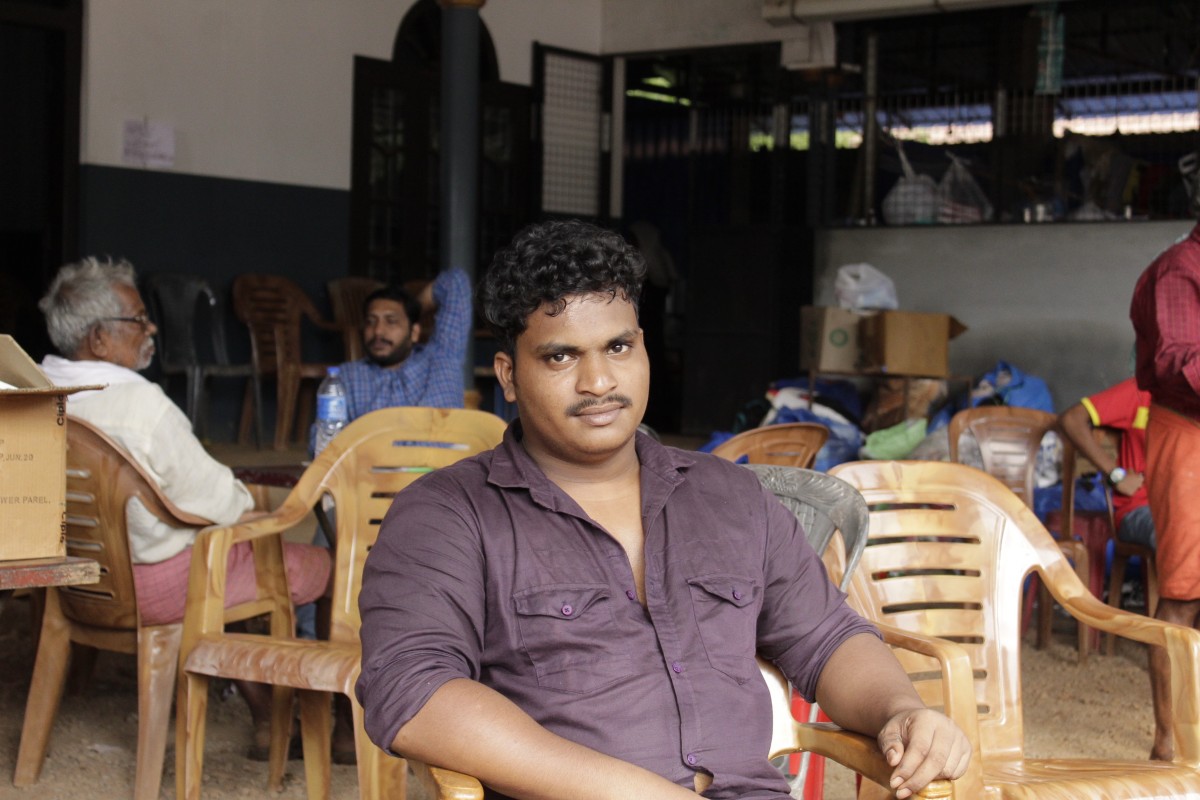 Suneesh has become the only surviving member of his family after the deadly landslides claimed his mother, grandmother, three younger sisters and a brother. Photo: Aswanth S.M.

Suneesh was in Thiruvananthapuram when the heavy landslides hit his village. When he reached Kavalappara after being informed of the disaster, he learnt that the deadly landslides had claimed his mother, grandmother, three younger sisters and a brother. Suneesh now is the only surviving member of his family. 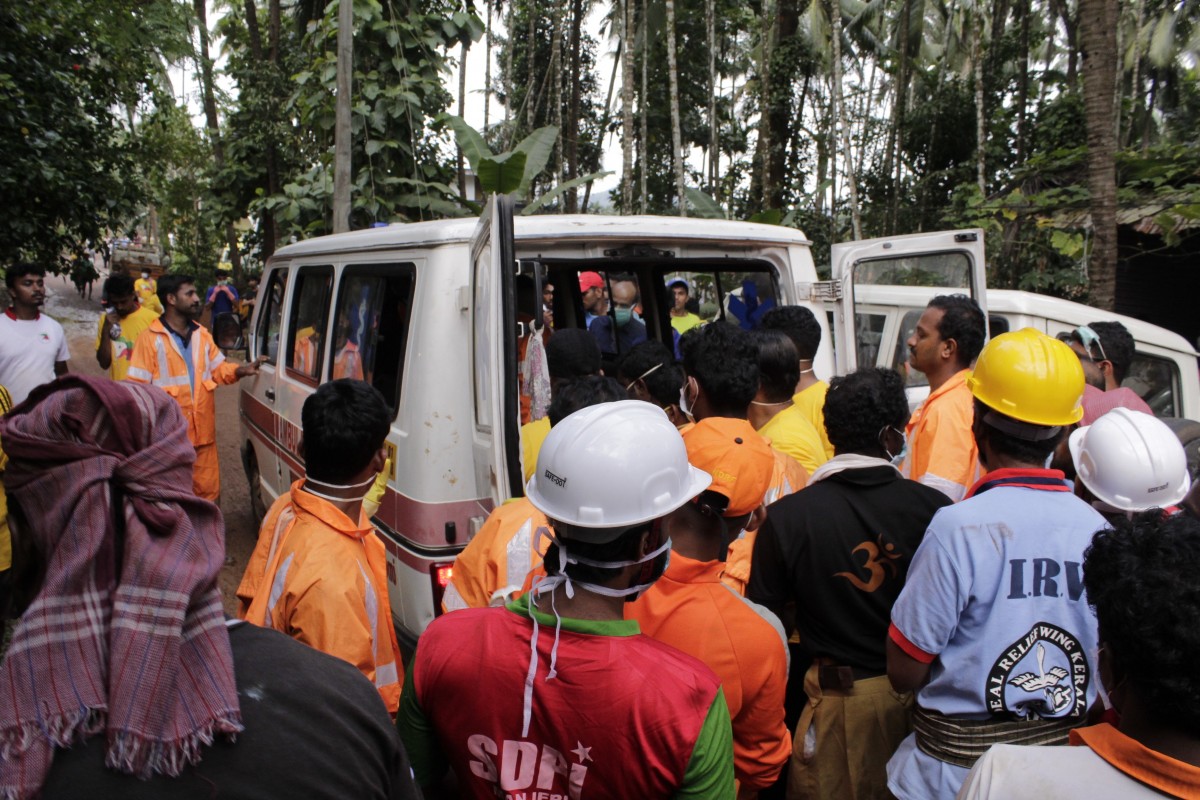 Streaks of hope amidst suffering

Amidst the anguish and uncertainty widespread in the region were rays of optimism as well.

On the bus route from Kozhikode to Pothukal, especially after the town of Nilambur, were several houses and shops that bore the ruins of the disastrous floods, which hit the region in addition to the landslides. In many places, the locals were being assisted in cleaning houses, wells, and trade establishments by civilian volunteers, who came from different parts of the state. 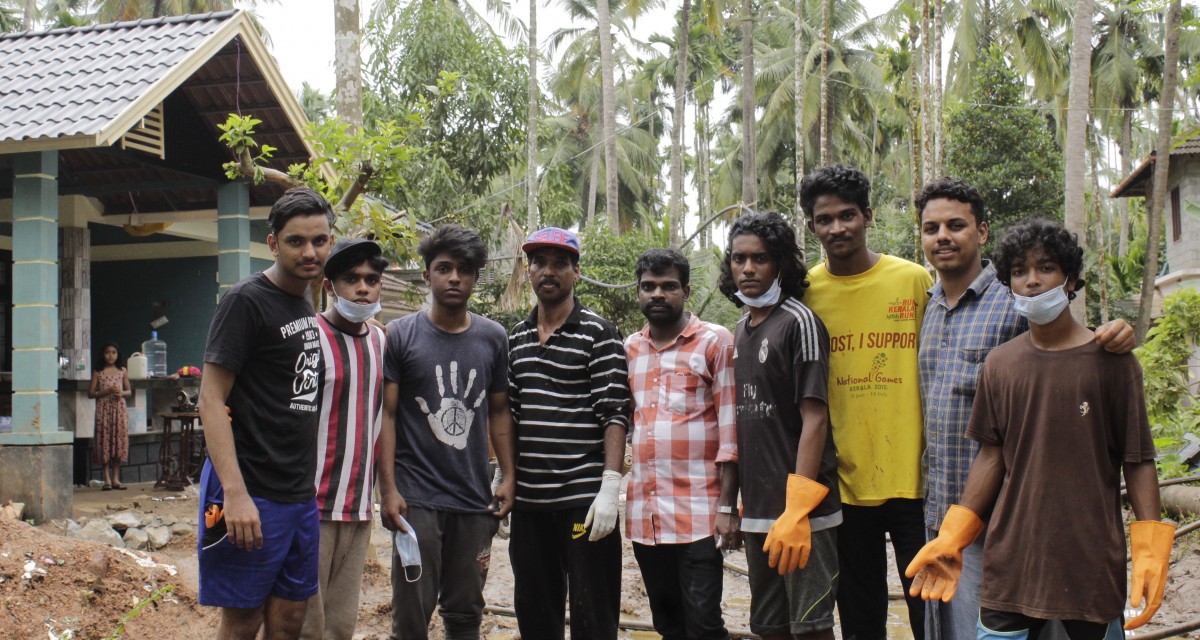 A group of student volunteers with their coordinators from Thrissur district. Photo: Aswanth S.M.

At the Pothukal panchayat, a group of college students from the Kodungallur MES Asmabi College in the Thrissur district were busy helping the residents clean their houses and wells. Speaking to The Wire, the students said that their trip was coordinated by the college’s NSS unit and the students’ union

There were also several ‘volunteer families’, like that of Sunil Surendran, who came all the way from Idukki with his wife and two children for voluntary work. “We together went for similar voluntary work last year too,” Sunil told The Wire. 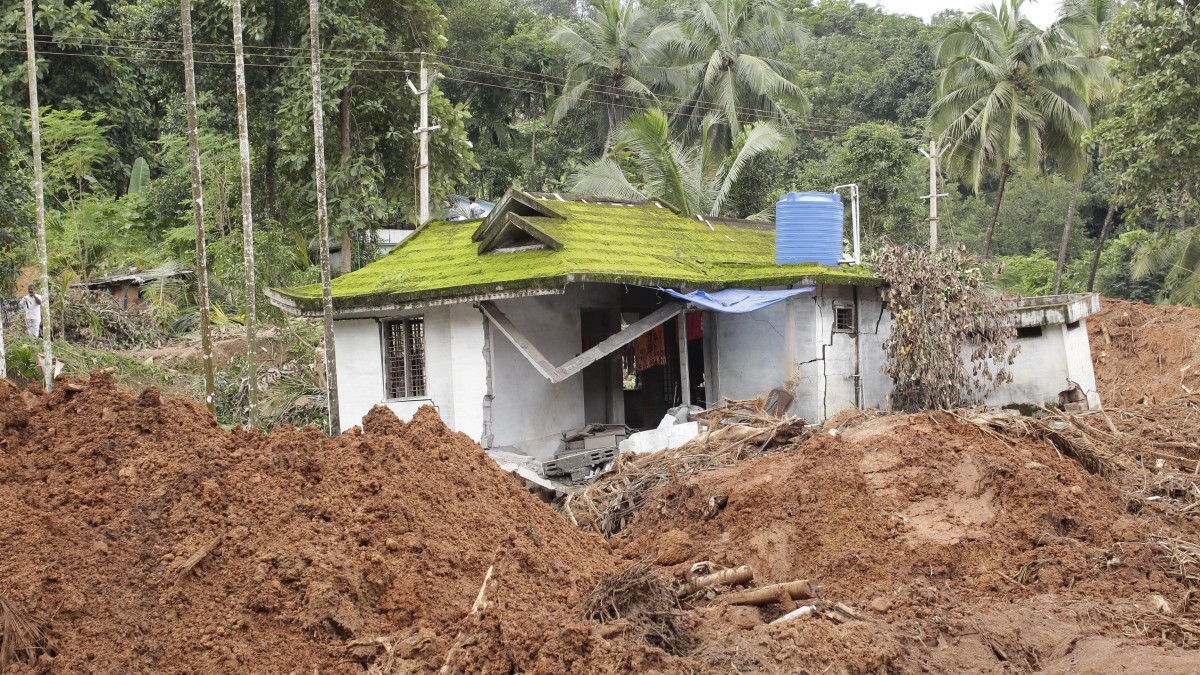 Different socio-political-religious groups had also established many ‘collection centres’. At these centres, volunteers collected various relief supplies like food and clothes and distributed them amongst families affected by the flood and landslides. These informal centres functioned alongside similar centres operated officially by the district headquarters across the state. 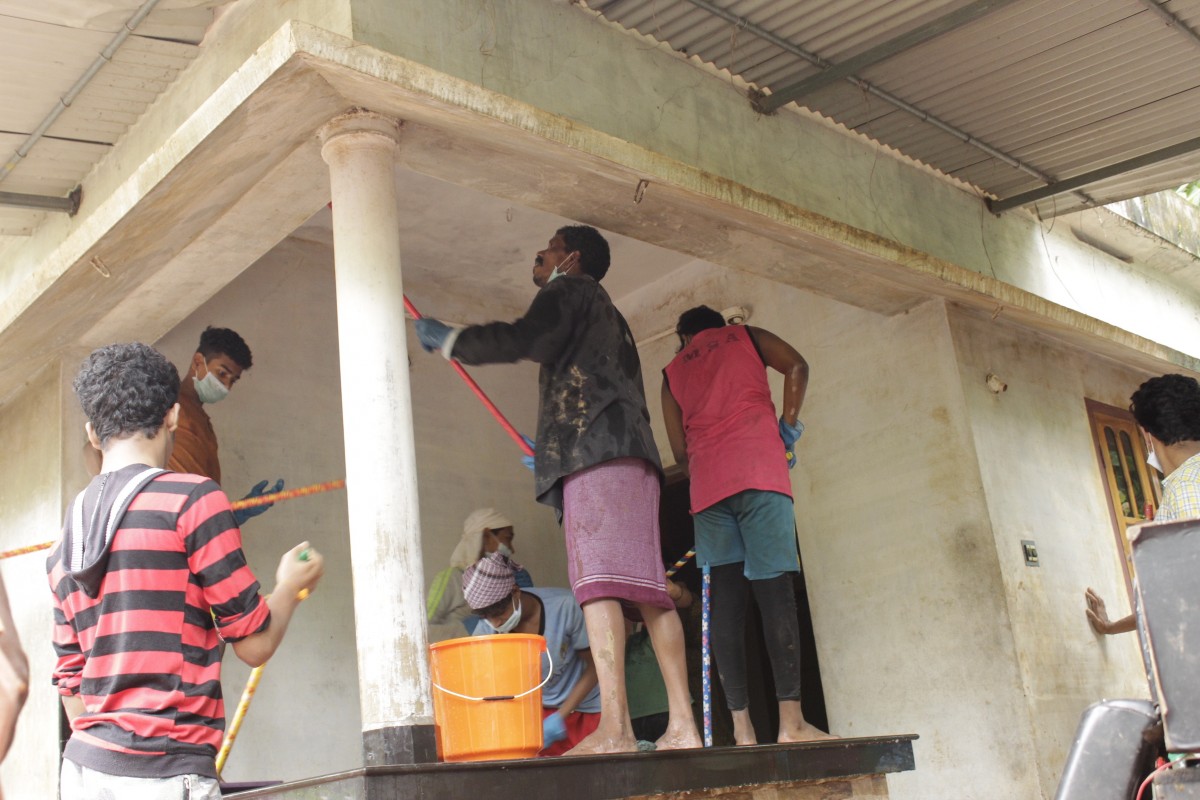 Many such supplies were also distributed at makeshift relief camps. Hundreds of civilians continue to live in these relief camps as their houses were either completely destroyed by the landslides or made uninhabitable by the floods. 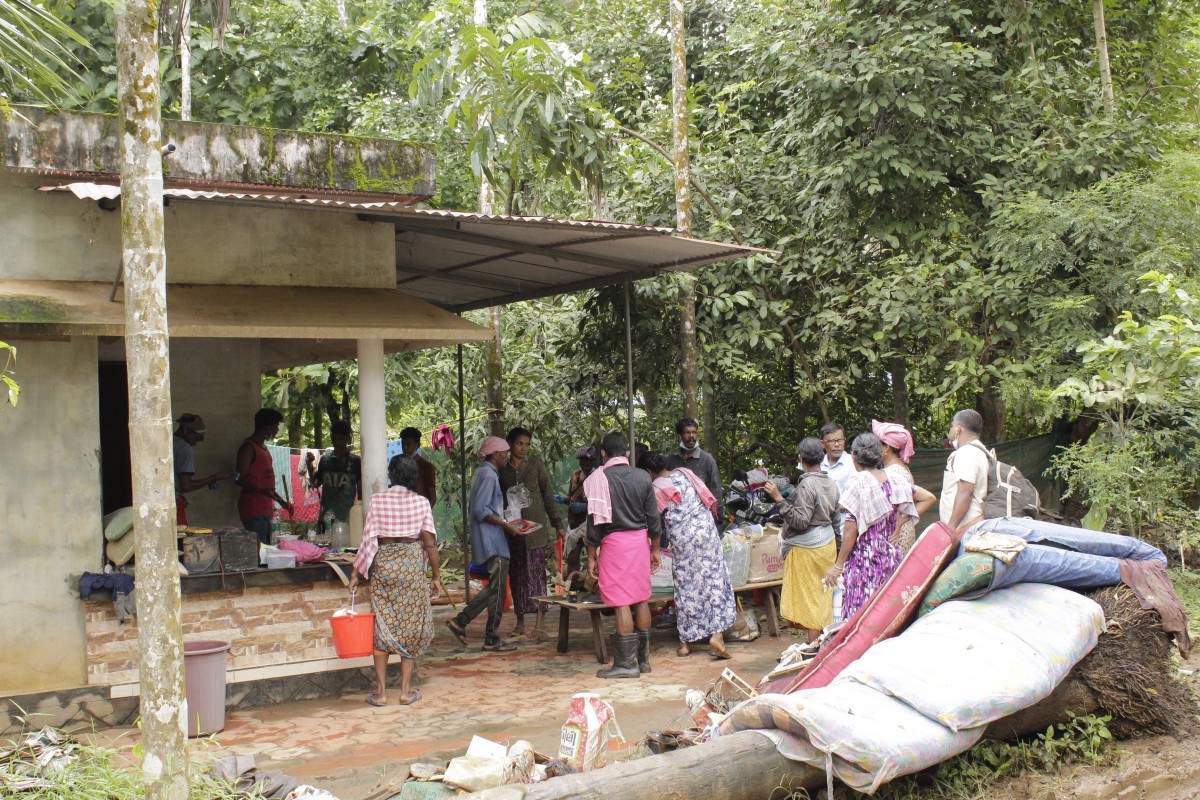 “They did not speak to each other for years, but now, they are very close to each other,” said Irshad, who rushed home to his village from Delhi, where he is a research scholar at Jawaharlal Nehru University.

While cleaning his house, Irshad also said that he was grateful that his house had survived. “In my neighbourhood, you don’t have to clean many houses, because those houses simply don’t exist,” he said.