A red alert has been sounded in all the 14 districts of the state. 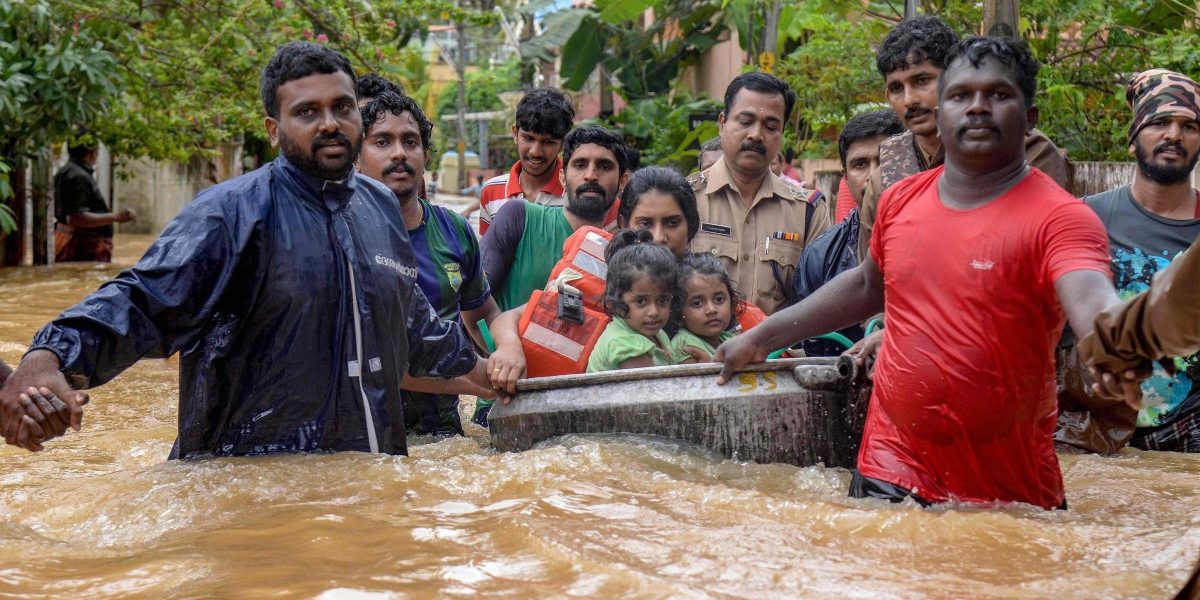 Thiruvananthapuram: The flood situation in Kerala further worsened with many areas inundated and flight operations suspended till Saturday at Kochi airport, as the toll rose to 67 with rain fury claiming 25 lives today.

Officials said a red alert has been sounded in all the 14 districts of the state.

From Kasaragod in the north to Thiruvananthapuram in the south, all rivers are in spate and shutters of 35 dams, including Mullaperiyar, have been opened.

The toll in rain-related incidents since August 8 mounted to 67 with 25 deaths reported on Wednesday, chief minister Pinarayi Vijayan said.

Vijayan said the heavy rains would continue for some more days, which will further worsen the situation.

More than 1.5 lakh people have been lodged in relief camps across the state, he said.

The prime minister has assured all help, it said.

The prime minister has taken a “positive stand” towards the state on relief measures, Vijayan told reporters.

“We discussed the flood situation in the state. Have asked defence ministry to further step up the rescue and relief operations across the state. Praying for the safety and well-being of the people of Kerala,” the prime minister tweeted. 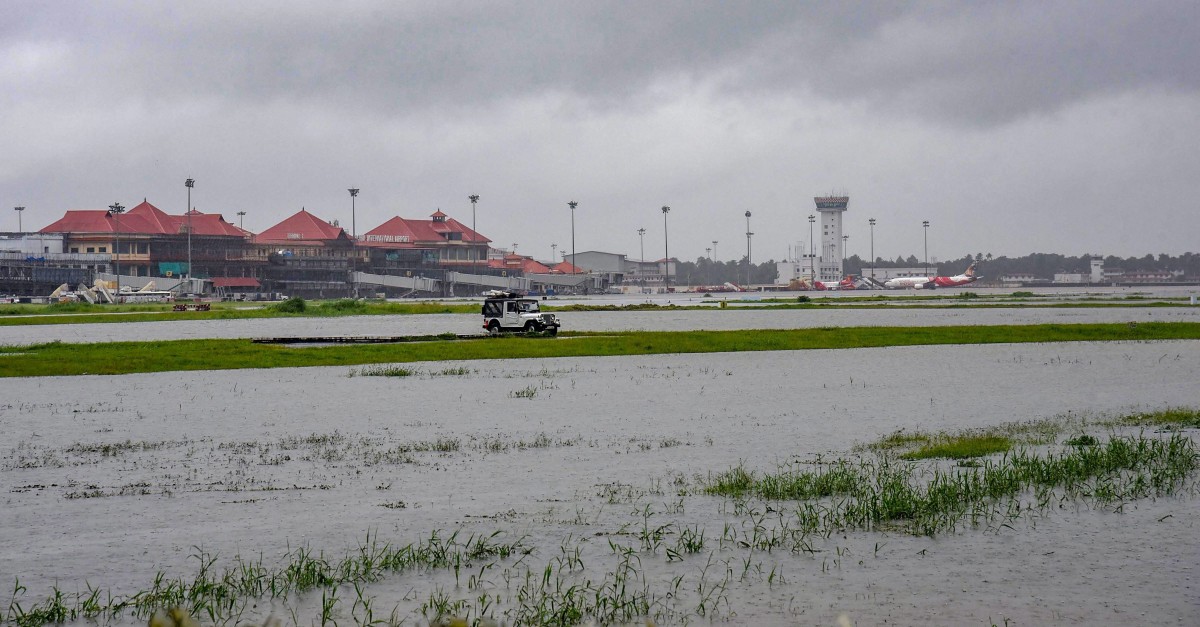 Yesterday evening, Modi had told Vijayan that the Centre stood firmly behind Kerala and was ready to provide any assistance.

Train services have been disrupted and road transport services are in disarray with stretches of roads coming under water.

Officials said a holiday has been declared for educational institutions in all districts barring Kasaragod today while colleges and universities have postponed exams.

Power supply, communication systems and distribution of drinking water have been disrupted in various parts of the state in the rain mayhem.

The chief minister also met Governor P. Sathasivam and informed him of the situation.

Major tourist centres including Athirappally, Ponmudi and Munnar, which were expecting huge influx of visitors in the wake of Onam festival season, have closed.

The Kochi international airport announced a shutdown till Saturday after water entered the airport area.

As flights were being diverted to various airports or suspended, the state government decided to seek centre’s permission to allow small aircraft to land at the Naval airport in Kochi.

Airlines including IndiGo, Air India and SpiceJet have announced suspension of their operations to Kochi.

There were also speed restrictions on trains on the Thiruvananthapuram-Thrissur section while rail traffic on the Kollam-Punalur-Sengottai section has been suspended.

An urgent meeting, convened by the chief minister here to evaluate the flood situation, directed officials to requisition maximum number of lifeboats from Tamil Nadu.

The chief secretary was asked to contact neighbouring states for emergency assistance.

As the drinking water distribution system collapsed in several parts, Vijayan asked people to minimise the use of water being distributed by the state water authority.

A group of military engineering personnel are expected to arrive in Thiruvanathapuram from Pune by IAF aircraft for rescue operations. 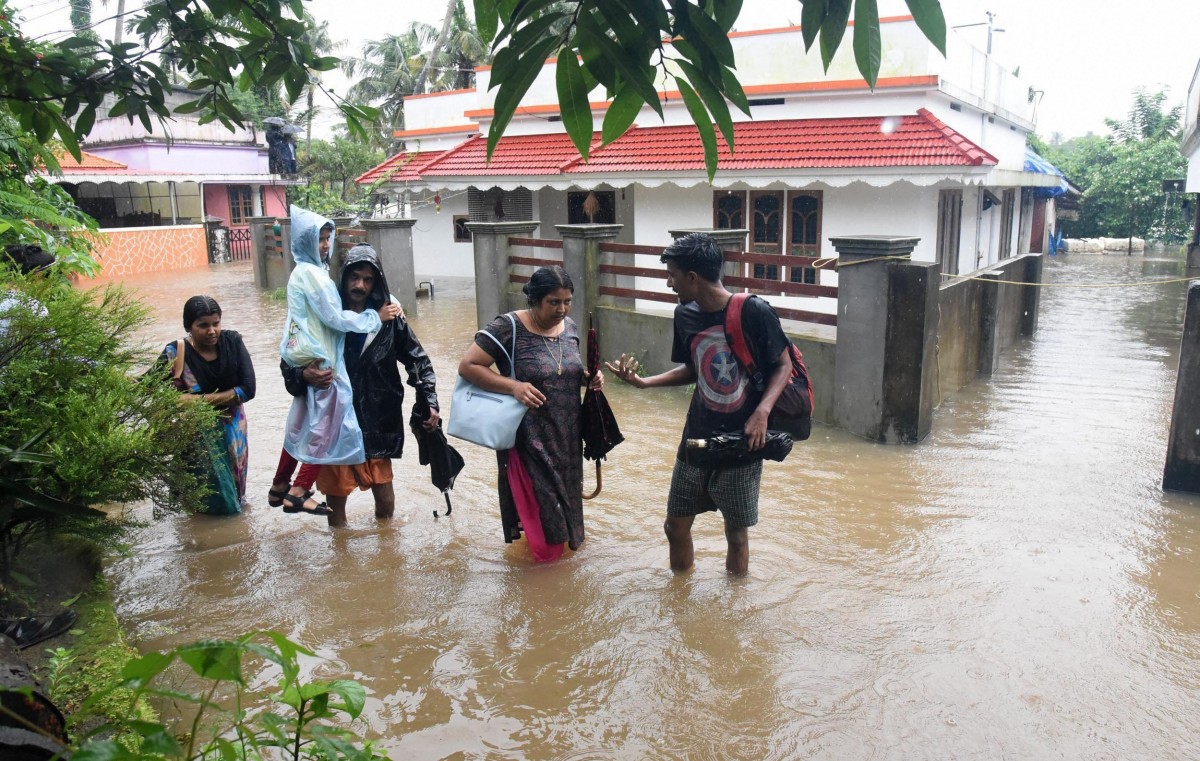 A family leaving their home during the Kerala floods. Credit: PTI

Periyar, Chalakudy Puzha and Pampa rivers were overflowing in central Kerala, while the water level in Killiyar, Karamanayar, Vamanapuram rivers and Parvathyputhanar canal in Thiruvananthapuram district are steadily rising.

The tourist town of Munnar is virtually inundated after shutters of the Idukki, Mullaperiyar and Mattuppetty dams were opened.

With the water level in the Mullaperiyar dam touching the maximum of 142 feet, Vijayan wrote to his Tamil Nadu counterpart K Palaniswami requesting him to bring down the level to 139 feet in view of the dam’s safety.

Vijayan pointed out that the catchment areas of the the reservoir were receiving heavy rain.

Rajnath Singh informed Vijayan that based on the state’s request, the Union home secretary spoke to the Tamil Nadu chief secretary on release of more water from the dam to bring down the level to 139 feet.

The dam, located in Idukki district of Kerala, is owned and operated by Tamil Nadu.

Water was released from the dam by 1:30 am on Wednesday morning as the water level touched 142 feet and people staying in some villages have been relocated.

“There is no need for any anxiety with regard to Mullaperiyar dam, where the water level has touched 142 feet, the maximum as allowed by the Supreme Court, as the discharge is equivalent to the inflow,” Vijayan told reporters.

Aluva and Paravoor in Ernakulam district, on the banks of the Periyar, are facing flood threat.

Rains also did not spare Thiruvanathapuram city with low lying areas being inundated, prompting residents to shift to relief camps.

Former KPCC president V.M. Sudheeran and his wife were among the many people shifted from a high end residential area after rain water gushed into their house.

Officials said an underground parking area of a private hospital was also inundated.