Ken-Betwa Interlink Means 'Bundelkhand Will Suffer for Decades to Come'

Experts also said the approval is premature for coming before environmental clearances required by law, and could really be motivated by electoral gains. Kochi: On December 8, the Union cabinet approved the Ken-Betwa river interlinking project, apparently intended to address water scarcity of the Bundelkhand region across Uttar Pradesh and Madhya Pradesh. In its current form, it entails the construction of a dam and a channel between the Ken and Betwa rivers. The project has a total outlay of Rs 44,605 crore.

However, environmental experts and activists have called the government’s move a “political decision” designed to grab votes in upcoming elections, and that the government continues to overlook numerous deleterious hydrological and environmental effects the interlink will have.

The Ken-Betwa river interlinking project will connect the Ken and Betwa rivers and transfer water from the former to the latter to irrigate agricultural tracts of and supply drinking water to the Bundelkhand region.

The Ministry of Jal Shakti and the chief ministers of Madhya Pradesh and Uttar Pradesh signed the project’s memorandum of agreement in March 2021.

According to them, the project will take eight years to set up, including building the ‘Daudhan dam’ on the Ken river in Madhya Pradesh’s Chhatarpur district, inside the Panna Tiger Reserve. From here, a canal is expected to carry water from the Ken to the Betwa river through the districts of Chhatarpur and Tikamgarh in Madhya Pradesh and Jhansi in Uttar Pradesh.

According to the cabinet’s press release issued after its approval for the project, the project will reportedly generate 103 MW of hydroelectric power and 27 MW of solar power, bring drinking water to about 62 lakh people and irrigate some 10.62 lakh hectares of land – every year.

Himanshu Thakkar, coordinator of the South Asia Network on Dams, Rivers and People, said the “law of the land” implies that the project’s approval is an “illegal decision” because the forest, environmental and wildlife clearances for the project are still not in place.

One condition is that if a project will generate power – as the Ken-Betwa setup promises to do – it can’t be located inside a forest or protected area. Several new structures, including barrages and pick-up weirs, both part of hydroelectric power setups, weren’t part of the draft memorandum of agreement in March but were added in the comprehensive project report released in October 2018 , sans any impact assessment.

In 2016, the Standing Committee of the National Board of Wildlife granted a wildlife clearance. But a report in 2019 by a Central Empowered Committee appointed by the Supreme Court said the clearance had no merit, that the proposal had failed to consider more sustainable and more cost-effective alternatives, and that it seemed economically infeasible in and of itself.

It also noted that the interlink would adversely impact wildlife, including the tigers of Panna and the gharials of the Ken Gharial Sanctuary downstream of the proposed dam.

Thakkar said the report is still before the Supreme Court and hasn’t been considered yet.

In November last year, an expert panel of the Union environment ministry had also postponed clearance to the Lower Orr project, a component of the Ken-Betwa project.

Finally, the Jal Shakti ministry infamously used hydrological data from 18 years ago instead of conducting new studies to assess the region’s water landscape, as an investigation by The Wire found in July 2021.

Overall, the government  appears to have cut several corners to clear the project. 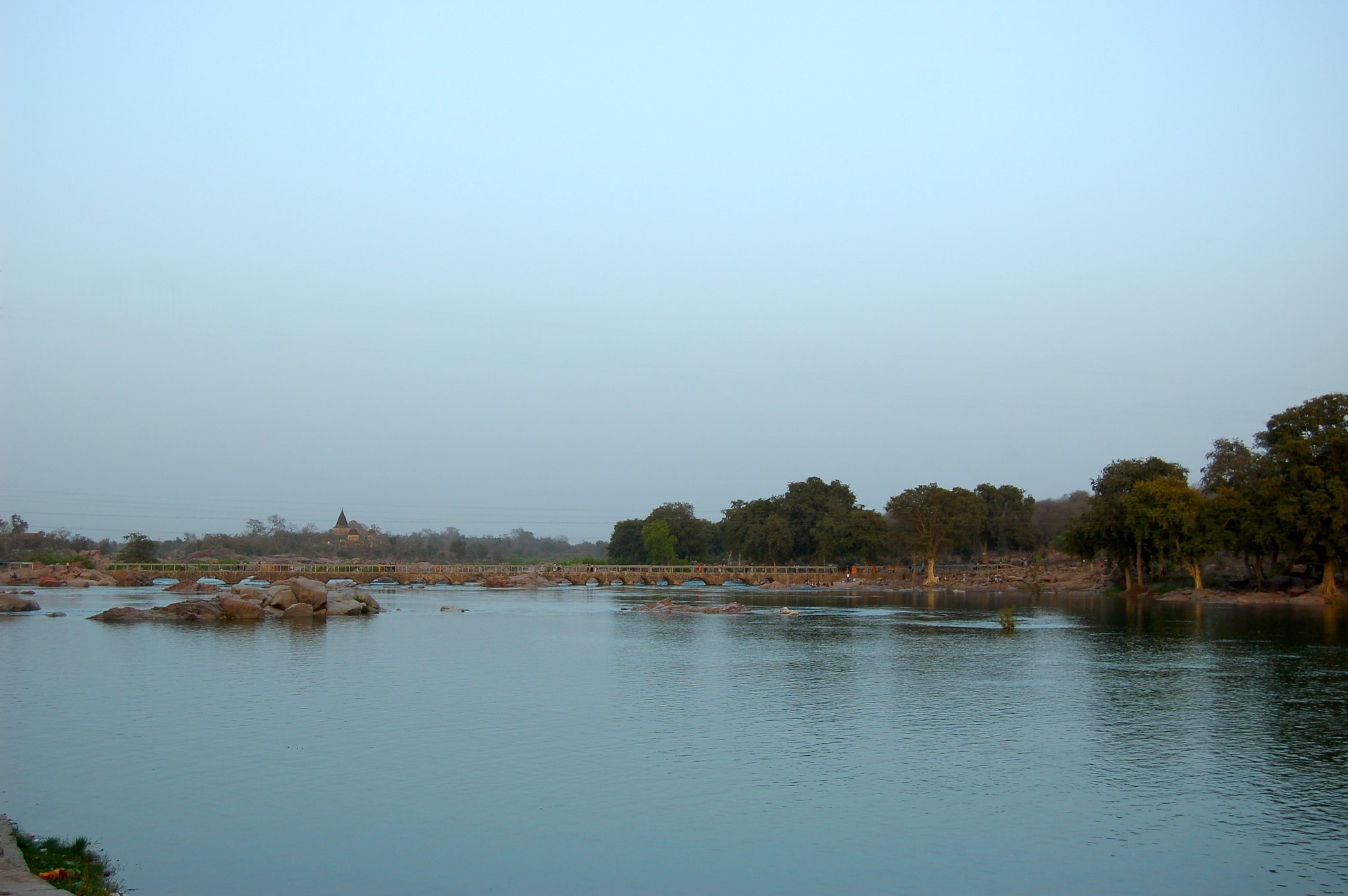 “The Cabinet should not have cleared this project,” Thakkar concluded. “It is a political move because the Uttar Pradesh elections are coming.”

In fact, he added, the project won’t ensure Bundelkhand’s water scarcity but would have water exported out of the region.

The Betwa region is already irrigated and doesn’t require water, he explained. Instead, the project’s raison d’être could be to build dams upstream of the Betwa to bring water and power to Vidisha city and its surrounding areas – and they aren’t part of Bundelkhand.

Of course, building these dams would mean the dams that already exist downstream won’t have enough water – and the solution to this problem would be the Ken-Betwa interlink. But this will also destroy the Panna Tiger Reserve, which is a major hydrological asset to Bundelkhand, Thakkar added.

For example, what might the hydrological implications of cutting 23 lakh trees in terms of water sequestration be? These aspects haven’t even been assessed pursuant to the “44,000-crore extravaganza”, he said.

In addition, conservation biologist Raghu Chundawat said as many as 90% of all of Madhya Pradesh’s districts are already water-stressed.

“Panna was the only district that wasn’t water deficient, and this project will make Panna water stressed, too,” Chundawat told The Wire Science. “Now every district in Madhya Pradesh will be water-stressed.”

Water experts have noted that the interlink project’s principle hinges on the dubious concept of ‘surplus’ and ‘deficit’ water basins. Inter-basin water transfers – the transfer of water from one basin to another – in India’s National River Linking Project assume that ‘surplus’ water in some basins in the wet-season can be diverted to ‘deficient’ basins.

However, this notion of ‘surplus’ is often based on limited data and “a poor understanding of the role of natural flows, including floods and periodic droughts, in maintaining ecosystems and ecological processes”, many scientists, including noted hydrologist Jagdish Krishnaswamy, had written in a 2017 research communiqué.

In the case of the Ken-Betwa project: the Ken and the Betwa basins share a border and face floods and droughts simultaneously, noted environmentalist Ravi Chopra in his 2018 interview to The Wire Science. “So what is this nonsense about Ken being a surplus basin and Betwa being a deficit basin?”

Most importantly, and related to the point about the water ministry using outdated water data, the government hasn’t released hydrological information to support its claim that Ken is a ‘surplus’ basin and Betwa, a ‘deficit’ basin in the public domain, according to Thakkar. 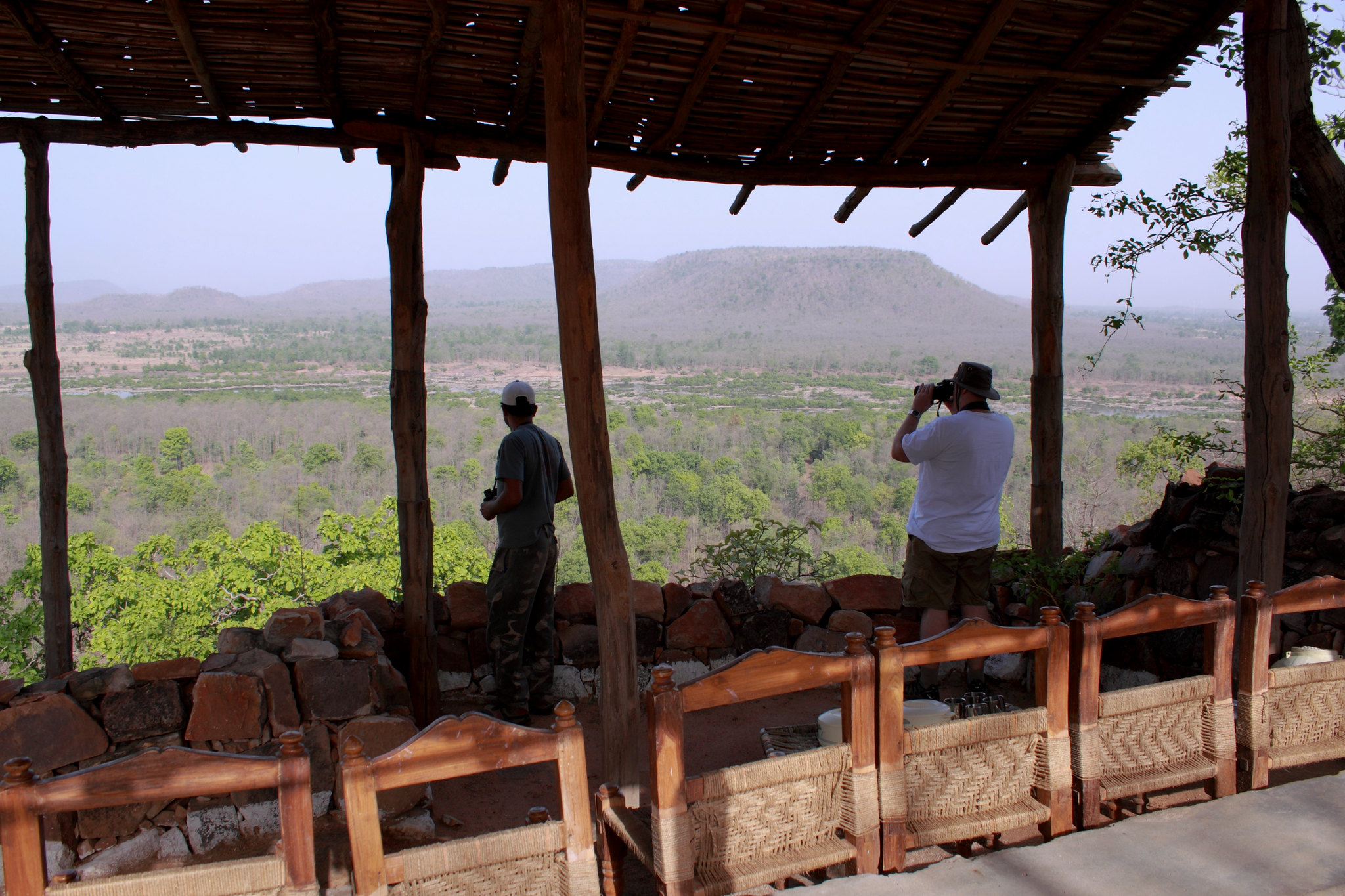 A view of Panna National Park from a lookout tower over the Ken river. Photo: briangratwicke/Flickr, CC BY 2.0

Then, there are the tigers.

According to Chundawat, the dam and the interlink are sure to adversely affect Panna’s tigers, the park’s ecology and the local environment, along the lines of the effects of thousands of dams around India built since the 1960s.

As The Wire reported in July, apart from requiring the removal of 23 lakh trees, the project will also submerge around 9,000 hectares of land – 5,803 of which lie within the core area of the tiger reserve. As a result, according to Chundawat, Panna’s tiger population will get cut off from tigers in the surrounding areas. (The protected area is also home to seven species of vultures, including three migratory species.)

Genetic studies have found that isolated tiger populations are often at higher risk of extinction due to inbreeding. Currently, Panna is connected to other forest patches, including Bandhavgarh, and there have already been several reports of tigers migrating to nearby forests from Panna.

And this problem would only sit atop of others that Panna’s tigers already face. By 2008, for example, the 550-something sq. kilometer park had lost all its tigers. The next year, the National Tiger Conservation Authority (NTCA) appointed a special investigation team, which zeroed in on two cases: a poaching ring involving locals and middlemen and the forest department’s failure to gather intelligence.

But the Panna Tiger Reserve implemented a tiger reintroduction programme the same year and moved seven tigers to its premises. Currently, according to the 2018 tiger census, the park is home to around 33 tigers. Biologists and environmentalists have hailed this as a rare success story.

And just this story could change if the Ken-Betwa interlinking project materialises. Both existing tiger habitat and potential tiger habitat – revenue land the NTCA was considering to include in Panna National Park and Tiger Reserve – will be gone, according to Chundawat.

He said it is “insane” for any government to consider destroying 100. sq km of forests in a time when the same government talks of afforestation to counter climate change. “They can never be recovered.”

Taken together, conservationists, environmentalists, scientists and water experts are at odds with the government over what conclusions the data available about the Bundelkhand region allows us to reach. The result, in Chopra’s words from 2018, is that the resulting “unnecessary excess” of a project will only create more problems than it can possibly solve.

“It is a political decision which has been taken ignoring these aspects,” Chundawat said. “Bundelkhand will suffer for decades to come.”