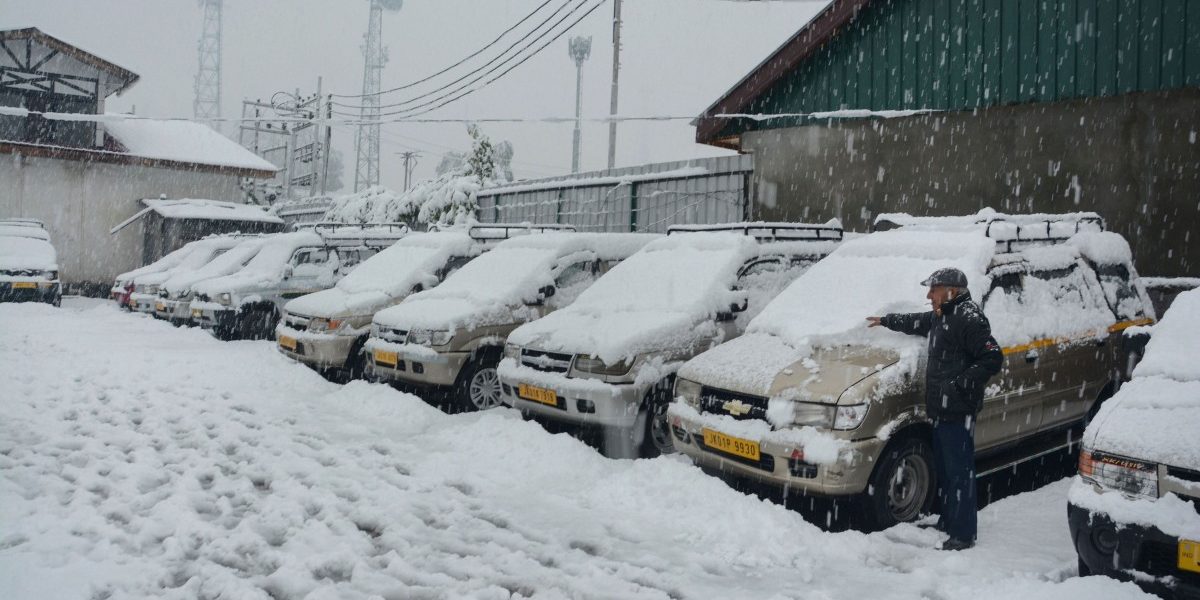 Srinagar: The season’s first snowfall brought life to a complete halt across Kashmir on Thursday. At least three persons were killed in weather-related incidents even as the downpour resulted in large-scale losses to apple orchards. The power distribution system collapsed under the massive snowfall, plunging the valley into darkness.

The snowfall started overnight and continued throughout the day, cutting off the valley from the outside world, as authorities closed the Srinagar-Jammu highway and suspended air traffic.

The unseasonal snowfall brought smiles on the faces of people, particularly children who were out early on the streets throwing snow at each other and clicking pictures.

The snowfall was especially good news for the tourism sector, who hoped that the change in weather would attract the visitors from other regions of the country to the snow-covered slopes of Gulmarg, Pahalgam and other tourist destinations in the Valley.

But soon worries replaced joy as all major services started failing. The administration, under newly-appointed Lieutenant Governor Girish Chandra Murmu, was caught napping though the weather department had alerted the administration a few days earlier about possible snowfall.

It took hours for the government to start clearing snow from the roads even in the summer capital. The inter-district transport system remains badly hit as snow kept accumulating on the roads.

“I left home at 9 am for office at Srinagar, but it took me three-and-a-half hours to cover what is usually a one hour’s distance by cab,” said Mohd Yaqoob, an employee of the excise department. 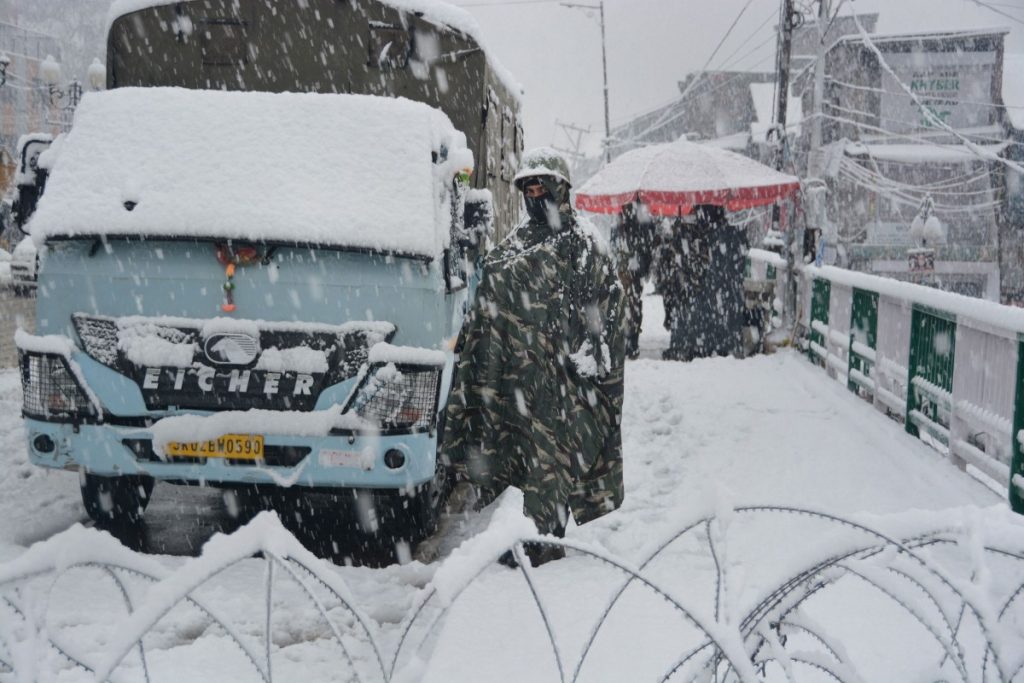 Another man said that the administration had failed to clear snow off the roads. “At some places, we had to get down and push the cab out of the snow accumulated on the roads,” said Ahmad, a resident of Charar-i-Sharief town, 30 km from the city.

The power distribution system has been badly hit by the snowfall, an official said. “We have reports that falling trees may have caused damage at many places within the city and other districts,” said the official. ”The situation is worse in the rural areas. At many places, electric poles are lying flat on the ground. It will take almost two days to completely restore the system.”

As The Wire reported on Thursday, the snowfall also meant that the internet connection at the media facilitation centre in Srinagar was snapped. The centre was set up by the government after the August 5 move to strip Jammu and Kashmir of its special status and restrictions were imposed on movement and communication.

An official said three persons were killed in weather-related incidents at different places across the valley. While one person, a power department employee, was killed after a tree branch fell in Habak area in Srinagar, two others, including an army porter and an SPO (special police officer of the J&K Police), were killed in Jumgand sector of Kupwara district.

The snowfall has caused major losses to the Rs 9,000 crore apple industry as well. November is the end of autumn in Kashmir and trees start shedding their leaves towards the end of the month. However, the premature snowfall meant that some varieties of apple, like the Maharaji, were yet to be harvested.

“As the snow accumulated on the branches, they crumbled under its weight, resulting in large scale damages to the orchards,” said Muzzafar Ahmad, an apple grower from Shopian.

An official of the horticulture department said as per initial assessment, Shopian district – known as ‘the apple bowl of the Valley’ – may have been worst hit.

“Orchards have suffered 25-30% damage in the district,” the official said. “We are collecting details about the losses from other districts as well.”

All incoming and outgoing flights to Srinagar were cancelled for the day. “The airport runway is slippery, besides the continuous downpour has impacted the clearance operations,” said the official.

The 300-km long Jammu-Srinagar highway has also been closed following reports of landslides at several vulnerable spots. Every winter, the highway remains closed for days or even weeks at a stretch due to landslides triggered by snowfall. The highway runs through the Pir Panjal mountain range.

“The highway has been closed as a precautionary measure,” said an official from the traffic department.