Interview: ‘What Will Finally Happen With the Ken-Betwa Project, No One Knows’

A wide-ranging interview with Medha Patkar on contemporary environmental issues and the peoples’ movements against them.

A view of the Ken river. Photo: A.J.T. Johnsingh/Wikimedia Commons CC BY SA 4.0

Thrissur: Medha Patkar, one of the founder members of the Narmada Bachao Andolan, has lent her voice to several social and environmental protests in the country, including the farmers’ protests against the three controversial farm laws.

On December 10, Patkar was in Thrissur, Kerala, to support a protest against a semi-high speed rail project, called the ‘SilverLine’, led by residents across the state affected by it. They were organised under the ‘K-Rail SilverLine Viruddha Janakeeya Samiti’. 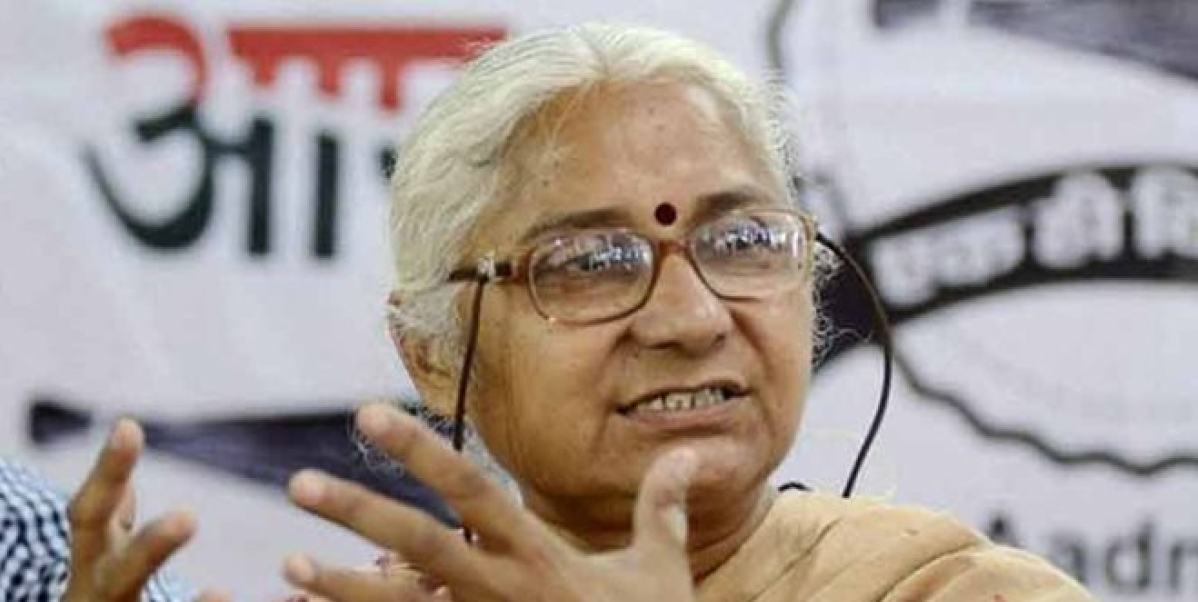 The Wire Science interviewed Patkar at this event, about current environmental issues in India, from the country’s big dam push to the importance of “rising above party lines”. It is presented below with light edits for grammar, style and repetition. The Wire Science’s questions are in bold and clarifications in square brackets.

You have been very vocal about the bane of river interlinking – you have called it a capitalist’s dream. We’re seeing such a project unfold now in Bundelkhand: the Union Cabinet just approved the Ken-Betwa river interlinking project two days ago. It now costs Rs 44,000 crore, and 10 villages will be displaced and 23 lakh trees cut.

Yes, there is a struggle going on. We had a conference on the Ken-Betwa project, by which many cultural monuments and forests are going to be submerged. People feel that river-linking is one single line drawn on a map. That’s not what it is. The project includes six dams that are to come up on the Betwa. The cumulative impact of these dams has not been studied.

And two states are involved – Uttar Pradesh and Madhya Pradesh. So the conflict will go on. Just like in the case of the Narmada: although it’s the same party in power in Gujarat and Maharashtra, the states are still fighting. It is very necessary that [Ken-Betwa river interlinking] has to be considered as partly illegal and anti-social.

Today’s Modi government’s approach is to declare one development project after the other. They call it development. But they are promising different areas… So the Uttar Pradesh area related to the Ken-Betwa is an electoral promise, that we will bring you the water. Shivraj Singh [Chouhan] did the same thing. He promised the whole of the Malwa region [western and central Madhya Pradesh] that it would be irrigated with Narmada waters. But the Narmada is in the Nimar region [of southwest Madhya Pradesh].

Those links are so horrible – big pipelines. And the Narmada reservoirs are being emptied; the Narmada is drying, dying. How will the Narmada people get access to water to irrigate their lands which they do through small lift irrigation today?

So what will finally happen [in the Ken-Betwa river interlinking project], no one knows. We have studied the Ken-Betwa project, published a booklet on it. Real investigations – impact assessments, even hydrological data analyses – have not taken place.

People’s resistance is assuming even more importance in such times. You’ve always talked, even today, on the importance of peaceful andolans (movements). Does the recent victory of the farmers’ protests give you hope for the future of peoples’ movements across India?

Yes, certainly. It has very clearly put peoples’ movements and peoples’ politics on the political agenda, by repealing Acts [the three farm laws] which were forcibly and fraudulently passed in the Parliament without discussion and debate. But it was not easy to compel Prime Minister Modi, who is so much in partnership with corporates, to repeal these acts. They are still parallelly promoting the corporates’ entry into agriculture and food storage. They are bringing in Microsoft, and other agencies, into land records. They’ve given them the contracts; silos are already built by Adani. It is going on. They will push. We will have to become watchdogs in this situation.

But these three Acts would have given them a huge promotion and entry. But [resisting these acts] could happen only because it was a peoples’ movement. If it was a political party alliance, it would not have continued for more than a year. There was unity and solidarity between the 550 organisations involved. In every state there was a response to the appeal by the Samyukt Kisan Morcha. So it was a national movement and after all the accusations, defamation, false case filing, they had to go back on their steps.

So I think the peoples’ movement is now respected by the country.

India is on a dam-building spree. Including building big dams, like the Dibang Etalin project, at a time when other countries are decommissioning, tearing down theirs. Do big dams have space in India’s development paradigm? Can we work around this?

A thousand dams have been decommissioned by the US. We followed the Tennessee Valley model of the US and built all these dams. But in 1994, a US department called the Bureau of Reclamations declared a moratorium on large dams. Many European countries have gotten rid of their large dams and they don’t want large canal structures also because they bring in water logging, salinisation and many other problems in the [the beneficiary area] also.

Our government is still pushing it. But people are not only reacting to big dams, they are reacting to displacement. They realise that when they are displaced from their communities, their natural spaces, ecosystems and sources of livelihood it is not easy. Only in the case of the Sardar Sarovar dam has land been given, even though the policy is the same.

Because of the 36-year-struggle – and from Delhi to Washington and Geneva – 50,000 families have been rehabilitated and 20,000 have got land. So it’s not so easy. And not everyone can fight this battle. So it is better that we promote, and we demand, development without displacement. And it is possible. Decentralised development planning and [using] appropriate technology in water, and resource management will be less energy-intensive, more equitable and just. And that will generate sources of livelihood, not kill them.

It’s Human Rights Day today [December 10]. India’s push for coal for development is infringing on many rights, including those of the Gond people in the Hasdeo Aranya in Chhattisgarh. Despite resistance – a 300 km march involving more than 250 adivasis – the Centre approved coal-mining in the Parsa coal block by giving it final forest clearance. There are allegations that gram sabha clearances were forged. In many senses, this was much more than just a local struggle. But the government hasn’t heeded.

This is not expected of the [Bhupesh] Baghel government, not only as a secular party but a party that has always had a dialogue with the people. Adivasis in the state expected that their consent would be made a condition but that has not been happening, unfortunately. So people are compelled to take to struggles.

Oriyas are very well-known for perseverant struggles. I’ve seen so many of their struggles: the POSCO struggle, Kashipur struggle, Koraput struggle… The role of various organisations, not just political parties and their fronts, also matter a lot.

It’s been more than three decades of campaigning, and taking up numerous social and environmental rights issues and fights. Do you see any change in people or in perspectives?

Consumerism has developed, so there’s marketisation, commodification. Individualisation is also another kind of privatisation. Instead of taking forward social clauses and social commitment, people are looking at their own individual vested interests, following their lifestyles towards that end.

But there are youth coming forward. We are falling short on motivating youths to take up the social cause, not just careerism. And there is a change in the state’s response which is why people feel what is the point in approaching the state governments [for redressal], kuch nahi milta hai (‘You don’t get anything’).

You touched on the role of women in campaigns. How important is this?

Very important. They bring in perseverance, they bring in a different idiom, not just a different medium. They bring in so many emotions, the stories they say can touch your heart. It’s very difficult – for the government, for the World Bank, any agency – to reply to them, respond to them.

Once, at the farmer’s protests, it started raining heavily. Most men took shelter but the women remained there, not budging. It was so good to see women at the forefront of the protest against the K-rail project today, raising slogans. That is one thing we have learnt from the Narmada andolan too, the role that women can play in this.

You talked of corporatisation, globalisation and privatisation as being the “worst kind of virus” today. And almost every big development project we see smacks of these in varying degrees. Even K-rail, as you pointed out.

The K-rail project is an example of that. Democratisation and prioritisation are necessary while planning any developmental activity. The farmers’ protests have left us with the message that amidst the awfully fascist situation we are experiencing in this country – which is corporatisation-based, consumerism-based, corruption-based and commodification-based – we have to fight with peoples’ movements and peoples’ politics and nothing less than that.

The victory of the farmers really shows that we have to rise beyond the party lines. The line that can only be drawn should be between development and destruction, and nothing else.