The tiger population is now expected to touch around 2,800 in the country.

Though International Tiger Day is commemorated every year with great fervour throughout the 13 Asia-Pacific tiger range-countries, this ninth year is of special significance for India. Today, Prime Minister Narendra Modi will release the much-awaited, anxiety-invoking results of the fourth four-yearly all India tiger estimation exercise carried out across the country in 2018.

The tiger is the spirit of the Indian jungle. The natural history of the world has probably not known any animal more than, or as awesome and magnificent as this super cat. Having already lost three of nine tiger sub-species, the world now supports only six sub-species or geographical variations.

In six tiger range-countries, tiger numbers vary between around 105 (in Bhutan) and 425 (in Russia) only. In some range-countries, the numbers are precarious, hovering around the presumed ecological threshold as far as their viability are concerned.

The role of the “International Tiger Day,” emerged at the Global Tiger Summit at St. Petersburg in Russia in 2010. The day is supposed to be an opportunity to raise funds for tiger conservation and build awareness about the issues that negatively affect tiger conservation.

Also read: Study Suggests There May Be No Tigers in the Sundarbans by 2070

This Summit also holds the backdrop of the resolution to double the population of world tigers by 2022. While it is too ambitious a goal amid frightful constraints looming large, it is very comforting to watch some of these countries, greatly inspired by India which has around 70% of the world’s total population of tigers, working extremely hard against all economic and developmental odds to save tigers and their habitats. 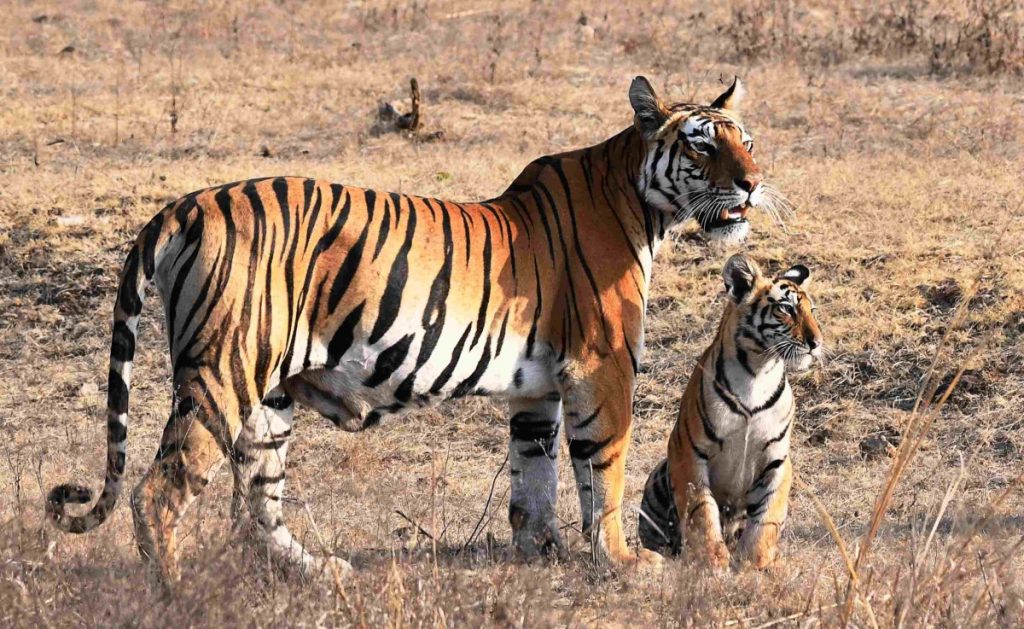 A tigress and her cub at the Kanha Tiger Reserve in Madhya Pradesh. Breeding tigresses are important for a viable tiger population. Photo: Sanjay K. Shukla

Our population is around 1.30 billion as against 350 million in 1947. The corresponding figures for population density are around 382 and 117 persons per square kilometre. The population projection of this figure doubling by 2050 is equally horrifying. Consequently, the per capita forest area has also decreased to 0.064 hectare as against the world average of 0.64 hectare.

The above scenario is probably the root-cause of the entire range of problems facing the country. While no government or organisation is consciously against tiger conservation, the above ominous statistics put them under tremendous compulsion to sometimes sideline conservation in favour of the populace and more pressing developmental issues.

In spite of such tremendous demographical constraints and biotic pressure, and in spite of the absence of a strong green ideology or ecopolitics, it is heartening that tiger conservation enjoys such tremendous support from state and Central governments in the country.

Tiger conservation is no rocketry. We have no other option but to persistently follow a basic land use strategy for conservation with renewed vigour and determination. Although easier said than done, we need to move tiger conservation up on the national priority list.

The tiger counting technique has been named ‘Monitoring Tigers, Co-predators, Prey and their Habitats’. The new estimation technique, which has replaced the earlier one in use since 2006, involved the Geographical Information System, remote sensing, transect-walks and camera traps in the field, with specially designed formats for data collection during a one-week field exercise; and relevant computer software for country-level analysis at the Wildlife Institute of India, Dehradun.

A number of regional workshops were organised throughout the country before actual exercises began in the forests to train frontline staff for data collection in the field. Thousands of camera-traps were used to ensure good quality images of tigers for analysis. Held across nearly 3,78,000 square kilometre of forest area in India, this ambitious exercise involved around half a million data collection man-days of the state forest departments.

Thousands of trained field biologists, volunteers and observers participated in a well conducted week-long programme in the first half of 2018. Quality habitat and a good prey base is important for tigers. Photo: Sudhir Mishra

The process was testament to the fact that over the years, this methodology has been refined and improved, and has elicited positive responses from prominent international carnivore experts.

As per the last estimation of 2014, India at present supports 2,226 tigers. Based on natural growth rate, the tiger population is now expected to register an increase of around 25-30%, with around 2,800 tigers in the wild.

This time around, the field methodology used is expected to photo-capture around 80% of the total adult tigers in the wild, which is amazing.

Also read: To Save Tigers in the Wild, Losing a Few Individual Animals Can’t Be Avoided

Managed forest areas in prominent tiger landscapes in the country with requisite welfare factors would also add to the respective tallies. We need to remember that the country has also lost around 470 tigers between January 2015 and May 2019 to natural deaths and poaching, including poisoning, snaring and electrocution.

As tiger numbers are, speaking generally, also reflective of the professionalism of foresters and wildlife managers, states would be pleased to win the coveted status of the “tiger state” in the country. This year Karnataka and Madhya Pradesh could be competing neck and neck for this position. 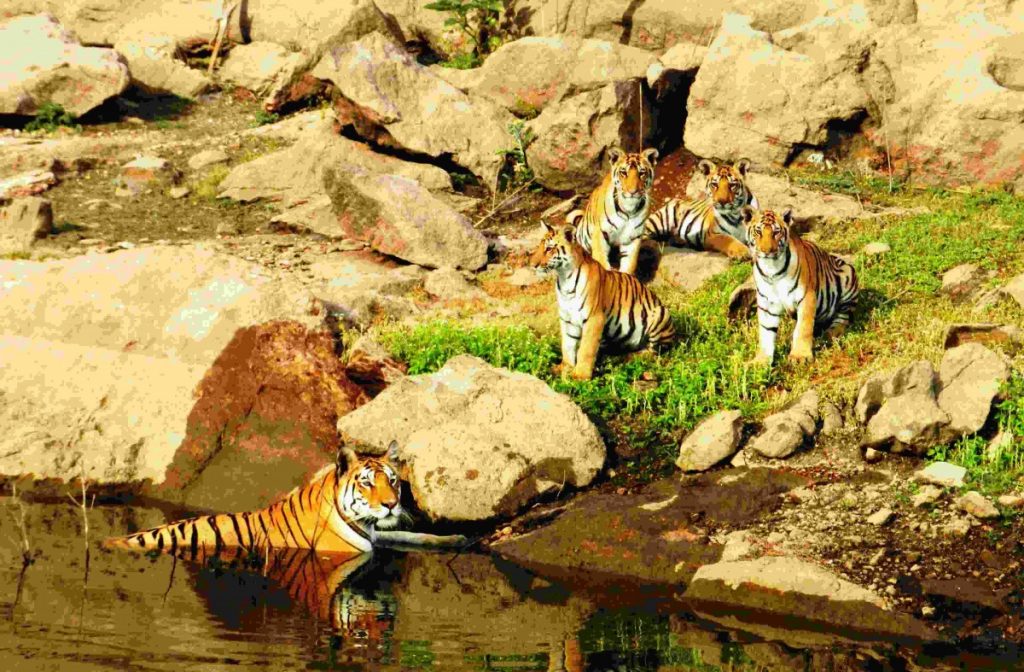 The Pench Tiger Reserve in Madhya Pradesh is an example of the kind of rich tiger habitats the country supports. Photo: R.B. Pathak

Karnataka is highly rich when it comes to biodiversity in the country. The state is endowed with varied climates, topography and soil resulting in expansive evergreen and tropical forests along with a wide range of agricultural and cash crop vegetation. The state also supports, besides six tiger reserves, a good network of protected areas with ecological connectivity.

Madhya Pradesh, with an impressive protected area network of 11 national parks and 24 wildlife sanctuaries, including six tiger reserves, has always been known for its fascinating wilderness heritage and tiger landscapes. These protected areas support a wide range of vegetation, grassy glades and water bodies, resulting in varied habitat types.

These habitats are home to multitudes of wild animals belonging to different species, some of them endangered, yet iconic. The wildlife wing of the state was extremely systematic and meticulous while conducting this estimation exercise in 2018, taking care to cover every last square kilometre of tiger habitat, so to speak.

We need to accept the home truth that tiger conservation in India, with its inherent problems of population and poverty, resulting in demand for rapid economic growth, is a never-ending task. It will be self-delusional to expect that the tiger population will reach a very high mark in the coming years, and will allow us to relax and lower our guard for a while. We are left with absolutely no scope for complacency.

Rakesh Shukla is research officer at the Kanha Tiger Reserve in Mandla.