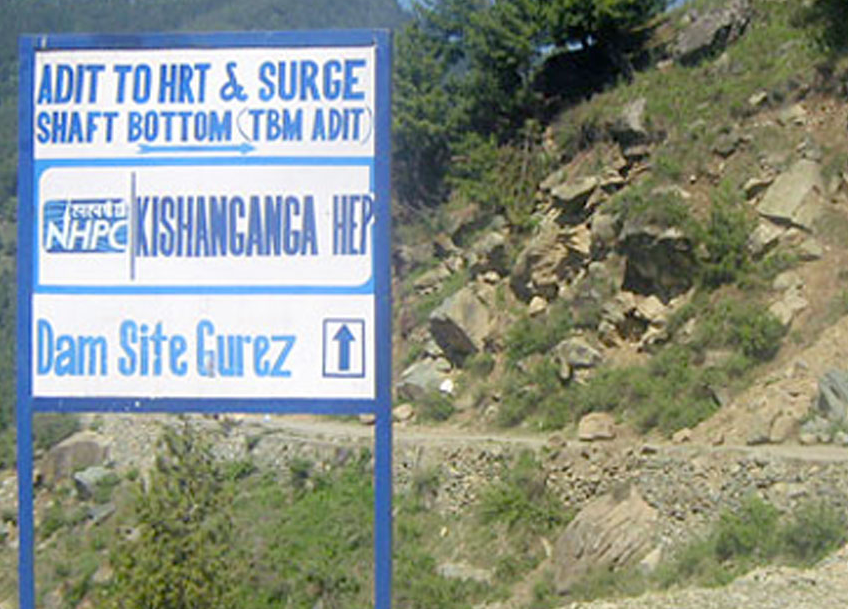 New Delhi: Raising questions about the “workability” of Indus Waters Treaty, India has refused to take part in the Court of Arbitration established by World Bank to solve the Kishanganga dispute with Pakistan, stating that it was “legally untenable” to set up two parallel dispute mechanisms.

The Ministry of External Affairs spokesperson Vikas Swarup said on Thursday that India had asked the World Bank to appoint a Neutral Expert, while Pakistan had demanded a Court of Arbitration to resolve the dispute on Kishenganga and Ratle hydroelectric projects.

“Inexplicably, the World Bank has decided to continue to proceed with these two parallel mechanisms simultaneously. India cannot be party to actions which are not in accordance with the Indus Waters Treaty,” he said, adding, “The Government will examine further options and take steps accordingly.”

It, effectively, means that while India will cooperate with the Neutral Expert, the Court of Arbitration will get no Indian participation.

The wrinkle with the World Bank takes place just as Indian government had made significant remarks about the Indus Water Treaty following the strain in relations with Pakistan. At a high-powered meeting on September 26, Prime Minister Narendra Modi sad that “blood and water cannot flow at the same time”. The meeting had also agreed to set up an “inter-ministerial task force for expeditious implementation of rights by India pertaining to the western rivers”.

It is, however, understood that the government is not looking at unilaterally revoking the Indus Waters Treaty.

Sources pointed out that the current issue arises as World Bank had violated the hierarchy of different dispute resolution mechanisms enshrined in Article IX of the Indus Water treaty.

At first level is the bilateral Permanent Indus Commission (PIC), followed by the Neutral Expert (NE). The Neutral Expert is appointed on request by either country if the PIC cannot resolve an issue.

The Neutral Expert can refer differences for resolution to a seven-member Court of Arbitration, which will included arbitrators nominated by India and Pakistan.

In 2013, a Court of Arbitration had ruled against Pakistan’s plea that Kishanganga hydroelectric project cannot be built in a tributary diversion.

Despite this, Pakistan had continued to raise objections about technical design parameters like pondage.

“Pakistan first suggested Neutral Expert even in 2015, which it rescinded later. It notified its intention to India to move for COA. India didn’t agree to this because there are design matters, preferably addressed by PIC, or at the most by NE,” official sources said.

Pakistan then approached World Bank in August this year to appoint a Court of Arbitration. India said that Pakistan’s demand was in “violation of treaty provision and procedure” as disputes related to design matters were preferably addressed by Permanent Indus Commission, or at most by the Neutral Expert.

In the same month, India also informed at the level of Permanent Indus Commission that the dispute should be addressed by a Neutral Expert.

“This was after a meeting of water secretaries of the two countries, which India offered out of good will, in July did not address the matter due to Pakistan’s intransigence as it had already decided to go for Court of Arbitration,” sources said.

The World Bank, faced with two requests from India and Pakistan, decided to agree to both – appointing a Neutral Expert and setting up a Court of Arbitration.

Indian sources said that World Bank was clearly advised that this would be illegal. As per the Treaty’s Article IX (6), while the Neutral Expert is dealing with a dispute, other mechanisms for settlement of differences and disputes will not address the same matter.