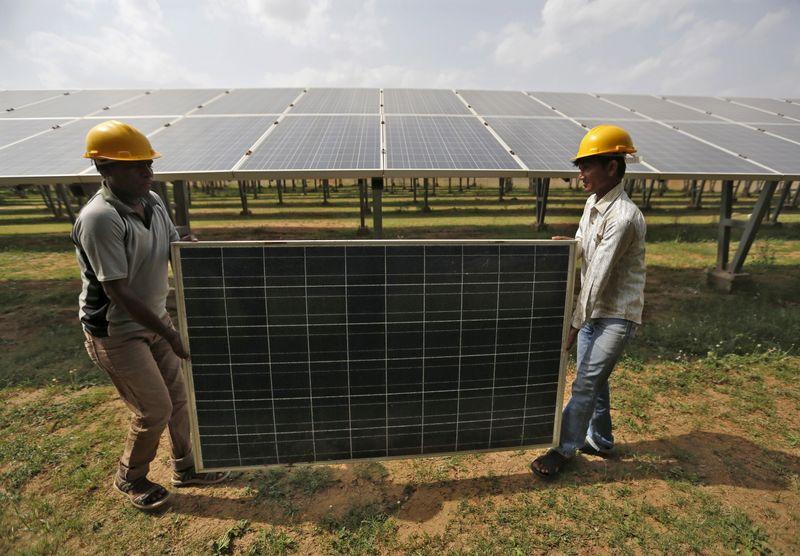 Kochi: On August 3, the Union cabinet approved India’s updated Nationally Determined Contribution (NDC), soon to be submitted to the United Nations Framework Convention on Climate Change (UNFCCC). An NDC is a set of long-term goals to cut carbon emissions and adapt to climate impacts that every country signatory to the Paris Agreement has to provide, and update every five years.

India’s updated targets include reducing emissions intensity of its GDP by 45% by 2030 from the 2005 level, and achieve 50% cumulative electric power installed capacity from non-fossil fuel-based energy resources by 2030. Climate and renewable energy experts welcomed the updates. However, it falls short on some actionable targets, said some.

India is one of the 193 parties signatory to the Paris Agreement, a legally binding international treaty on climate change. Under the Agreement, parties have to keep updating their NDCs (which are commitments made in order to adapt to and mitigate the impacts of climate change) every five years. India’s first NDC, submitted to the UNFCCC in October 2015, had eight main goals. These also included reducing the emissions intensity of its GDP by 33% to 35% by 2030 (from levels in 2005) and creating an additional carbon sink of 2.5 to 3 billion tonnes of CO2 equivalent by increasing forest and tree cover by 2030.

The Union cabinet chaired by Prime Minister Narendra Modi approved India’s updated NDC on August 3. As per this announcement, India will now reduce emissions intensity of its GDP by 45% by 2030 (higher than the 33-35% range mentioned in the first NDC) from 2005 levels. India will also achieve 50% cumulative electric power installed capacity from non-fossil fuel-based energy resources by 2030 (as opposed to a 40% target for this in the first NDC).

The updated NDC also highlights the importance of changing lifestyles for the environment in tackling climate change (the ‘LiFE’, Lifestyle for Environment, movement, as Modi referred to it when he introduced the concept at COP26 in Glasgow last year). One target is “to put forward and further propagate a healthy and sustainable way of living based on traditions and values of conservation and moderation, including through a mass movement for ‘LIFE’– ‘Lifestyle for Environment’ as a key to combating climate change”, the government press release reads.

Along with LiFE, Modi proposed five strategies or ‘panchamrit’ for India at Glasgow COP26. One target was to achieve non-fossil energy capacity of 500 gigawatts (GW) by 2030. The second was that India would meet 50% of its energy requirements till 2030 with renewable energy. India would reduce its projected carbon emission by one billion tonnes by 2030, and reduce the carbon intensity of its economy by 45 per cent by 2030. Finally, India will achieve net zero carbon emissions – when adaptation and mitigation measures ensure that the carbon produced and sequestered are balanced – by 2070.

“The decision by India to update its NDCs is in line with the PM’s Glasgow announcements,” said R.R. Rashmi, distinguished fellow, The Energy and Resources Institute. “It enhances the ambition and yet puts sustainable development at the centre of the debate.”

“These targets, while lower than the panchamrits, are actionable,” she said. “A reiteration of the renewables focus would have provided a fresh impetus for the renewables sector. But hopefully, the updated NDC will lay the path for achieving and exceeding PM Modi’s vision.”

The updates fall short on some “actionable targets”, said Vibhuti Garg, energy economist and India lead at the Institute for Energy Economics and Financial Analysis. The revised NDC does not include 500 GW of non-fossil fuel based capacity by 2030 and a reduction of 1 billion tonnes of carbon emissions by 2030, she said.

“The current renewable energy target stands at 175 GW by 2030. In order to achieve 2070 net zero goals, India needs actionable short term targets till 2030 that can help the country to achieve its long term goal.”

While the country is moving in the right direction to increase clean energy share, some supply side targets (such as renewable energy targets for 2030) would give better direction to various stakeholders, she added.