The Curious Case of the Indian Biological Diversity Act

The two main ambiguities in the Act’s regulatory mechanism are what is regulated and who are obligated to share benefits under the Act. 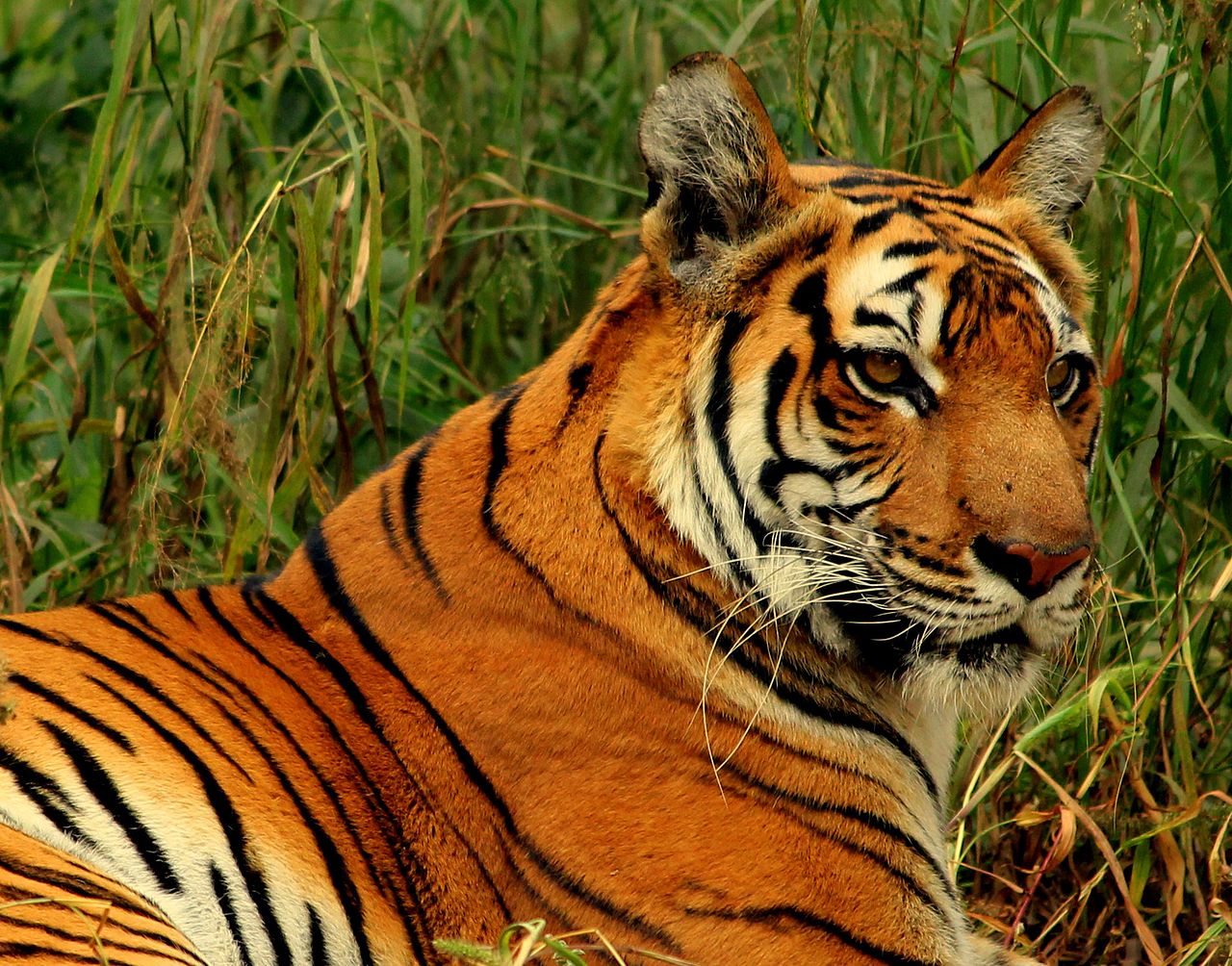 The Biological Diversity Act, 2002 (BD Act), that was enacted to meet India’s international obligations under the Convention on Biological Diversity, has introduced two new concepts into the legal and normative framework governing biodiversity in India – ‘access’ and ‘benefit sharing’. It regulates access to India’s biological resources and associated knowledge and makes provision for sharing of benefits arising out of their utilisation. However, this vital piece of legislation, which is the cornerstone of biodiversity governance in the country, especially on the fronts of sustainability and equity, unfortunately suffers from serious ambiguities in its regulatory as well as punitive mechanisms despite it being in existence for almost a decade and a dozen of cases having been brought under it before various dispute resolution forums.

The two main ambiguities in the Act’s regulatory mechanism are: (a) what is regulated; and (b) who are obligated to share benefits under the Act. These two issues have been brought before various adjudicatory forums by the user companies who have challenged the legality of the show-cause notices issued to them by different State Biodiversity Boards (SBBs).

In late 2013 and early 2014, about 13 petitions were filed before the Central Zone Bench of National Green Tribunal (NGT) by a number of companies against the show-cause notices issued to them by the Madhya Pradesh SBB. The notices stated that since companies are commercially utilising biological resources when extracting oil or brewing or distilling alcohol, they should be sharing monetary benefits gained from these activities with the SBB. These litigations prompted the Ministry of Environment, Forest and Climate Change (MoEFCC) to notify the Guidelines on Access to Biological Resources and Associated Knowledge and Benefit Sharing Regulations, 2014 (2014 Guidelines). These Guidelines explicitly provided for an obligation of sharing benefits with the SBBs which was otherwise not specified in the BD Act or the Rules. Thereupon, the NGT, without looking into the merit of the contentions, disposed of all these petitions stating that the SBB is at liberty to look at the issue afresh after taking into account the scheme of the BD Act, the Rules and the 2014 guidelines.

Later, interestingly, the AYUSH companies filed a writ petition before the Nagpur bench of the High Court of Bombay, inter alia, challenging the constitutionality of the 2014 guidelines. The writ petition sought for a declaration that the 2014 Guidelines do not apply to Indian entities not trading in any biological resources with non-Indian entities and that they are ultra vires the BD Act and thus unconstitutional. This writ petition was prompted by the show cause notices issued by the Maharashtra SBB to these companies demanding monetary benefit sharing. The Court is still hearing the substantial issues but has restrained the Respondents from taking any coercive action against the Petitioners.

In another series of cases before the Uttarakhand high court, eight writ petitions were filed by paper manufacturing companies in response to the notices issued by the Uttarakhand SBB under the BD Act and the 2014 Guidelines. These writ petitions were disposed of at the admission stage itself with a direction from the Court that no coercive action shall be taken against the companies as long as they inform the SBB about the bio-resources obtained by them from within the territory of Uttarakhand.

While there have been numerous cases filed under the BD Act as mentioned above, the provisions of the Act have not yet been substantially interpreted except in the Coal case. In the Coal case, the NGT had passed a judgment holding that coal is not a biological resource. In all other instances, the judiciary has stopped short of interpreting the Act in any detail or depth. The Central Zone Bench while disposing of the thirteen petitions filed before it as regards the show-cause notices issued by the Madhya Pradesh SBB, clearly stated that they have not examined the issue on merits. Similarly, the Uttarakhand High Court while dealing with the writ petitions filed by the paper manufacturing companies, observed that it would only examine two of the prayers in the petitions and would not deal with the other eight players, which required looking into the constitutionality of show cause notices issued by the Uttarakhand SBB, applicability of 2014 Guidelines to Indian entities and meaning of the terms ‘biological resource’ and ‘value-added product’.

Absence of mechanism to deal with biodiversity offences

The second major issue with the BD Act is the absence of provisions to deal with the criminal procedures for search, seizure or arrest. Juxtaposing this with the Indian Forest Act, 1927 and the Wild Life Protection Act, 1972, which have specific provisions to deal with search, seizure and arrest, indicates the procedural injustice posed by the BD Act. The Indian Forest Act has a specific chapter (Chapter 9) on penalties and procedures empowering forest officers to arrest, search and seize in connection with the offences punishable under it. Similarly, the Wild Life Protection Act has explicit provisions under Chapter 6, which vest the authorised officers with similar powers in respect of offences punishable under it. On the contrary, the BD Act only has a provision which states that “all offences under this Act are cognisable and non-bailable” (Section 58).This means that police can arrest anyone without an arrest warrant and that grant of bail is not a matter of right but a matter of discretion of the court. 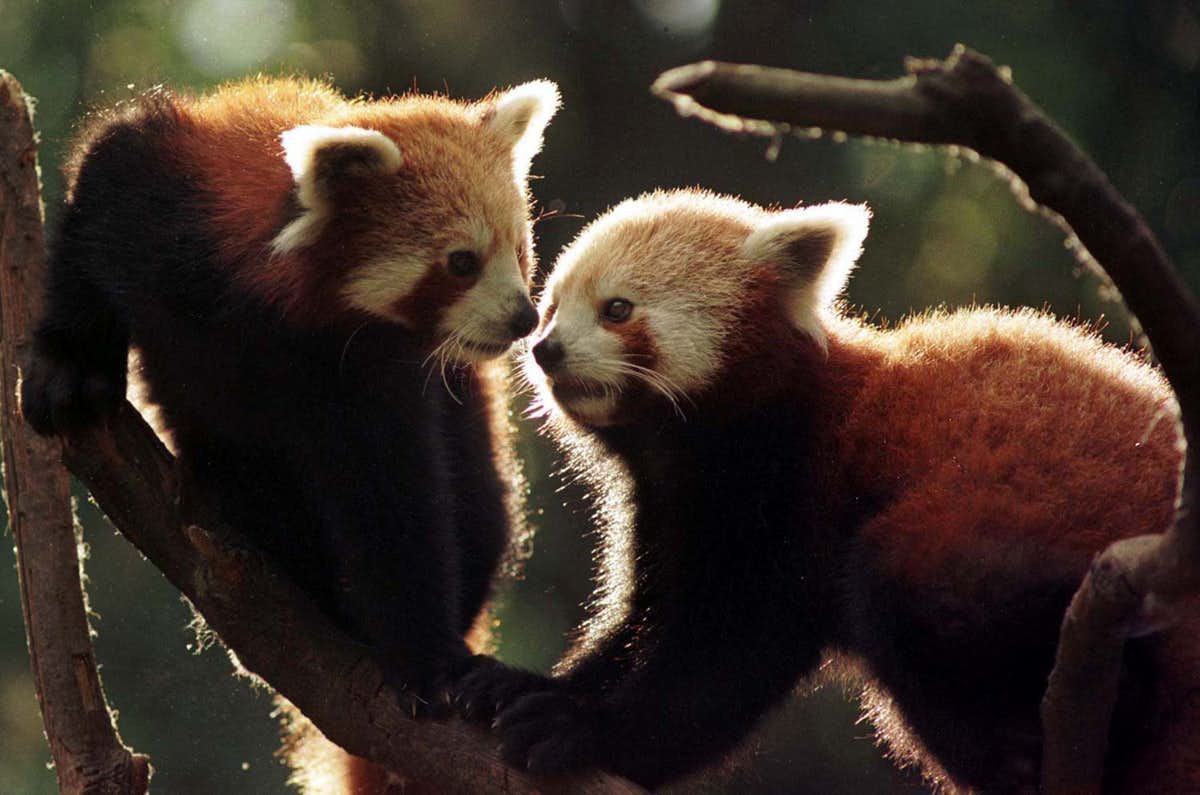 Himalayan Panda cubs in a zoo in Darjeeling. Credit: Reuters

Further, the presence of Section 61 in the BD Act makes it even harder to effectively deal with the offences under the Act. This provision states that “no Court can take cognizance of any offence except by a complaint made by the authorised officers”. To elaborate, under Section 190 of the Criminal Procedure Code, a magistrate can take cognisance of an offence through three means, namely: (1) complaint, (2) police report, or (3) information. Section 61 of the BD Act effectively limits the powers of a Magistrate to take cognisance of offences through only complaints and not the other two modes. This provision creates further ambiguity on the procedure of taking cognisance of an offence which is investigated by the police.

When one looks at the first and may be the only criminal case instituted under the Act till date, it becomes evident that all the criminal proceedings were invoked after filing of a criminal complaint before the Magistrate. The complaint was filed by the authorised officers of the National Biodiversity Authority, Karnataka SBB and Karnataka Forest Department in the court of the judicial magistrate, Dharwad. The subject matter of the complaint was the use of Indian germplasm for developing genetically modified brinjals (BT Brinjal) without the prior consent of the National Biodiversity Authority. In this instance, it is pertinent to note that no search, seizure or arrest was made by the authorised officers.

In contrast, the Madhya Pradesh SBB has recently constituted the Madhya Pradesh Biodiversity Enforcement Cell for taking legal actions including the arrest of those entities that are using biological resources without sharing benefits with the Board. Pursuant to this, a general manager of a company and two traders have been arrested under the BD Act. Factories of the company situated in Himachal Pradesh have been searched and biological resources seized by the Enforcement Cell with the assistance of the Forest Department and the Himachal Pradesh SBB. These actions of search, seizure and arrest of the Enforcement Cell raise serious questions on their constitutionality. As mentioned earlier, there are no explicit legal provisions enabling any of these actions under the Act. Even the sub-ordinate legislations such as the Biological Diversity Rules 2004 notified by the Central Government or Madhya Pradesh Biological Diversity Rules, 2004notified by the Madhya Pradesh State government only have one provision dealing with physical inspection of any area in connection with the implementation of the Act.

A call for action from a reluctant judiciary

The absence of a clear law is propelling a tug of war between users of biological resources and regulatory bodies. It is now high time that judiciary steps in to develop jurisprudence on sustainable and equitable governance of biodiversity while safeguarding the constitutional principles against arbitrary arrest, search and seizure.

The original article was published on SpicyIP.com. Read the original here.